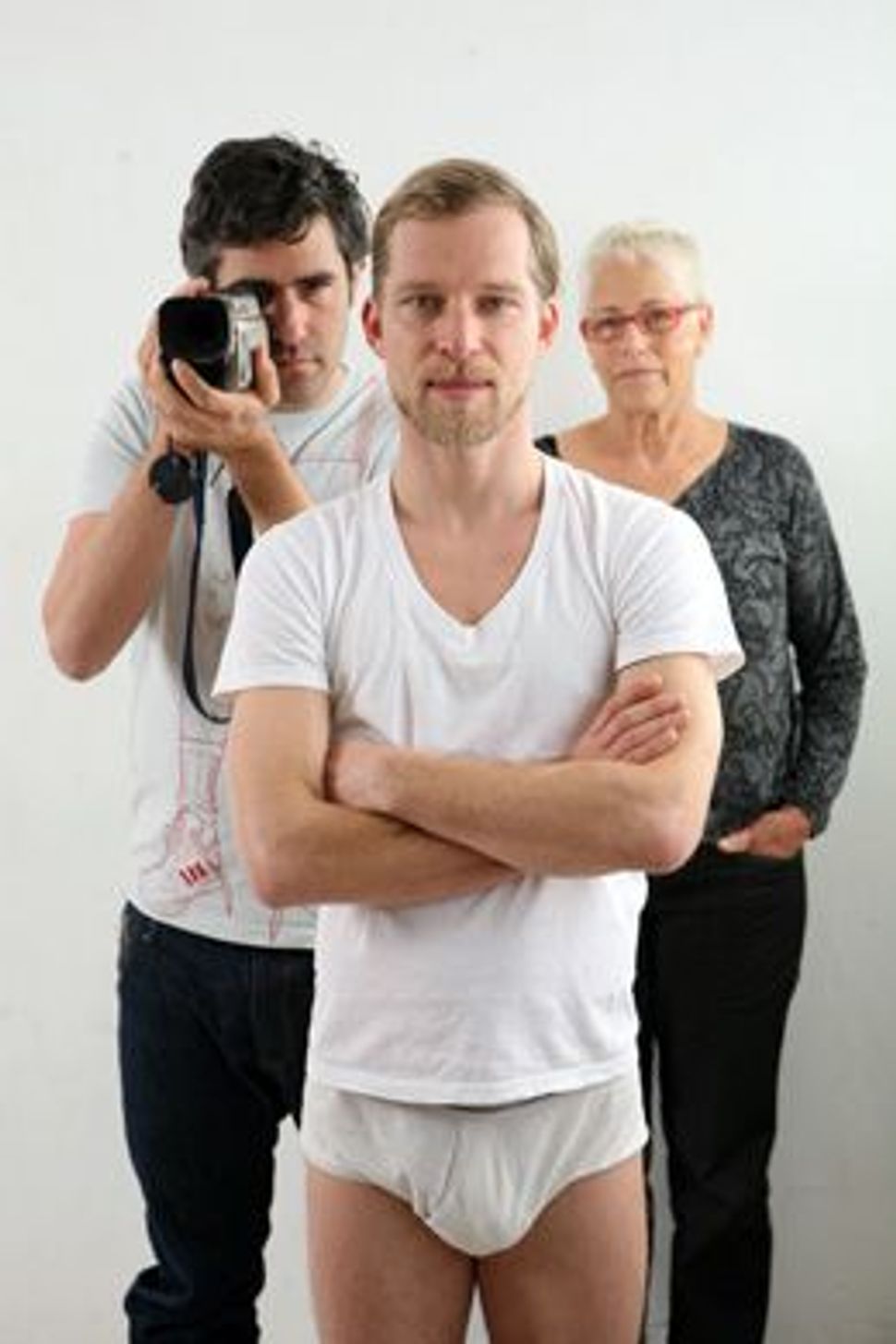 A Man and His Loves: With mother, lover and a movie camera, Tomer Heymann has all the ingre- dients of his film and life. Image by COURTESY OF HEYMANN BROTHERS FILM

In February 2006, Israeli documentary filmmaker Tomer Heymann traveled to Berlin to present his film, “Paper Dolls,” at the Berlin International Film Festival. One evening, he went in pursuit of the nightlife for which the city is justly famous, and met Andreas Merk, a German choreographer, at the electronic music mecca, Berghain. What started as a 48-hour fling turned into a four-year-long relationship that moves between Europe and Israel. 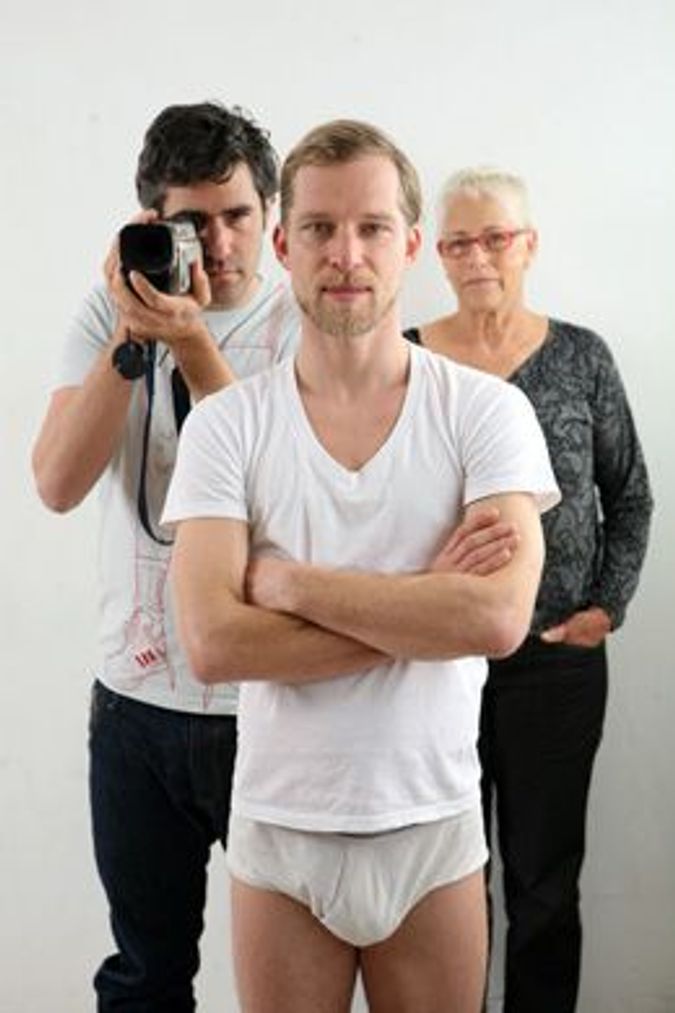 A Man and His Loves: With mother, lover and a movie camera, Tomer Heymann has all the ingre- dients of his film and life. Image by COURTESY OF HEYMANN BROTHERS FILM

Such is the premise of Heymann’s new documentary, “I Shot my Love.” The film made its world premiere at the 60th Berlin International Film Festival, which ended on February 21.

Told with raw honesty and unremitting scrutiny, the film examines the relationship between Heymann and Merk against the backdrop of Heymann’s family. More than a plea for tolerance, “I Shot my Love” looks at Israeli-German relations and at generational conflicts within contemporary Israeli life through the prism of this highly intimate love story.

At times uncomfortably personal, “I Shot My Love” is a departure for Heymann, 39, who is best known for the 2006 documentary “Paper Dolls,” about transgendered Filipino caregivers who attend to elderly Orthodox Jews by day and perform in a drag group at a Tel Aviv club by night.

Heymann obsessively documents his life, and “I Shot My Love” is assembled from video footage that he shot over the past four years (including, bizarrely enough, a tape of Merk from the morning after their first encounter). But while Heymann’s gaze often lingers worshipfully on Merk’s eyes and lips, the real anchor in the film is Noa Heymann, the director’s intensely Israeli mother.

Indeed, this tough, weathered woman who watched four of her five sons leave for the Diaspora often seems to be the “love” of the film’s title. Some of the film’s main drama is presented in her frank and open relationship to the one son who remains in Israel, and the influence she tries to exert over his life. She dispenses relationship advice and talks about sex with surprising (and at times brutal) candor.

At one point, she suggests that the gap between Israeli and German cultures is simply too great, and she questions whether Merk even belongs in Israel. The admission is jarring, especially since it comes from a woman who otherwise seems to tolerate all aspects of her son’s lifestyle. In the context of the film, however, it seems that Ms. Heymann is really voicing her anxiety that Merk might take her son away from her. Time and again, she insists that nationality should not be an issue. “Not all Germans are Nazis, and not all Jews are nice,” she says, delivering the film’s most memorable line.

One learns considerably less about Merk, 31, who responds to Heymann’s omnipresent (and often intrusive) camera by seeming alternatively flattered or irritated. In one frustrated moment, he lashes out at Heymann for treating him like a story rather than like his partner, and even laments that the two of them are unable to have good conversations when the camera isn’t rolling. For the audience, many such scenes are both difficult to sit through and disconcertingly confessional. Heymann, for his part, remains safely hidden behind his intrusive camera; one imagines a more satisfying film if the director had stood in front of the lens as emotionally naked as his lover and mother do.

Some humor and pathos come from the contrast between a loud family Seder, in which Merk takes part by reading the German translation of a prewar Haggadah that Heymann’s grandfather brought from Berlin, and from the director’s awkward visit to the Merk household for Christmas, which is the first time that Merk’s staunchly Catholic family meets his Israeli boyfriend.

At the question-and-answer session after the screening, Heymann said he grew up on his grandfather’s stories of Berlin before the war. “It’s so easy to be so cultural that you lose your humanity. Berlin was the cool place to be. And then not many years after, it completely changed,” he said.

Merk, who admits in the film that he was too afraid to ask his grandparents about their experiences during World War II, said after the screening that he finds that living in Israel “somehow makes being German somehow less complicated. The Israeli-German thing became present and daily and simple somehow, and there is no complexity there,” he explained.

“Andreas and Tomer, on this basic level, are two people who met and decided to share the light,” Heymann said, adding that the couple is now deciding whether to build a life together in Israel or elsewhere. The choice, it seems, would have to be made purely with an eye to their respective careers. Ideology and the weight of the history will not factor into what they finally decide. “The movie says it’s time to see each other not with all the complexes from the past,” Heymann explained.

A.J. Goldmann is an arts writer based in Berlin. His most recent article for the Forward was about choreographer Nir de Volff.

Watch the trailer for “I Shot my Love” below: