Don’t Talk to the Hand 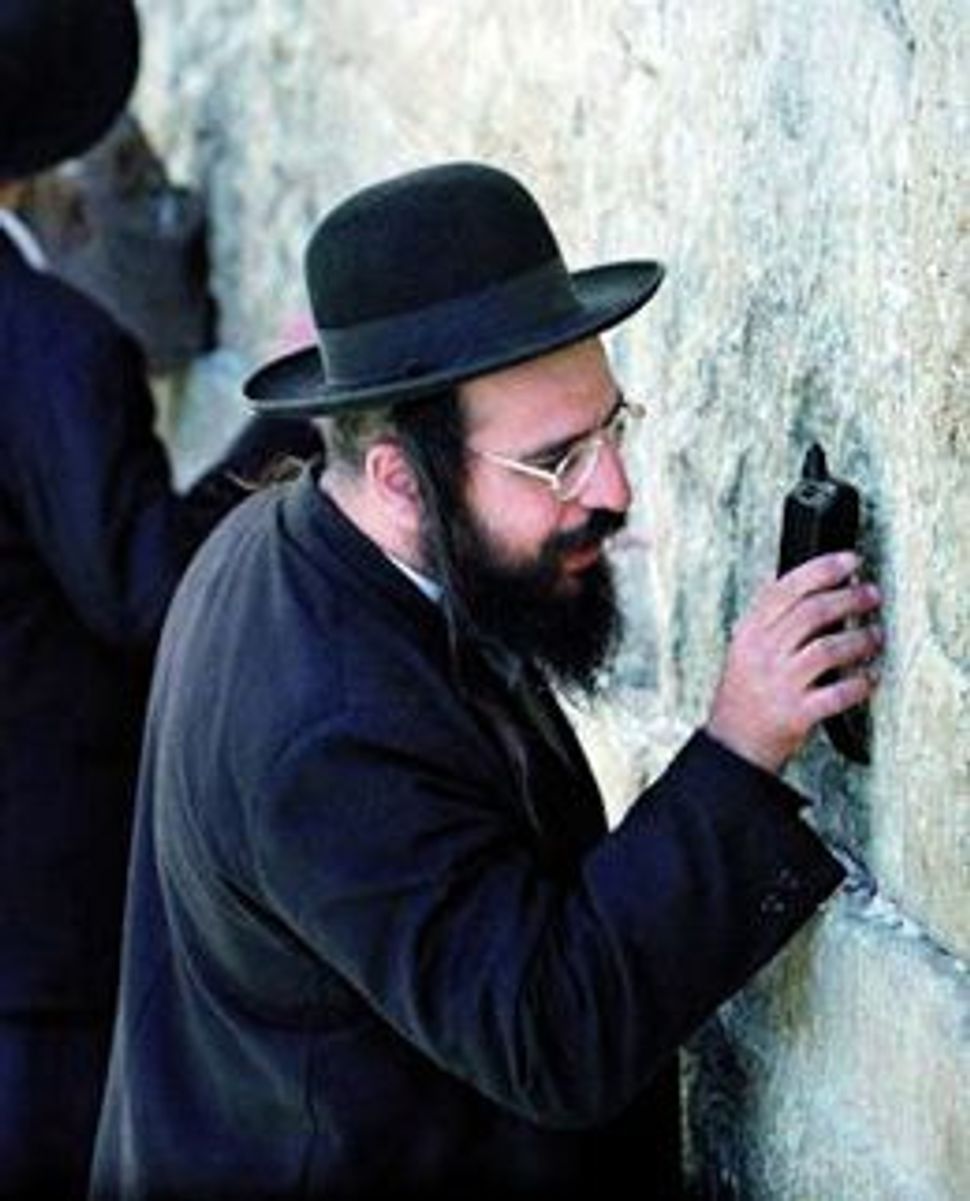 Can You Hear Me?: Some even talk to the Western Wall by phone. Image by WIKI COMMONS 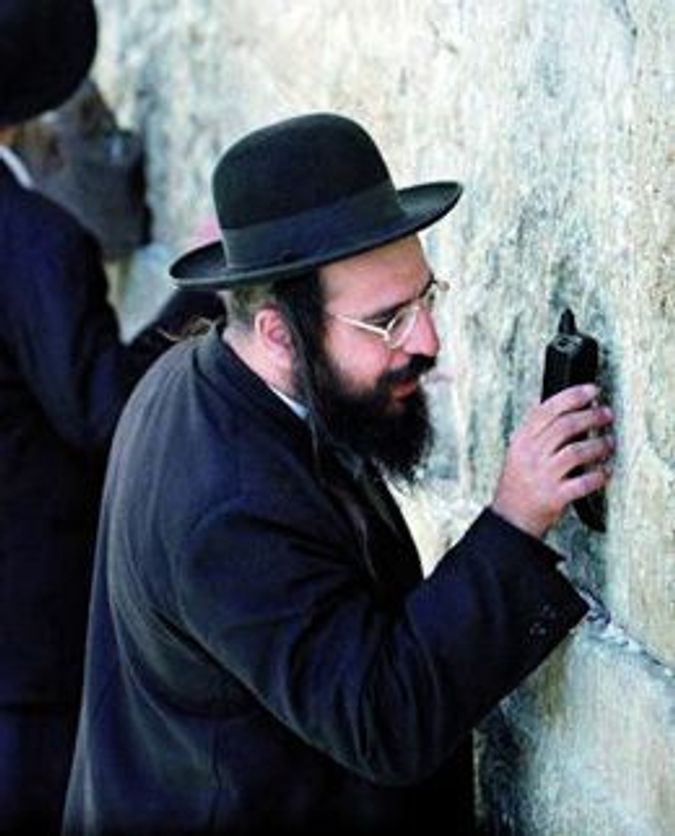 Can You Hear Me?: Some even talk to the Western Wall by phone. Image by WIKI COMMONS

“Perhaps you can help me with the origin of the Yiddish expression redn tsu der vant, to talk to the wall. Many languages may have such an expression to indicate the futility of efforts to persuade by speech or to gain a hearing for one’s thoughts. But given what became the secularist Yiddish contest with Orthodoxy, is there any chance that, in Yiddish, redn tsu der vant might have started as an anti-religious crack about the efficacy of prayer at the Western Wall?”

I think not, for a number of reasons. In the first place, the Western Wall was never called di mayrevdike (Western) vant in Yiddish, but always by its Hebrew name of der koysl hamarovi — ha-kotel ha-ma’aravi, as it is pronounced in Israeli Hebrew. Classical Hebrew has two words for wall, kir and kotel, the first biblical and the second largely rabbinic (although it occurs in the late biblical book of the Song of Songs), and although both would be translated into Yiddish as vant, only kotel was used for the Western Wall. And just as ha-kotel ha-ma’aravi was often shortened to ha-kotel, “the Wall,” which is how Israelis today call it, so der koysl hamarovi could be referred to in Yiddish as der koysl, but never as di vant.

Second, when secular Yiddishism first developed as an anti-religious force in the late 19th and early 20th centuries, the Western Wall was a remote legend to nearly all Yiddish-speaking Eastern European Jews, almost none of whom had ever been to it or to Palestine. Although such Jews certainly knew about the custom of praying at the Wall, few knew anyone who had actually done so. Thus, the religious skeptics among them were unlikely to have thought of praying at the Wall as a good example of the inefficacy of prayer or speech, or to have coined the phrase “speaking to the wall” in such a context.

The third reason, which would suffice in itself, is that, as Mr. Kass surmises, “talking to the wall” is a common idiom for speaking futilely in many languages, most of which never had any contact with Yiddish. Googling the phrase the other day, I came across an Internet site called WordReference.com at which, some two years ago, a participant asked whether the English expression “It’s like talking to a brick wall” had parallels in other languages. Here are some of the instances cited in reply:

French: J’ai l’impression de parler à un mur. (“I have the feeling that I’m talking to a wall.”)

Russian: Mne kajets’a ja so stenkoi razgovarivaiu. (“It seems to me that I’m talking to a wall.”)

Dutch: Als of je tegen een muur praat. (“As if you’re talking to a wall.”)

Portuguese: Parece que estou falando com a parede. (“It seems as if I’m talking to the wall.”)

Finnish: On kuin puhuisi seinälle. (“It’s like speaking to a wall.”)

Hungarian: Mintha csak a falnak beszélnék. (“It feels like I’m talking to the wall.”)

Walls, it would seem, have an international reputation for being unresponsive. If so many people go on talking to them anyway, I suppose it’s because when there’s no one else to talk to, a wall is still better than nothing.

On the other hand, I may have been overhasty when, two weeks ago, I ruled out any possible connection between Yiddish ponim, “face,” and the now archaic American slang word for face, “pan.” One reader, Sherwin Nuland, has written in to say that “‘pan’ as a term for face was a very common usage [among American Jews] in the 1930s and 1940s, at least in the Bronx where I grew up and Manhattan where I had after-school jobs.” Fred Mannis recalls something from his Jewish-Irish neighborhood in Boston. And two readers, Judith Luck Sher and Michael Sweet, have written to tell me that, as opposed to what I contended, ponim was in their experience very much part of the English of American Jews, as in a sentence like (cited by Ms. Sher), “I don’t want to see his ponim for a long time.” Mr. Sweet, moreover, adds, “My partner Leonard Zwilling, retired editor of the Dictionary of American English, reports that ‘ponim’ was used in 1902 by the Irish American sports cartoonist Tad Dorgan in a strip dealing with a prize fight, a spectator at which yells, ‘Hit ’im in the ponim.’”

This is particularly interesting, because it indicates that in the early 20th century, at least some non-Jews knew the word ponim, too, and even may have used it themselves — a fact strengthening the contention that ponim was used widely by English-speaking Jews and not just in such expressions of endearment as sheyne ponim (“beautiful face”) or zise ponim (“sweet face”) that were commonly cooed to children and babies. This still doesn’t mean that “pan” in the sense of “face” did necessarily derive from ponim, there being, as I wrote in my column, other reasons to doubt it, but it does reopen the possibility.

Don’t Talk to the Hand