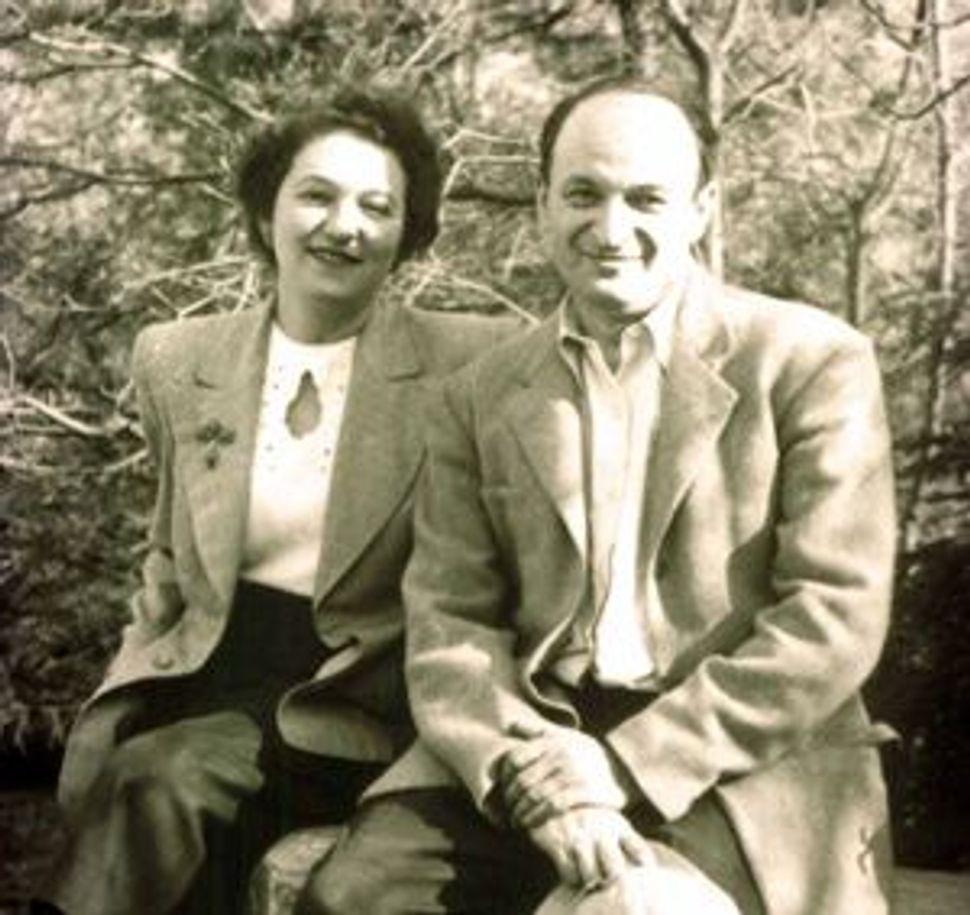 The novelist and the novelist?s wife: Edith and Milton Steinberg were writing part- ners, but certainly not models for Gomer and Hosea. Image by COURTESY OF BEHRMAN HOUSE 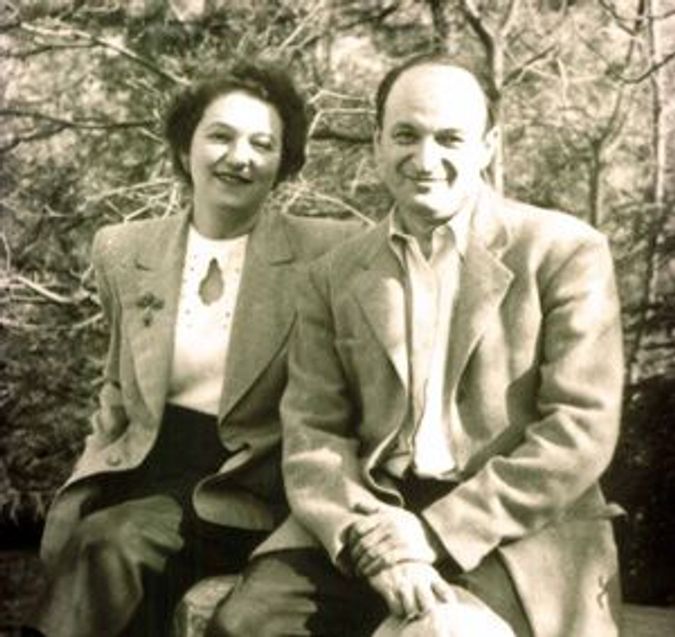 The novelist and the novelist?s wife: Edith and Milton Steinberg were writing part- ners, but certainly not models for Gomer and Hosea. Image by COURTESY OF BEHRMAN HOUSE

One expects a book called “The Prophet’s Wife” — with a cover illustration of a lush, bucolic biblical setting — to be one more attempt at cashing in on the recent vogue of romantic, sexually suggestive fiction on biblical themes, written by women, and presenting the previously “suppressed” perspective of the female characters. That is, until one notices the name of the author.

Milton Steinberg — who died in 1950 at the tragically young age of 46 — was a leading American rabbi and public Jewish intellectual. He officiated at the prestigious Park Avenue Synagogue in New York City, attracted large audiences to his erudite lectures there and elsewhere around the country, and provided a strong Zionist voice when the struggle for a Jewish state heated up. Steinberg also published widely on Jewish theology and contemporary Jewish issues.

Steinberg is best known, however, for the one novel published in his lifetime. “As a Driven Leaf,” which originally appeared in 1939, vividly portrays the inner conflict of the modern, secularly educated Jew torn between Western cultural values and Jewish loyalties. Told in the guise of the fictionalized career of rabbinic scholar Elisha ben Abuyah, who, the Talmud says, turned against his people, this exposition of the complexities of Jewish identity continues to attract a large and enthusiastic readership today.

Few knew that there was another novel that Steinberg was working on when he died. Ari Goldman explains in his foreword that Behrman House, which successfully reissued “As a Driven Leaf” in 1996, sought first to get another author to finish “The Prophet’s Wife.” When this proved impossible, the decision was made to publish the unfinished manuscript as is, along with short commentaries by Rabbi Harold Kushner and novelist Norma Rosen.

For this second novel, Steinberg took up the enigmatic story of the biblical prophet Hosea, who lived in the kingdom of Northern Israel in mid-eighth century BCE. Virtually all the Book of Hosea says about his personal life is that God commanded him to marry a woman who would be unfaithful and to have children with her, so as to symbolize the unfaithfulness of the Israelites to God as expressed through idolatry, sexual sin and oppression of the poor. Hosea complies: He and his wife, Gomer, start a family, and she indeed betrays him. Around this bare-bones account, Steinberg weaves a plausible biography of Hosea, imagining him harboring doubts about the conventional religion of his time, especially the focus on animal sacrifices and the polytheistic assumption that the Israelite God is a national deity, not creator and supreme ruler of the world.

What Steinberg clearly meant to be the book’s turning point is a dramatic encounter between Hosea and another contemporary prophet, Amos. There is, of course, no mention in the Bible of a meeting between the two, but Steinberg elaborates on the account in the Book of Amos of that prophet’s denunciation of the sacrificial cult in Beth El and his subsequent banishment by the high priest. We see Hosea profoundly affected by the prophetic fervor of Amos.

At the core of “The Prophet’s Wife” is Hosea’s relationship with the exotically beautiful but unfaithful Gomer. From the outset, we know trouble is brewing: Hosea lusts for and falls madly in love with Gomer, but she frankly admits that she does not love him, and accepts his marriage proposal as a way to escape her miserable home life. Sure enough, Hosea

eventually discovers Gomer in bed with his brother, and after he divorces her, she goes to live with the adulterer. Hosea is not quite sure if he is the father of her two children. The last scene in the manuscript has Hosea helping to defend the king’s palace against an attempted coup, trading bow-and-arrow shots with a rebel — the adulterous brother.

We will never know if the book could conceivably have achieved the iconic status of “As a Driven Leaf” had Steinberg lived to finish it and streamline the somewhat overblown narrative. Presumably the plan was for Hosea’s brother to die in battle and for Hosea to reconcile with Gomer and then make a public declaration to the effect that God had arranged all this as prophetic parable — in the words of the real Hosea — “for the land will be unfaithful to the Lord,” and as punishment, Israel would be scattered into the wilderness. After repentance (the final chapter of Hosea is recited in the synagogue on Shabbat Shuvah, the Sabbath of Repentance before Yom Kippur), God “will generously take them back in love,” just as Hosea took back Gomer.

Already seriously ill when he worked on this novel, Steinberg was by now far less interested in the philosophical threats to Judaism that animated “As a Driven Leaf” than in the mystery of the relationship between the human being and God, best grasped, as he agreed with Hosea, through analogy with the love between husband and wife that transcends all reason. How sad that he never got the chance to elucidate the metaphor.