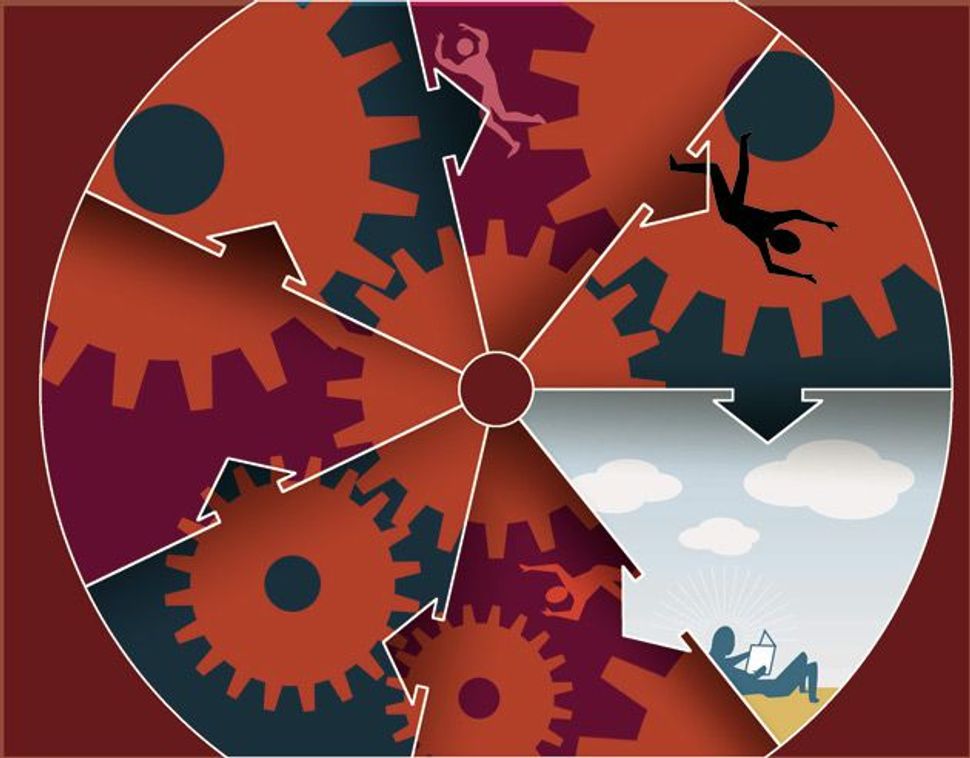 The Sabbath World: Glimpses of a Different Order of Time
By Judith Shulevitz
Random House, 217 pages, $28

‘The Sabbath World: Glimpses of a Different Order of Time,” Judith Shulevitz’s look at the Judeo-Christian practice of setting aside every seventh day for rest, is both an extended exercise in public history and a spiritual autobiography. Discourses about the roots of the Sabbatarian tradition; the various theologies, Protestant, Catholic, and Jewish, that recommend it; the representations of it in literature; and the sociological ideas that help explain it are interlaced with personal reflections detailing Shulevitz’s own slow, reluctant history of celebrating the day of rest. 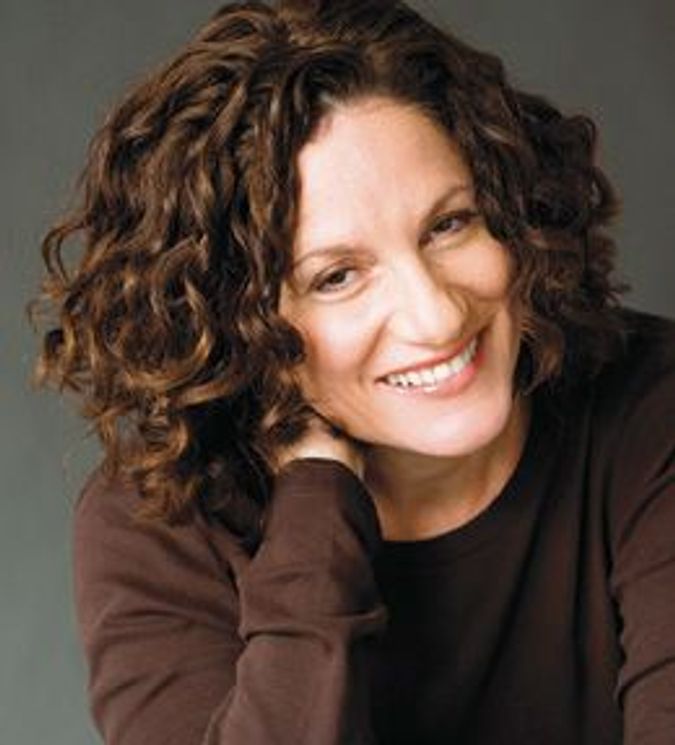 Gut shabbes! Judith Shulevitz reflects on a desire for a period of not-working. Image by ELENA SEIBERT

What recommends this book is the public history, which ranges, in a consistently illuminating way, from the Sabbath’s origins in Jewish antiquity to the mystery of Christians’ reassignment of the day to Sunday, from the Reformation Protestants’ rediscovery of the Sabbath to the Romantic and Victorian adoration of it. But Shulevitz’s personal memories are curiously detached, as if written by an author who seems determined to keep the day at a distance, like a teenager worried that a chaperone is watching.

Of course, like the chaperoned teenager, Shulevitz might actually be afraid of her own ardor. She can’t reject the Sabbath, nor can she freely embrace it, in part because she’s afraid of who’s watching: her secular friends, her colleagues, maybe even her family? “This book is about my ambivalence toward the Sabbath,” she writes frankly at the outset. That ambivalence is intriguing, and will be recognizable to many readers, but she never looks squarely at it. And that uneasiness with her own practice carries over, I think, even to the book’s historical sections: To judge by “The Sabbath World,” it’s a world entirely of the past. Chary of saying much about her own life and observance, Shulevitz avoids giving a sense, too, of Sabbath observance for the hundreds of thousands, perhaps millions, of contemporary Jews and Christians who structure their time each week according to this metaphysical notion.

It’s not fair, of course, to complain about the book Shulevitz didn’t write, except that she herself asks all the questions that go unanswered. She seems deeply interested in what we can learn, for example, from the Jews who attempt to abstain from all 39 melachot, or kinds of activity, forbidden on the Sabbath — those who do not carry, weave, sew, bleach, tie a knot, kindle a flame, or engage in those activities that seem homologous, such as using electricity. But with hardly an exception, Shulevitz never visits such a person in these pages. Nor does she get out and meet any of those Christians or Jews who might avoid rules and regulations but still reserve one day a week as somehow special or more restful. It wouldn’t have been hard to find telling, even funny anecdotes — I know a Reform rabbi who insists that his children honor the Sabbath by forgoing violent video games on Saturdays — but there is no reporting here, no interviews, no trips to congregations of observant people, or even diligent searches via Google.

As a swim back against the river of time, “The Sabbath World” is a wonderfully unusual, engaging trip. The straight-edged Puritans make an obvious appearance, but so do other, more obscure groups. I had never heard of the crypto-Jewish Sabbatarians who lived in Transylvania from the 17th century until Ceausescu’s Romanian army flooded their village in 1989, nor of the Subbotniki, Saturday Sabbatarians in 19th-century Russia whose descendants consider themselves Jewish. Such historical curios share space in Shulevitz’s admittedly loose, associative world, with theologians and authors and poets: legendary rabbis from the Talmud, Reformation heretics, William Wordsworth, George Eliot, Charles Dickens, Laura Ingalls Wilder, Rabbi Abraham Joshua Heschel. Shulevitz is at her most authoritative when selecting and surveying dead people.

And she is also terribly persuasive in marshaling sociology to suggest that we revisit the virtues of a day of rest. Drawing on scholars like sociologists Arlie Hochschild and Juliet Schor, Shulevitz restates the case that Americans are overworked. She shows how everything from the first public clocks in the 14th century to new management techniques in the 20th has conspired to rob us of leisure. She avoids pastoral sentimentalizing of the days of yore, but she is always clear-eyed about what we have given up, we who depend on our CrackBerrys.

Still, unless it is to be a dryly impersonal compilation of research, a treatise on the Sabbath inevitably will culminate in some sort of judgment. And we would hope that such a judgment would be backed up by some conviction. We have a bad way of living: check. And the Sabbath was invented — or discovered, or received — as a hedge against this bad way, and is a tool for renewal: check. But this is only a beginning. Now I want to know what the writer really feels. Shulevitz is mindful that the reader will have this yearning for a conclusion, but she is also, by her own description, shy. So there are bits of memoir, tracing the author’s journey from alienated teen to curious collegian to questing young adult. But there is also self-consciousness here, and there is self-consciousness about the self-consciousness. “The conventions of spiritual autobiography require me to conclude by telling you how I keep the Sabbath now,” Shulevitz writes near the end. You can almost see her blanch.

Caught between the reader’s curiosity and the author’s ill-suited temperament, this is a book in which even a banal personal fact is given up grudgingly: “A decade after I went to summer camp, I went to college. I should say, I went to Yale. It’s important to say that not only because I still have to fight a bad habit many Yalies fall into, which is to mumble the name or to say, with supremely false modesty, ‘in New Haven,’ when asked where they go or went to school. It’s also important because only at Yale in the 1980s could I have become a member of a new religion” (referring to deconstructionism). Good grief, Judith, why not just say you went to Yale? (Full disclosure: I went there, too!) For that matter, why did I finish this book not knowing your husband’s first name, how many children you have, what you did for a living before writing this book, what neighborhood of New York you live in, or how you practice Judaism on non-Saturdays? The point of spiritual autobiography is that the reader need not be God, or one of the elect, to get to know you. St. Augustine wasn’t so stingy.

Perhaps I am being a bit unfair. Just as there is a time for rest, there is a place for reticence — I seem to be the only one who doesn’t put pictures of his children on Facebook, a failing for which I have been chided. But having meditated, elegantly and painstakingly, on the tradition of the Sabbath, Shulevitz has earned the right to be more fearless in her endorsement. And her reader has earned the right to know whose advice is being offered here. I suspect that Shulevitz actually loves the idea of the Sabbath, and that, if drunk or talking to her best friend, she would sing its praises a bit more sloppily, lustily, convincingly, personally. The writing warms up near the end, when Shulevitz finally describes her current Sabbath regimen, and there’s something poignant about her recognizable little triumphs and defeats: “I recently confronted the specter of Saturday-morning soccer practice, and was defeated by it. My son now plays soccer instead of going to synagogue, and my husband goes with him.”

So they’re holding soccer practice on shabbes in New York? The homeland? At last, Shulevitz gives us a bit of reportage, at once personal and worldly, snapping all the history and theology and sociology into focus. It makes us see the problem; it makes us long for a solution. It shows us how useful this frustrating book really is.

Mark Oppenheimer, a religion columnist for The New York Times, is the author of “Wisenheimer: A Childhood Subject to Debate.”