An Inquisition for the 21st Century 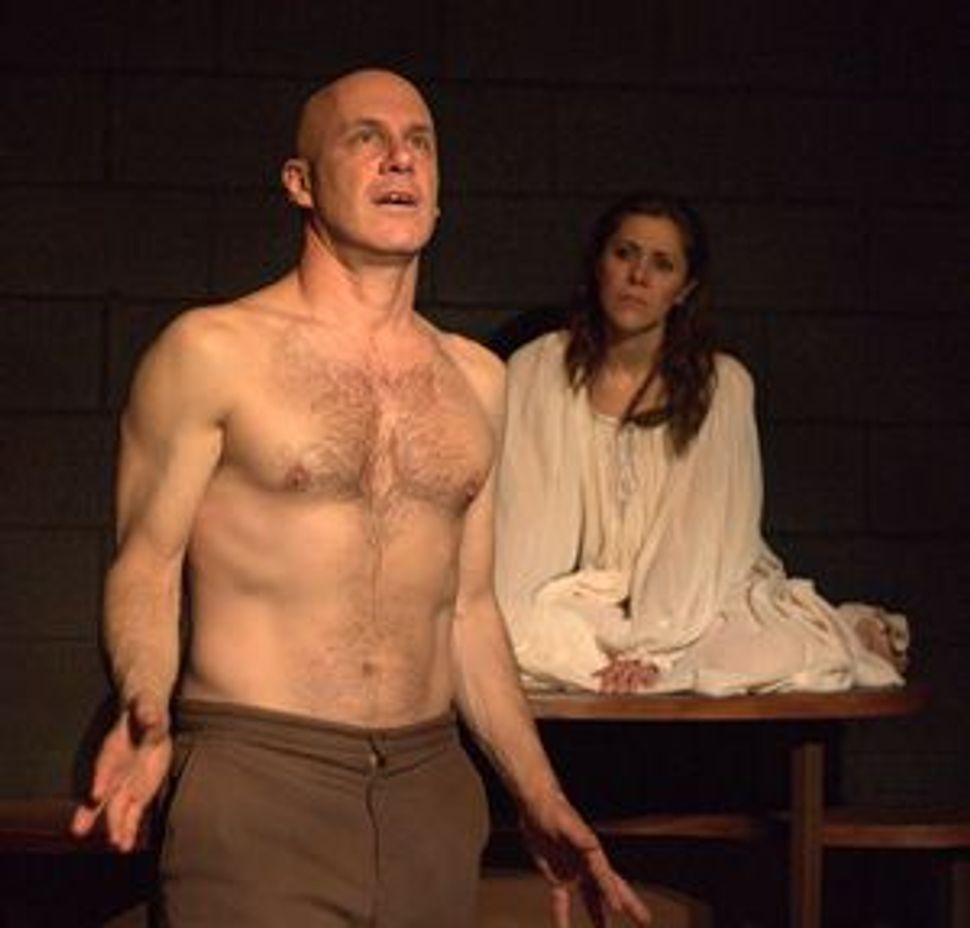 One of the most striking things about “Conviction,” a new adaptation of Oren Neeman’s play by Mark Williams and Ami Dayan (who also stars), is the impassioned, dreamy description of Jewish rituals by the 15th-century Spanish priest Andrés González (Dayan) as he learns them from his beloved, the Jewess Isabel. The exhilaration in his voice and the wonder on his face as he describes falling in love with Judaism, and Isabel, remind us how easy it is to take Jewish ritual for granted. 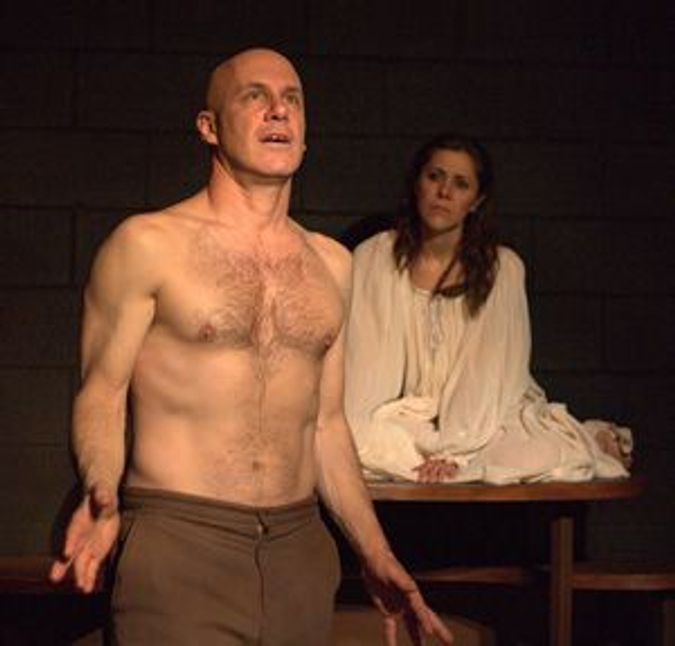 “Conviction” is a vivid portrait of the lives of hidden Jews during the Spanish Inquisition: the dangers faced by those who clung to their faith, and even those who gave it up. The period details come mainly from Andrés’s confession to Juan de Salamanca (Kevin Hart) and, although the play is fictional, González really did exist. The program includes a short excerpt from his confession, while projections on the wall are credited as being made “from the official Inquisition file of Andrés González.”

Neeman’s earlier adaptation of Yonatan Ben Nachum’s novel (winner of the 2001 Prime Minister Prize for Hebrew Literature) was highly successful in Israel. It won the 1996 Theatre Netto Festival Prize in Tel Aviv and played for five years in repertory at Habima, Israel’s national theater. Dayan and Williams’s version, commissioned by the Denver Center Theatre Company, where it premiered, expands Neeman’s one-man adaptation into a three-character story.

So compelling is the love story at its heart that the play’s dramaturgical flaws are forgivable. With three actors, the framing interviews — a historical confession and a contemporary interrogation — are clearly distinct from the lovers, but the setup is clunky.

Despite successful runs at Chicago’s Victory Gardens Theater and at the Rubicon International Theatre Festival, “Conviction” still relies on clumsy exposition, an overly narrative format for the stage and a literariness that falls flat as often as it soars.

Professor Tal (also Dayan) is caught stealing from the Inquisition archives in the 1960s. But the prickly diplomatic relations at that time between Spain and Israel add little to his interrogation by the director of Spain’s National Archives (also Hart). This whole modern interlude adds tension but goes on too long and feels like packaging for the juicy part — the torturers and victims of the Spanish Inquisition.

As the director opens the file, trying to figure out what Tal wanted to steal, we awkwardly enter into Andrés’s confession to Juan. The confession they read evolves quickly into something florid and highly detailed, as if it were, well, taken from a 21st-century novel. The play’s novelistic origins surface in that story, too: The “flashbacks” are all in Andrés’s memory, so we never see Isabel without Andrés. Isabel exists only as Andrés confesses her.

Andrés begins by telling Juan how he defused the explosive anger of a mob on its way to burning the home of a suspected Jewess (who apparently had “bewitched” a stupid farmer into seeing her naked through her clothes). Juan had been Andrés’s teacher, and when both say in unison, “for a mob has many heads, but no brain,” it’s easy to like these humorous Catholic priests. But when Andrés begins to tell his friend how he discovered a Tisha B’Av service in progress but returned just to visit the Jewess, Juan grows increasingly uneasy. Andrés returns again and again to see the young woman.

Parts of the story are enthralling, including Isabel and her family revealing to Andrés that they already know about his hidden past — he himself was born a Jew — as well as Andrés’s description of the horrific torture of his father. Less fascinating is Andrés’s unmotivated need to confess all this to Juan, who orders him to be silent and tries to interrupt his confession. Credit to Dayan for an Andrés so sincerely carried away that he misses warnings from Juan that could be more obvious only if they were in semaphore.

Director Jeremy Cole also deserves credit for keeping up the energy: employing movement and blocking that are balletic to keep the play from feeling too talky. The music by Jon Sousa and Yossi Green adds a moody, Latin atmosphere, and also signals time and scene changes that move from 20th to 15th-century Spain, and to the home of Isabel from the confessional.

Andrés calls himself “a priest by day, a Jew in the dark,” and the set, which Cole also coordinated, creates a sense of darkness and mystery that supports the tension in this story. Black walls with projections of writing serve as an ominous backdrop to a Spanish desk and a multilevel altar table with flickering candles.

Hart does better as the shocked, gentle Juan, who has his own secret origins to shield, than he does as the tense museum official. As Isabel, Catharine Pilafas is a little shrill though winsome, more East Side girl than mystic — but that choice has its own charm. Her simplicity as a normal woman in an abnormal world puts the horrors of autos-da-fé and the Inquisition in relief. It also makes her spirituality more touching.

Though the plot is somewhat obvious, the rich texture of the performance sticks in the memory — as with a fine novel. Plays about the Holocaust are common, but not dramas about Jews during the Spanish Inquisition, yet the wounds suffered then were deep, and the ramifications profound. The final moments of the modern-day narrative suggest that the history of those tortured Jews of Spain continues, and it is we who have to write it.

An Inquisition for the 21st Century