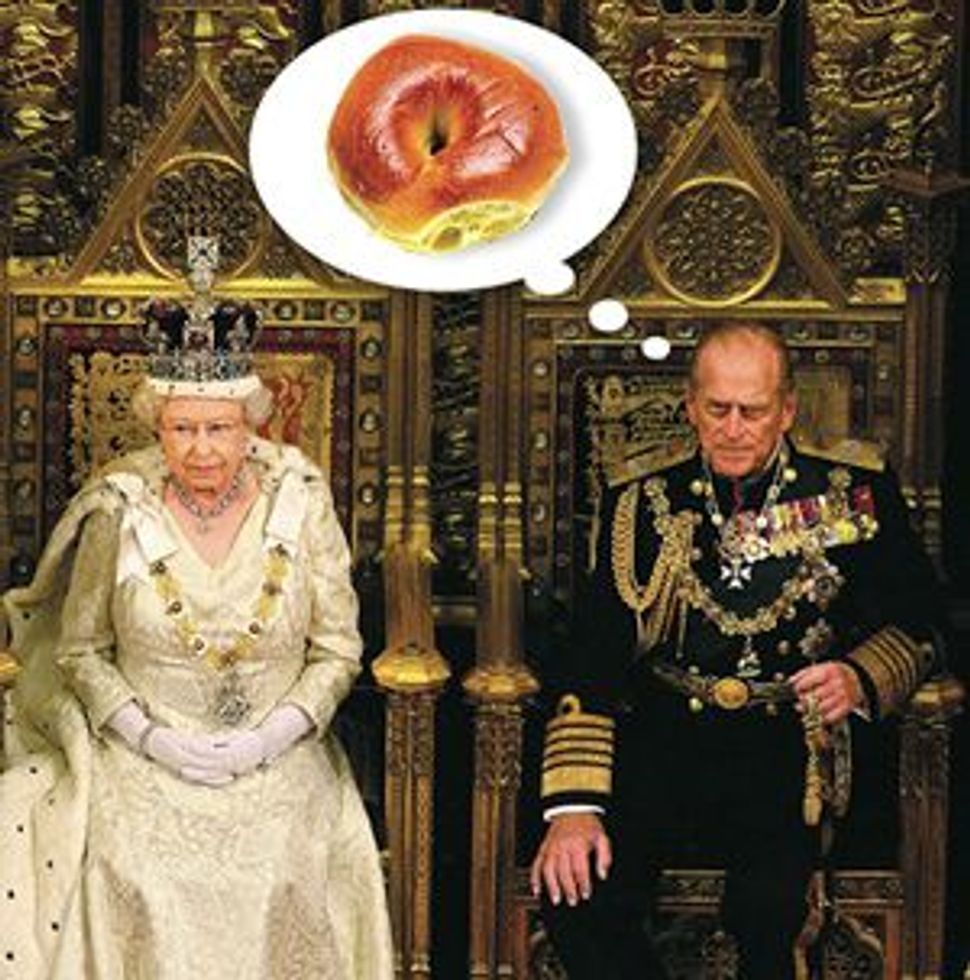 When I first came to London in 2001 and, in my brazen, comfortable-in-my- skin North-American way, wished a fellow performer a “happy Passover” during a workshop, she was shocked and cringed, and later told me to “shh in public.” This year, however, the London Jewish community is gearing up for the Other Seder, a 300-person event that includes puppet shows, Yiddish swing music and a video collaboration with Skirball Center for Adult Jewish Learning at Temple Emanu-El. Passover is a holiday that aims to celebrate springtime and newness, and what’s fresh in Britain is cultural Judaism. 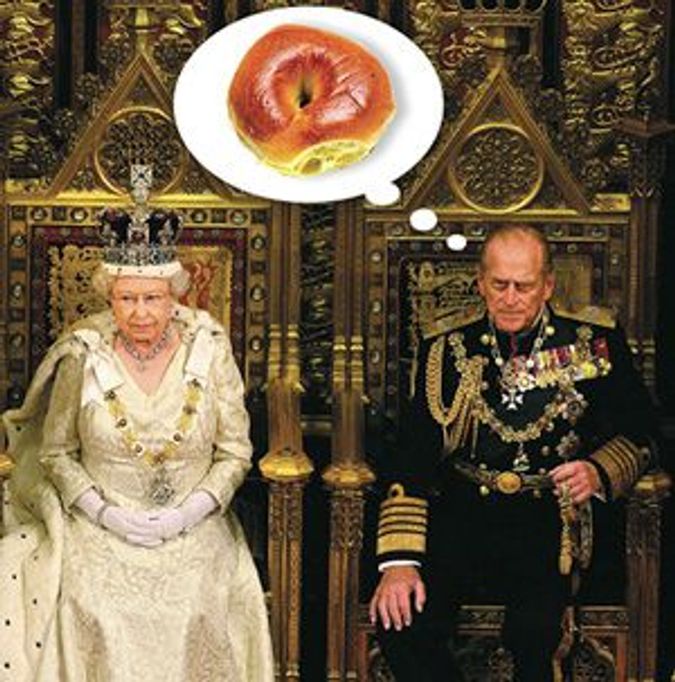 This form of Jewishness, long a staple of modern Jewish life in North America, is new to British Jews. Though legally resident for 17 generations (since Cromwell’s 1656 readmission), and with a disproportionately high number of Members of Parliament — among other markers of establishment and representation — the Anglo-Jewish community is a relatively tiny one. It has generally kept to itself, both because that’s the British way (privacy, general shame) and because it was often dangerous or uncomfortable to be “out.”

The London Jewish Quarterly’s editor, Rachel Lasserson, explained: “When I grew up, you could have a Jewish life either at synagogue or in your neighborhood. I didn’t pray regularly, and didn’t live near Jews. I had no place to celebrate my roots.” Being insular and religious, or the alternative — being in denial — had been the choice.

But the past decade has witnessed an increasing willingness to be “openly Jewish” and “Jew-ish.” New organizations have sprouted, including the hip, youth-oriented Jewdas, London’s Moishe House and the Wandering Jews minyan; KlezFest and YaD Arts music producers have built large audiences; the Jewish Quarterly has been revamped to focus on international politics and literature; Limmud (a homegrown British institution) has developed exponentially, even franchising to the United States, and London’s Jewish Book Week has become a cultural event of note. Established British comedians like Sacha Baron Cohen, David Baddiel, Matt Lucas and Simon Amstell have started alluding to their Jewishness in their shticks, nudging it ever so slightly in front of the mainstream screen.

This new Jew scene has been facilitated in large part by the Jewish Community Centre for London, which acts almost as an umbrella organization for many of the others, influencing and co-producing events with them, like the Seder. Founded by philanthropist Dame Vivien Duffield — who on a 2003 visit to New York City was inspired by the JCC in Manhattan’s diversity of audience (denominations, nationalities, ages) and activities (lectures, theater, aerobics) — the London center has a building in the works.

Meanwhile, since 2005 it has curated and hosted events at venues across London, including the first Jewish Comedy Store night, hummus festivals, socializing with Darfuri refugees and salsa workshops. According to creative director Juliet Simmons, the JCC has “shifted the London-Jewish cultural course by adding a ‘light touch’ to Jewish programming and providing a community for those who wouldn’t naturally have one — singles, Israelis and people under 45.”

The JCC aims to create lively events for new audiences and an exciting environment for Jewish artists, and unlike earlier attempts at cultural outreach, they offer payment. Well-known British comedian David Schneider says he has a “bungee umbilical cord” that has kept him returning to Jewish comedy over the past 25 years, and he feels that the JCC changed the Jewish landscape by offering a nonpartisan platform, being well funded and presenting high-quality productions.

They are still building it, but people are already coming. In 2009, Schneider hosted a JCC-sponsored Yiddish cabaret at London’s Jewish Book Week that sold out a 500-seat venue. Anglo-Jewish audiences feel the catharsis when a performer simply says he is a Jew. They appreciate assembling in places other than synagogues and enjoy the old-school Jewish humor of not belonging and awkwardness.

The JCC’s current season, with events like flirting seminars and courses in cupcake design, is New York themed. The city where you can order challah French toast and matzo balls at diners provides a cultural-Jewish inspiration for those Brits recently out of the Jewish closet. The JCC, though, has to struggle with the cultural context. In the United Kingdom, there’s plenty of anti-Zionism and ingrained genteel antisemitism, but little pop-cultural awareness of Judaism, and no Yiddish words in sitcoms. The JCC aims to produce work that is of London art-event standard and accessible to a general Time Out audience, promoting Jewish work in a larger and non-Jewish cultural sphere, which is a novel attempt in England.

The stranglehold on religious Judaism by the politically and culturally conservative, but religiously Orthodox, United Synagogue has led many of these new organizations to avoid religious affiliation. The JCC wants all Jews to feel comfortable participating. Simmons credits Limmud, the cross-denominational Jewish-learning festival in which, as Chair Carolyn Bogush put it, one can see a woman in a sheytl chatting with one in a yarmulke as a community-building inspiration.

Similarly, the London branch of Moishe House also differs from its American counterparts by not being attached to a synagogue, only for more subversive reasons. Founder Joel Stanley, 30, wants Moishe House to be an alternative to mainstream Judaism, claiming that it’s an “oasis” where even atheist Haredim feel welcome. It’s a proud grass-roots outfit that blends hamantaschen with indie music and shares aesthetics with London’s underground art scene more than with any synagogue hall.

In some respects, this is just the Jews keeping up with the Joneses. To a degree unprecedented in modern history, British society is becoming significantly, and openly, multiethnic. National identity issues are at the fore in a post-empire European Union country that is experiencing unprecedented immigration, but one where church and state are still wed, race and religion are important and the legitimacy of subcultures is still in question.

The mainstreaming of South Asian culture in the 1980s and ’90s (like Bhangra clubs and “Bend It Like Beckham,” and curry replacing fish and chips as the most eaten meal), including an Islamist strain (Rushdie’s fatwa, “My Son the Fanatic,” the shoe bomber), has led the Brits to ask themselves (albeit quietly) who they are. Josephine Burton, 33, co-founder of YaD Arts and co-producer of the Seder — for which, since 2007, she has annually commissioned artists to explore elements of the ritual through a contemporary lens — began her career in 2000, influenced by London’s South Asian community. She noted that musicwise, they were mixing traditional beats with London club sounds, inspiring her to re-create Jewish music for contemporary listeners, explore dual identities, mix cultural influences and instigate “cool” Jewish pride.

Even the Orthodox movement recognizes the importance of multiculturalism in England and is asking questions of its own position. Chief Rabbi Jonathan Sacks (of the United Synagogue) has a new book, “Future Tense: Jews, Judaism, and Israel in the Twenty-first Century” (Schocken), in which he argues that it is time to look outward and that Jews must work with other religious groups toward social justice. Promoting engagement with global culture marks a change in a community that has long been focused on looking inward.

As demonstrated by the recent Jewish Free School controversy in London, when a boy’s school application was rejected because his mother’s conversion was non-Orthodox, some Jews still self-define according to religious criteria. The new Anglo-cultural Judaism is not pervasive, but it is real. Journalist Jonathan Margolis recently wrote in the Guardian that he is a “bacon-bagel” Jew: loving the culture, but not the religious constraints. His personal essay, which reflected this increasingly widespread but little publicized phenomenon, and in which he explained and defended his culturally “Jew-ish” position, ran because these are the issues at stake in England now. In a country new to hyphenated identity, it remains to be seen what being Anglo or being Jewish will mean to Anglo-Jews of the 18th generation and beyond.

Judy Batalion is a Canadian writer and performer currently based in New York City. She lived in London from 2001 to 2009, where she twice hosted the Other Seder.