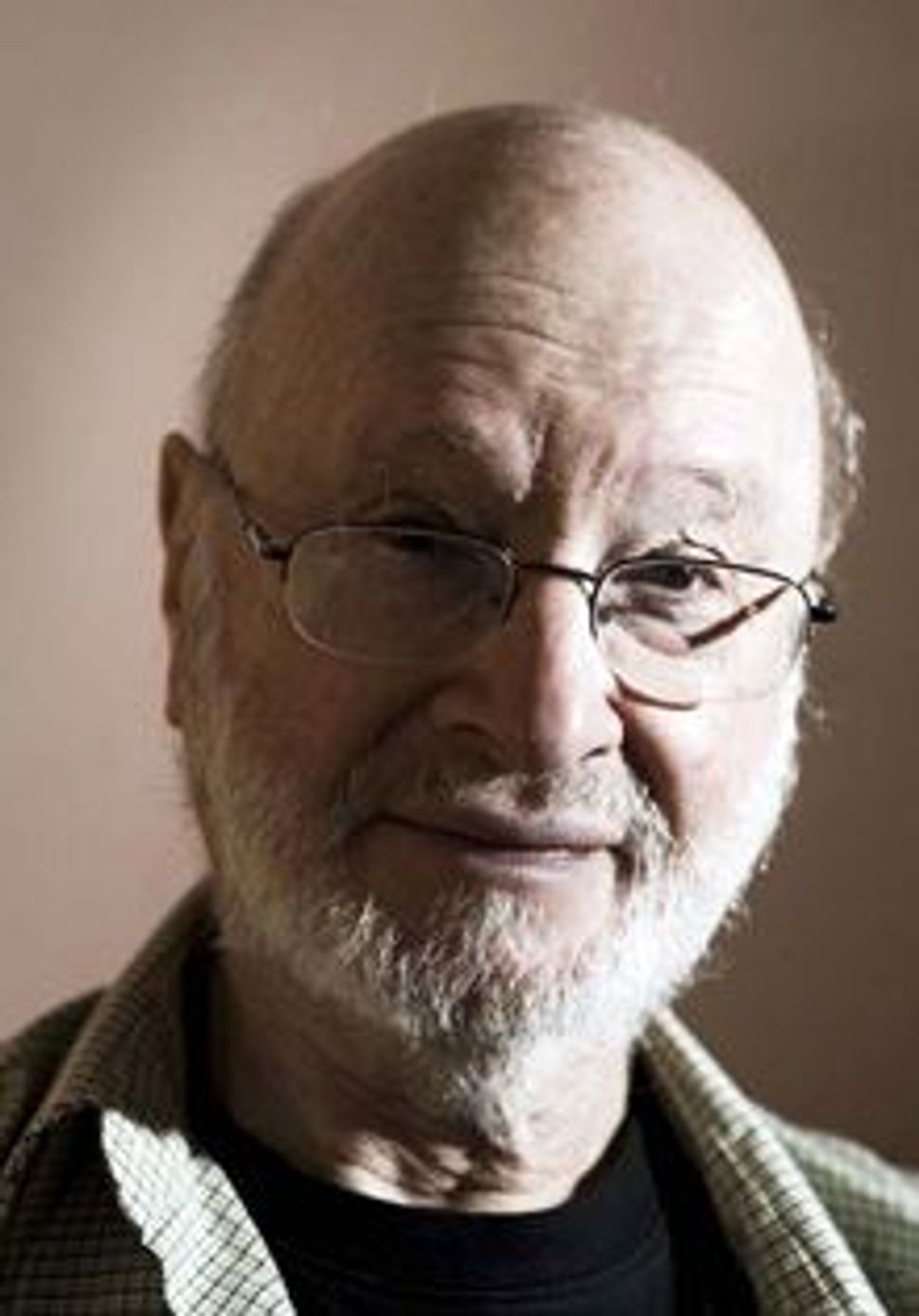 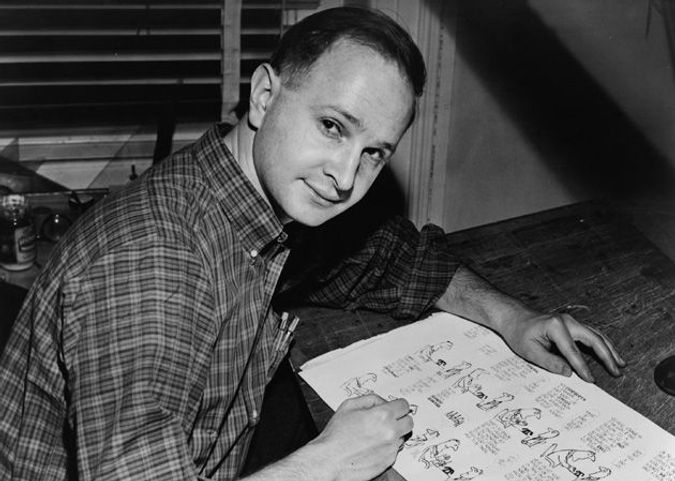 Backing Into Forward: A Memoir
By Jules Feiffer
Nan A. Talese/Doubleday, 464 pages, $30

At 81, legendary Bronx-born cartoonist Jules Feiffer has accumulated a lifetime of slights, snubs and insults, and he expresses his anger about them all in his recently published autobiography, “Backing Into Forward: A Memoir.” Author of the noir play “Little Murders” (1967), which in 1971 was made into a film, as well as of the screenplays for “Carnal Knowledge” (1971) and Robert Altman’s quirky “Popeye” (1980), Feiffer has had a variegated career as artist and writer that translates angst into witty craftsmanship. 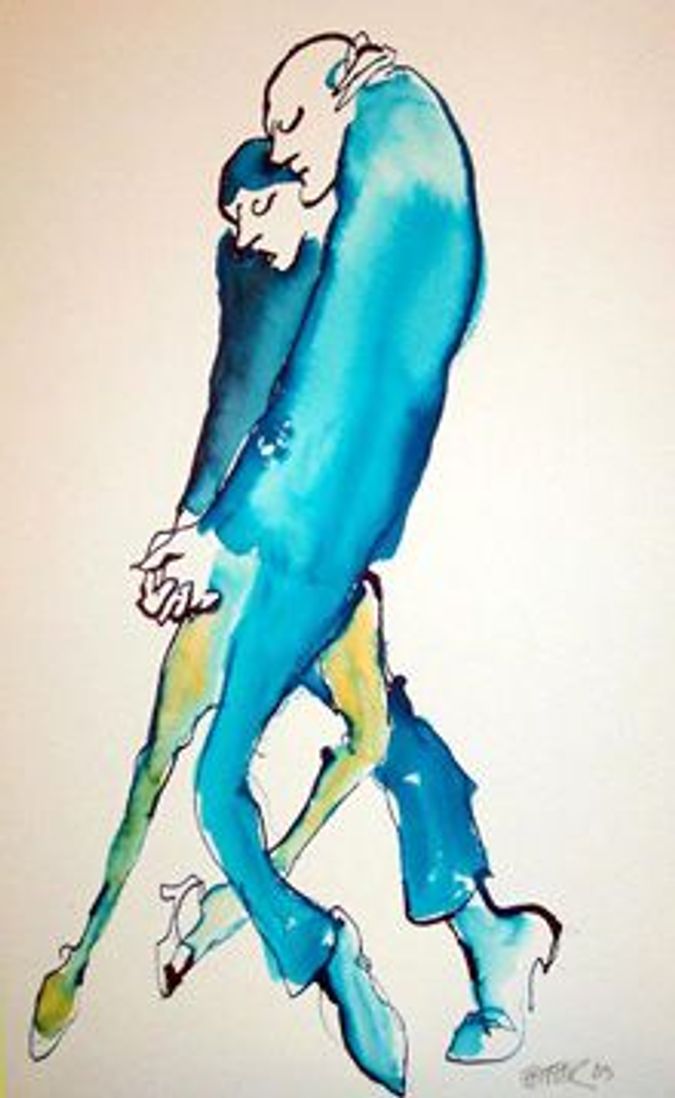 Odd Dance: Feiffer?s drawings are always winsome yet despairing, as in this 2004 print. Image by ?BLUE TANGO,? JEAN ALBANO GALLERY

He seethes with rage against many targets, but the first and foremost is his mother. Rhoda Feiffer is described as an abysm of destructive Jewish maternal negativity. In “Backing Into Forward,” which he has been working on for some years, Feiffer notes that each time he reads excerpts at Jewish community centers, a “Jewish Mother Cabal” approaches him afterward, dismissing his devastating portrait of his mother, and claiming, “She must have had her reasons.”

Reached by phone recently, Feiffer yelped to the Forward about his mother, “She gave away my puppy!” as if this act of betrayal occurred yesterday instead of 70 years ago. Whatever parenting he may have received, Feiffer grew up to be a marvelously deft cartoonist whose permanent neuroses animate characters that have been admired for more than 40 years in the Village Voice and, more recently, in The New York Times. Feiffer’s figures aspire to twirl with Fred Astaire-like grace, but instead they are mostly condemned to a St. Vitus’s dance of wistful frustration.

A number of creative personalities make art by blaming their families in public, but Feiffer may have more reason to do this than most. “Backing Into Forward” reveals that one of his cousins was Roy Cohn, the McCarthyite nightmare who was the nemesis of Ethel Rosenberg and who ranks as one of the great baroque villains of modern drama in Tony Kushner’s “Angels in America.” I ask Feiffer (whose memoir is tantalizingly silent about a few such questions) whether he had any contact with Cohn. “We met on a number of occasions, but only once in our adult lives,” Feiffer explained. “I was working on a screenplay about urban politics, and he was a muckety-muck in Democratic politics in post-McCarthy New York. I wanted to know how deals were made. [Cohn] was friendly and very gracious, and he gave me nothing and blew me off.” 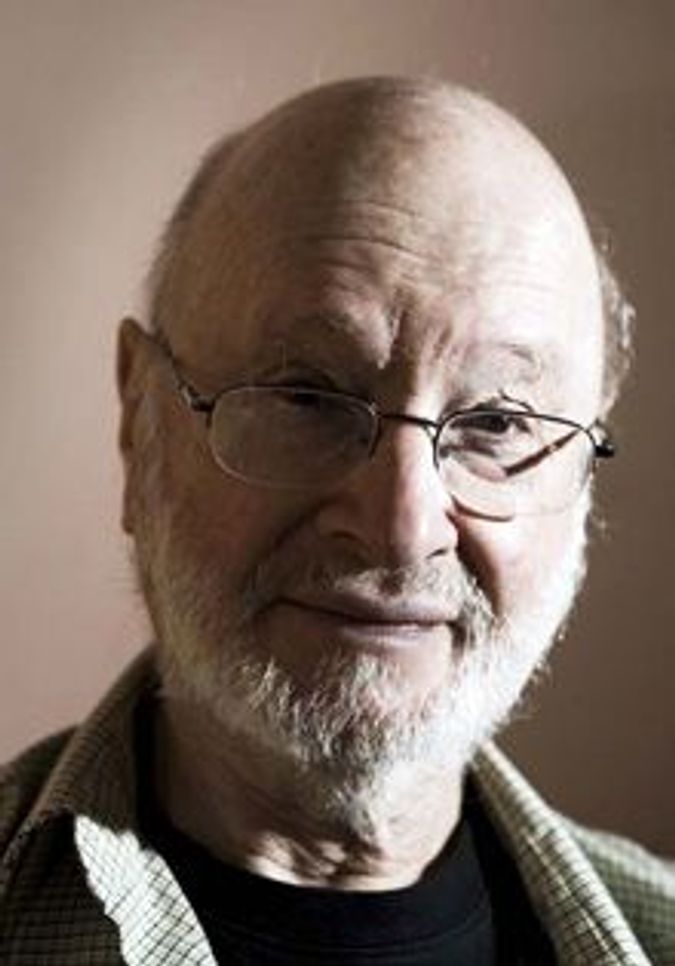 Feiffer also corresponded extensively with right-wing columnist William F. Buckley in letters now in the Library of Congress. Why should a self-proclaimed lifelong lefty seek out the likes of Cohn and Buckley, let alone denounce a harmful Jewish mother to an audience of Jewish mothers at JCCs? Feiffer explained, somewhat testily: “From my earliest cartoons, I’ve tried to work in front of audiences who may not be happy with what I’m saying. In the then left-wing Village Voice, I criticized the student left and they weren’t happy. I don’t find it fun to work before audiences who would agree with me; I prefer to challenge their preconceptions. My role is to push and prod and challenge, and I try to do it pleasantly rather than otherwise.”

Feiffer’s pushing and prodding began in the 1940s, when he was a teenage intern for cartoonist Will Eisner, creator of the comic strip “The Spirit.” Eisner, the undisputed early master of serious graphic novels, for whom the comic industry awards are named, later created a series of graphic novels for W.W. Norton & Co. about antisemitism, the Holocaust and related themes. Feiffer’s 1950s stint in the army inspired more rage against the machine, to the point where he abandoned any putative plans of following Eisner into the relatively docile world of comic strips. As Feiffer’s recently reprinted 1958 collection “Sick Sick Sick: A Guide to Non-confident Living,” among many other titles by Fantagraphics Books, indicates, his drawings are fetchingly winsome, with vulnerable charm and a light touch, but nevertheless despairing.

To explain the inspiration for such fine, if ultimately somber, results, “Backing Into Forward” cites a wide variety of artistic influences, from William Steig and Saul Steinberg to Britain’s Feliks Topolski, of Polish Jewish origin, and Victor Weisz (“Vicky”) a German Jew transplanted to England who, Feiffer said, was “left wing as I was, very kindly, sweet and generous-hearted, and tough-minded and felt embattled in the political fights he was in.”

However embattled Feiffer found himself, a basic combative nature stood him in good stead. After being fired by the Village Voice in 1996, Feiffer landed on his feet, publishing work widely and teaching at Stony Brook Southampton. Even when physical danger threatened, whether a potential mugging during a teen cross-country hitchhiking expedition or a 1960s encounter with the notorious assassin Richard Wishnetsky, Feiffer managed to dodge lethal results. Always ready to take up the cudgels to defend the downtrodden, in 2008 he penned a furious letter to The New York Review of Books when he felt that the review was mistreating his friend, the now late cartoonist David Levine, then suffering from macular degeneration. Feiffer’s intervention did not help, but it once again established him, in addition to his creative talents, as a daringly willing iconoclastic fighter of the good fight.

Why else would directors like Mike Nichols have approached him to write the feistily controversial screenplay for “Carnal Knowledge”? “Backing Into Forward” explains that Feiffer even turned down Stanley Kubrick’s personal request to write the screenplay for “Dr. Strangelove,” but the memoir does not mention a more recent successful film foray, as screenwriter of Alain Resnais’s 1989 “I Want To Go Home.” Starring the delightful Adolph Green as a cartoonist much like himself, “I Want To Go Home” is vintage Feiffer, even though, having seen Resnais’s Holocaust documentary “Night and Fog” and fictional film “Hiroshima Mon Amour,” the cartoonist felt that he and Resnais were the “most unlikely pair in the world, but [Resnais] told me he admired my novel ‘Ackroyd’, which no one had read, and he loved Groucho Marx and collected recordings of old Jack Benny radio programs.”

Will Feiffer be remembered more for felicitous outings like “I Want To Go Home,” rather than for dark, dark comedies like “Little Murders”? The book he wrote before his often-bitter memoir is “Which Puppy?” from Simon and Schuster’s children’s books division, revisiting, joyfully this time, the personally heartbreaking theme of puppies, to illustrate an upbeat text by his daughter, Kate, about the choice of a pet dog for President Obama’s two daughters. Could this sunny production, in the context of Feiffer’s undiluted joy at Obama’s election, be soured by subsequent political strife, just as Feiffer’s artistic triumphs have indubitably been tempered by his rage-inducing life experiences? Feiffer told me how moved he was by the results of the 2008 presidential election, “just to have my hopes reawakened when I didn’t have any,” and how Obama, a “remarkably intelligent and persuasive gentleman,” has only been in office for only a year. Wait and see. There need be no such reservations about Feiffer’s magnificent career-long achievements.

Jules Feiffer reading excerpts of his memoir “Backing Into Forward” at a 2009 event:

Watch an in-depth interview with Feiffer at Dartmouth University: