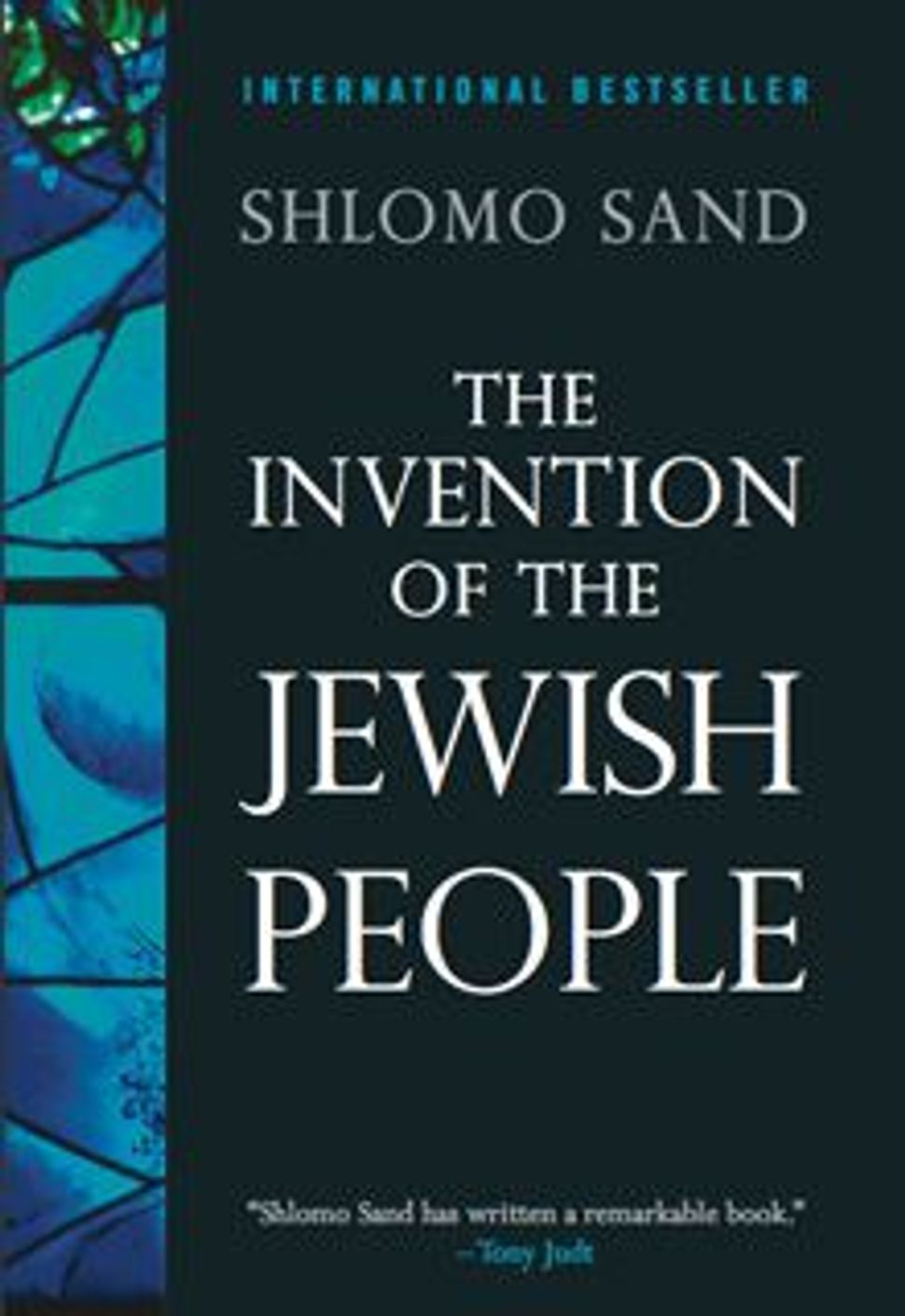 The Invention of the Jewish People
By Shlomo Sand, translated by Yael Lotan
Verso, 344 pages, $34.95 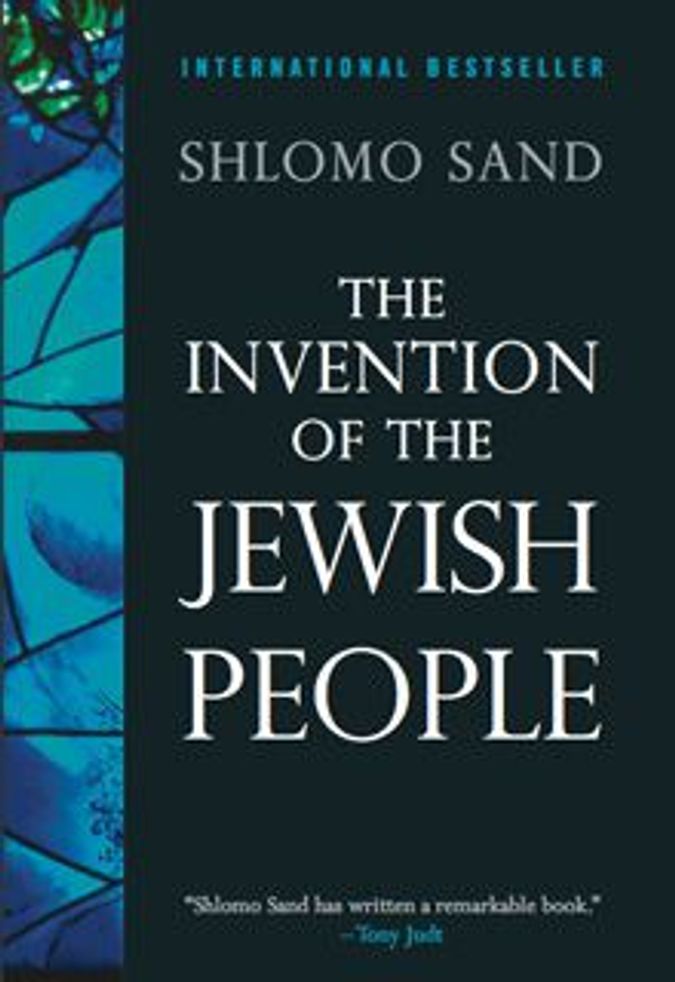 It was the year’s biggest helping of humble pie. Less than a month after a heated takedown of Shlomo Sand’s “The Invention of the Jewish People” in the Financial Times, the very same reviewer, writing in Italy’s respected business daily Il Sole 24 Ore, offered the book qualified praise, calling it his book of the year. So distinct was this follow-up appraisal, it could have been written by a different person.

Though the critic in question, British historian Simon Schama, did not offer a reason for this about-face, for anyone following the tempestuous reception of the English edition of the Israeli scholar’s book, it testified to the possibility of a conscience among his detractors. Or in the case of Schama, as Sand fiercely charged in reply to his initial review, that he hadn’t fully read the book. So, he was apologizing. In Italian, of course.

Schama’s initial review was sincerely surprising, as it broke ideological ranks with the otherwise positive reception “The Invention” had received in the United Kingdom. Falling in line more closely with America’s appraisals of the volume, it read as though it were yet another in a line of made-to-order reviews by American Jewish neoconservatives. If Schama were willing to offer a more qualified take on the book, might not American critics, as well?

As Evan Goldstein implied in The Wall Street Journal, if it weren’t for that problematic chapter on the Khazars — the Caucasian tribe that is said to have converted to Judaism in the eighth century — perhaps Sand’s critics would have taken it easier on him. Contending that the original promulgators of Zionism descended from these gentile converts, Sand had demolished the right to return based on ethnical notions of patrimony.

If any theme consistently runs through nearly every American attack on the book, it is the issue of the Khazars. Unable to offer any proof that the Ashkenazi Jewry that originated in Eastern Europe is directly descended from the tribe, the Tel Aviv University history professor did more than just offend Zionist sensitivities; Sand also logically demonstrated the contrary: that Jews have an incontestable right to Palestine because anti-Zionists can resort only to fictional narratives, like the Khazars, to argue otherwise.

The only memorable moment in the numbingly uniform American criticisms of “The Invention” came from Hillel Halkin. Writing his second attack on the book (but his first for The New Republic), the Forward contributor took specific issue with Sand for arguing that Zionism represents an alienated Jewish response to the secularization of European society during the 19th century.

Arguing that Zionism is in fact a natural, albeit rational, Jewish response to modernity, Halkin puts his finger on exactly what is so upsetting to so many about Sand’s book. And, perhaps unknowingly, what its actual strengths are — in terms of not only content, but also the timing of its publication, with Israel under its most extreme right-wing leadership in decades.

“The Invention” is an attempt to secularize the ways in which Jews are taught to think about Israel. In this sense, it is a typically profane book, insofar as one might be inclined to relate to the Jewish state spiritually — that is, in religious terms, not just politically, but also sentimentally. That an Israeli wrote the book should thus come as no surprise. That the book’s fiercest critics are American Jews (it was a best-seller both in Israel and in France) is even more telling. They are Sand’s ideal audience.

What makes Americans’ reactions to the book difficult to grasp is their hysteria. These reactions are indicators of cultural distance as much as of political disagreement. By repeatedly emphasizing how dangerous the book is, how inexpert its historiography is, how ideologically suspect and complicit its claims are, Sand’s detractors in the United States ritually affirm their incomprehension of his positions more than they delegitimize them. This is where the figure of Schama comes in, and why his unexpected change of heart will forever be inseparable from the volume’s value.

As a close reading by a scholar of Schama’s standing will disclose, “The Invention” situates Jewish-Israeli politics within the context of a Marxist-dominated sociology of nationalism. Whether he agrees with Sand in the end or not regarding specifics (his Italian review leaves that open), Schama carefully affirms the validity of the book’s objective: to help foster a more rational, national identity for Israelis, based on shared religious practices, not ethnicity.

That an Israeli-Jewish professor would seek to advance such an objective 60 years after Israel’s founding should not be surprising. The difference is the room that American Jews accord Israelis to speak so candidly. To that end, Sand provides examples that ought to create this space. A good example is the plethora of precedents he provides of both Diaspora and Israeli Jews continually questioning links between religion and ethnicity, as though to suggest that a shared culture of debate is what the two communities ultimately have in common. Whether it’s Martin Buber or Karl Kautsky doing so is immaterial.

But that’s precisely the point. It’s examples like this, of Zionist theologians and secular Marxists, obscured by reviewers’ overemphasis on the book’s coverage of the Khazars, that make “The Invention” such a subversive book. Irrespective of where one stands on Israel, the book provides numerous examples of Jews dissenting from an imagined national credo, albeit operating outside what we consider to be today’s Zionist norm. That many of the figures Sand covers — including anthropologist Franz Boas and demographer Maurice Fishberg — wrote works that were critical of the conflation of race and culture and of antisemitism ought to be instructive in this regard.

It is difficult to imagine this book’s critics capable of indulging such nuance. Perhaps that is why they protest so much about the liberties Sand allows himself — not just to make tactical mistakes in terms of picking his best possible subject matter, but also, and more important, to allow for the publicity of works they claim to be taboo. The jury is still out. I’d wager there’s another Simon Schama in the closet who hasn’t come out yet.

Joel Schalit is the online editor of Zeek. His most recent book is “Israel vs. Utopia” (Akashic Books, 2009).