Rage Against the (Sewing) Machine 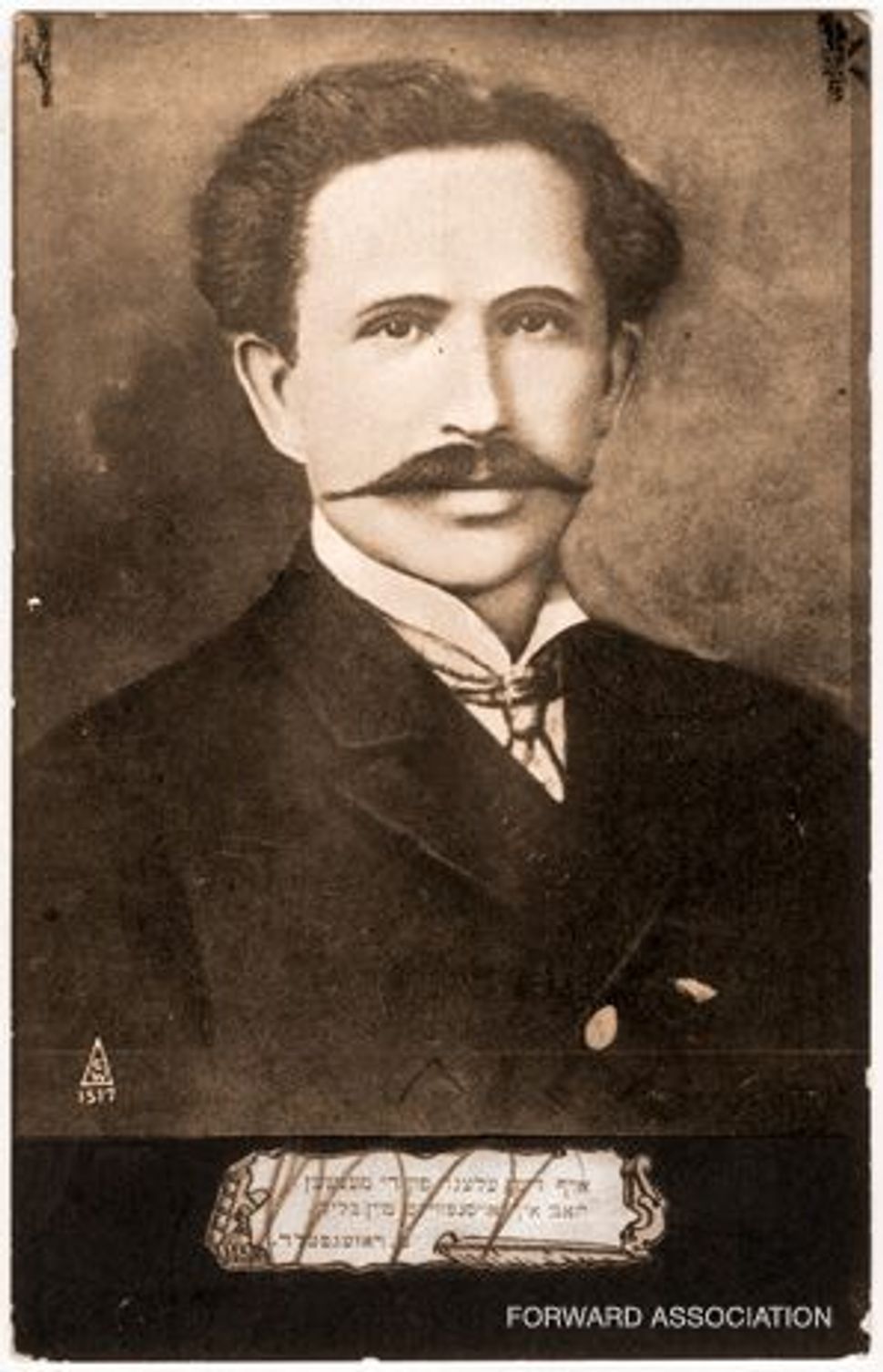 ‘Poet of the Sweatshops’: Rosenfeld wrote poetry based on his experience as a garment worker and became what can only be described as a pop star among Yiddish speakers in New York City.

Representing the Immigrant Experience: Morris Rosenfeld and the Emergence of Yiddish Literature in America 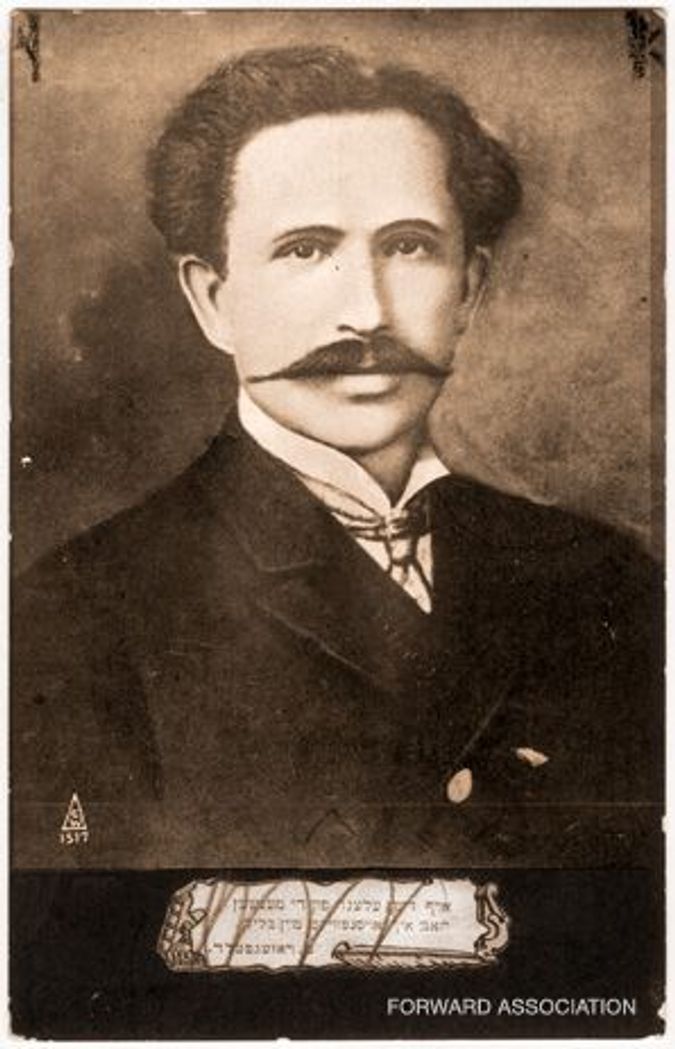 'Poet of the Sweatshops': Rosenfeld wrote poetry based on his experience as a garment worker and became what can only be described as a pop star among Yiddish speakers in New York City.

Yiddish today, like a century ago, is a sharply divided language. On one hand, it is still the language spoken in countless ultra-Orthodox homes in Brooklyn, Israel and Europe, and on the other, it’s the phantom limb of Ashkenazic Jews, rooted in an Eastern European culture that barely survived immigration and the Holocaust.

It has served many purposes, from marking the line between the Torah and the tavern to becoming the vehicle for Jewish global citizenship. It is a language that is no longer spoken by the vast majority of today’s Jews, but it helped create their identities anyway.

Marc Miller’s new book, “Representing the Immigrant Experience: Morris Rosenfeld and the Emergence of Yiddish Literature in America,” is an evocative and deft examination of one poet who unknotted his Yiddish tongue in America and became what can be described only as a pop star. Intimately connected to his audience because he represented genuinely its sentiments and dramas, Rosenfeld held a candle to the sweatshop, its consequences for the Jewish community and its role as a catalyst for social change.

This sweatshop reality is no longer true for the Jewish community, even if today we find ourselves as Americans mired in questions of immigration reform, mainly from our neighbors to the south. Rosenfeld offers a passageway into a related discussion: How can we read, understand and interpret questions of migrant identity today by exploring the work of an emblematic and oft-marginalized Yiddish worker’s poet?

Rosenfeld was born in 1862 in Boksha, a village in the Suwalk province of Russian Poland, to a long line of fishermen. After spending a few years of his childhood in Warsaw, he returned home, where 12 of his 13 siblings died during a cholera epidemic in 1876. After his bar mitzvah, he continued his religious studies, married, divorced, remarried and learned to sew in his father’s workshop — all before his 18th birthday.

Like so many men his age, he left his hometown for America in 1882; unlike others, he returned six months later to Poland. Then, after a failed stint at diamond polishing in Amsterdam, Rosenfeld returned again to Poland. He left it, for the last time, in 1883, when he arrived in London’s East End, fleeing the Russian Empire’s forced military draft.

Three years later, he and his family landed in New York, where Rosenfeld began working as a tailor in the sweatshops. Miller notes that in New York, Rosenfeld quickly adopted the poetics of the 19th-century Jewish Enlightenment, which encouraged Jews to abandon traditional ways and adopt, among other things, European culture and education. What follows is Miller’s rich historical overview of Rosenfeld’s creative evolution into an important Yiddish poet, which garnered him attention as an envoy of the sweatshop, the Zionist idea, the socialist revolution and the deceptively unadorned Jewish immigrant.

Five chapters provide different vantage points from which to read, understand and interpret Rosenfeld’s work. The first deals with the historical evolution of Rosenfeld’s career, which included, among many things, his rutted relationship with Forverts editor Abraham Cahan, and the attacks he suffered at the pens of the New York Yiddish poets group Di Yunge (The Young Ones), whose “art for art’s sake” ideas contrasted strongly with Rosenfeld’s reputation as an activist voice.

What emerges is a way to examine how we differentiate between high and low Jewish culture, how we understand the difference between a “folk poet” and a poet, a spokesman of the masses and a public intellectual. Miller illuminates a man whose choice of themes was often mistaken for naiveté or simplicity, whose political poetry was so extraordinary that his critics struggled to make sense of his profile: a Yiddish-speaking worker’s poet who expressed Zionist sympathies in a moment when anti-Zionism among elements of the Yiddish-speaking left was a credential.

There is a radical edge to Miller’s book, which seeks to give Rosenfeld his rightful place in the discussion about the modern Yiddish canon — something that Miller argues as being less concerned with charting the evolution of Yiddish poetics than with meeting the sensibilities of modernist critics. Miller’s volume strengthens a branch of American Jewishness that gives a literary, rather than sociological, gaze into the Jewish interaction with race, ethnicity and economy. Here, Rosenfeld’s themes could be conjoined with Berysh Vaynshteyn, another Yiddish poet whose earliest poems, written some two decades after Rosenfeld’s, shifted his gaze, which was at the Jewish sweatshop, to a naturalistic and sympathetic view of African American poverty uptown.

This is a book, first and foremost, about Rosenfeld’s life and work. Its implications are as broad as the Yiddish language and, consequently, it begs to be read by anyone interested in the emergence, and disappearance, of Yiddish from the American Jewish life. It is not simply a book of criticism, but one step toward relearning the contours of the tenements and listening to the voices that emerged from within it.

Rage Against the (Sewing) Machine