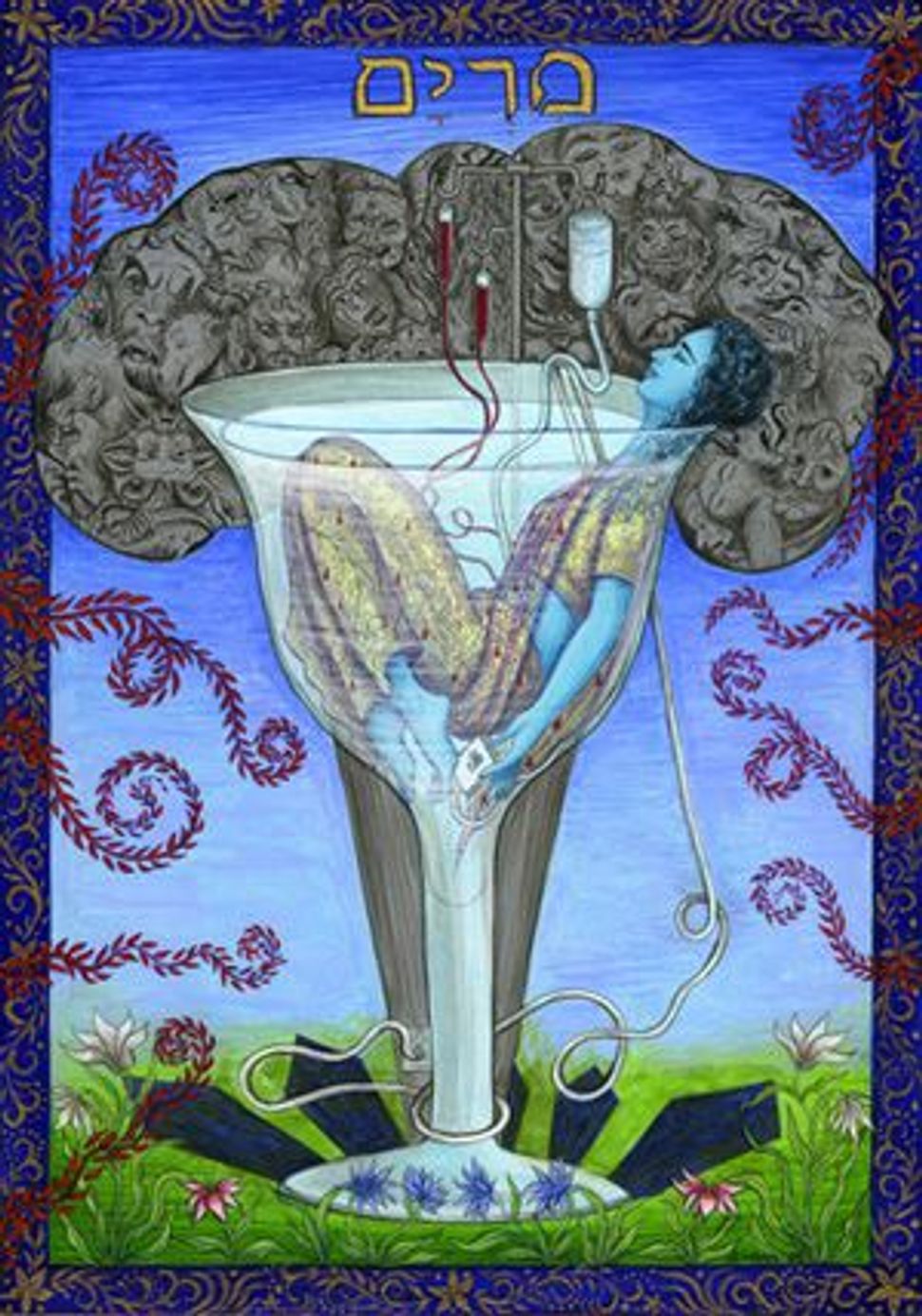 Miriam in her Cups: The Cup of Miriam at the Seder table is intended to honor Moses? sister for her part in the Exodus. Image by WWW.ARTSIONA.COM

On Passover, both our physical and spiritual appetites are honored. So for what do we most deeply hunger? Richard Schiffman, in the following poem and another online, meditates on the often contradictory longings that are at play in a Seder, or a life. 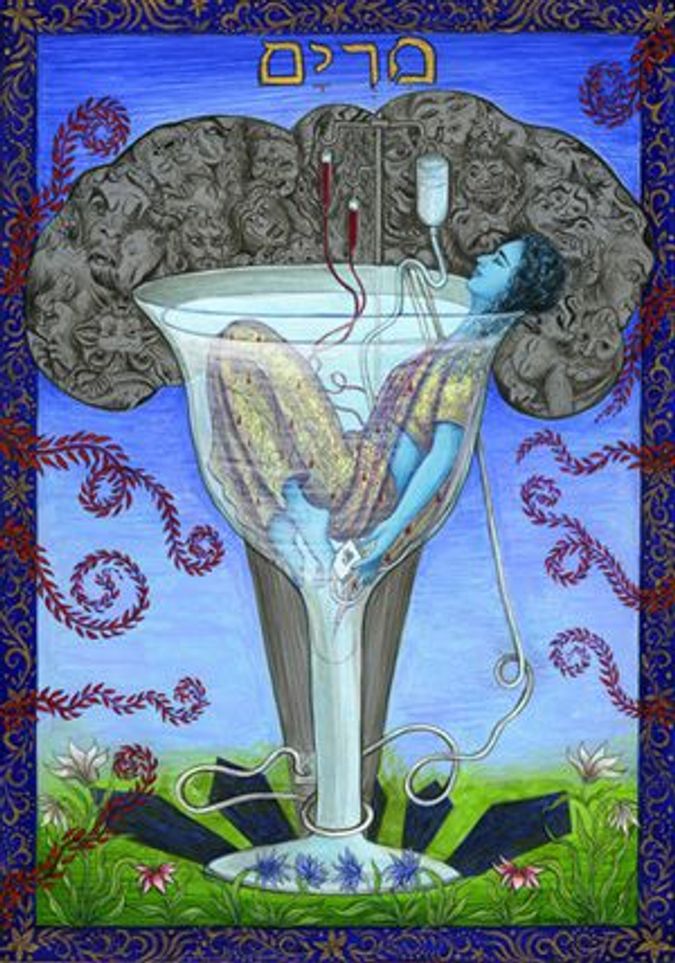 Miriam in her Cups: The Cup of Miriam at the Seder table is intended to honor Moses? sister for her part in the Exodus. Image by WWW.ARTSIONA.COM

In the dream, a woman swallowed — one after the other —

the stars. Some are hungrier than others.

into the Milky Way, skimming off the lyrical cream.

curd pots. Shiva, by contrast, churned the ocean of nectar

with the paddle of the Himalayas. Poison wafted to the top.

He quaffed it straight, without a chaser, almost died,

like Christ for our sins, turned blue instead. Krishna — go figure —

blushed the same alarming hue gorging on all that butter,

while the Buddha, hungry for abstention, ate practically nothing.

No wonder he, too, turned a sickly shade, until the farm lass Sujata

hand-fed him curds and curries, and he became enlightened

and pleasantly rotund. The Israelites gathered manna from heaven,

that if you are hungry for deception, even nectar tastes like poison.

Jesus said: “Blessed are the famished, for they shall be fed.”

Catholics eat his body and blood in church.

of swallowing stardust, hungers for the strong meat of the living.

During our yearly Seder, horseradish comes before the roast chicken.

The bitter is a prelude to the sweet. My mother feasted

on the gristly pupiks. They were her manna.

with its low ceiling and burnished walnut fittings

reminiscent of a ship’s galley. Mutinous, as usual,

chafing at the matzo, maror and bitter herbs —

as Richard strains to keep us on the same page

as tradition. But the ship is drifting into giddy,

sweet, in which we dip and double dip

in levity what our forbears shed in tears,

or smeared in blood upon the doorway,

when death came sailing down the Nile.

Ten drops of ManischeWitz for the plagues on Egypt,

horseradish to prick the tongue with Pharaoh’s

into the desert, where freedom cost us more

than bondage ever did: 40 parched and famished

years, which we commemorate with a feast

when the caustic condiments are done.

Richard Schiffman is a poet and spiritual author who recently completed a work on Moses.