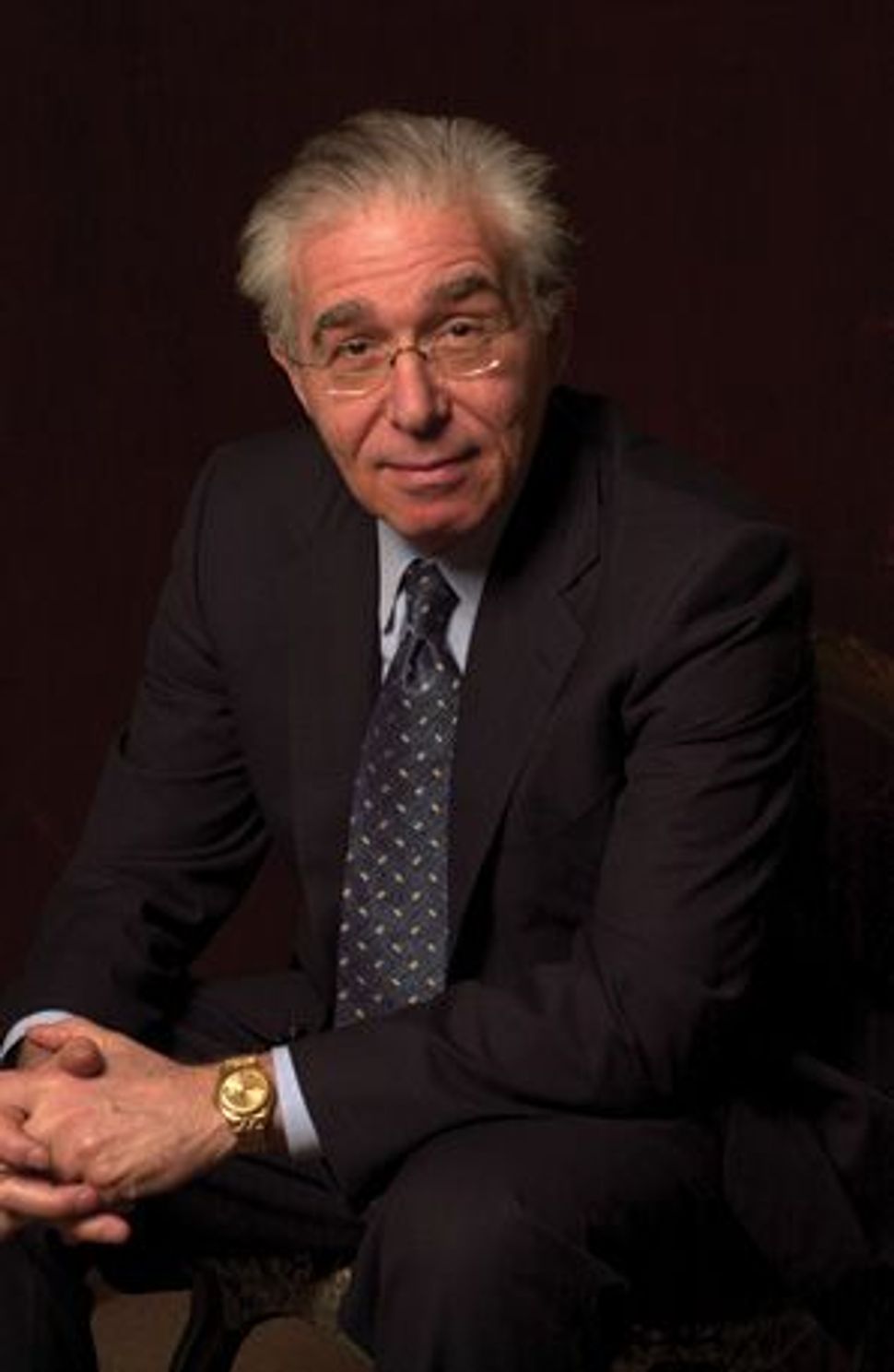 Seeker: Bauman 'started out buying old books, and it got out of hand.'

Walking amid the medieval suits of armor, vintage Cartier jewelry, and luxurious European and American furnishings at the 54th Winter Antiques Show in New York last month, visitors could easily spot Bauman Rare Books, the only exhibitor specializing in antiquarian and modern collectible books. In Bauman’s 18th appearance at this prestigious fair, an elegant customized library displayed a sampling of the gallery’s inventory, from a first edition of Charles Darwin’s 1859 “On the Origin of Species” ($92,000) to a circa 1855 copy of Walt Whitman’s “Leaves of Grass” ($175,000). 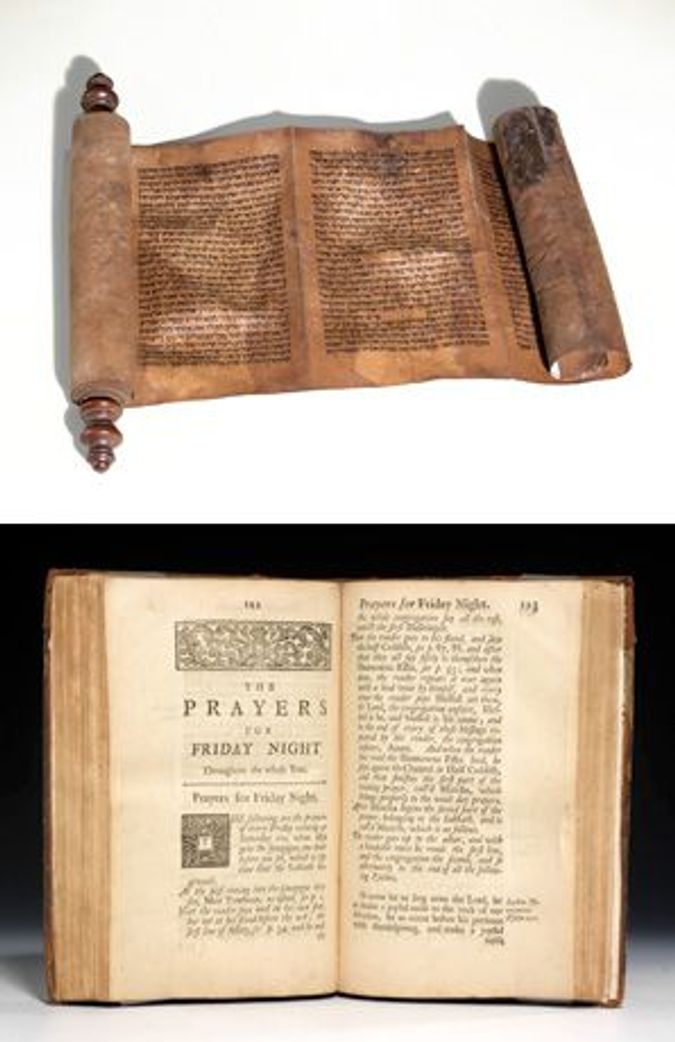 Precious Paper: Bauman shies away from esoteric legal, philosophical and theological texts, focusing instead on liturgy, Bibles, Jewish history, Zionism and the Holocaust. Above, an 18th-century scroll of the Book of Esther; bottom image, a 1738 first edition of the earliest published English translation of the Jewish prayer book. 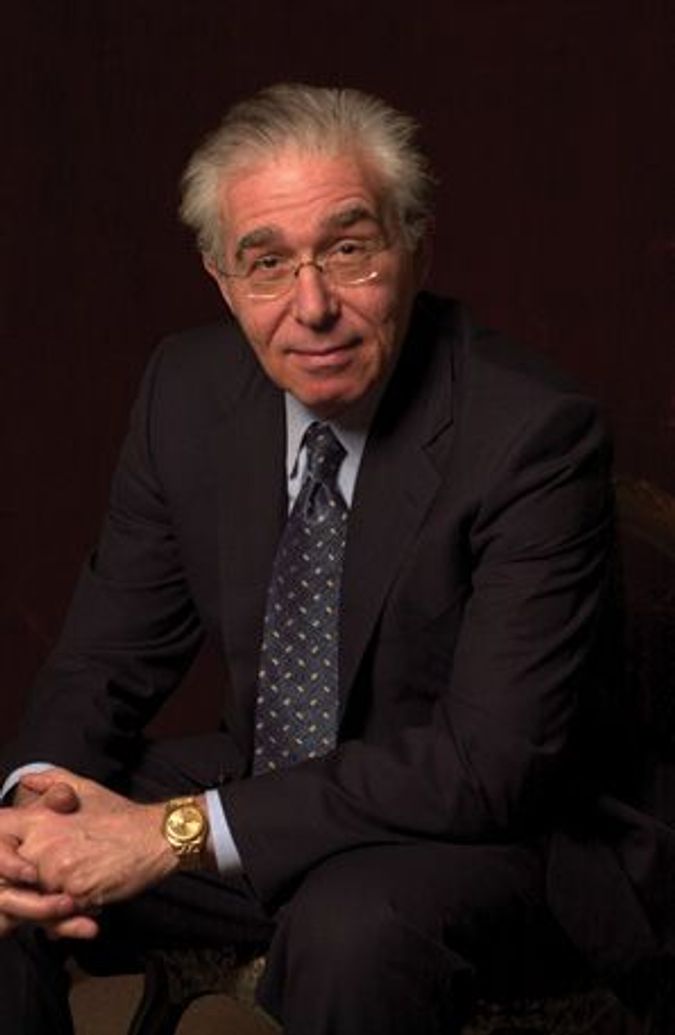 Seeker: Bauman 'started out buying old books, and it got out of hand.'

Judaica, a broader category encompassing writings in varied languages, represents only about 5% of Bauman’s business, but according to Erik DuRon, manager of the firm’s stately Madison Avenue flagship, “We probably offer the largest selection of any retail bookseller.” Indeed, on any given day, you can walk into Bauman’s New York shop and find several hundred books and documents representing the spectrum of the Jewish experience. Five years ago, the firm initiated a series of specialty catalogs with a publication featuring 98 Judaic selections; catalogs on music, Americana, photography and polar exploration followed. Unlike specialist auctioneers such as Kestenbaum in New York and Baranovich in Jerusalem, and a coterie of private Jewish book dealers, Bauman shies away from esoteric legal, philosophical and theological texts, focusing instead on liturgy, Bibles, Jewish history, Zionism and the Holocaust.

This reflects the gallery’s underlying approach — it strives to offer high points of all major categories rather than specializing in any area — and also the particular concerns of proprietor David Bauman, 65. “I’m very interested in the overarching Jewish historical experience,” he said in a recent telephone interview, noting that his parents, who were born in New York and Philadelphia, were “taken with Yiddish and involved with Israel and all sorts of Jewish causes, from the Workmen’s Circle to Hadassah.” (Without any prompting, he added that they “loved the Jewish Daily Forward,” to which he continues to subscribe.)

Bauman, who studied government and international relations, and his wife and partner, Natalie, descendant of longtime Philadelphia printers, were initially collectors themselves. “We started buying old books, and it got out of hand,” Bauman explained. They founded the business in Atlantic City, N.J., in 1973, and quickly moved to Philadelphia (that arm now serves as a back office with a by-appointment gallery) before establishing a Manhattan branch in 1991. At press time, Bauman was in Las Vegas completing construction on a third outpost, set to open imminently, at The Shoppes at the Palazzo, the strip’s newest luxury resort. There, alongside fashion and accessories from the likes of Barneys and Van Cleef & Arpels, Bauman will present his coveted books, with Judaica prominently highlighted, appealing not only to millions of tourists but also to the city’s thriving Jewish community, the fastest growing in America.

Back in New York, a more expansive range of Judaica is stored on bookshelves in the basement offices. The inventory constantly rotates, but Bauman always tries to have copies of landmark printings, whether the first Amsterdam Haggadah, from 1695 — a widely copied edition with one of the earliest maps of Israel — or the first Hebrew bible produced in America, in Philadelphia in 1814. Corresponding with the presence of Jews in all corners of the world, these texts appear in a range of languages. The 1629 Venetian Haggadah was actually issued in three versions, all with the same Hebrew liturgy and illustrations but with commentary in Ladino, German or Judeo-Italian. Bauman’s current stock includes the first and only Hebrew Bible with a Greek translation, printed on the island of Corfu in 1885 ($7,200), and a first edition of an 1879 discourse in Marathi on Maimonides’s Thirteen Articles of Faith by Joseph Ezekiel Rajpurkar, a leading Jewish scholar in Bombay ($650).

Much of the modern material centers on the Holocaust and the State of Israel. Bauman has handled the 1945 program created for the first gathering of Holocaust survivors in Bergen-Belsen ($4,500), as well as a circa 1945 album published by the Jewish Historical Committee in Lodz, Poland, chronicling Hitler’s atrocities with more than 200 photographs and accompanying captions in English, Yiddish, Hebrew, Russian, Polish and French ($2,800). The firm routinely deals in first-edition biographies and memoirs of such pivotal Zionist figures as Moshe Dayan and Golda Meir, and currently has a copy of the first printing of Israel’s Declaration of Independence ($14,500). Topographical and picture books of the land are also popular, such as British photographer Francis Frith’s circa 1862 “Sinai and Palestine,” featuring 37 original albumen prints ($12,800).

Bauman occasionally ventures into handwritten manuscripts and other documentary material. Leafing through a stack of papers on a recent visit to the gallery revealed the contrasting treatment of Jews in the countries where they were dispersed, with unsettling evidence of marginal status time and again. Among the varied artifacts were Napoleon Bonaparte’s 1808 decree that Jews take on surnames ($6,500); a circa 1898 board game inspired by the Dreyfus Affair ($3,000); an internal 1939 memo of the Mexican government rejecting America’s request to accept Jewish refugees ($3,000), and censored letters sent to relatives by concentration camp victims ($750 each).

There’s no denying the personal resonance of Judaica, beyond its bibliographic significance, but the inherent rarity of the material means this isn’t merely a sentimental consideration. “Because of the troubled history, the earliest things tend to be significantly more valuable, which isn’t always the case in other sectors,” according to DuRon. Echoed Bauman, “To get something that has survived centuries of destruction in its original binding is incredible.” Even signs of use that otherwise would render material in poor condition are more welcome in Judaica. “We love wine stains,” Bauman said, noting that when he sees splotches in a Haggadah, “I think of a family sitting around a table.” In fact, one of his clients passes around different versions from his extensive collection during his Passover Seder so that his family can see how the liturgy remains unchanged.

So it isn’t surprising that the vast majority of Bauman’s Judaica clients are Jewish. Still, a sizable number of non-Jews purchase items as gifts for Jews, and around 15% to 20% of activity represents crossover from those with overlapping interests, be it a particular discipline or region of the world — a testament to the breadth of what is often mischaracterized as a narrow collecting field. “If someone is collecting what we call high spots, whether Jewish or non-Jewish, he might want Hebraic books that happened to be the first of their kind,” Bauman explained.

The scope of Bauman’s offerings, familiar to readers of The New York Times Book Review from its regular back-page ad, makes it well positioned to bring greater attention to Judaica, whether at the glitziest American antiques extravaganza, in coming appearances at the trade’s California International (February 15-17) and New York Antiquarian (April 4-6) book fairs, or its outposts in Las Vegas, Philadelphia and Manhattan. But Jewish collectors will always be particularly drawn to pieces of their history, and these don’t have to be of grave consequence. Take the gift that Bauman once bought his mother — “Mrs. Esther Levy’s Jewish Cookery Book,” from 1871, the first kosher cookbook published in America. “She was a great cook, and she loved it,” he recalled of his mother, lamenting that she once gave the book to a friend and never got it back.