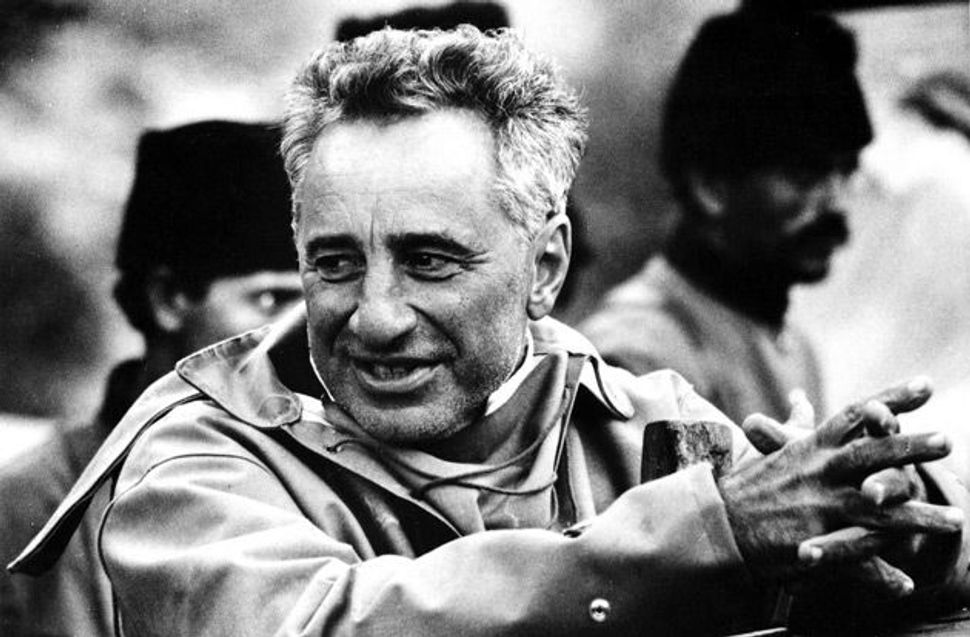 Kazan in Control: ?Gadg? always had an aptitude for the limits of the possible. Image by CONSTANTINE MANOS

As Elia Kazan wrote in preparation for a book on his craft, a director should “avoid being a nice guy, a decent guy, a conforming guy.” He should show no shame when accused of being arrogant, and he should say what he thinks, no matter whom it might offend. After all, he’s not about “to guide a children’s summer camp.” More likely, he’s “related to a zoo-keeper.”

Rarely accused of being a nice guy, especially after he named the names of Communist Party members to the House Un-American Activities Committee, Kazan was, by almost all accounts, his generation’s best director of stage and screen, winning three Tony Awards (“All My Sons,” “Death of a Salesman” and “J.B.”), two Academy Awards (“Gentleman’s Agreement” and “On The Waterfront”) and an honorary Oscar, four years before his death in 2003, for lifetime achievement.

Drawing on notebooks, correspondence and interviews, editor Robert Cornfield has, in effect, pulled together the book that Kazan had long intended to write. Although the logic of the book’s organization is puzzling at times (the afterword, for example, should be the introduction), “Kazan on Directing” provides an informative, in-depth look at the method of a master, and fascinating details about his Broadway and Hollywood productions.

The director, Kazan emphasized, should learn to loathe the word “text,” feel for “the skeleton under the skin of words” and turn “psychology into behavior” by “physicalizing it.” In staging Tennessee Williams’s “A Streetcar Named Desire,” we learn, he realized that the “skeleton” was a romantic tragedy, the end of the line for the Old South tradition in which helplessness, especially in practical affairs, is “not only expected of a lady, but a treasured prized quality.” Kazan made sure that the memories, inner life and emotions of Blanche DuBois (Jessica Tandy), a former English teacher who couldn’t meet the mortgage payments on her family’s Mississippi estate and was fired following a liaison with a 17-year-old student, were, at once, tangible and stylized. And that when it was realized “they were witnessing the death of something extraordinary” (something colorful, passionate, witty and imaginative), the audience would “begin to go with her.”

Kazan was an actor’s director, at his best working with intuitive, improvisational actors like Marlon Brando. He knew enough to get out of the way when Brando, as longshoreman Terry Malloy in “On the Waterfront,” walked like an ex-boxer, on his toes, arms down and close to his body. Brando invented bits of business, like holding on to Edie Doyle’s glove when she drops it, or turning aside the gun his brother, Charlie, points at him. But Kazan wasn’t shy about telling Brando his view of what must happen inside Terry “so I can photograph it.” In a letter to the actor that is nothing less than a tour de force, Kazan suggested that Terry was an “orphan re-orphanized,” a “lover betrayed but still not giving up.” He was more complicated and conflicted than Stanley Kowalski of “Streetcar”: Whereas Stanley, “the king of his dung heap” just fights a lot, Terry seems to swagger, “but his eyes betray him.” His angers are “suppressed, nursed, grow to a point where they cannot be satisfied except with murder.”

Nicknamed “Gadg,” Kazan was more than a self-educated technician. He was a craftsman, Cornfield reminds us, with “an aptitude for all of it.” A Turk by birth, an Anatolian Greek by blood, he understood that the big drama for many Americans was “how we got here.” And he was just short of infallible when establishing setting and ambience. Though his career ebbed and flowed, though he made his share of stinkers, Kazan earned the right and responsibility that came with being an “auteur” — to rework scripts; oversee casting, costumes and music; control the final cut; haggle with censors; write advertisements, and weigh in on distribution. And “Kazan on Directing” demonstrates exactly why he won the right to have his name listed above the title of his plays and films.