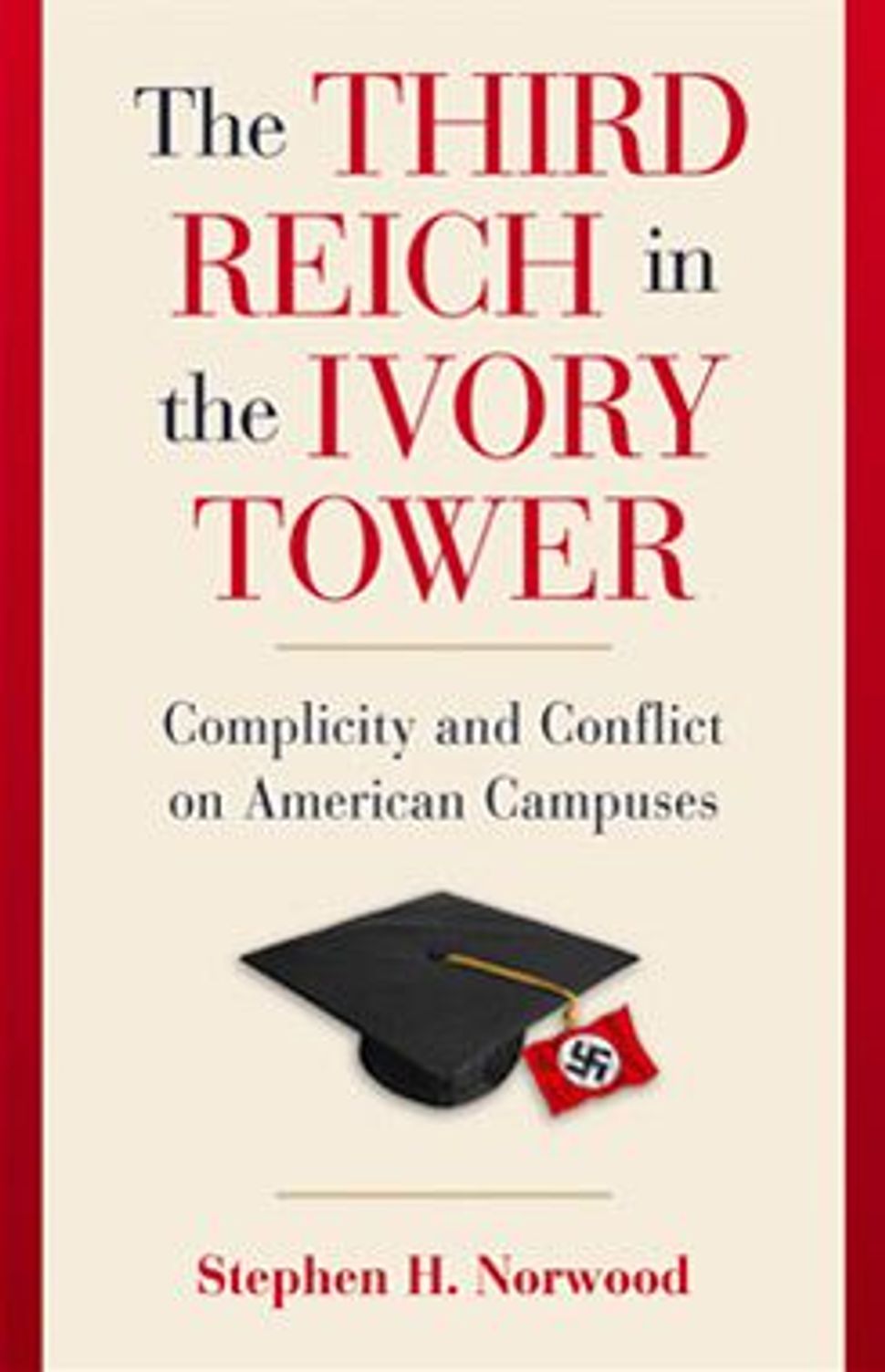 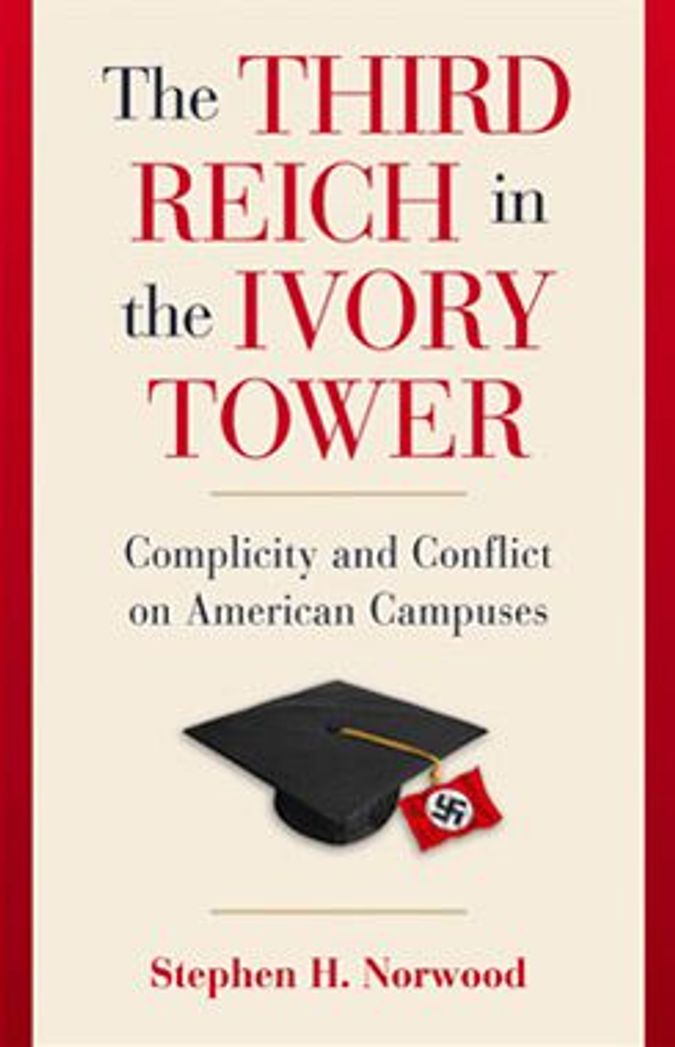 American Jews remember the Ivy League colleges of the 1930s as being places where Jews were not especially welcome. Quotas on Jewish students — the infamous numerus clausus imported from Europe — were, very literally, the order of the day. The question of quotas in higher education was, and remains, a difficult and controversial matter. On the one hand, a generation and more of American Jews were denied access to the Ivies; on the other hand, as my mother (herself a victim of antisemitism and gender discrimination in the university world) would say: “Jews can’t get into Yale? That’s terrible. But quotas are not expulsion. Quotas are not murder.”

But there is nothing nuanced about the deeper and darker dynamics at work in the Ivies and other citadels of higher learning during the 1930s: It was more than a matter of mere appeasement of Nazi leaders on the part of university administrators. Stephen H. Norwood, a professor at the University of Oklahoma, traces, in his compelling “The Third Reich in the Ivory Tower: Complicity and Conflict on American Campuses,” a chilling pattern in the Ivy League and the Seven Sisters, as well as in some state universities and Catholic colleges. From callous indifference to the rise of Hitlerism on the part of university administrators, to concrete instances of complicity with the Nazi regime and with its policies during the crucial early years of the regime, Norwood provides an indictment of Hitler sympathizers in power at the heart of American education.

Norwood spins a good yarn — he is an excellent narrative historian — but his analytical skills are what make this book work. “The Third Reich in the Ivory Tower” analyzes an era when the dubious political sympathies of university administrators came at a time of tremendous growth for the academy in America. “The Third Reich in the Ivory Tower” is nothing less than a litany of outrages, but were it just that, the book would be viewed, legitimately, as a hysterical screed.

Norwood, a serious historian who co-edited The Encyclopedia of American Jewish History, is anything but hysterical. The examples cited by Norwood are manifold and disgraceful: Harvard University suppressing protests against Nazi atrocities and sanctioning the Nazi consul general in Boston to lay a swastika-emblazoned wreath in the Memorial Church at Harvard University; Columbia University’s president, Nicholas Murray Butler, was egregiously shameful in many respects — especially in his utter destruction of the academic career of art historian Jerome Klein, one of the most popular teachers at Columbia, for publicly protesting Nazi crimes. These and numerous other actions signaled to the Nazis that academia in America would not protest anti-Jewish behavior.

Had the university presidents merely remained silent in the face of Nazi policies and activities, they might have betokened a principled neutrality. But — to take one of dozens of examples — the expulsion by Butler of a student who protested book burning by Nazis, signaled that the Ivy administrators were more than just dozing during the early years of the regime.

Notwithstanding the substantial evidence that Norwood brings to bear, there is a tone of outrage in the author’s retelling that is a tad overdone. Much of Norwood’s — and resultantly, the reader’s — indignation is based on what we retroactively know. Knowing what we know now about Nazi policies and activities, the behavior of the universities was unconscionable. Ah, hindsight! But for a historian, the word “context” is crucial. What certainly ought to have been done by university presidents and faculty after 1935 might not have been expected in 1933 and 1934.

It may not have been entirely unreasonable, for example, for Harvard’s president, James Bryant Conant, in 1934 to “welcome” Ernst “Putzi” Hanfstaengl, the Nazi foreign-press chief and a Hitler favorite, to his 25th Harvard reunion, an event that gets a lot of ink in “The Third Reich in the Ivory Tower.” In the eyes of the university president, such a visit might have been a legitimate cultural exchange: 1934 was, after all, not 1939. We do not want to let the Conants and the Butlers off the hook — they were devils — but historians, rather than merely looking back, need to refract the events through the prism of the historical era. It’s always a question of balance: where exactly does the historian want to set the bar? Norwood sets it very high indeed, especially for the early years of the Third Reich.

One area touched on by “The Third Reich in the Ivory Tower” is that of the shabby treatment by universities of refugee Jewish scholars from 1930s Germany. Norwood focuses on New York’s New School for Social Research as a noble response to the plight of the Jewish professors; missing, however, is the obverse side of the coin: the positive reception of the Jewish refugee scholars on the part of black colleges in the South. These scholars were welcomed in Southern black colleges, and they established relationships that were a factor in the civil-rights struggle a decade later. The history of the refugee Jewish professors in black colleges is an important nuance that is missing from “The Third Reich in the Ivory Tower.”

What can be done to recognize these actions 65 years later? With the luxury of hindsight, it might not be a bad idea, in the first instance, for Columbia to remove the “Butler” from the university’s Butler Library.

Jerome A. Chanes is a contributing editor to the Forward and author of the award-winning “A Dark Side of History: Antisemitism Through the Ages” (Anti-Defamation League, 2001).