The Tarpan Strikes Back 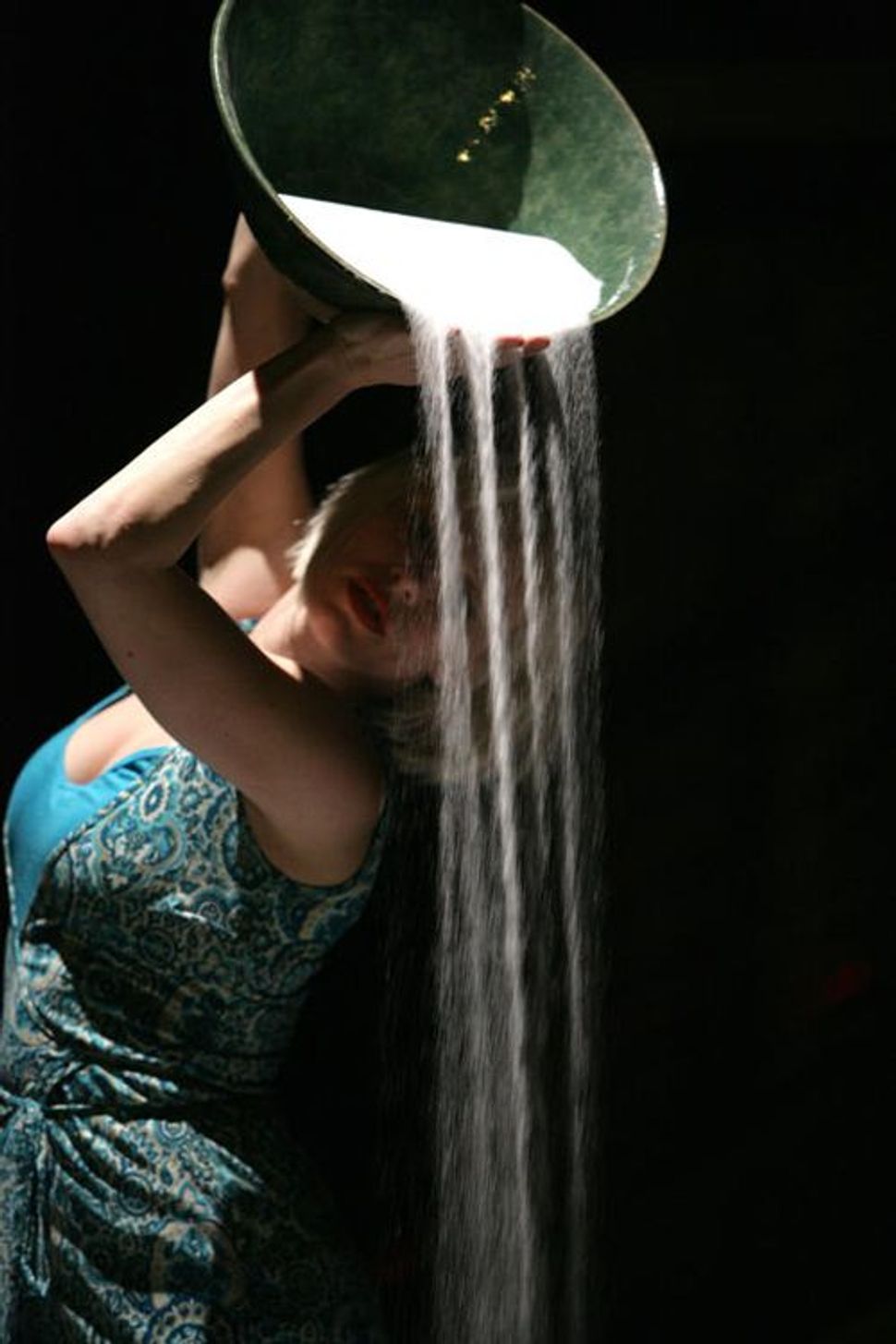 American Jews can be strangely incurious about the actual daily life of their ancestors. This seems to hold especially true for those of Eastern European descent, who see the vast area between Germany and Russia as a giant killing field — thus reducing 1,000 years of culture to two words: “Never again.”

I saw this attitude quite often when I lived in Poland. American Jews would visit the death camps, get angry and leave, usually without learning much about what life was like in what used to be the largest Jewish community in the world. Nor did many bother to find out what life is like there now.

For these reasons, I’m usually wary when Jewish artists tackle prewar Poland. I get nervous that I’m going to be told, yet again, to see the Old Country in terms of only pain and loss.

Thankfully, this kind of reductionism was not in evidence in “Tov,” the latest piece from Los Angeles-based choreographer Rosanna Gamson which closed March 27 after its week-long run at REDCAT. “Tov,” in fact, is the result of Gamson’s collaboration with the Chorea Theatre Association, an experimental group from Lodz, Poland. The resulting piece can be described as a rough allegory about Polish Jewry — rough because through a deft combination of singing, dance and spoken word, the allegory is less told than evoked. And rough because instead of being oversimplified, “Tov” has, perhaps, a surfeit of symbols.

The main conceit is the tarpan, an extinct breed of horse that prewar German zoologists attempted to revive because they saw it (believe it or not) as an “Aryan” animal. Also referenced are Gamson’s own ancestors, who were horse traders in the northern city of Szczecin (pronounced, “shcheh-cheen”). The piece also refers to another supposed ancestor, the Tannaitic sage Nachum Ish Gamzu, who was famous for saying, no matter what disaster had befallen him, “Gam zu l’tovah — “This, too, is for the good.”

“Tov” opens with four performers seated around a table and harmonizing a lovely Bulgarian song. Meanwhile, dancers gather on nearby benches, chatting sotto voce. At the other side of the space, snow falls in one corner. A red-haired girl (Delilah Gamson, daughter of the choreographer) revels in the flakes until a paternal figure appears (Chorea’s Tomasz Rodowicz); a kind of loving struggle ensues as he tries to get her out of the cold.

Such moments in “Tov,” complex in their combinations of language, music and movement, are simply beautiful. But too often the metaphors pile up to the point of distraction. Clearly, the tarpan is a clever way of integrating the choreographer’s personal history with the larger issues of extinction, Nazi “science” and the fate of Polish Jewry. But the choreography so frequently evokes wild horses that the viewer may find it repetitious, even self-indulgent.

Salt, similarly, is also an important symbol in “Tov”: It flows from boxes and bowls, from hand to hand, and is liberally sprinkled around the stage, forming lines and borders. Salt is also poured around the bodies of supine dancers, suggesting the chalk outlines of crime scenes, which are then effaced in a solo (by the brilliant Alexandria Yalj) that once again evokes a wild horse. But what, exactly, is Gamson suggesting with this? Salt, in Jewish and Slavic culture, has a multiplicity of meanings — so many, in fact, that its uses in “Tov,” while visually effective, obscure the aims of the performance.

In this kind of theater piece, one looks for an emotional or physical narrative, a way of gleaning ideas that may be beyond words. The viewer wants to be absorbed in sound and movement and to worry about an allegorical purpose — if there is one — later. So I’m not saying that “Tov” needed a set of symbols as straightforward as those of “Piers Plowman.” Instead, I am suggesting that the references create too many concrete associations, making “Tov” both too specific and too vague.

The association of the Holocaust with Rabbi Nachum

Ish Gamzu’s extreme optimism was also discomfiting to me. I suppose it’s possible to be intrigued by the relationship between disaster and unshakeable faith. Nevertheless, there is something facile in the reference. My earlier remarks, I hope, will make it clear that I don’t see the Holocaust as a sacred subject. I’m just not sure how much it helps us to apply the sage’s words in this particular case.

But I don’t wish to be harsh. Clearly, Gamson is fiercely talented, and much of “Tov” is genuinely moving, with moments of real beauty. Gamson is also to be commended for investigating the complexities of her heritage and, by collaborating with Chorea, for recognizing the cultural vibrancy of contemporary Poland.

Obviously, an American Jew can never look at Poland (or Lithuania or Russia) in the same way that, say, an Italian-American looks at Italy. Still, “Tov” highlights just how much we miss out on when we associate Poland with only antisemitism and the Holocaust. In addition to its intriguing combination of theater and dance, the piece is unusual in that it acknowledges loss without being preoccupied by it. There may be a surfeit of ideas in “Tov.” But the piece never reduces a millennium of history to its final, bloody moments.

Watch a preview for “Tov” below:

The Tarpan Strikes Back