The Most Beautiful Manners 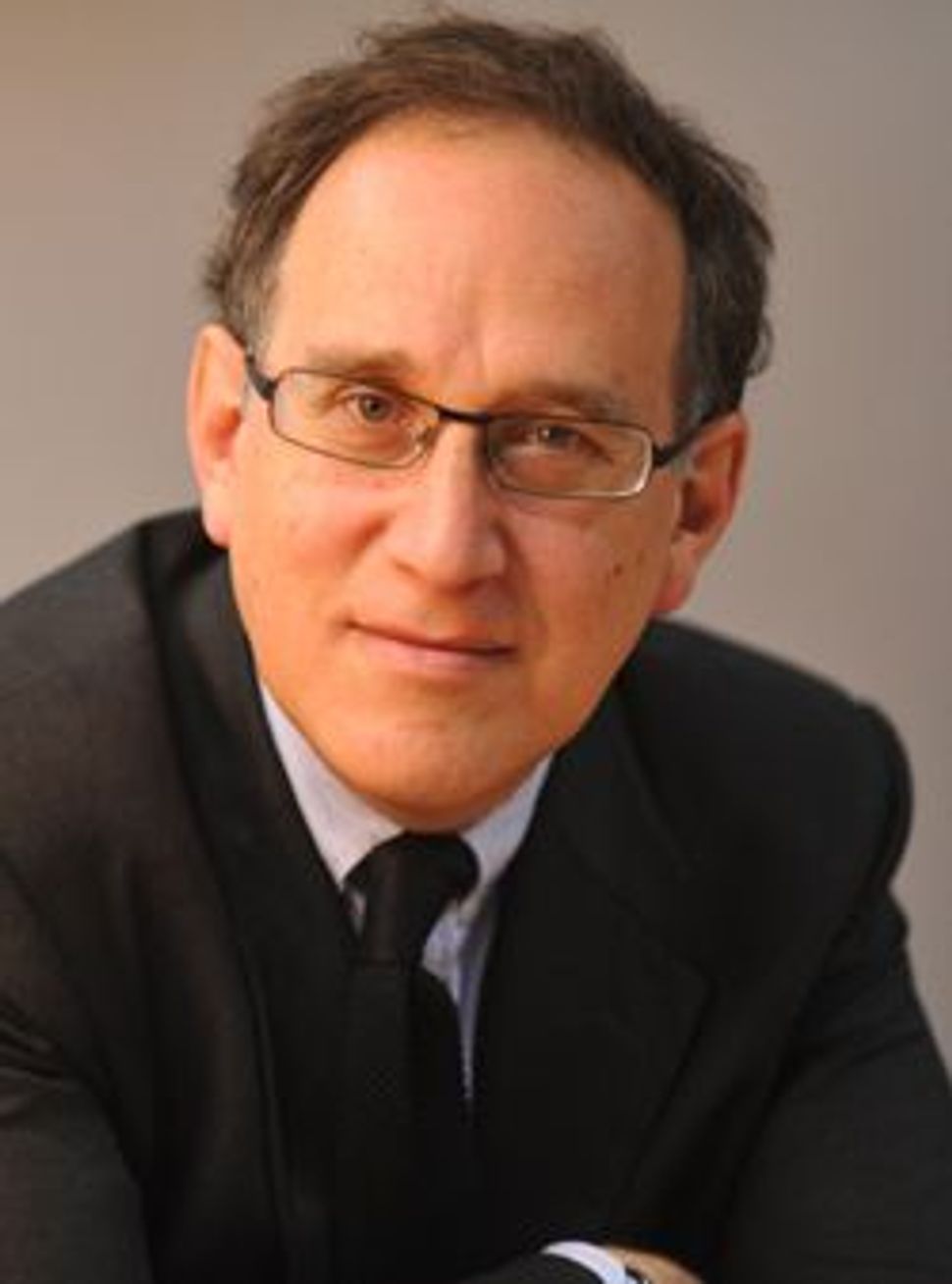 Trials of the Diaspora: A History of Antisemitism in England
By Anthony Julius
Oxford University Press, $45

Many years ago, I took a train journey to Birmingham with my father and a non-Jewish business associate whom I will call ‘Arthur’. I was ten or eleven years old at the time, and I would often tag along on these business trips, when school allowed. My father owned a number of menswear shops, mainly in the West Country. He had enjoyed considerable success in business, and it was a familiar experience for me to see him in the company of other businessmen seeking his advice or asking for favours. Arthur was one such man, and his conversations with my father always had a slightly cloying, ingratiating quality. I remember that on this occasion he was talking about his daughter, who was about my age but whom I had not met. Arthur rambled on, my father patiently listening, while I read a book. 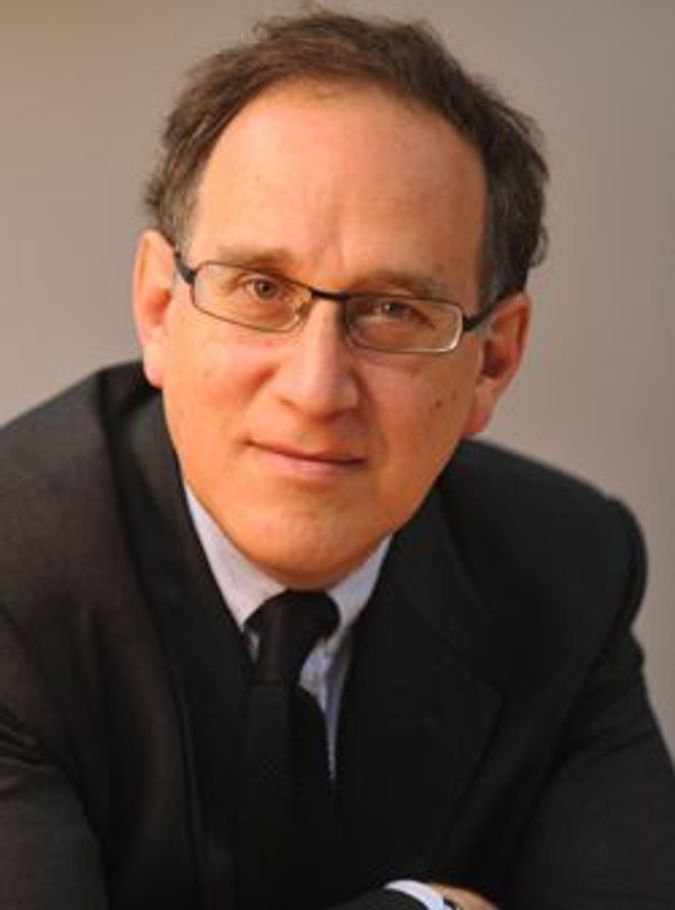 And then Arthur said something like the following: ‘Do you know, Morris, she has got a special little friend, a Jewish girl, and we had the girl over for tea last weekend. I must say, the child has got the most beautiful manners.’ He beamed. I had a sense of the temperature in the compartment rising, but nothing else was said on the subject, and after a short period, Arthur wandered off to the dining car to buy a drink. My father turned to me, fuming. ‘Did you hear what he said? I am supposed to be impressed that he actually had a Jewish girl over to his house for tea? And that she had beautiful manners?’ ‘So what are you going to say, Daddy?’ I asked. ‘Nothing, of course. What is there to say?’ Shortly afterwards, Arthur returned, and the two men resumed their conversation, chatting together until we arrived at our destination.

That evening, we took quite a late train home, and found ourselves sharing an open carriage with the players of a First Division football team. They had just played an ‘away’ match and were going back to London. At that time, stories about the violent activities of ‘football hooligans’ filled many columns of the Sunday papers. The train stood in the station, and the football fans packed the platform. Autograph books were being pushed through the small aperture at the top of the carriage’s sealed windows, and the players were laughing and calling across to each other and to their fans. They were also swearing volubly, and this began to irritate my father. After a few minutes, he got up and went over to the table where some of them were sitting. ‘My young son is with me. Would you please moderate your language?’ I was horrified. There was a moment out of time, when the players stared at my father, he stared back at them, and the fans outside continued to stare in to the compartment. And then, miraculously, the players quietened down. The fistfight I had anticipated between my father and assorted players and fans did not take place.

It was an astonishingly brave thing for him to have done, and I told my school friends about it the next day. I was both embarrassed and proud. (We knew all the words. We were unshockable; why didn’t our parents recognize that we were practically adults now, etc.—still, what a father, to stand up to the players and their fans.) But I did not tell them about the conversation earlier that day, nor about my father’s failure to confront Arthur, though I have reflected on it many times since then. It was not a failure in courage on his part, for certain. I do not think that he ever in his life retreated from a fight.

It had instead something to do with an unwillingness to condescend to being offended, a refusal to acknowledge the hurt caused by the insult implicit in Arthur’s remark—that it is always noteworthy when Jews behave well. It is as if my father thought: ‘I’m not going to let him see that he’s got to me.’ But it also had something to do with not wanting to appear to be ‘touchy’. ‘Over-sensitivity’ to slights—worse, imagined slights—is com- monly supposed to be a characteristic of Jews.1 Arthur intended to please my father, not to offend him, so why take offence? Indeed, perhaps he meant no more than that the little girl had the kind of manners that Jewish children everywhere are celebrated as possessing.2 Let Arthur see that he is dealing with another Englishman, and not with an excitable Jew. Last, it had something to do with the conviction that there are certain things that will always remain unsaid between Jews and non-Jews, among which is the acknowledgement that offence has indeed been taken. Such an acknow- ledgement will not be understood; it cannot be communicated; it is best left alone. The Jew who does not ‘speak out’ is thus to be regarded as a realist, not a coward. There is no shame in silence in these circumstances. My father could perhaps have said, quite gently, ‘It’s not so remarkable, Arthur, that a Jewish girl has manners.’ But I am sure that he knew what kind of reaction he would have prompted—confusion, embarrassment, resentment. It would have been an excruciating moment for both men.

Or so I suppose my father might have reasoned, if he had been driven to justify his decision to let Arthur’s remark pass. I am sure that it was not the first time that he had thus been tried. There was in his tone, more than in the content of what he actually said to me, the implication that remarks of this kind were familiar to him—even, that he had learned to expect them. And yet there was nothing in either the tone or the content of his vexed, impatient words to suggest that he had quite settled the question of what he should do in just such circumstances. It was as if he did not have in his repertoire of responses to life’s challenges a response that quite met Arthur’s challenge—however inconsequential it was.

I was interested in what my father might do, mainly because I assumed it would teach me what to do if I found myself in similar circumstances. I took for granted that I would grow up to be just like him, and in time would therefore have to deal with Arthurs of my own. And yet, on those few occasions when I have been spoken to with that kind of condescension, it is not so much offence I have felt as a kind of impersonal bemusement, as if present at some odd display, one that has no real connection to me, even though directed at me. It has come at me as if from the margins, the manifestation of some absurd confusion of mind, a mental spasm. It is always unpleasant, but at the same time preposterous—the noises or gestures of a person who has embraced that tangled bundle of sentiments and beliefs known in shorthand as ‘anti-Semitism’.

I do not think that this reaction of mine has much to do with any greater social confidence on my part. I think it is almost entirely generational, reflecting the diminished part played by that kind of anti-Semitism in England today. It no longer represents a threat because it no longer speaks for anything that is substantial, anything that could injure or even impede. There remain in circulation other, more potent, kinds of anti-Semitism, of course.

My father’s exchange with Arthur was, among other things, a tiny episode in the history of Anglo-Jewry. Among the various promptings towards this book, the memory of that day, and the unresolved questions it provoked, are the furthest back in time.

Read the Forward’s review of ‘Trials of the Diaspora’

The Most Beautiful Manners