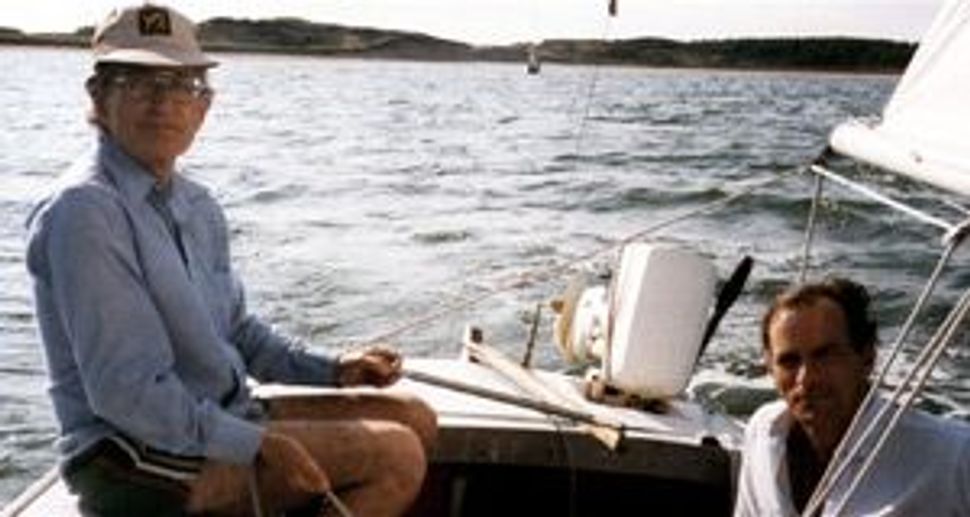 Image by COURTESY OF AMERICAN RADICAL

In the film “American Radical: The Trials of Norman Finkelstein,” the eponymous subject — denunciator of Israel, conspiracy monger and self-described “Frankenstein” — complains that the “Holocaust has long since ceased to be a source of moral and historical enlightenment.” Well, this surprisingly entertaining new documentary fixes that alleged problem.

The Holocaust is the source of moral and historical enlightenment in the fascinating, troubling and finally sad case of Norman Finkelstein, whose recently released book about Israel’s 2008 incursion into Gaza continues his decades of vitriolic criticism against Israel. In interviews, Finkelstein, his brother and a high school classmate, as well as Finkelstein’s mentor and defender, Noam Chomsky, all agree that it is impossible to understand him without considering the Holocaust. 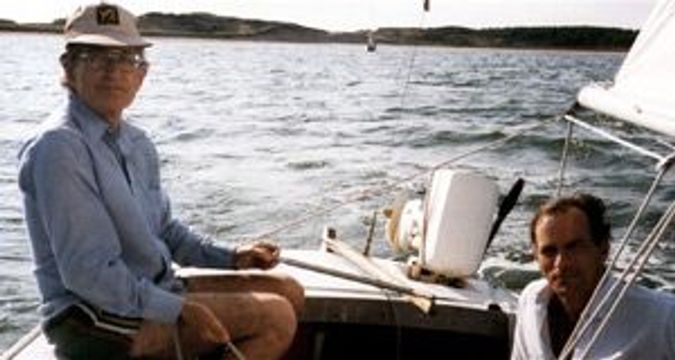 Both his parents survived the Warsaw Ghetto and the death camps, and Finkelstein recalls how during his Brooklyn boyhood, though his father never opened his mouth, his mother ruminated on her experience constantly. She became a committed pacifist who could see no excuse for violence of any kind, and her mind frequently leaped at any experience that, for her, might momentarily answer the questions raised by her imprisonment at Auschwitz.

It seems there was little she couldn’t transform for her purposes. For instance, she loved to give the refrain of the classic breakup song “I Will Survive” a Holocaust twist, anticipating by decades the epsiode “The Survivor” from HBO’S “Curb Your Enthusiasm.” Finkelstein’s earnestness is also sometimes relieved by a comic impulse that filmmakers Nicolas Rossier and David Ridgen are shrewd to include. The jokes are welcome evidence that despite his Israel fixation, perhaps Finkelstein hasn’t entirely lost it.

Finkelstein says that his Holocaust-drenched childhood put him out of step with the world around him. His fellow baby boomers set aside politics as Vietnam receded and adulthood loomed. Finkelstein could not. His childhood’s takeaway lesson was an indisputable one: The world is a “radically unfair place.” The world is also a radically large place, but Finkelstein scrutinizes a manageably small piece of it. His books and lectures focus on the unfairness he believes has been caused by Jews.

In this pursuit he was encouraged by Israel critic extraordinaire Chomsky, who supported Finkelstein’s research into Zionism while the young man was a graduate student at Princeton. A researcher in the 1980s seeking to expose unfairness could hardly have done better than to focus on Israel and the Palestinians. It has become a Klondike mine of unfairness studies for the Finkelsteins of the world, forever yielding new injustices as they dig deeper.

In the 1980s, Finkelstein began spending considerable time in the Israeli-occupied West Bank, where he formed friendships with local Palestinians who freely admitted that they hated Jews. In the 1990s, he produced two obscure books about the Israel-Palestine conflict, both highly critical of Israel. But it was his 2000 book, “The Holocaust Industry: Reflections on the Exploitation of Jewish Suffering” (Verso Books), that catapulted him to infamy in the Jewish community and earned him the scorn of many scholars who found the book’s conspiracy-minded analysis of the rise of Holocaust studies as a propaganda smokescreen for Israel insupportable. The film revisits some of the scathing criticisms Finkelstein has earned, including Leon Wieseltier’s 1998 assessment that Finkelstein is “poison, he’s a disgusting self-hating Jew, he’s something you find under a rock.”

But the documentary about Finkelstein is successful. It never lectures or bores, but rather portrays this Jewish extremist entertainingly. And it elicits a morbid fascination for anyone who agrees with Todd Endelman, a professor of modern Jewish history, that Jewish history must make room for the unsavory Jews, among them the “converts, renegades, and no-goodniks.”

Part of the film’s success is due to Finkelstein himself, who is open to a complex interpretation of his case. He never claims that he contains no poison. On the contrary, he recognizes that he has been made sick by ingesting a lot of poison, historical poison, the gut-wrenching story of the mass murder of Jews. It is this willingness to explore his own disease that makes Finkelstein a great documentary subject and someone far more sympathetic than Chomsky, his more famous champion who appears so often in the film.

Despite their overlapping antipathies toward Israel and the organized Jewish community, their obvious sympathy for each other and matching talent for infuriating their mutual enemy, Alan Dershowitz — who gets plenty of screen time but never seems to come off well, no matter how unreasonable his opponent — it is the differences between Chomsky and Finkelstein that make “American Radical” a compelling portrait of a difficult man.

Finkelstein has none of Chomsky’s designed-to-infuriate composure and aloofness. He gets angry, tells people to shut up, exclaims excitedly that a particular crowd is crazy and, most of all, convinces anyone watching him that he is in the grip of a great force that is compelling him to do and say strange things.

This realization transforms our view of Finkelstein. At the film’s outset, he is presented as an upsetter of political applecarts. But by the time we see him, late in the film, visiting Lebanon to offer his delusional support for Hezbollah, it is clear he is one of the bruised apples.

What “American Radical” leaves you with are Finkelstein’s fixed stare, lonely home and memories of his mother. She worried about him. She regretted how her experience and the lessons she tried to draw from it had affected her son. She was afraid, Finkelstein says in the film, “that I was destroying myself.” He views his upbringing as a post-Holocaust experiment gone wrong. His mother wanted to him to be a new kind of Finkelstein, but instead, he said, he became a Frankenstein. And like the original, this Jewish Frankenstein ends up hating himself and those who created him.