Too Clever by Half 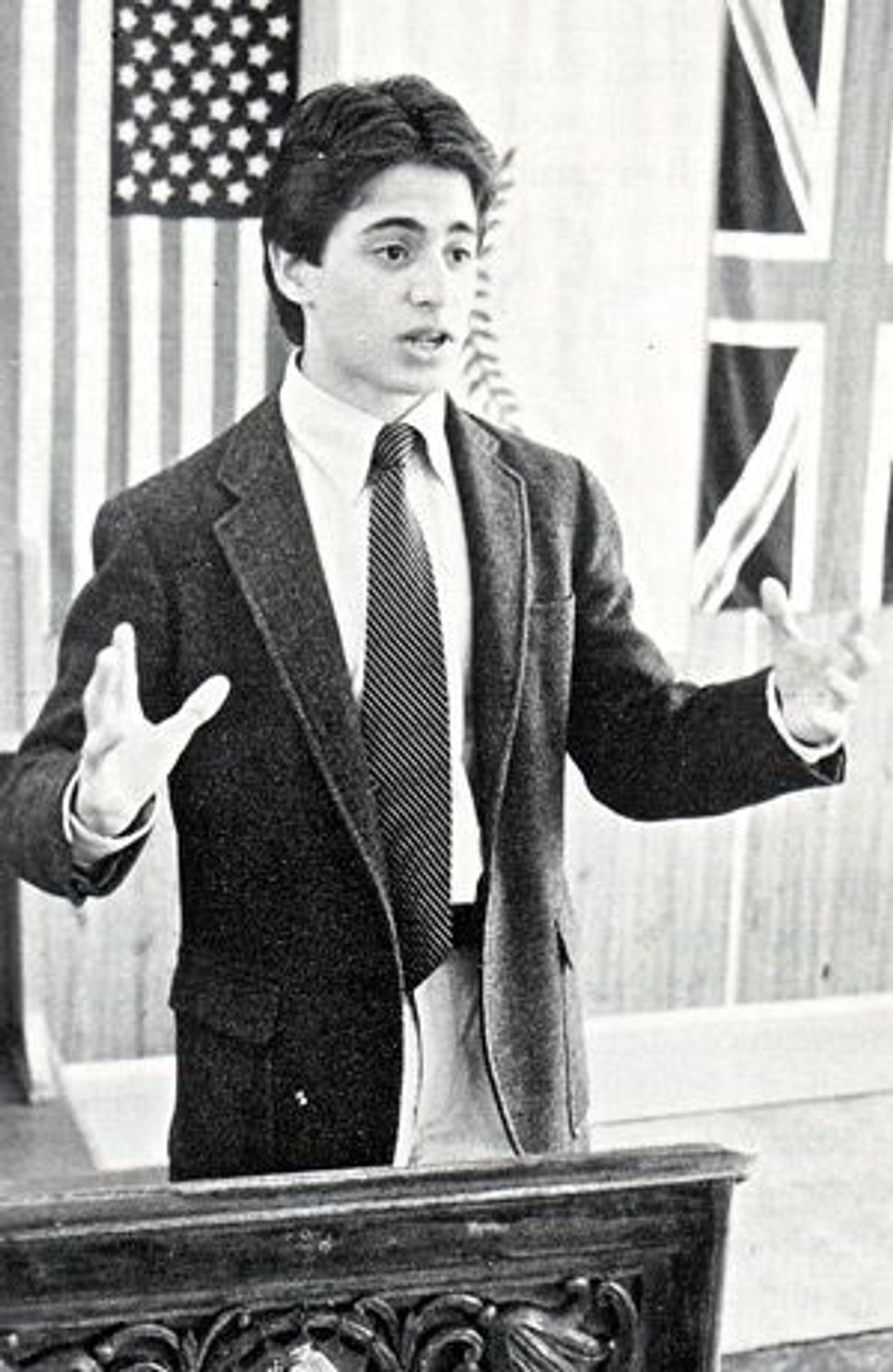 Time To Talk: He wears a family tie on Mark Oppenheimer?s day off. Image by COURTESY MARK OPPENHEIMER 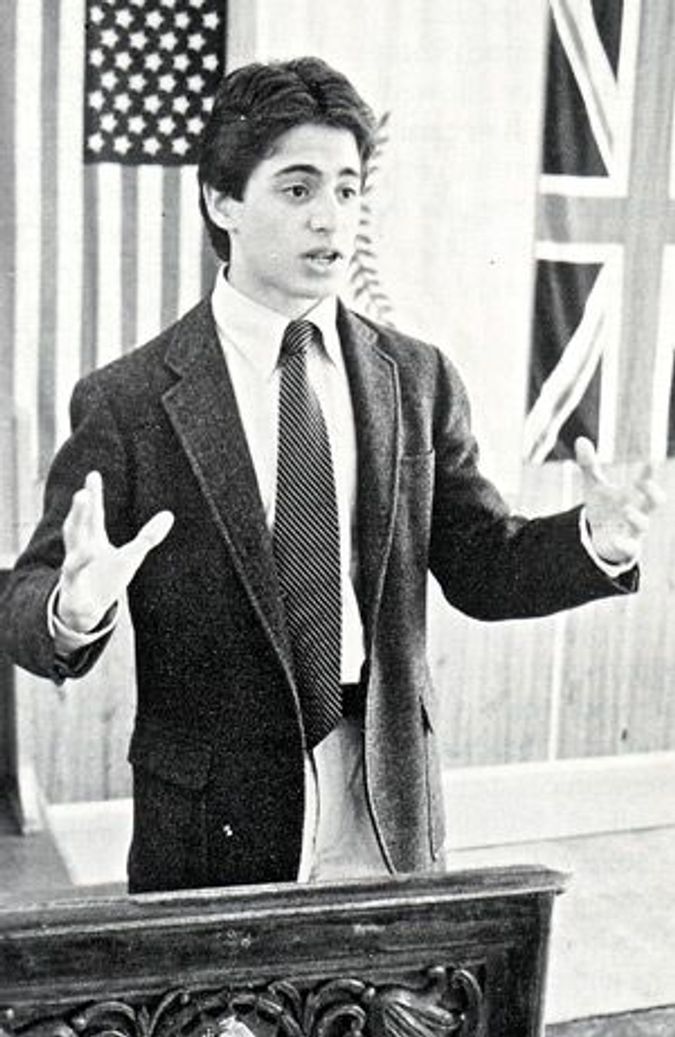 Time To Talk: He wears a family tie on Mark Oppenheimer?s day off. Image by COURTESY MARK OPPENHEIMER

Being a smart kid isn’t always all it’s cracked up to be, but it usually pays off in the end. That, at least, is the lesson taught by Mark Oppenheimer in his alternately tender and comic memoir, “Wisenheimer: A Childhood Subject to Debate.” A religion columnist for The New York Times and a contributor to many other publications (including this one), Oppenheimer lays aside his more obviously journalistic interests in this book to explore his own adolescent infatuation with oratory and his life-long love of language.

While it may seem self-indulgent to write a whole book about one’s middle-class upbringing and passion for debating — an archetypically preppy activity if there ever was one —“Wisenheimer” is actually a welcome relief from the usual dysfunctional-family-and-substance-abuse memoir. Like some of Jonathan Franzen’s autobiographical essays, or Tobias Wolff’s prep-school bildungsroman, novel of education, “Old School,” “Wisenheimer” deftly depicts one boy’s intellectual, social and sexual coming of age. While the latter two elements give the book its most obvious personal edge, it’s the former where Oppenheimer really reveals himself.

Oppenheimer identifies himself as a wiseass, a smart aleck or, to use his favorite term, a wisenheimer. He describes his childhood self, growing up in Springfield, Mass., as a precocious but very annoying little boy who sounded a lot more mature than he behaved. Yet despite the fact that he drove his parents and siblings to distraction with his nonstop talking, his family also nurtured his natural gift of gab.

As a child of left-wing intellectuals (Oppenheimer’s parents’ ideological leanings can be gleaned from the fact that they once sent him to a clothing-optional summer camp), Oppenheimer enjoyed sparring verbally with his parents’ adult friends, gleefully challenging their political orthodoxies. He also fondly recalls visiting his grammar-obsessed grandparents in Philadelphia, who impressed upon him the value of proper English. “Whenever I wonder where I get my love for language, my close attention to it, my deep investment in it, I think about my grandmother bent over a piece of stationery, demanding that her state senator change the [grammatically incorrect] Pennsylvania license plate,” Oppenheimer writes. “I wasn’t the first wisenheimer in my family.”

Oppenheimer’s argumentativeness was less welcomed by his elementary school friends and teachers, who were unimpressed by his habit of signing his papers “Mark the Great.” As Oppenheimer readily admits, he wasn’t the easiest child to get along with, and his book is filled with unflattering depictions of his ill-advised exploits. Lonely and alienated, he often marshaled his verbal prowess for unkind ends. When one of his few friends was dumped by his girlfriend, Oppenheimer decided to get revenge by impersonating the girlfriend on a helpline and accusing her father of sexual abuse. “A lot of what I did could be called youthful mischief, I suppose,” Oppenheimer regretfully muses. “But in truth I had become a bully.”

As Oppenheimer grew up in the 1980s, his sense of himself as a too-smart-for-his-own-good outsider was helped along by the pop culture icons of the day, including television characters such as the tie-wearing young Republican Alex P. Keaton on “Family Ties,” and movie heroes such as the high school truant Ferris Bueller. “I was always an outsider, so through all the turmoil of school in those years — the shifting cliques that I never learned to negotiate, the teachers who were baffled by me, the teachers who were cruel to me — it also became a matter of ego survival to valorize my skill, to decide there was something good about it,” Oppenheimer writes. It was only in junior high, however, with his discovery of debating, that Oppenheimer truly found his place

The bulk of “Wisenheimer” is given over to Oppenheimer’s junior high and high school debating career. This took place first at a rough-around-the-edges private school, where he “managed to impress people as a surprising, precocious, pocket-sized curio of an intellectual,” and later at the more posh Loomis Chaffee prep school, where he became an international debate champion. Oppenheimer’s focus is less on his achievements, however, than on his discoveries — the excitement of participating in tournaments overseas, the skills of thought and rhetoric that he laboriously accumulated, and the relationships with fellow debaters that he developed at home and around the world.

Narrating one’s process of intellectual maturation is a difficult thing to do without becoming dry or pedantic, but Oppenheimer does it with a light and inviting touch. He recalls preparing for his first debates in seventh grade, in which he first discovered “the pleasures of slow, accumulated knowledge,” and the “tactile pleasure in the business of going to and from the stacks.” He affectionately recalls his debating coaches, invariably paunchy or bearded men. (“I often wondered at the limitless possibilities of a hypothetical coach who was hirsute and fat,” Oppenheimer remarks. “Had such a man existed, his teams would have been unstoppable.”) They were eccentric, perhaps, but also heroically devoted to their students, and they nurtured their abilities to think and to argue. And he wistfully recounts his disenchantment with debating, which he found himself outgrowing as he finished high school.

Eventually, Oppenheimer went on to Yale, where he debated half-heartedly and got excited about other things, such as the study of religion, in which he earned a doctorate. Now, he notes, instead of practicing public speaking, he observes it, in the form of sermons and political speeches. Few people’s teenage obsessions stay with them throughout life, but neither do they cease to inform and contribute to their continued development. A universal lesson, to be sure, but in Oppenheimer’s case, it’s a word from the truly wise about the mixed blessings that come with being an inveterate wisenheimer.

Too Clever by Half