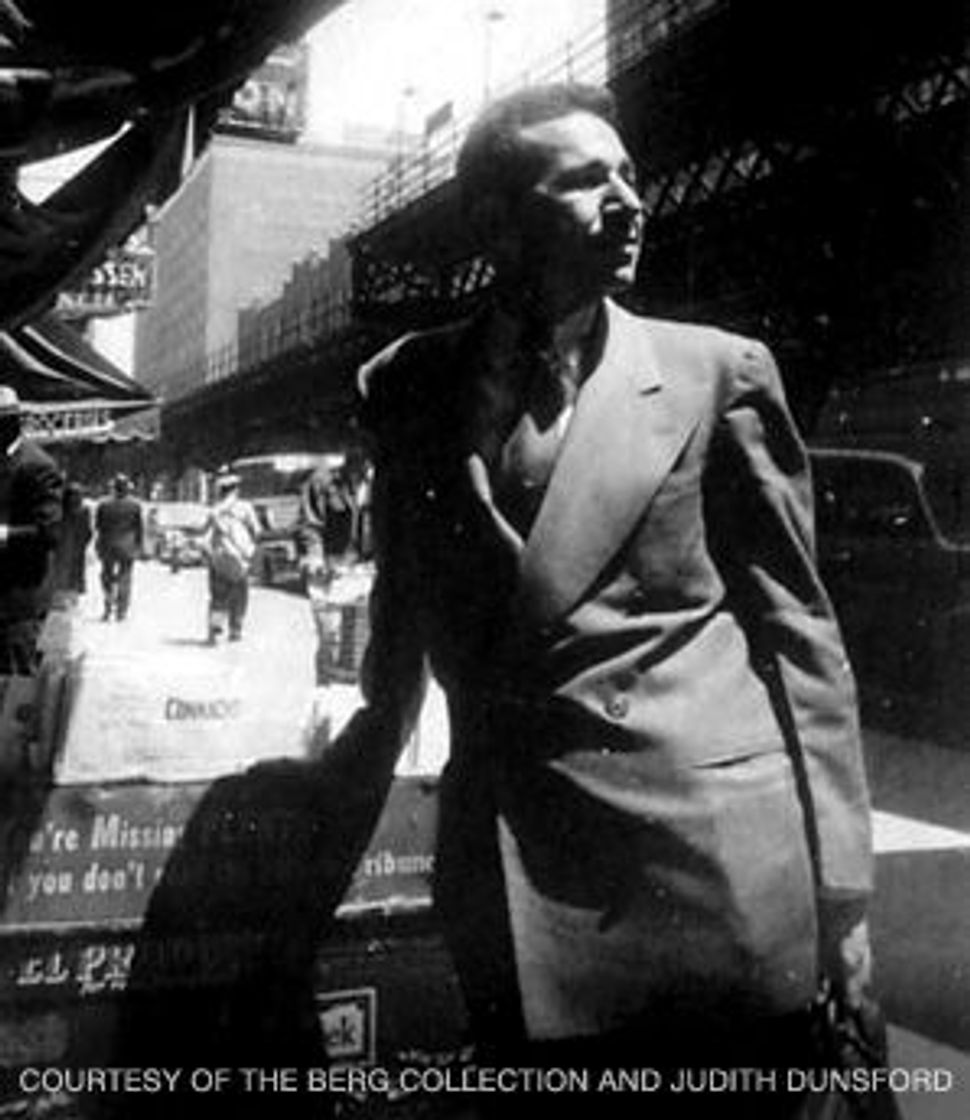 Critical Light: A new biography looks at the life and work of Alfred Kazin. 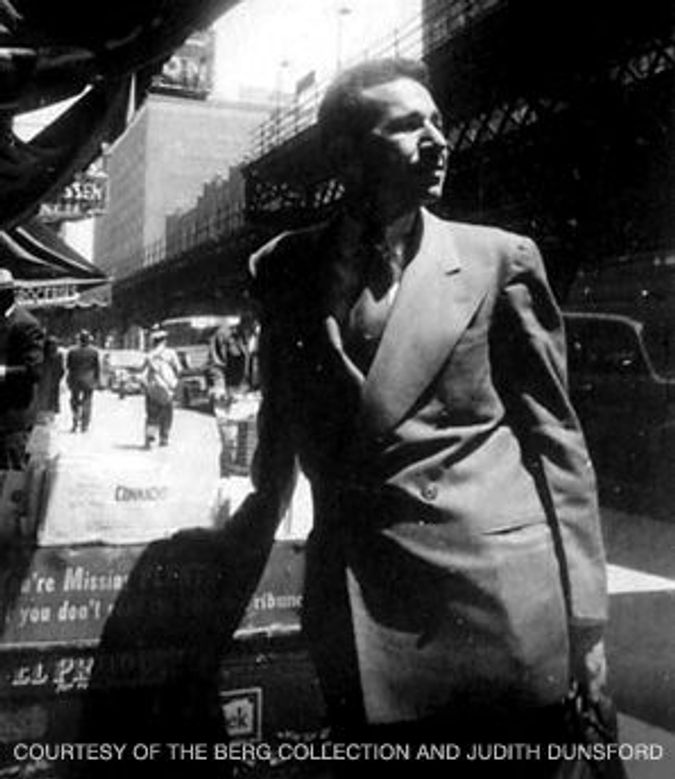 Critical Light: A new biography looks at the life and work of Alfred Kazin.

Of Alfred Kazin’s serried and august friends and enemies, people still know a lot: Irving Howe and Richard Hofstadter, Norman Podhoretz and Irving Kristol, Lionel Trilling and Hannah Arendt — they all wrote grand books that will long outlive them, or they edited journals still extant, or they lived with such bombast that the dirt will hardly keep the coffin shut. But Kazin slips between the definitional cracks. He was never a communist, so he never became a turncoat; a mild socialist, he rejected Stalin early and had little to atone for. In the 1960s, as his friends were becoming unhinged by the rhetoric of the New Left, he maintained a bemused respect for the kids. He lacked Norman Mailer’s urge to brawl, yet also lacked Trilling’s social ease and charm. He was proud of Israel but had misgivings about Zionism. He loved being Jewish but had little time for Judaism. In the guild of book critics, he actually loved books. He always preferred an empty room, no disturbances and some large volumes waiting to be cracked. In fact, for decades he kept a small apartment downtown from his home on Manhattan’s Upper West Side; it was his office and his getaway.

It was also his sex pad, and Richard Cook must have been happy for that. If not for Kazin’s four marriages and compulsive extracurricular shtupping, the biographer would be stuck for his subject with a decent man, overly attached to his mother, lonely and bookish as a child, later a successful critic and literary scenester with several very good books to his name. And it only hurts the biographer’s cause that Kazin wrote a trio of famous memoirs: In “A Walker in the City,” “Starting Out in the Thirties” and “New York Jew,” Kazin dished the dirt on himself and all his comrades, albeit with some names changed.

The lesson of Cook’s engaging, judicious book is simple: You can take the kid out of Brownsville, but you can’t take Brownsville out of the kid. Without lapsing into a trite Freudian schema, Cook successfully argues that everything in Kazin’s life, from his literary successes to his matrimonial failures, was overdetermined by his simultaneous attachment to, and revulsion for, his childhood home in Brooklyn. Kazin is certainly the only genius to remember City College — famed factory of Jewish geniuses — with contempt for the commute involved: “I hated City College; it was an hour and more each way from my home in darkest Brownsville, I had to bring my lunch from home, there were no seats in the lunchroom anyway; it was all odorously male… the radical ambience was fanatical, arrogant, quite violent at times, and by no means to my liking.” Could we do better for a window into the man’s soul? Home was “darkest Brownsville,” but how he hated traveling a whole hour away.

Naturally, that anxiety about the pull of home led to desires for escape, and his escape was into literature. He loved all literature — black, white, Jewish, gentile — but the work that in 1942 made his reputation, “On Native Grounds,” was a grand celebration of the great American canon of the 1880s onward, including William Dean Howells, Jack London and his beloved Theodore Dreiser. He also admired Sherwood Anderson, Sinclair Lewis and Willa Cather, who all contributed to the “modern” impulse in American writing, a sensibility that in Kazin’s celebration was typically, organically American, emblematic of the country he wished felt like his own; by contrast, he disliked Fitzgerald, Hemingway and Dos Passos, all of whom he thought exemplified a baleful alienation.

Kazin’s taxonomy has not been influential; his book is hardly read today. But it represented a kind of appreciative, popular criticism that was rightly exalted at the time, and he seemed the natural heir to his hero, Edmund Wilson. Before long, he was writing reviews for The New York Times, the Herald-Tribune, The New Republic and The New Yorker, and making up the difference in rent with guest lectures and professorships. Later, permanent jobs came at Stony Brook University and his alma mater, City University. At his death in 1998, his reviews were still published everywhere, and he had been inducted into the American Academy of Arts and Sciences. His writing had never changed the world, but for six decades it was read by people who had, and it had probably changed them.

Meanwhile, Kazin ruined his marriage to Asya, then to Carol, then to Ann; Judith survived him. He did lasting damage to his relationships with children Michael and Kate. Sometimes, Cook’s interpretation of Kazin’s poor record as a family man is overly exculpatory. Most men grow up revering their mothers as infallible baleboostehs; many of those men have fathers who were out of work some of the time, and many of those men were once nerdy boys who had a hard time with girls. But few reach the heights of self-justifying lecherousness that Kazin attained. Yes, he felt guilty, but he also believed that affairs were necessary to blow off steam and to clear one’s head — those ever-handy clichés of the philanderer.

Cook’s explanatory arc is seductively smooth, and occasionally I worried he was smoothing over inconvenient facts. For example, although materially impoverished, the Kazin boyhood home doesn’t sound so terrible. There was food to eat, a library card, two loving if imperfectly matched parents and a younger sister who would also become a fine critic, Pearl Kazin Bell. His father, Gedahlia “Charles” Kazin, took the young Alfred to hear Brahms and Beethoven play; he later would drop by the grown Alfred’s lectures. It may be that the lame, ineffectual father Alfred remembered was more than a little invented, possibly as an excuse for his own adult failings. In this matter, Cook, usually an admirable skeptic, might have been more cautious.

And Cook never really approaches the question of why Kazin was such an attractive beneficiary of review assignments. He was a great writer, but that is not the end of the story. Editors must always ask themselves, “Why this reviewer and not that one?” It may simply have been that Kazin’s mix of speed, avidity and competence was unmatched. Or it may have been that editors knew Kazin was that rare animal, a true appreciator. For all his life, the people around Kazin were joining camps, separating into alcoves: Trotskyite, Menshevik, anarchist, New Critic, postmodernist. Kazin knew them all, learned from them, but ultimately kept his own counsel. Insecure though he may have been, he knew what he loved (in women and books), and no one would dictate how he related to them.

Mark Oppenheimer is the editor of The New Haven Review and the author of “Thirteen and a Day: The Bar and Bat Mitzvah Across America” (Farrar, Straus and Giroux, 2005). He is a senior book critic for the Forward.