A Life of Breath 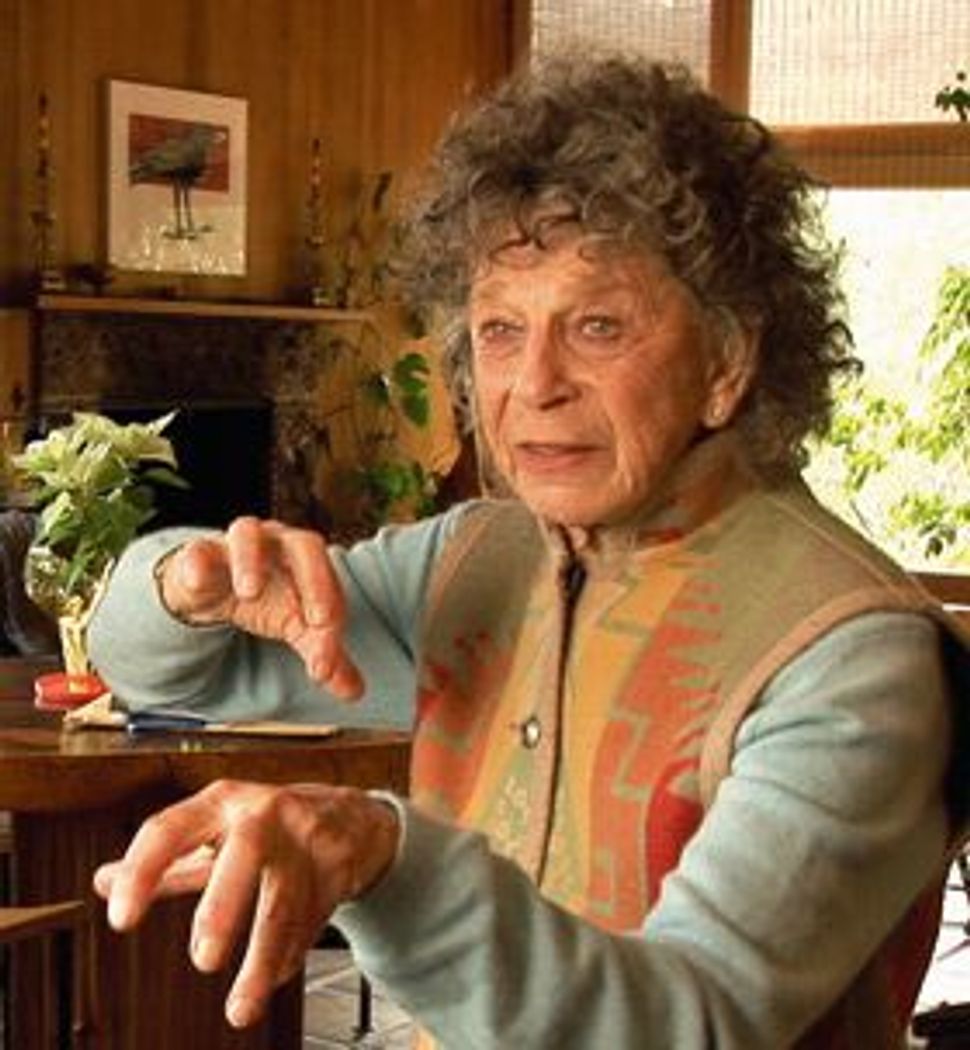 Like This: Halprin demonstrates a movement or position. Image by COURTESY OF ARGOT PICTURES

Dancer on Deck: Anna Halprin dancing and teaching in the fresh air outside her home. Image by COURTESY OF ARGOT PICTURES

At the start of Ruedi Gerber’s documentary film, “Breath Made Visible,” a dancer moves onstage with the supple grace of a cat. She takes off an outer garment to reveal legs that, under other circumstances, would draw the eyes and wolf-whistles of construction workers. Fluidly, she takes off her gloves and then her mask. And here’s where viewers may be in for a shock.

The dancer is Anna Halprin, a pioneer of postmodern dance and the creator of 180 works that push the boundaries of the conventional view of this art. The owner of those legs, who moves with natural agility, is just a few months short of 90 and was in her mid-80s when these opening scenes were shot. 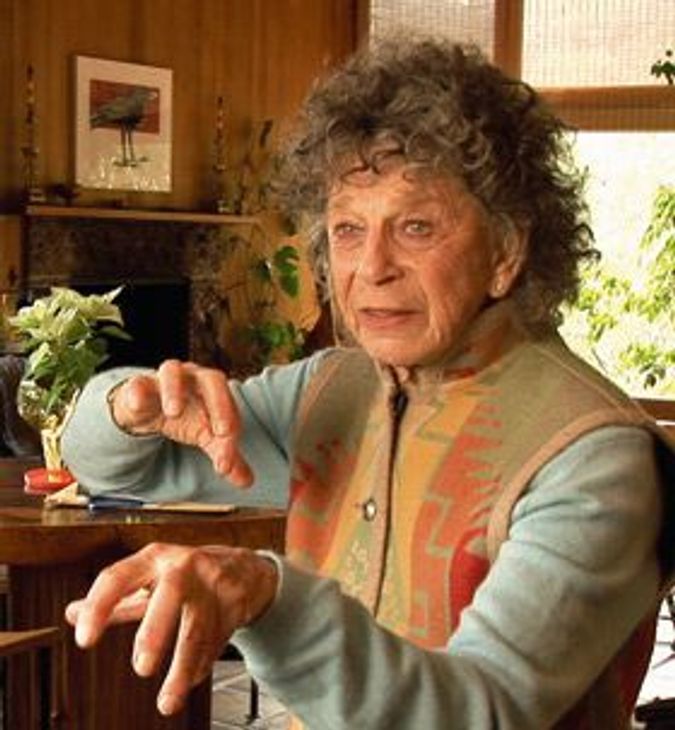 Like This: Halprin demonstrates a movement or position. Image by COURTESY OF ARGOT PICTURES

On the phone from her home studio in Northern California, she accepted the compliments about her legs and elegance with proselytizing grace. “That’s what dance will do for you,” she said. “It keeps you in shape emotionally and physically and every other which way.”

Through a combination of archival footage and interviews, the film captures not only her physical grace, but also her passion for the art of dance. Testimony comes from the artist herself, as well as from such dance luminaries as John Graham and A.A. Leath — both of whom founded a dance company with her — and the late Merce Cunningham.

She started the San Francisco Dancers’ Workshop in 1955, has performed all over the world, but, equally important, she’s taken dance off the stage and into people’s lives.

“I work with people who have life-threatening issues,” she said. “I spent a whole year working with people with AIDS. We would create a dance and work a dance to deal with our emotional condition. Or I worked with people from [Los Angeles’s] Watts to use dance as a way to work out our differences and find commonality.”

For the record, it’s not a good idea to suggest that this sounds more like therapy than dance — and New Age therapy at that. Halprin’s reaction is swift:

“No, it’s not therapy; it’s art. I’m an artist, not a therapist. People have such preconceived notions of what dance is; it’s jazz or folk or ballroom. But dance is working with real-life issues in the way indigenous people worked with dance. If they wanted to be successful in a hunt, they did a hunting dance. If they had a healing situation, they did a healing dance. There’s nothing new about what I’m doing. It’s very old. And it’s not hippie and not New Age.”

Her protests about tradition to the contrary, she is considered by most dance observers to be a “pioneer” in the art, and, as with all pioneers, she has suffered the slings and arrows of outraged traditionalists. Her pieces that involve nudity or using the audience have raised the hackles of some. Nevertheless, for the concept behind her process she has won widespread acceptance, and for herself she has won a slew of awards from such organizations as the California Arts Council, Dance Magazine and the Dance Heritage Coalition. And the dance universe owes it all to her Hasidic grandfather.

He was a tailor in a Russian shtetl. “He used to make their uniforms, so the Cossacks left them [his family] alone. So, for a long time, when the Cossacks would come in and sweep through the village, they would bypass my grandfather’s house.”

At some point, though, life in Russia became untenable, so young men would come to America and get jobs to earn enough money to bring over their families. Anna’s father was the last of the family to make it over, arriving in America sometime between the ages of 5 and 7. Because he didn’t have a birth certificate, he was never certain how old he was.

The family settled on Chicago’s West Side, and prospered. By the time Anna was born, her parents lived in Winnetka, a Chicago suburb. “Every Saturday, we would go visit [my grandparents. My grandfather] would always be in shul, and I would go to shul and sit up in the balcony with the women and watch him. He’d be praying, and as he prayed he’d be joyful and he would express that in movement or, for me, dance.

“For him it was just a natural way to pray, but because he had a beard and gray hair, as a 5-year-old I thought this is what God looks like and that God is a dancer. I’ve spent a lifetime searching for a dance that would be as meaningful to me as that was to him.”

At about this time, young Anna Schuman was enrolled in ballet class, “but even at that age, I couldn’t submit myself to what I thought was silly. I, apparently, was a clown, and everyone laughed at me. My mother was embarrassed.”

So, instead, she moved Anna on to classes that featured what she calls “Isadora Duncan dancing” — meaning more free form — where she found a home, a career and her calling.

She subsequently married Lawrence Halprin, who would become a world-famous landscape architect. His was the landscape design for the Franklin Delano Roosevelt Memorial, in Washington, D.C., and the affecting Yad Vashem Holocaust Memorial, in Jerusalem. He called his work, which blended gardens and concrete, choreography.

In terms of dance, though, his most significant contribution may be the free-form deck he built for his wife at their Marin County, Calif., home. It allowed her to dance within the embrace of nature. It also became a home away from home — almost a refuge — for dancers such as Cunningham, composers such as John Cage and visual artist Robert Morris, among others.

Her influence extends not only through those she has sheltered, but also through her own work, which continues. Lawrence Halprin died last October at 93, after almost 70 years of marriage. Appropriately, Anna Halperin is creating a dance in his memory.

“Breath Made Visible” opens in New York City on April 23 and in Los Angeles on May 7.

Curt Schleier teaches business writing to executives and is the editor of tvsoundoff.com and filmsoundoff.com

A Life of Breath