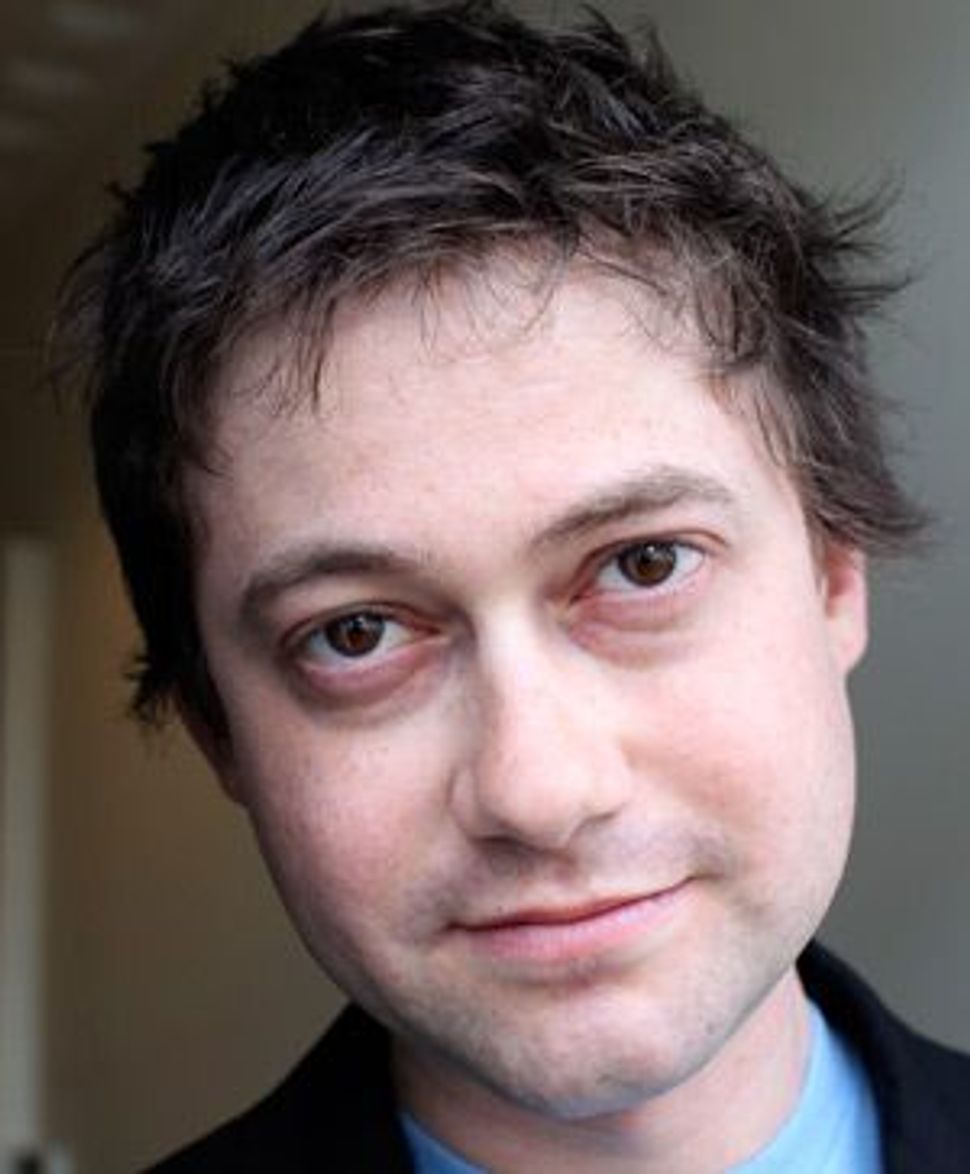 Literary Wunderkind: In his latest book, Adam Thirlwell heads toward ?The Magic Mountain,? but ventures into Philip Roth territory as he goes. Image by EAMONN MCCABE

The Escape
By Adam Thirlwell
Farrar, Straus and Giroux, 336 pages, $25 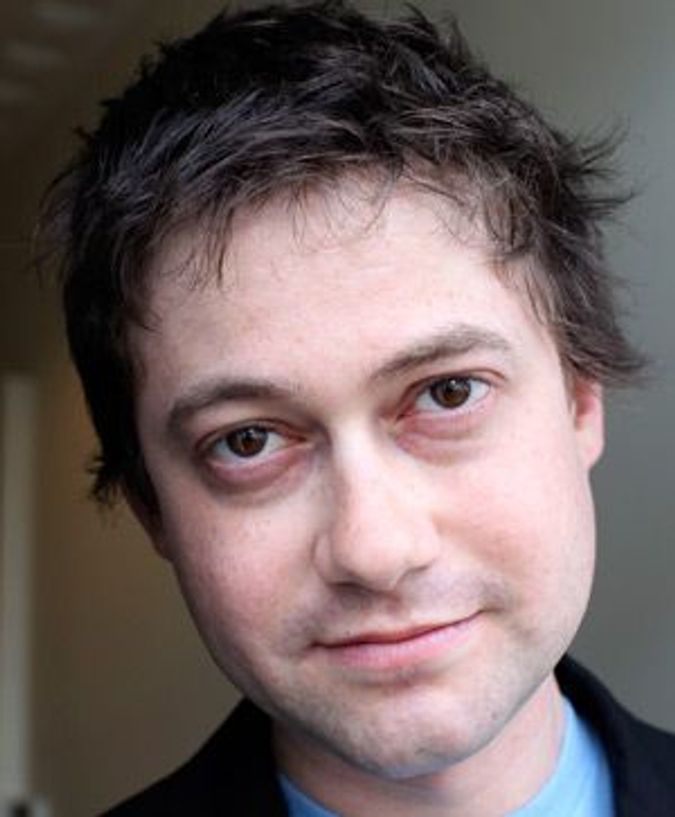 Literary Wunderkind: In his latest book, Adam Thirlwell heads toward ?The Magic Mountain,? but ventures into Philip Roth territory as he goes. Image by EAMONN MCCABE

‘No one likes a deserter, an escapee, because it proves the fact that there is always a choice. So often, it is easier to believe that life is a trap.” So asserts the wily and knowing narrator of Adam Thirlwell’s at once brilliant and deeply frustrating new novel, “The Escape.” But is escape even possible? Is it desirable? The book’s brilliance stems from the struggles and contradictions these questions prompt, while its shortcomings test our ability to spend this many pages with a protagonist whose importance is repeatedly argued for but never entirely proved.

Seventy-eight-year-old Raphael Haffner arrives in an Alpine spa town much like Thomas Mann’s protagonist, Hans Castorp, does in “The Magic Mountain,” with a clear goal in mind. But whereas Castorp’s companions at the sanatorium all represent the different types found in bourgeois society, in “The Escape,” the analysis of bourgeois society rests firmly within Haffner’s actions and his own history.

Haffner — handsome, mediocre, lascivious, guilty and debased — is, as the author reminds us in various ways, meant to be emblematic of nothing less than the 20th century itself. He has arrived on a delicate mission to legally wrangle back his wife’s estate after it was confiscated during World War II. But in the meantime, he is free to engage in a variety of physical and psychological activities at the resort: a deviant sexual relationship with two women (one married, one 50 years his junior), an erotic massage performed by the nubile young man Niko, outings to age-inappropriate nightclubs. All this among bittersweet memories of his longtime marital failures with his beloved deceased wife, Livia.

The novel is told from the point of view of a first-person narrator whose identity is never revealed, a 19th-century device that lends it its archness of voice. The plot is deliberately thin: Haffner falls in love; Haffner is spurned; Haffner is chased; Haffner comes face to face with his long-suffering son; Haffner is sexually shamed.

We quickly dip into his Zelig-like history, his ambivalent Jewish adulthood in London (“He was bored by his friends who kept kosher, by the women who married and then developed a religious side, by the friends who wanted to visit historic synagogues or remnants of ghettos, on their otherwise bourgeois summer holidays. Schmaltz! All of it!”), his years in New York during the civil rights movement, his time as a young soldier in a battalion of actors during World War II. Fragmented scenes from the past form a complex, sinuous tapestry, but the threads of his life return to images of Livia, who tolerated his infidelities, who accepted his secrets and silences. Only at the end of the book do we learn about Livia’s own form of escape.

The chapter headings — “Haffner Unbound,” “Haffner Amorous,” “Haffner Amphibious” — underline the fact that this is a character study and, by extension, a rumination on the previous century. Haffner, like the world, is helpless in the face of his own fate. One of the book’s many compelling arguments is that whether referring to individuals or world events, history is bound to reproduce itself and there is no escape from its reiterations. “History, thought Haffner, was simply a playground of repetition. It really did amaze him how limited were its motifs.”

The winking prose is reminiscent of Vladimir Nabokov (Haffner as a more dashing relative of the title character in “Pnin”), while the subject matter treads deeply into Saul Bellow/Philip Roth literary territory. The novel begins with Haffner comically wedged into a bureau, watching his young love interest having sex with another man; he is fully aware of the absurdity of his role. “He knew his place in the art of love: the comic figure forever grasping after the women who fled him. Just like Silenus, whose comically old flesh concealed the youth of the lust within.”

Other than Livia, who figures loosely as Haffner’s conscience, the female characters are neatly divided into less than nuanced archetypes: the young, opportunistic vixen, and the desperate, middle-aged shrew. Neither receives a percentage of the complex psychological treatment, accorded to Haffner. But here, too, Thirlwell implies, the cliché of an older man with a younger woman must inevitably recur because “the true libertines are the geniuses at repetition.”

Thirlwell has been hailed as a wunderkind since the publication of his first novel, “Politics,” which earned him a mention on Granta’s Best Young British Novelists Under 40 list in 2003. His second book, “The Delighted States,” published five years later, was an ambitious, deeply personal and idiosyncratic reading of the Western canon. While there is no doubt that Thirlwell is a master stylist of the sentence and a truly original, even startling, thinker, “The Escape” feels weighed down, a bag too thin to hold the bulk of its overstuffed contents. “Like the hero of every legend — you had to gnaw on him, like on a bone, to discover the richness, the inner meaning,” the narrator says about Haffner. But will readers want to gnaw on him? Poor, craven, diminished Haffner, an entire century dropped on his shoulders, may simply not be up to the labor of all that allegory.

Irina Reyn is the author of the novel “What Happened to Anna K” (Touchstone, 2008).