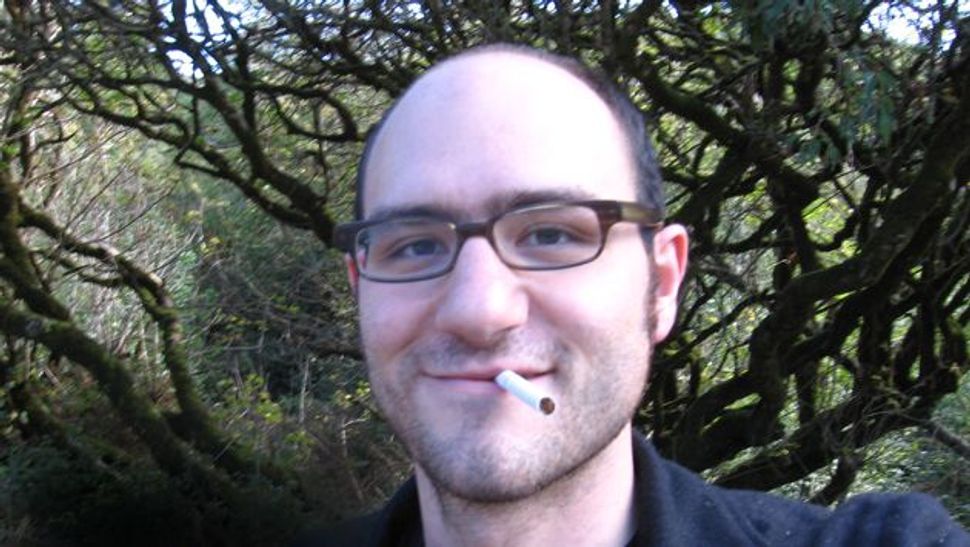 When you’re a teenager, there’s a sense that life is both as real and consequential as it’s ever going to get and, at the same time, that it’s just a rehearsal for something bigger. In Sam Munson’s debut novel, “The November Criminals,” this helps explain (and sometimes excuse) the exploits of high school senior Addison Schacht, as he does things that are harmlessly quirky and only slightly reckless, along with things that make it hard for readers to keep their disbelief suspended. Addison narrates with an intensity that can seem overwrought, but there’s no question that it fits the way the world appears to him. 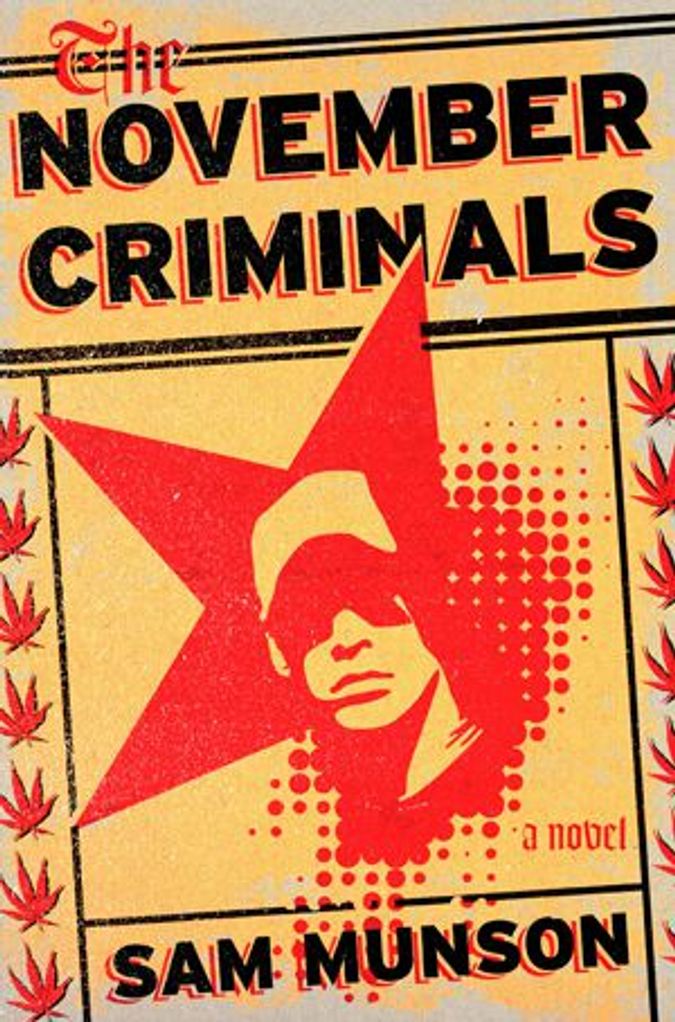 Building on a long tradition of male misanthropes with scant but significant redeeming qualities, Munson — the former online editor of Commentary, and grandson of former Commentary editor Norman Podhoretz — imagines Addison as a connoisseur of Holocaust jokes, a Jew who embraces his heritage largely through his willingness to make grotesque light of it. A smart-alecky marijuana dealer waiting out his last year of high school in Washington, D.C., Addison is in love (though he vigorously denies it) with his best friend and “associate,” Digger (née Phoebe), suspicious of well-intentioned overtures by just about anyone and passionate about Virgil’s epic poem “The Aeneid” (he owns three different translations). Of course, he’s also smarter than almost everyone else around him, though his pride in this doesn’t do much to temper his self-deprecation. “Being young is closely related to being stupid,” he admits.

Thanks in part to his boredom and self-conscious intellectual superiority, Addison becomes obsessed with the recent, unsolved murder of a classmate he barely knew, Kevin Broadus. Too nosy and neurotic to just shrug and chalk up the killing to the cruel randomness of the universe, he decides that he needs to get to the bottom of it. So he digs into the scant details of Kevin’s murder like a clumsy amateur detective, armed with homemade fliers and fueled by lots of pot. I give nothing away by noting that this is a bad idea.

Addison’s motives are dubious, and his search for the truth about what happened to Kevin feels futile. But as he begins to put himself in danger — getting in way over his head — there’s also an aura of genuine suspense. The plot is unnerving, anchored by the feeling that if a kid in your class can be shot to death while working at his menial after-school job, there must be something fundamentally wrong with the world. Otherwise, Addison’s days march on as usual: He hangs out with the spunky, no-nonsense Digger, listens to his drug supplier’s nonsensical tangents and mostly avoids his father, a tortured pottery artist whose supervision of his son is limited at best.

The book unfolds in the form of a long, confessional college admissions essay, written as Addison stays up all night responding to a question that asks applicants to describe their best and worst qualities. Since he is wracked with guilt, uncertainty and not a little bit of arrogance when it comes to almost everything in his life — particularly his relentless fixation on Kevin’s murder, which he can’t quite explain, even to himself — it’s entirely believable that he would feverishly fill a notebook with what amounts to a deposition (barely legible, one assumes), both to get it all off his chest and so that he can admire his own handiwork. But it also gives us an extra, unnecessary layer of plausibility to sift through.

Addison himself might agree. “[M]y writing leaves a lot to be desired, because it pretends to be experienced. How else am I supposed to write, though?” he reflects in a characteristically blunt aside, pointing out that he’s all too aware of his shortcomings, and that he understands if we don’t take him seriously. It’s sort of an in-joke, since Munson’s writing (insofar as it is Addison’s) needs no such excuses. Despite a generous shower of “like” and “über,” the prose sizzles with surprising sensitivity: Addison observes “a parking meter whose glass forehead had been smashed in,” and he feels “raw terror, which has that unique metal taste.” Listening to a friend’s elaborate lies about his sexual conquests, he notes “the embarrassing fluency produced by long inner rehearsals.”

As Addison explains (a bit awkwardly) late in the book, the historical “November Criminals” referred to by the title were socialist German politicians whom right-wingers saw as traitors to the German cause. The slur was later hurled at a broader sampling of alleged turncoats (including, predictably, Jews). Having read up on these origins, Addison convinces himself that based on his regrettable intrusion in the case of his dead classmate, he’s among their ranks. “I believe with all firmness that I am a November Criminal, a betrayer by nature,” he practically spits, as if daring his readers to contradict him. “Someone guilty at the feet of everyone else for his petty, sordid life and his petty, sordid crimes.”

Those “crimes” are far more petty than they are sordid, and in the end, we’re the ones who get to judge them. At face value, Addison’s identification with the November Criminals is as farfetched as the gun that makes an appearance about halfway through the book: Both are jarring interventions of real violence and historical gravity in a story that mostly just flirts with them. Addison may have made a small mess of things, but there’s little evidence that he’s quite as dastardly as he’d like to believe. Still, it’s his confidence in his own wickedness — if not quite the wickedness itself — that rings true. Just wait until he gets to college.

Eryn Loeb is a writer and editor in New York City. She writes regularly about nostalgia for The Faster Times.