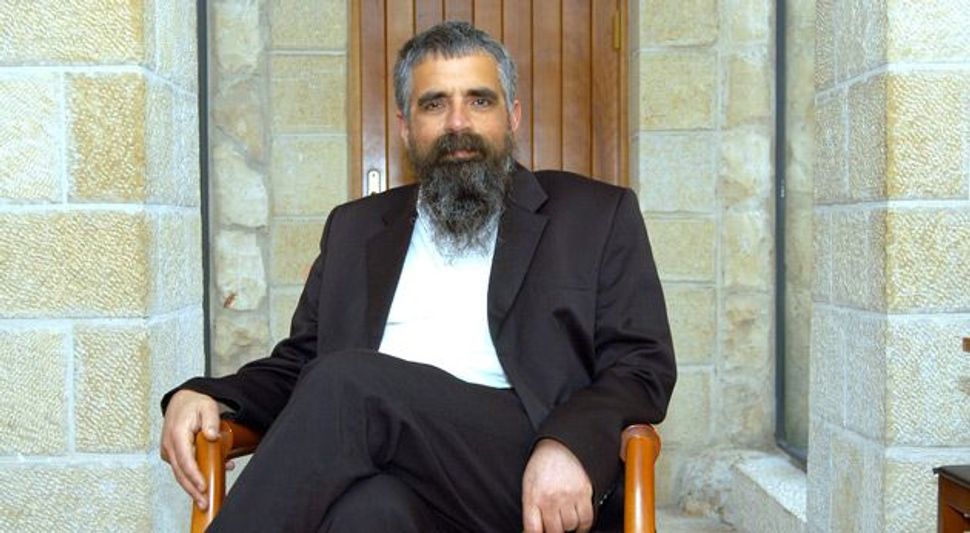 ?We should be the Rabbanut?: Rabbi Yuval Cherlow made his position clear. Image by COURTESY OF MISHKENOT

Two April conferences in Jerusalem illustrated both sides of the coin of Orthodoxy in Israel, indeed Orthodoxy worldwide.

One, the much heralded “The Future of Modern Orthodoxy: Imagine the Future. Join the Conversation,” under the auspices of a National Religious Party spin-off, “Ne’emanei Torah Va’Avodah,” was held April 1 in Jerusalem and was predictably passionate in its denunciation of the politically inept state rabbinate and the Haredi rabbis who have the rabbinate under their thumb. Participants were privy to the usual sessions on the agunah crisis, the one-year yeshiva program for American students and the “flipping-out” phenomenon, the future of the religious kibbutz movement, and the flap over conversion.

Some of the presentations were cogent and informative; others were merely background noise. The message: The beleaguered Modern Orthodox in Israel need to work with the secular institutions of the state to create new religious institutions that will break the Haredi hegemony over religion. In the words of Rabbi Yuval Cherlow, head of the Hesder Yeshiva in Petah Tikvah and a halachic decisor of great common sense, “We should be the Rabbanut; we should not be the ‘alternative.’”

But the true surprise was another conference on that very same afternoon — one that no one knew about — on the Hebrew language. What was remarkable about this second conference was that it was an academic conference on an academic topic, organized not by university professors, but by, and with papers from, Israeli Haredim.

Even more remarkable than the very occurrence of the conference was that “V’romemanu Mikol Lashon” (“You Have Raised Us Above All Other Tongues”) was the only conference in anyone’s memory in which Haredim participated with other non-Haredi Orthodox, including the “kippot s’rugot” — Israeli Modern Orthodox of the old NRP persuasion. Equally surprising was the fact that the conference, conducted in Hebrew (What else? Although in this era, many academic conferences in Israel are held in the Jewish lingua franca, English), was truly an academic conference: Noteworthy indeed was the high level of all the presentations and of the sophistication of the comments and challenges from the floor. Yes, there was the occasional foolish comment (to wit: “Our Hebrew is identical to that of Moshe Rabbeinu”), but these were the exceptions. There is a Hebrew word, “mtuchkam” usually imperfectly translated as “sophisticated,” but meaning much more — that accurately described the give-and-take between presenters and the audience.

Conference presentations were varied, rich and fascinating. Among myriad offerings were the use of the construct form in biblical Hebrew; reflections on the “Masorah,” the canonized text of the Hebrew Bible; different ways of referring to “Passover” in the Tanakh and the Talmud, reflecting changes over time in classical Hebrew; a grammatical analysis of irregularities in the “trop,” the cantillation of the Torah; varied usages of verb forms in the Bible and the Mishnah, and the nominative and accusative in biblical Hebrew. Credit for the high standard of these panels and, indeed, the existence of the conference itself, goes to Rabbi Yitzhak Frank, an academic himself and author of the highly regarded “The Practical Talmud Dictionary” and “Grammar for Gemara.” Frank has close ties with the Haredi world and presented a paper on “Arcana in Biblical and Talmudic Hebrew.”

Who was in the room? Of the more than 100 participants — and there was absolutely no publicity about “V’romemanu Mikol Lashon” in the press or elsewhere — some three-quarters were visibly Haredim in their varied flavors, the rest Israeli Modern Orthodox. Among the Haredi participants were Ger and Slonim and even Satmar Hasidim, and a varied group of “yeshivish,” non-Hasidic Haredim. There were representatives of Hardal (Haredi Dati Leumi), NRP Modern Orthodox who have taken a Haredi turn religiously and socially. There was even a sprinkling of regular university “academics” who were, in yet an additional surprise, not scapegoated or subjected to instant “herem.” Their participation was full, respectful and respected. About 20 women participated, too, and although the men and women were separated by a mechitza, a partition, comments from both sides were accorded full respect.

What was going on in Jerusalem? Evaluation of these conferences is a tricky business. One might suggest that each represented a comment on Orthodoxy in Israel at a crucial juncture: “The Future of Modern Orthodoxy: Imagine the Future” tells us that things are terrible, that the centrists are under siege, that it will take nothing less than a revolution in Orthodox society and institutions in Israel to effect change. “V’romemanu Mikol Lashon” sends a very different message, a counterintuitive one, and one certainly counter to that of the Modern Orthodox discussions: The Haredi Orthodox in Israel are not dead above the neck when it comes to critical inquiry, that intellectual activity takes place in those sectors of the Orthodox world, as well.

The two conferences, taken together, in an odd way suggest a convergence of interests. But this observer is not persuaded. Could the spirit of academic inquiry evident in the Haredi Hebrew conference lead ultimately to intellectual and social ferment in the Haredi community? Will debate over the use of the sh’va na` in the Bible lead to religious and societal change? Unlikely. As for the Modern Orthodox in Israel, no one knows the answer to “Whither the Modern Orthodox?” The scenario expressed by notables such as Rebbetzin Chana Henkin, Cherlow and a professor, Daniel Sperber, a scenario of a rabbinate controlled by Haredi rabbis, appears to be on the mark. Absent a centrist takeover of the formal rabbinical institutions of power — an improbable circumstance without a critical mass of public support — the halachic ball will remain in the court of a few Haredi rabbis.

“Nothing endures but change”? Heraclitus was canny, but he clearly did not experience the Jerusalem of 2010!

Jerome A. Chanes is the author of the award-winning “A Dark Side of History: Antisemitism Through the Ages” (Anti-Defamation League, 2001).