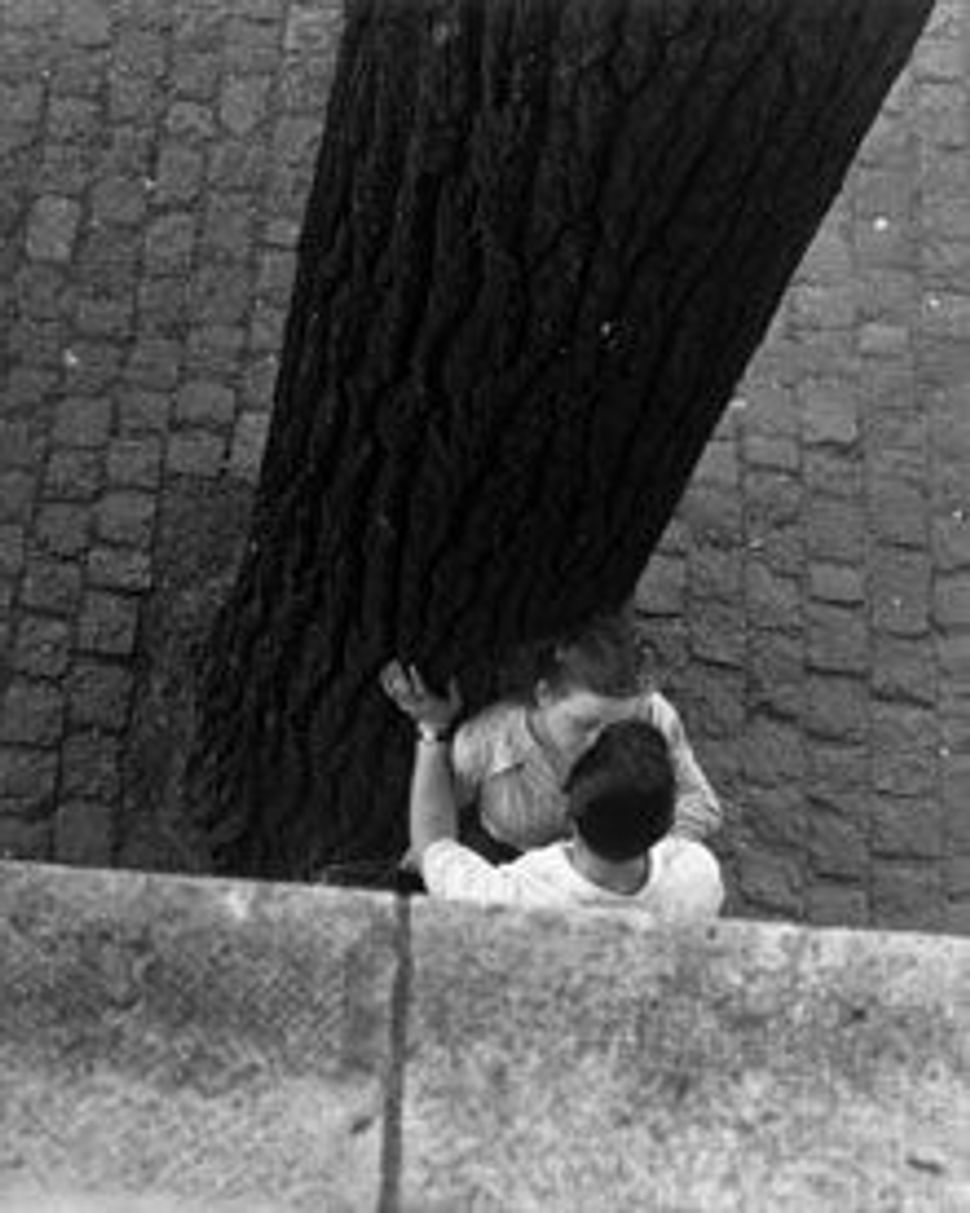 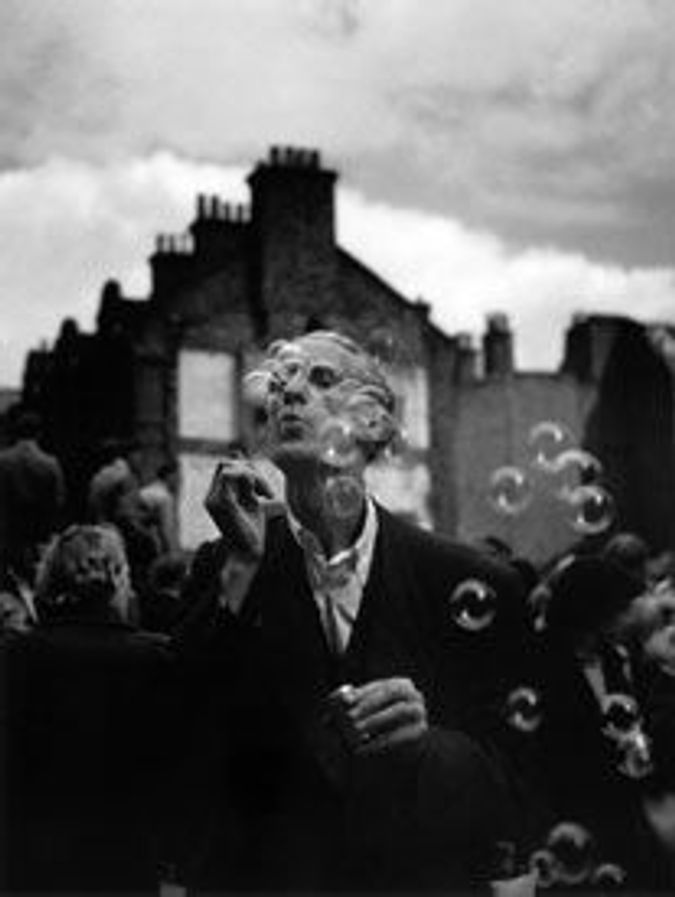 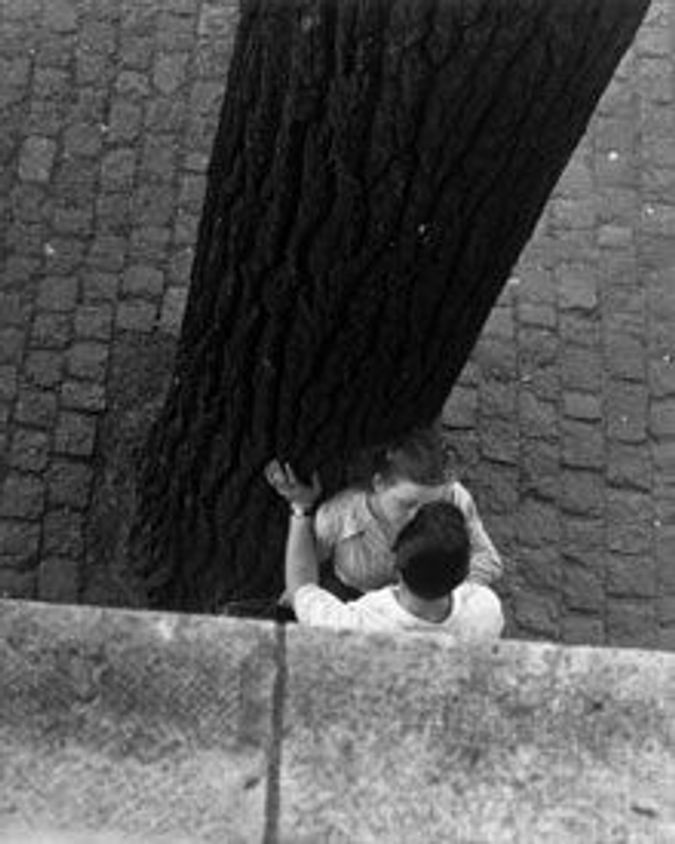 “Izis, Paris of Dreams” runs until May 29 and is a must-see for anyone visiting the city. A splendid catalog from Les Éditions Flammarion explains the trajectory of the quietly poetic Izis, whose photographs are not as immediately accessible or eye-grabbing as some other Paris photographers, like the sentimental Robert Doisneau and Jaques-Henri Lartigue, or the coldly formal Henri Cartier-Bresson. Izis’s friend, French-Jewish photographer Willy Ronis, whose mother also came from Lithuania, felt it was unjust that Izis should be less well known than many of his colleagues.

Yet Izis consciously aimed for images that need to be meditated in order to be fully appreciated. Not by accident, he grew to favor book projects — whether dealing with his first trip to Israel in 1952 or his friend, the painter Marc Chagall — over magazine assignments or gallery exhibits of his work. Born in Marijampolė in 1911, Izis fled Lithuanian poverty for the comforts of Paris in 1930 and to realize his dream of becoming a photographer.

He began by staying at a Montmartre shelter for Jewish laborers, founded by the Rothschild family, and frequenting a sixth arrondissement student restaurant where Yiddish was spoken. To survive, he worked as a humble photo retoucher at banal portrait studios that had no artistic mission. Hidden outside Limoges during the years of German occupation, Izis and his immediate family were sheltered by heroic Frenchmen like Henri Delage, later recognized as one of Yad Vashem’s Righteous Among the Nations. Arrested and tortured by the Nazis, Izis was freed by French Resistance fighters, and later joined the Underground. His family members who had remained in Lithuania, including his parents and brother, all perished tragically.

In the wake of this loss, in 1944, Izis’s first artistic series of photos — devoted to French Freedom Fighters — appeared in the French press. Although these were gritty images of soldiers, they possess his characteristic ambiguity. The unkempt, helmeted heads might equally belong to the defeated German foe, were they not clearly labeled good guys. A friend, Maurice Goudeket, the Jewish husband of the author Colette suggested that Izis read Colette’s poignantly nostalgic 1950 book, “In Known Regions” (“En Pays Connu”). Colette’s descriptions of remembered landscapes would inspire Izis’s 1953 book, “Earthly Paradise” (“Paradis Terrestre”) with its photographs of somber ruins and caged animals, which subtly allude to wartime agonies.

After he first visited Israel in 1952, Izis told one interviewer: ‘[Given the way Lithuania behaved during the war, it is no longer my homeland, or rather my birthplace. My birthplace has become Israel, even if I choose to live in Paris. When I went to Israel in 1952… it felt like a childhood landscape, I recognized the countryside. Surely this is because of our biblical education.”

In an unpublished memoir first excerpted in the aforementioned catalog, Izis writes of this first trip to the Holy Land: “In the fields near Beersheba, I met Ruth the Moabite… I met the Prophet Elijah almost everywhere. Near Jerusalem, I also saw Anne Frank and her friends, planting trees on Judea’s hills.” The Anne Frank look-alike appears in Izis’s haunting image, “Planting the Forest of the Martyrs, 1953” (Plantation de la forêt des Martyrs, 1953). A more energetically joyous 1950s image, “Harvest Festival, Kvutzat Shiller,” (Fête de la Moisson, Colonie Agricole de Kvoutsat Shiller), shows young kibbutzniks applying sickles to wheat stalks in a whirlwind of activity. Israel presented the photographer with some visual ironies, as witnessed by giant heaps of dilapidated shoes in a shop on the outskirts of Tel Aviv, inevitably recalling piles of shoes photographed in liberated concentration camps.

Israel reciprocated Izis’s admiration, honoring the photographer with a major 1972 retrospective at the Tel Aviv Museum and in 1990, the 10th anniversary of Izis’s death, a smaller but equally affectionate exhibit at Merhavia kibbutz in northern Israel, which he loved to visit.

Back in his Paris home, Izis’s visual investigations uncovered subtexts that are an essential part of his artistry. In one 1946 image, two boys, one on roller skates and the other walking alongside him, are going along the rue Chapon. This narrow street is in the Marais, the city’s Jewish quarter, which raises questions about how these boys, if Jewish, spent the war years. A photo titled “Place Victor-Basch, 1950” shows a mother and son selling potted plants in the street, under two umbrellas. The subtext is that the photo was taken on May Day, a workers’ holiday, when French people exchange Lilies of the Valley for good luck. In a further allusion, the city square is named after Victor Basch, a French Jewish Zionist politician murdered by France’s Milice in 1944. These are reminders of the horrors of recent history.

Naturally, Izis’s closest artistic association was with a painter of many mystical subtexts, Chagall. Growing up, Izis later recalled, he often read about Chagall in Lithuania’s Yiddish newspapers, since even by then he was the “most famous and celebrated Jewish painter in Paris. I understood nothing about Chagall, but that fired my imagination! I tried to comprehend, which I found exciting.” This striving to comprehend Chagall would result in a book-length photo essay, “The World of Marc Chagall,” (Doubleday, 1968; Gallimard, 1969), a best-seller that has been little studied, apart from its mere documentary value in biographies of Chagall, which tend to give Izis short shrift, just as posterity has until now.

Enigmatic images of old Chagall, like Izis’s earlier photos of hard-faced Résistance fighters, offer no easy answers. By looking at a photo of this great Jewish artist at work, can we discover secrets about his artistry? Is the painter’s external image the “real” Chagall, or should we look to intangibles, like his attraction to the tradition of Jewish mysticism and love for Israel, a love shared by Izis?

Late in life, Izis wistfully confided to a journalist, “My best photos were never made; they remain as regrets in my memory.” Still, “Izis, Paris of Dreams” proves that even the pictures that he managed to take suffice to make Izis one of the most lastingly compelling masters of modern photography.

Benjamin Ivry is a frequent contributor.