Mossad Agent in a Bustier 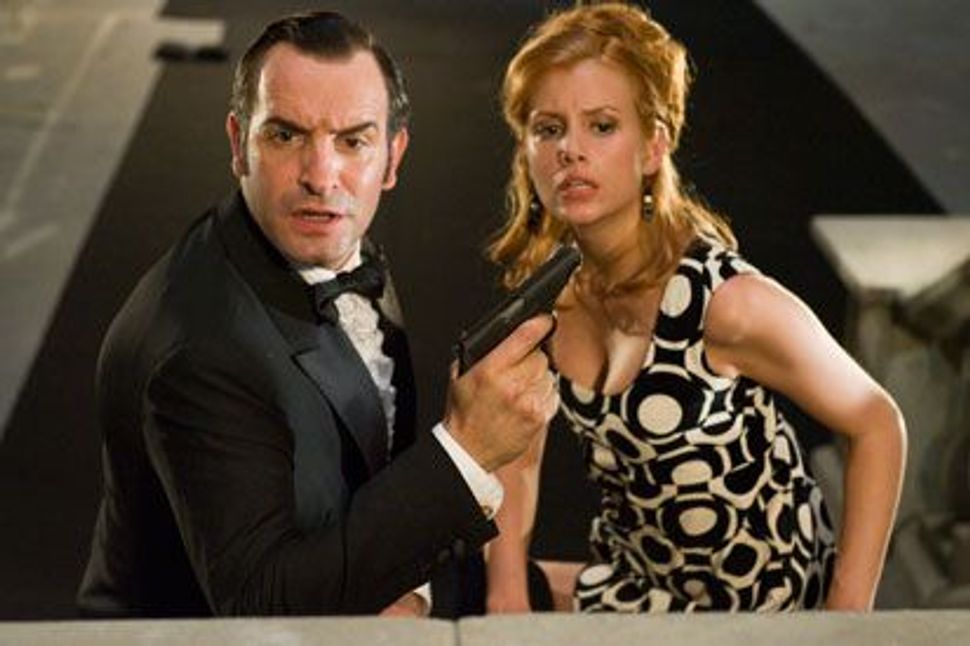 Thirteen years ago, when you saw the first “Austin Powers” movie, you may have exited the theater feeling somewhat unsatisfied at the film’s conclusion. If only, you thought with a sigh, the film had been about a wacky French secret agent hunting Nazis in Brazil in the 1960s! Maybe, you fantasized, he could even team up with a hot Israeli Mossad agent — and ideally, she’d be wearing go-go boots. 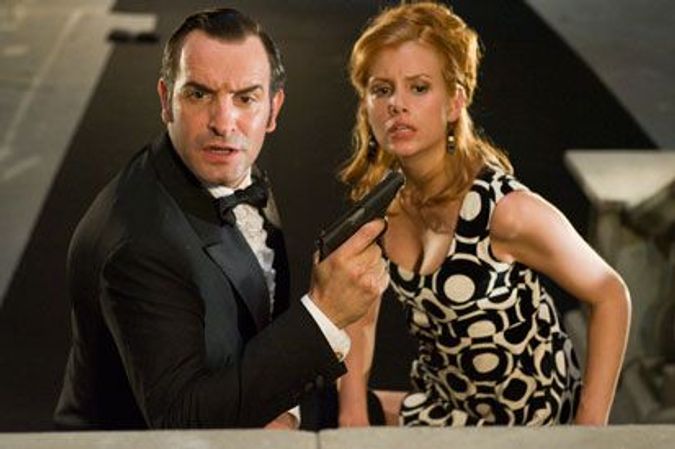 I am pleased to be the one to tell you that your long wait is finally over. “OSS 117: Lost in Rio,” which opens in New York and Los Angeles on May 7, is a film from France that makes all of these dreams become realities. Obviously, I (at least partially) jest; after all, like most viewers out of the clutches of puberty, you probably thought “Austin Powers” was amusing at best, and at worst, plain silly. So, too, this film, daubed with a smudge of antisemitism that you don’t know whether to label as completely jokey or 5% serious. But hey — it’s in French. And the clothes are great, to say nothing of the hairstyles.

The film’s protagonist, the French secret agent Hubert Bonniseur de la Bath, played to the hilt by Jean Dujardin, is an unapologetically politically incorrect moron. Like many secret agents (at least in film), he remains blissfully unaware of his bumbling ineptitude. When he is told that he is being sent to Brazil to locate a microfilm list of French collaborators with the Nazis, he responds that it must be on “micro” film because such a list must be quite tiny. If you are amused by these kinds of jokes, this movie is pour toi.

Brazil of 1967 is a Technicolor blaze of short skirts, push-up bikinis and polyester suits. Hubert arrives in sun-soaked Brazil within minutes of the film’s start, and is promptly followed from the airport by two Mossad agents, one large-breasted hottie of a Nazi henchwoman in a tightly wrapped overcoat and one American CIA agent named Bill Trumendous, played by Ken Samuels. Trumendous saves Hubert from imminent disaster (hey, isn’t that what we Americans do for the French?), but whose side is he really on? Suspense! Truthfully, it doesn’t really matter, because you’ve got to love Samuels’s horrific American-accented French and his interpolations of English profanity.

After a brief, incomplete tryst with “Carlotta,” the aforementioned hottie, Hubert finds himself saved from disaster again, this time by the Mossad. The two agents bring him to an architecturally intriguing safe house and inform him that while he needs the microfilm, they need the Nazi who holds it, the dreaded Von Zimmel. So they should work together! Enter Dolorès (Louise Monot), the Israeli Mossad hottie who apparently had no baggage allowance limiting the number of pairs of go-go boots she could bring to Brazil. Also, I’ll venture by the length of her skirts that she is not particularly religious.

As my tone may suggest, this film is deliberately idiotic and should not be taken seriously on any level. And if you go in with the “Austin Powers” mindset, it can be a highly enjoyable experience (then again, full disclosure: I’m a sucker for 1960s fashions, samba, bossa nova and go-go boots). I’ll admit that I’m still chuckling while simply recalling one particular throwaway bit of stupidity involving a crocodile and, subsequently, a duck-shaped paddleboat.

That being said, the casual banter of Hubert’s idiotic antisemitism — insinuations that Jews are particularly good with money, for example, or curiously clannish — might sound sour to an American Jew watching the film. France, after all, is the place where 832 antisemitic acts were recorded in 2009. Oh, did I mention there’s sophomoric misogyny galore, too? Something for everyone! “I just don’t understand a religion that doesn’t let you eat sausages,” Hubert says to Dolores in one failed attempt to seduce her. Do you get it? It’s a double entendre!

Yeah, I get it — even though I’m a Jewish woman (double whammy!), I get it. All these comments are intended for mitigation by Hubert’s obvious stupidity and egregiously misplaced self-confidence, but nonetheless, we humorless and unsophisticated Americans have got to wonder. It’s easy to laugh at this film stateside, in other words, but it’s much more enjoyable if you don’t attempt to imagine how it would play to a French audience — and which parts those French viewers would find funny. Sacré bleu!

Jordana Horn is a lawyer and a writer at work on her first novel.

Mossad Agent in a Bustier