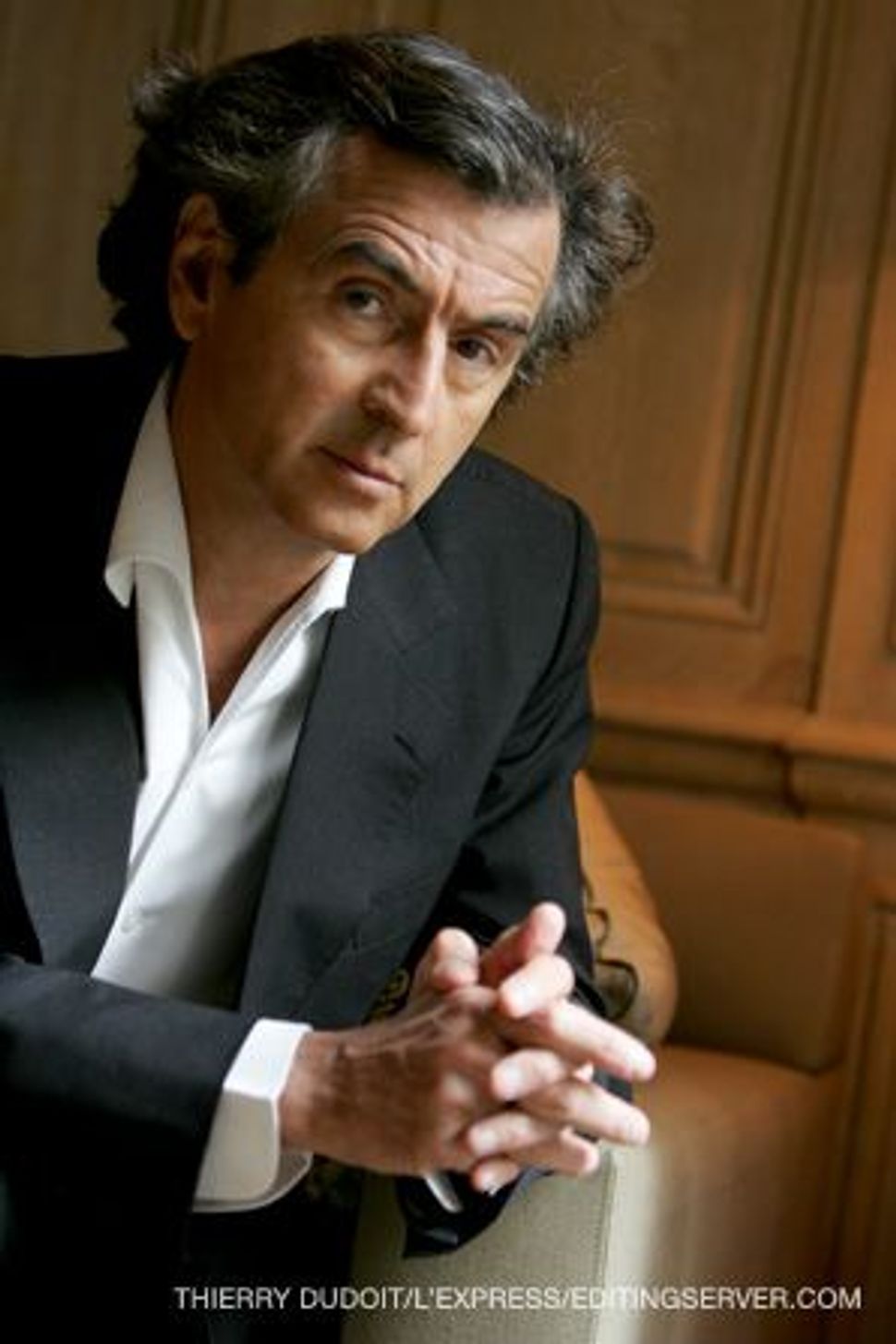 Lévy: ?The Jewish code taught me that you have to take care of both the living and the dead. And when it comes to the dead without graves, the demands are even greater.

This past fall, despite objections from both the White House and some in the organized Jewish world, the House Foreign Affairs Committee voted to allow a resolution recognizing the Armenian genocide to go before the House of Representatives. When the move led to mass protests in Turkey and threats from Ankara to disrupt the American war effort in Iraq, however, House leaders decided to table the measure. 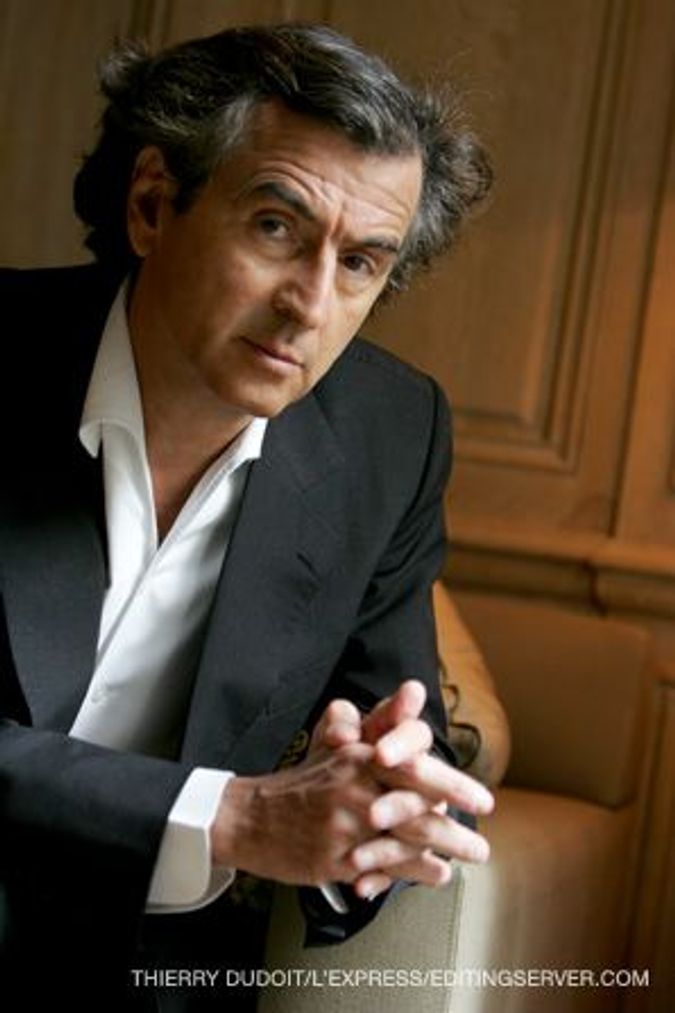 Lévy: ?The Jewish code taught me that you have to take care of both the living and the dead. And when it comes to the dead without graves, the demands are even greater.

French philosopher Bernard-Henri Lévy recently sat down with the Forward’s Gabriel Sanders to discuss the question of Jews and the recognition of the Armenian genocide — one of the topics the thinker plans to cover in an upcoming lecture on the “state of world Jewry.”

GABRIEL SANDERS: What is it that prompted you to turn your attention to the question of the Armenian genocide?

BERNARD-HENRI LEVY: I was shocked by the withdrawal of the resolution and was shocked that some Jews, because of fears connected to the wellbeing of the State of Israel, were unwilling to endorse it. This unwillingness on a matter where we Jews should be on the front lines is for me a real heartbreaker. In my upcoming lecture, I will speak about the meaning of the message of Judaism, which implies that we are not only open to, but forced to be helpful to those like the children of the survivors of the Armenian genocide.

GS: As we reported in the paper last fall, the French public is not unaware of the difficulties surrounding the question of genocide recognition. In 2006, the French parliament passed a bill criminalizing the denial of the Armenian genocide, and Turkey then too threatened to sever military ties. How did the French Jewish community react at the time?

BHL: As with the American Jews, there was a concern for Israel. Turkey is an ally and Israel does not have many allies. There is also the tendency to believe in the singularity of the Holocaust. But singularity does not mean that it was the only genocide, and precisely because we — our parents — had to suffer the worst, we are obligated to pay attention to the suffering of those in Rwanda and Armenia.

GS: When it comes to Israel, would you say that the French Jewish community is universally supportive?

BHL: We may have our Noam Chomskys, but there is a real support — a support that is as strong as in America, with perhaps a greater sense of freedom when it comes to criticizing this or that government. I myself am the greatest supporter of Israel you can imagine. Since ’67, when as an 18-year-old I signed up as a parachutist, I have gone to Israel during every one of its wars. And yet, 10 years ago, I felt free to write, in a newspaper article that made some waves when it appeared in France, that Israel’s two worst enemies were Arafat and Netanyahu.

GS: It seems to me that Jewish opinion on the genocide question falls into two schools: those who feel that, when it comes to moral questions, Jews are answerable to a higher standard than the world at large and those who argue that Jews should be held to standard no more high than the rest. Those belonging to this second group will say that when Armenian allies — like, say, Iran — deny the truth of the Holocaust, no one calls on the Armenians to speak up in the Jews’ name. And yet, when the roles are reversed, the Armenians expect the Jews to support them. What do you make of this tension?

GS: There is an Armenian community in the United States. It is, to a large extent, they who pushed for the genocide recognition bill. Among the Armenians in America there is significant antisemitic sentiment. What are we to make of that?

BHL: The black community in America can sometimes be antisemitic. Does this mean that we Jews have to become anti-black? Does this mean we have to regret the part we played in the civil rights movement? The sense of my life, personally, is to refuse the clash of memories, the clash of victimhoods. ‘I am a victim. You are not a victim. I am more a victim. You are less a victim.’ I hate that. First of all, we must break the competition of victimhoods. Number two, you criticize the fascists wherever they are and fight them, whether in the black community, the Armenian community or anywhere. They are my enemies. But we must refuse the perverse theory that because we are victims, they cannot be. Compassion is not a cake, from which nothing is left for others if you take too big a piece.

GS: To a certain degree, one could say that the Anti-Defamation League’s Abraham Foxman, the Jewish figure who most vociferously opposed the congressional resolution, found vindication. Though many were surprised by the ferocity of Turkey’s response, he was not. Now, is it your position that Turkey’s denial of the genocide is such an affront that we need to challenge it regardless of the consequences? Let’s say the resolution had gone forward, what is the worst that could have happened?

BHL: The worst that would have happened would have been a cure, a therapy of truth for the Turks. We have to explain to the Turks, who are a great people, who are our friends, that they are not guilty of the crimes of their great-grandfathers, that recognizing the crimes would not weaken them but reinforce them. What would Germany be if it were to deny the Holocaust?

GS: This is the great mystery. Why is it that the Germans have reckoned with their past so differently than the Turks have — even as Turkey is looking, in some ways, to draw closer to the European realm?

GS: And who would such a friend be?

BHL: America. That’s why it was a mistake to withdraw the resolution. Turkey’s American friends should have said, ‘Wait a minute. It’s a win-win. You don’t lose anything; you win credibility, you win nobility, you win honor.’

GS: One of the arguments that the Anti-Defamation League used in its fight against the genocide resolution was that Turkey’s Jews were pleading with them to keep the American government from passing the bill.

BHL: It’s not true. They are a minuscule minority in a country sliding toward Islamism. Every word they utter is chosen carefully. They are like hostages. Have you ever seen a hostage speaking freely?

GS: Another of the Anti-Defamation League’s arguments was that this is a 90-year-old tragedy and no lives will be saved through its recognition. Israel, on the other hand, is very much at risk. On this basis, the ADL argued, Israel’s needs trump those of the Armenian fallen.

BHL: The Jewish code taught me that you have to take care of both the living and the dead. And when it comes to the dead without graves, the demands are even greater. We — not us Jews, but we human beings — are the protectors of the graveless, and the Armenians are such dead. This is not an either/or. The Talmudic wisdom teaches us to oppose just this sort of false choice. I will make one other point: If we don’t stand very firmly on this question, we will be disarmed and weak in the face of a most urgent issue. Holocaust denial is today not just a political stance, but a world religion. We cannot afford to be anything but rigorous on the general topic of genocide. For the sake of the Jewish people, for the sake of Israel and for the sake of the fight against antisemitism, this is a crucial question.