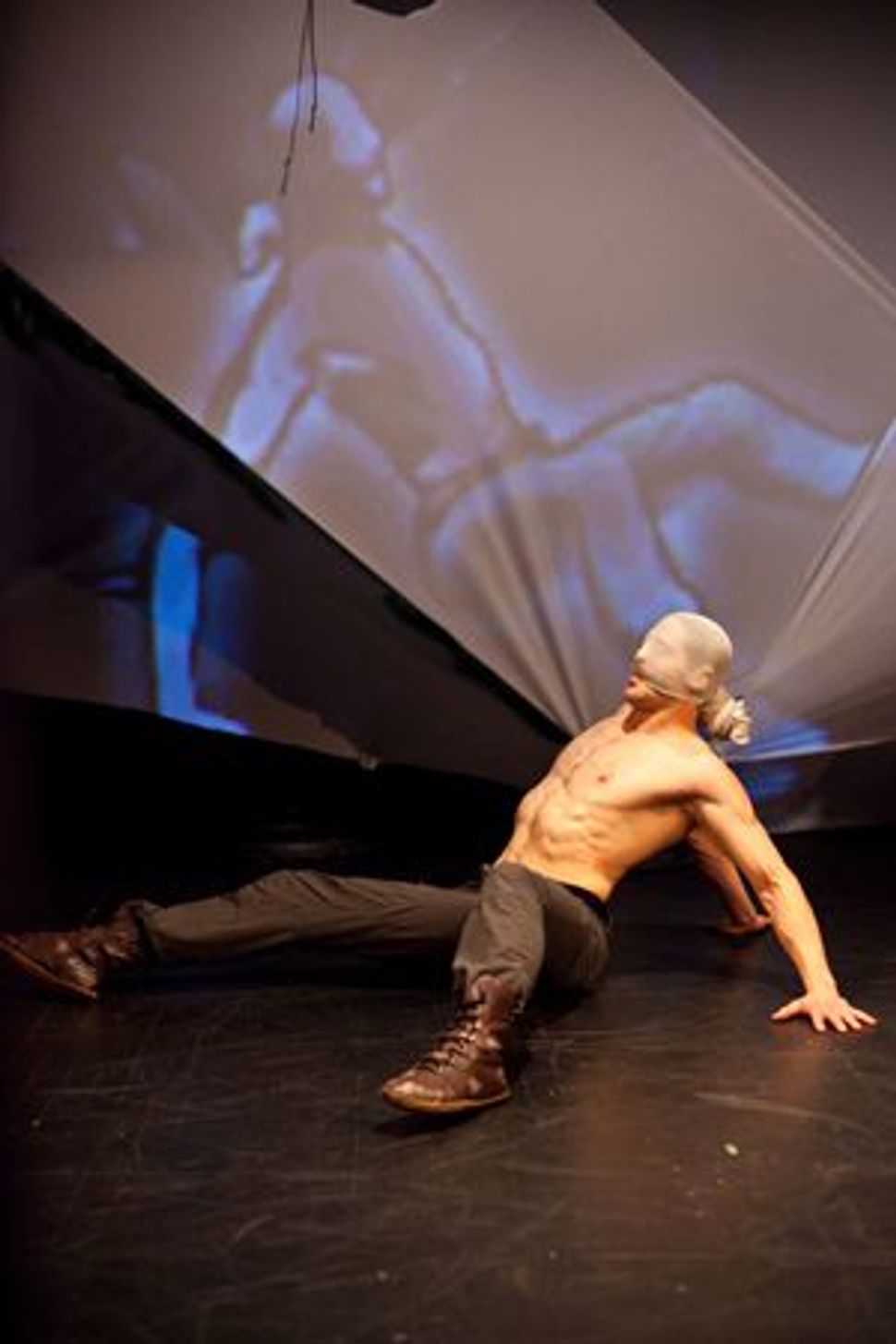 Pants on the Ground: Zaritt in ?Binding.? Image by BRIAN YOUNG

A suggestive swivel of the hips followed by a sensual rubbing of the stomach and thighs and, suddenly, a blindingly quick backflip thrown in for good measure — all this and much more to shock, tease and delight audiences in Jesse Zaritt’s 36-minute-plus solo, “Binding.” 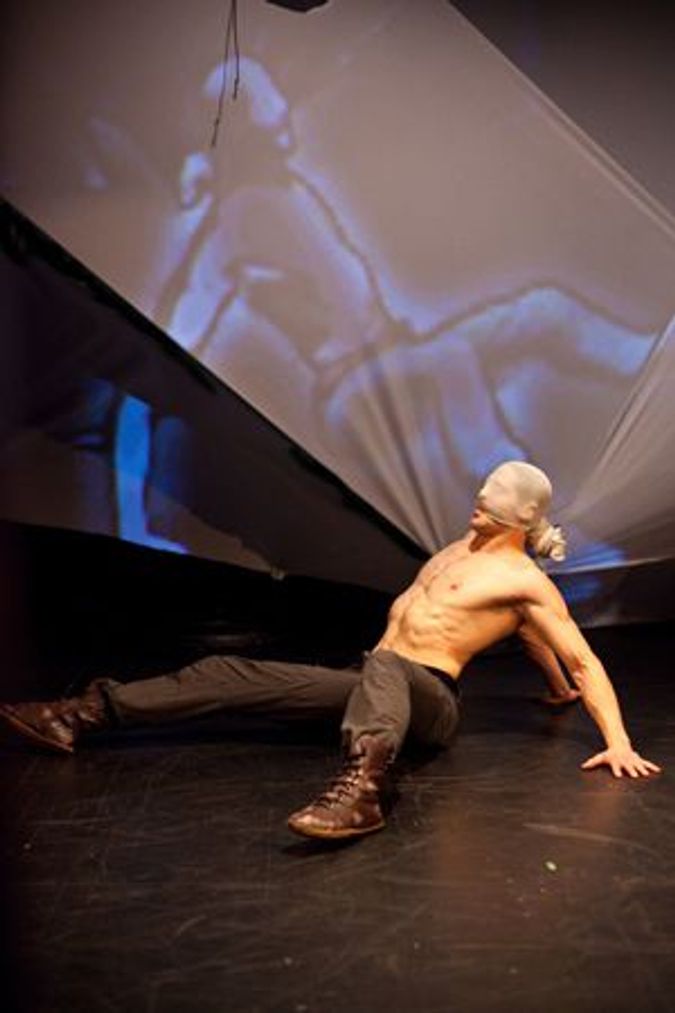 Pants on the Ground: Zaritt in ?Binding.? Image by BRIAN YOUNG

The handsome, muscular Zaritt is presenting his newest work from May 5 to May 15 as part of the soloNOVA Arts Festival, held at New York City’s Performance Space 122. The piece might as well be called “Jesse Unbound,” for while its title implies things that hold one back or tie one down, Zaritt’s piece is actually about liberation and setting oneself free from the things that bind and restrain. It’s about physical self-expression and sexual liberation, an abstract narration about a man who breaks free of his repressions in a quest for true love, an alternately violent and tender meditation on the process of coming to terms with one’s true self.

Zaritt is currently the artist-in-residence at the 14th Street Y. He credit’s LABA: The National Laboratory for New Jewish Culture, at the Y, and its executive director, Stephen Hazan Arnoff, with supporting the yearlong development process behind “Binding,” which was commissioned by the New York-based Theater C. Zaritt collaborated on the piece with dramaturge and producer Carlos Armesto and director Basmat Hazan Arnoff, both of whom watched rehearsals, came up with creative criticisms and otherwise guided him.

“Binding” is set to a combination of music by Queen, Israeli composer Amnon Wolman and “Apologize” by Timberland, played backward — which gives the song a downtown, almost glam-rock feel. With the words indistinguishable, the song takes on a vibratory, almost mystical quality. All of Zaritt’s various choreographic tactics are an attempt to “connect with other bodies and other people” while the artist loses himself in what he termed an “auto-erotic rapture” in a recent interview with the Forward. “I am trying to simultaneously engage myself and the audience,” Zaritt more coyly averred.

In “Binding,” he attempts to unleash energies that hold back people and stop them from moving forward; his most fundamental goal is simply to “activate desire.” The stage in “Binding” remains essentially bare: During rehearsals, the lone set was a large, red trampoline like structure or “abstract bed.”

“Binding” is alternately delicate and fierce, fast paced and slow, and, overall, remarkably seductive — all very impressive for a nice Jewish boy from Worcester, Mass., who took his first dance class at the age of 17 and began to dance seriously as recently as 1997, while a freshman at Pomona College, in Claremont, Calif. It’s rare, in fact, to discover a movement vocabulary that is truly innovative and engaging, but Zaritt has a unique take on dance. Although trained in both ballet and jazz, in “Binding” he mixes experimental choreography reminiscent of Judson Church and Deborah Hay (Zaritt performed one of Hay’s pieces last year in Edinburgh, Scotland, and will be bringing it back in the near future) with a distinctively pop feel. Zaritt danced for Shen Wei Dance Arts from 2001 to 2006, and the Asian aesthetic of that troupe is also apparent in the bold yet refined way in which he moves.

Like many, he inevitably became absorbed by the Israel-Palestinian conflict and developed a special interest in the intersection of choreography, the body and political conflict — not an easy topic to grapple with intellectually or artistically. Zaritt explains:

What fascinated me was the fact that I could discern a distinct aesthetic in Israel. In every movement you could simultaneously sense both victory and defeat in the performers’ bodies. It was a remarkable reflection on Israeli society itself. The performers were both virtuosic and abject, victims and aggressors.

Rare is the performer who, like Zaritt, can be simultaneously physical and intellectual, and sensual and cerebral.

Christopher Atamian is the former dance critic for the New York Press and now writes for magazines, including Dance Magazine and Dance View Times.