A Renaissance for Belleville’s Georges Perec, Master of the Lipogram 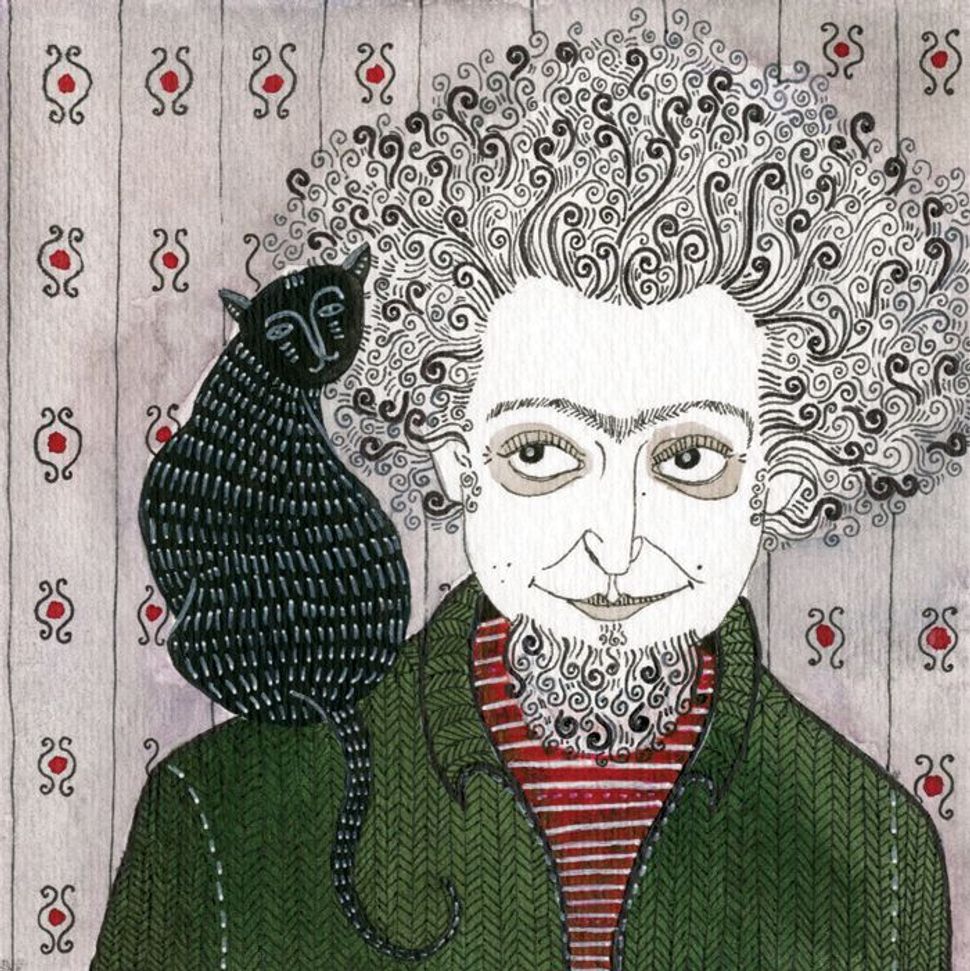 One of France’s most daring postwar writers, perhaps best known for writing an entire novel without the letter “e” (a lipogram), French-Jewish author Georges Perec, is coming back into vogue. Two of his books were reprinted by publisher David R. Godine last year, and new interest is being taken in his Polish-Jewish roots. 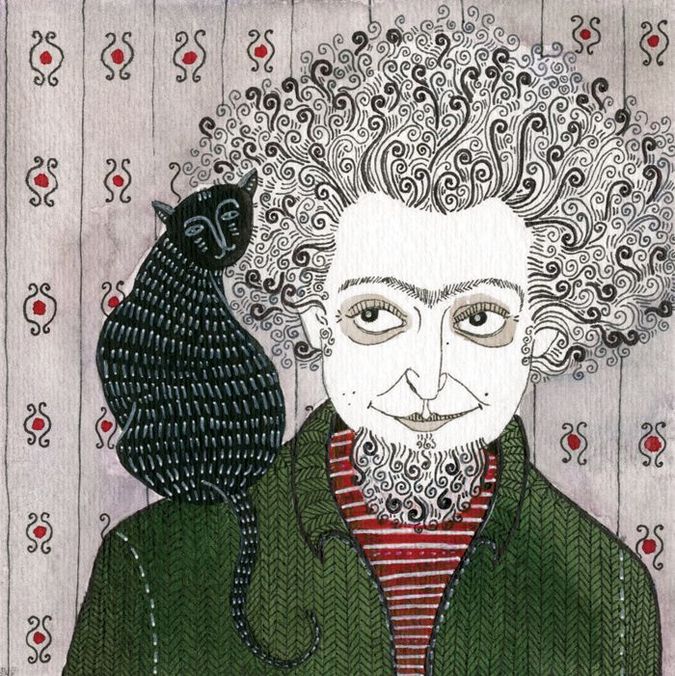 Perec, who died of lung cancer at age 45 in 1982, was long celebrated as an adherent of the experimental Oulipo literary group. Founded by Raymond Queneau, a gifted writer of encyclopedic erudition who inspired passion in Iris Murdoch, among others, Oulipo (an acronym for ouvroir de littérature potentielle, or “workroom of prospective literature”) favored exercises like Perec’s 1969 novel “La Disparition” (a word meaning both “disappearance” and “death” in French), as well as a 1972 novella, “Les Revenentes,” in which the only vowel employed is “e” (translated as “The Exeter Text” in the collection “Three by Perec,” published by David R. Godine; or, indeed, “Experimental Demonstration of the Tomatotopic Organization in the Soprano” (“Mise en Evidence Expérimentale d’une Organisation Tomatotopique chez la Soprano”) a mock-scientific article in which Perec describes the “striking effects of throwing tomatoes at opera sopranos.”

Perec’s undoubted master work, “Life: A User’s Manual” (David R. Godine, 1978), is a massive literary construction in six parts and 99 chapters, plus appendices, an index, a chronology and an “Alphabetical Checklist of Some of the Stories Narrated in This Manual.” The book’s overarching metaphor is that of a jigsaw puzzle for the book itself, as well as paintings made by one character, Percival Bartlebooth, that are sliced into jigsaw puzzles to be painstakingly, if inaccurately, reassembled by the artist. Perec offers a symbol of the creative spirit both more playful and madder than Camus’s Sisyphus, further adding to the literary richness by switching rapidly among narratives, in a variety of writing styles that contain not just allusions, but also literal quotes from a panoply of other writers, including Melville, Stendhal and Jules Verne.

Although readers are still justifiably dizzied by such dazzling virtuosity, of late much attention has been paid to Perec’s family background as the only son of Icek Judko and Cyrla Schulewicz Peretz, both of whom immigrated to Paris in the 1920s. The family claimed, quite possibly correctly, to be related to the great Yiddish writer I.L. Peretz. Perec’s father died fighting in the French Foreign Legion in 1940. His mother was deported to Auschwitz in 1942, never to return.

Roger-Yves Roche, author of the new “Photofictions” (Presses Universitaires du Septentrion), sensibly underlines the link between Perec’s writings, obsessed with the ruins of the Jewish neighborhood of Belleville, where the author lived with his parents before the war, and the French artist Christian Boltanski, son of a Ukrainian-Jewish father, equally inspired by ruins in the post-Holocaust world. In another new analysis, Annelise Schulte Nordholt’s “Perec, Modiano, Raczymow: La Génération D’après et la Mémoire de la Shoah” (“Perec, Modiano, Raczymow, the Generation After and Holocaust Memory”), published by Rodopi, stresses how although Perec’s memories are traumatic and inexact, his conclusions are ultimately affirmative. In a 1977 essay, “The Rue Vilin,” in “Species of Spaces and Other Pieces,” a well-chosen Penguin Classics collection of shorter writings by Perec, he describes what happened to the 20th arrondissement street where he and his parents lived; after much discussion of wreckage, Perec finally observes: “I met a little boy of ten; he was born in the 16th arrondissement. He is leaving for his own country, Israel, in eight weeks’ time.” This mention of aliyah amid a devastated cityscape is an exemplary glint of joy amid the anxiety of destruction, and this style is what makes Perec so rewarding to read.

Perec, who had been sent to Grenoble to stay with relatives, survived the war physically, as we learn in “Georges Perec: A Life in Words,” a 1993 biography by David Bellos, translator of many Perec titles. Yet the emotional scars remained deep. The eminent French psychoanalyst of children Françoise Dolto, consulted by Perec’s aunt, opined that young Georges’s emotional troubles were fundamentally due to the events of the war. Hitler remained present in his worldview, just as in “Life: A User’s Manual” a retired librarian appears to be “with a bee in his bonnet about collecting evidence that Hitler was still alive.” This fictional librarian, Marcelin Echard, compiles a “Critical Bibliography of Sources Relating to the Death of Adolf Hitler in his Bunker on April 30, 1945” to prove his intense, if crackpot, theory.

Ultimately, Perec’s own literary reaction to his wartime losses was both saner and more artistic — if no less intense. “Species of Spaces” also includes a 1962 essay by Perec on Robert Antelme’s “The Human Race” (“L’Espèce Humaine”), a memoir by a French survivor of a German labor camp. In direct, sincere and notably nonexperimental prose, Perec explains that for the survivor, “It’s not the case that he can remain silent and forget. He has first of all to remember. He has to explain, to tell, to dominate the world whose victim he was.” Yet readers of such memoirs, Perec astutely notes, often “display the same attitudes towards books about the camps as they do towards the camps themselves: they clench their fists, grow indignant, are moved. But they attempt neither to understand, nor to think more deeply about them.”

Perec himself did not repeat this error. During years of psychoanalysis, he mulled over many aspects of his Jewishness, as his friend Marcel Bénabou, a French author of Moroccan-Jewish origin, notes in a brilliant essay, “Perec’s Jewishness,” included in the spring 2009 Georges Perec Issue of The Review of Contemporary Fiction. As Bénabou points out, Perec was obsessed with reimagining his family’s past, but his concept of creativity, linked to imagination and dreams, did not make him a reliable purveyor of facts. Indeed, in his poignant “W, or the Memory of Childhood” (David R. Godine, 1988), several different narratives stream forward with little factual accuracy, like Perec’s description of how he identified a Hebrew letter in his grandmother’s Yiddish newspaper when he was a small child, a letter that he can no longer identify or even accurately describe in adulthood. What history is lost through time’s passing and memory’s fading is a persistent Perec theme. Yet “W, or the Memory of Childhood” also contains precise, lapidary allusions easily comprehensible to the French reader, although some might escape the English-language reader or translator.

Listing events that occurred in his birth year, Perec briefly states: “Florent Schmitt elected to the French Institute.” A now justifiably forgotten French composer, Schmitt is notorious for his pro-Nazi stance even before the Occupation, standing up and shouting “Heil Hitler!” during a 1933 Paris concert of German-Jewish composer Kurt Weill’s music. Perec further recounts precise visual memories, such as visiting a Paris museum exhibit about concentration camps when he was a student: “I remember the photographs of the gas chambers showing scratchmarks made by the victims’ fingernails, and a set of chessmen made from bits of bread.” Seizing upon such concrete details was a way for Perec to interpret — or “dominate,” as he described Antelme doing — the horrific subject matter. He notes about his mother, as if describing the ultimate tragedy of her demise, “She died without understanding.”

Such understanding is a paramount aspect of Perec’s work and is linked to his Judaism, assert some French-Jewish academics of today, such as Philippe Zard and Nelly Wolf-Kohn. In public lectures, Zard analyzes the “Jewish ghosts” in Perec’s oeuvre, while Wolf-Kohn scrutinizes a minuscule facial scar seen on photos of Perec, caused by a ski accident when he was hiding in a Catholic school during the war. Wolf-Kohn draws conclusions about how this scar, obtained at a time of great family distress, is related to other emotional scars expressed in Perec’s oeuvre. In Perec’s books, as he wrote of Antelme’s memoir, the “wish to speak and to be heard, the wish to explore and to know, opens out into that unbounded confidence in language and writing that is the basis of all literature.”

Veering between joy and despair, between maddening obsessions and an almost cavalier sense of letting go, Perec’s books exemplify the violent mood swings of a survivor of a violent century.

A Renaissance for Belleville’s Georges Perec, Master of the Lipogram