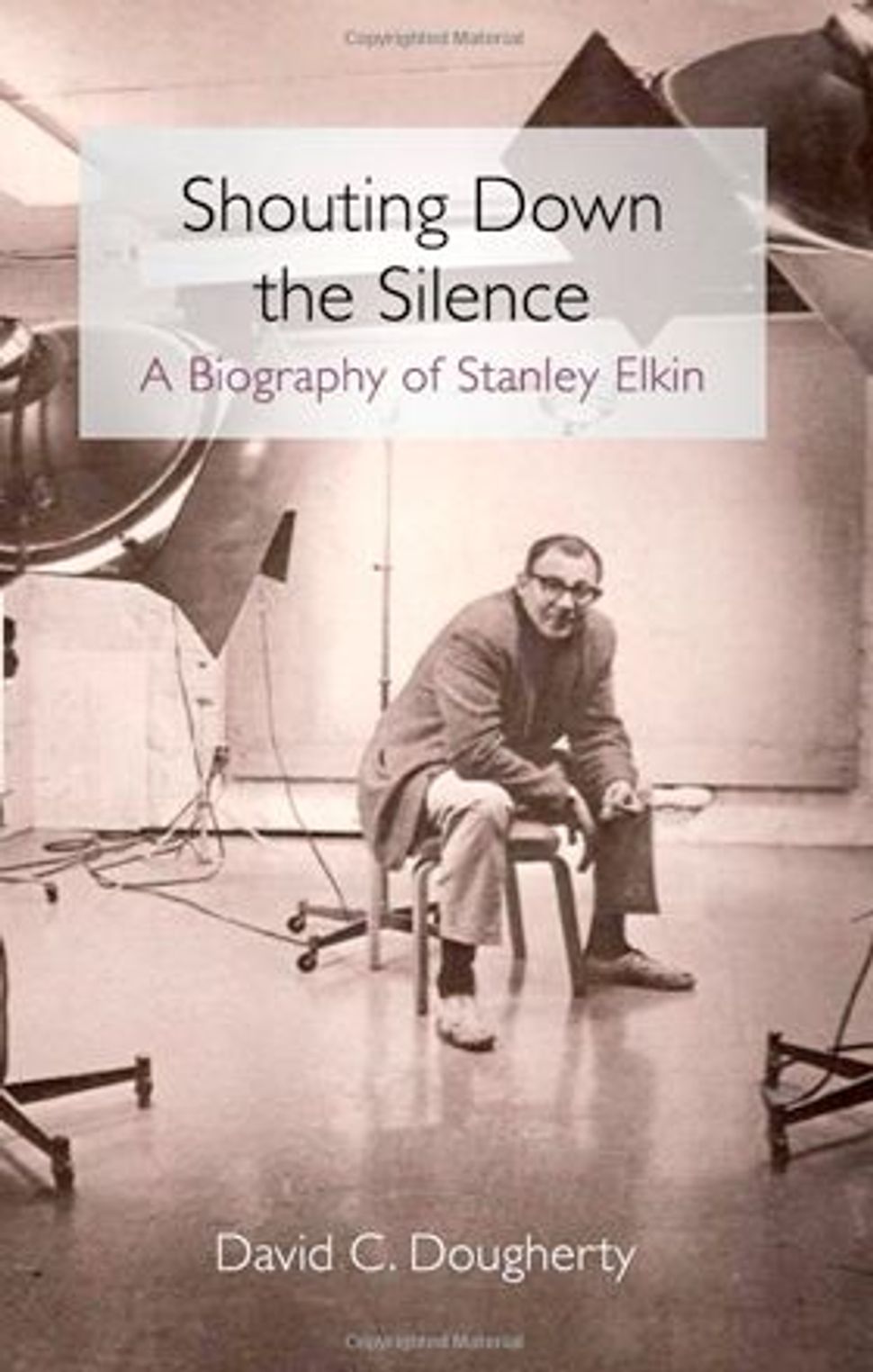 Shouting Down the Silence: A Biography of Stanley Elkin
By David C. Dougherty
The University of Illinois Press, 296 pages, $40 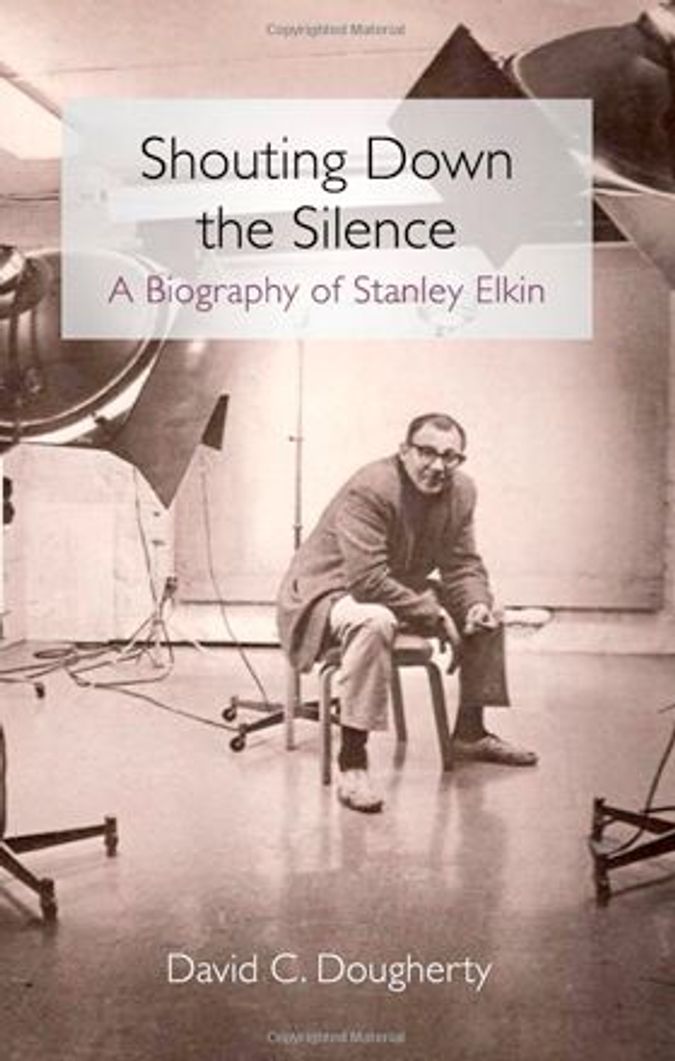 Stanley Elkin was not an autobiographical novelist. He never franchised fast-food restaurants (“The Franchiser”), wrestled professionally (“Boswell”), ferried terminally ill children to Disney World (“The Magic Kingdom”) or had sex with a bear (“The Making of Ashenden”).

Unfortunately, David C. Dougherty is not a novelistic biographer, so even a life as uneventful as Elkin’s is further deadened by slack prose and superficial analysis: “Despite Elkin’s and many of his friends’ concerns over the direction in which the country was heading under the Nixon presidency, his family was prospering in St. Louis, where a stimulating social life continued to evolve around his university affiliation and the broader literary community.” The less said about “Shouting Down the Silence,” the first and probably last biography of this great American novelist, the better.

A writer critiquing a biography, like a writer writing a biography, runs the risk of criticizing the life itself, and that is not my intention. Elkin was a massive egotist, but extremely uxorious. He didn’t cheat on Joan, his wife of four decades; his drug use was negligible; he rarely broke the law in any entertaining way; he raised delightful children. Half the explanation for Elkin’s good behavior might be native personality — the son of a successful salesman believes in effort, the son of a successful immigrant believes in civics — but the other half is that Elkin spent his later years suffering from multiple sclerosis. It’s hard not to love your wife when you’re an invalid; it’s harder still to run away from home when you can’t even walk. It’s a miracle that he could write his books at all, the physical miracle of typing almost as impressive as the metaphysical prose (Elkin was one of the first serious writers to work, “word process,” with a computer.)

No, my intention here is not to criticize Elkin for being nothing but Elkin. Instead I want to say something in a few hundred words that Dougherty, professor of English at Loyola University, doesn’t say in a few hundred pages. Elkin was intensely obsessed with becoming a commercial success in the waning days of that possibility for vanguard literature. Though his dates (1930–1995) mark the rise of television and movies, Elkin wrote a novel about radio, and his style was always slangy and tangled. Like his contemporary, Philip Roth, Elkin wrote hysterically about sex, but while Roth’s characters were having it, Elkin’s were bemoaning their lack of it. For Elkin of Brooklyn and Chicago, complaint was not contingent on plot, but was technique, twice as virtuosic as Portnoy’s. Yet with all that kvetching for the world to surmount, he still thought that the world, or at least his country, “owed him a living” — though Elkin was too much a patriot of self to publicize how disappointed he became when, in genius middle age, that debt remained unpaid.

America in the era of supreme mass media has presented a strange deal to the writer: It wheedles its novelists both great and mediocre into accepting the fact that their work will have minimal practical impact on the culture. In return for this ignominy, however, this capitalist nation will do what no communist or fascist nation ever would: It will ignore the novelist, letting him or her live outside the prison or mental institution, free to write whatever he or she chooses. Rather, America will let the writer live inside that newest variety of institution: the university, with its myriad lockdown wards of writing departments (fiction, nonfiction and the death row that is the poetry workshop); tellingly, Dougherty describes Elkin, at this biography’s very beginning and without any irony, as “an academic writer,” and almost every page is larded with references to Master of Fine Arts programs, Modern Language Association conferences and similarly acronymical summer writing retreats.

Elkin, who taught two generations of students at Washington University in St. Louis, was paid a generous salary and lived in a fine house (and though it’s never much of a comfort, when he became sick he had adequate insurance), yet he was terribly frustrated all the while. Underlying every line of his fiction and essays, under every pained oneliner that Dougherty quotes from correspondence with editors and friends, this depression howls. Elkin’s 10 novels slipped from print, were put back into print by Dalkey Archive Press (my own publisher) and are today read only by those assigned to them in Jewish-American lit curricula. Now this biography is released, and I’m the one who’s depressed. A life like this actually makes me want to die. I’m coming, Stanley! I’m coming, Wallace Markfield!

Joshua Cohen is the author of “Witz” (Dalkey Archive).