Memento Mori: Jewish Spirituality and the Sanctification of the World 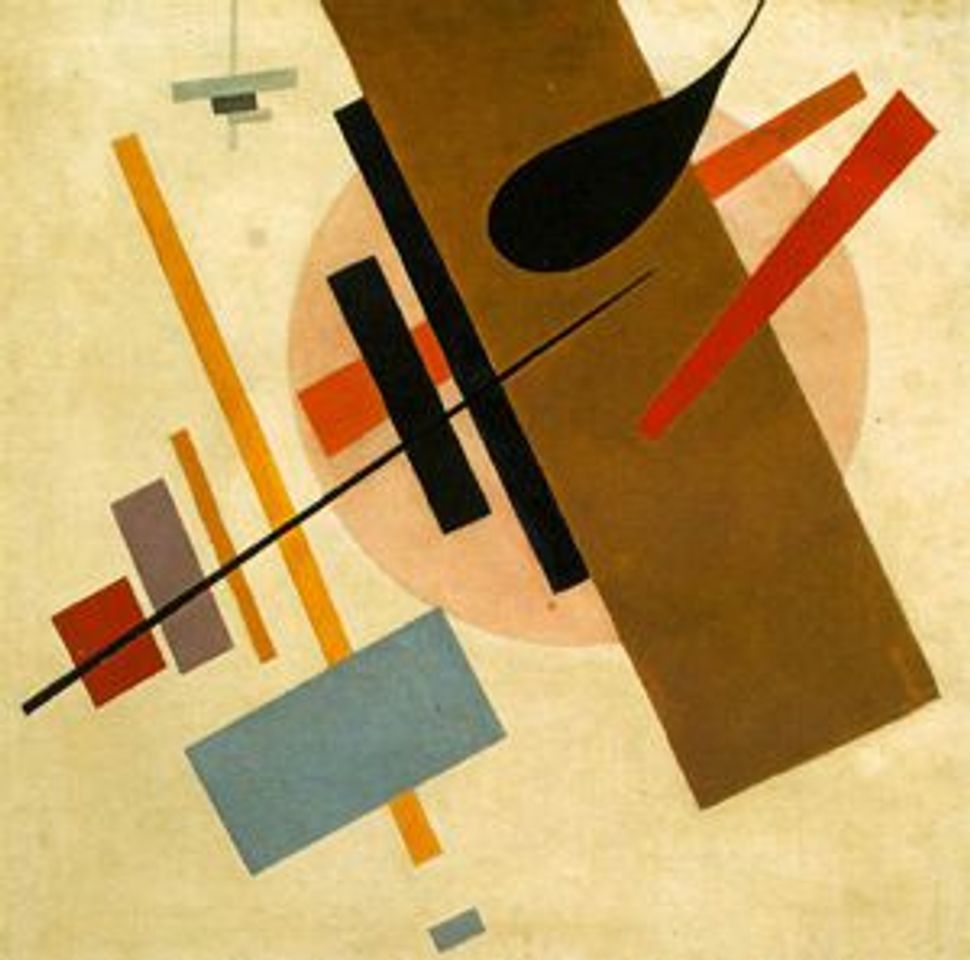 Yosher and Iggul Rule Supreme: Malevich and the Russian Suprematists recognized the eternal verities of the circle and line. Image by WIKI COMMONS

Western religion can, at times, devalue the world. With eyes turned toward heaven, or the afterlife, it can ignore or denigrate the manifest world, criticizing those who love it too much as “pagan” or, in our time, “humanist.” This is true even in the worldly religion of Judaism, which, notwithstanding our legion of ethical and ritual requirements regarding the material world, can often lead to either valuing the legality of a thing more than the thing itself (as Rav Soloveitchik memorably proposed) or, quite simply, to spending too much time indoors. 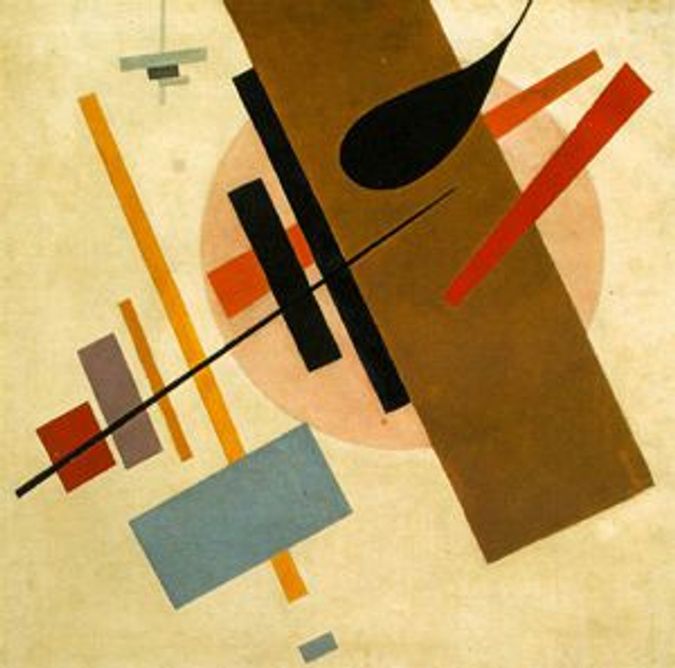 Yosher and Iggul Rule Supreme: Malevich and the Russian Suprematists recognized the eternal verities of the circle and line. Image by WIKI COMMONS

Ironically, much contemporary spirituality seems to follow a similar pattern, inventing a new asceticism in which the delights of the world are placed beyond the pale of the latest nutritional, energetic or otherwise neo-puritanical spiritual fad. This pleasure is unhealthy, that one is not “spiritual” enough. Whether pursuing piety or purity, pleasure is suspect.

The memento mori, the reminder that you, too, will die, is a focal point of this struggle. Originally, the Roman motto was meant to instill humility, even in the hero. Elsewhere, it serves as a reminder to seize the day, to eat, drink and be merry, for tomorrow we shall be worms. Yet in medieval and early modern Christianity, it becomes an exhortation to avoid sin, since all the pleasures of this world are fleeting, while punishment is everlasting. One symbol, utterly different meanings.

The Jewish spiritual tradition, like the Jewish religion, contains both impulses. On the one hand, the abstruse speculations of the kabbalist and Hasid take him far from the mundane plane. Yet on the other, the Jewish mystic hero is required both to soar toward God and to provide for his family’s and community’s needs.

Perhaps as a result, one distinctive feature of Jewish conceptions of enlightenment, as distinct from other traditions, is that awakened consciousness is viewed not as a “steady state,” but as ratso v’shov (literally “running and returning”), oscillation between expanded and contracted mind, being and nothingness. The experience of enlightenment is one of movement between what one Hasidic master called “God’s point of view” and “our point of view.”

Hasidic thought regarded this oscillation not as a compromise, but as an ideal. Kabbalah spends much more time with multiplicity than with unity, for example — in its terminology, more on the multiple sefirot (“emanations of God”) and less on the singular, but infinite, Ein Sof. And nowhere in normative Judaism is the world regarded as an illusion, as it is in some forms of Hinduism. “Nonduality,” the view that everything is God, doesn’t mean you feel a warm, swimmy oneness all the time. That’s not how life works. It means that the oneness is God, the twoness is God, and enlightenment is about seeing both sides, really, as two garments of the truth.

To hold both of these perspectives, absolute and relative, in a dialectical relationship is the goal of what some Hasidim call hitkallelut, the incorporation of all things into the infinite essence, and hashva’ah, total equality or equanimity of view. God in the abstract, God in the concrete: the utterly timeless and the exquisite fragility of our lives in time.

This view has several practical consequences. First, it changes what spiritual practice is supposed to do. The awakened life is not about reaching the highest high, but about being able to slide in and out of our point of view and God’s point of view, with less and less effort. Changing one’s state of mind is still useful — but the point is not that experiencing ecstasy is great and doing the laundry sucks. Rather, it’s that ecstasy has certain uses, and mundane mind-states do too. Feeling low, alienated or distracted by minutiae? Try an ecstatic drum circle, Friday night service or meditation practice. Need to console a friend, fix a car or work to save the whales? The ordinary mind is probably more helpful. This may seem obvious, but it is the opposite of how many spiritual seekers see the point of their spiritual work.

Second, this view transforms how the ordinary is experienced. It brings back the everyday sensuality of surfaces, touches, smells; the feel of fabric, rough or smooth; the contact of finger with tabletop or with flesh. Of warmth and of cold. Of the dancing of light against fiberglass, of the surfaces of cars in the winter sun. And, too, of the play of manifestation in our own human conditions: the sorrows and joys of human experience, loving, losing, surrendering.

The world as it appears is not a distraction, not an obstacle to be contemplated en route to immortality. It is, rather, God’s erotic play (Kabbalah), Indra’s web (Hinduism), Kali’s dance (Hinduism, again), the amorous hide-and-seek game of Beloved and Beloved (Sufism). This world, in its particular phenomena, embodied, emotioned and ever new in its complexity, is the dance of God. Thus this form of spirituality, extrapolated from its traditional origin, is at home with sucking the marrow out of life, with drinking from the well of life’s blessings, with the spell of the sensual. It is with Oscar Wilde, who reveled in surface and deplored piety and “substance.” It is with Zen iconoclasts like haiku master Ikkyu and poet Leonard Cohen, who embrace both enlightenment and sensuality. It is with the Stage Manager in Thornton Wilder’s “Our Town,” who rejects both the ephemeral distractions of the living and the fatalism of the dead, insisting on a productive tension between the two perspectives. And it is with the sculptor, the painter, the artist and the poet, who find mystery not in the abstract, but in the concrete. This is nonduality: a re-embrace of the world as ripples on the pond — ripples only, perhaps, but ripples, beautiful, reflecting light.

As with Eros, so, too, with ethics. Sometimes, the “ordinary world” is awful; it denies, oppresses, despoils. If we take seriously the meaningfulness of this world, we must own its injustices and horrors, not only the delights of touch and taste. Unlike escapist spirituality, anti-humanist religion or the cold abstractions of neoliberal economics, the nondual embrace of the world is at home with Judaism’s ancient and historic priorities: social justice, righteousness and this-worldly ritual. Yes, God is in the world, but, as Abraham Joshua Heschel articulated more poetically than anyone (especially in his early poetic work, translated as “The Ineffable Name of God: Man”), that means God suffers with those who are suffering, God’s face shines and is hidden, God’s revelation is contained in the interpersonal. Heschel’s humanism is a nondual one: It begins with the intoxication of God in All and progresses to its consequences.

In general, Judaism is a householder religion concerned with the proper ordering of society; it is nearly (though not entirely) univocal in its affirmation of this-worldly experience and the importance of sanctifying that experience for divine service (avodah). The Jewish revelation spends but a few words on theophany, yet offers chapters on tort law and hygiene. The Jewish paradise is a community that cares for its needy. And the Jewish altar is the dining table, the orchard, the bedchamber.

To be sure, silence and solitude remain indispensable steps along the spiritual path, and there are times at which renunciation and restraint are essential. But a distinctively Jewish spirituality ultimately leads to a re-embrace of the sensual world. This, in the language of the theosophical kabbalists, is the site for the uniting of immanent and transcendent, goddess and god — and in that uniting, a transcendence even of the notion of transcendence. In their vocabulary, to call the entirety of existence a cosmic dance is thus an invitation from the Shekhinah: Come and dance with me.

Memento Mori: Jewish Spirituality and the Sanctification of the World