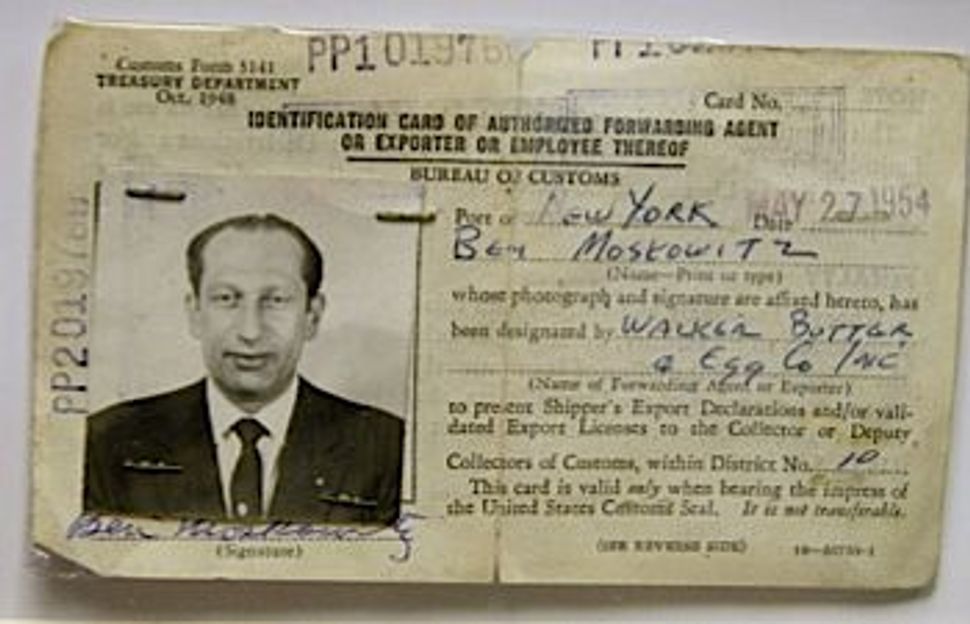 At the turn of the 20th century, a young immigrant named Ben Moskowitz took a job as a dairyman among the chaotic jumble of pushcarts and crowded markets in Lower Manhattan. Two generations later, his son and grandson — Joseph and Adam Moskowitz — carry on his legacy at their international cheese and specialty food importing company, Larkin.

With more than 10 million pounds of cheese streaming through their Queens-based facility last year, chances are the last chunk of ripe Gorgonzola or creamy wedge of Brie you enjoyed passed through Larkin’s building. I recently spoke with the Moskowitzes about their unlikely family business and undying love for all things cheese.

The Forward: Your father/grandfather, Ben Moskowitz, was one of the country’s first distributors of imported cheese. How did he get his start? 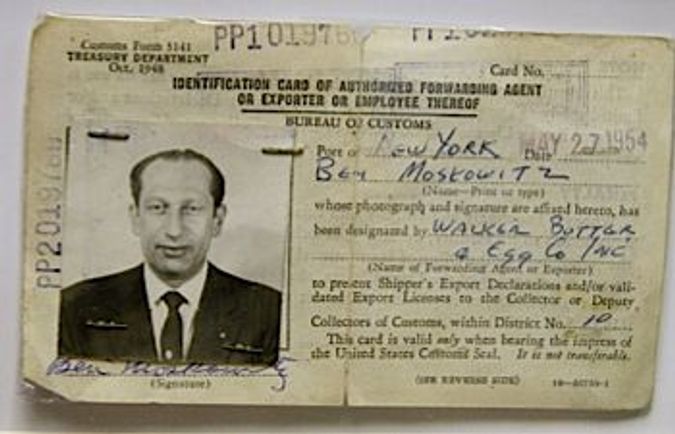 Joseph Moskowitz: He and his family arrived in America from Poland in 1919 when he was 5 years old. We do not know what happened to his dad, but he wound up as the breadwinner of the family. He took an after-school job pushing butter, eggs and cheese around the old Washington market in Lower Manhattan — the company was called Walker Butter and Eggs.

From those beginnings he worked his way up to a partner. Somewhere in the mid-1950s, the company began selling imported cheeses, and an associate of his took him on his first trip to Europe. It was just after World War II, and the imported cheese business was just starting to flourish.

What were the first imported cheeses to America?

JM: There were three categories of cheese that the Wisconsin Dairy Association chose to protect, which would indicate that they were among the first: blue cheese, Italian-style provolone and Gouda.

Joe, when did you join the company?

JM: I joined in 1958, when I was 16, and spent 20 years working there. My dad, being a young, hard-working immigrant, did not have the national and international vision that I had. So, in 1978, I left and created Larkin. There is a famous old New Yorker magazine cover that shows the United States ending at the Hudson River. I always liked that cover because it was something I didn’t believe in at all. So I pushed the map as far west as I could — I took a local distribution system and made it national. 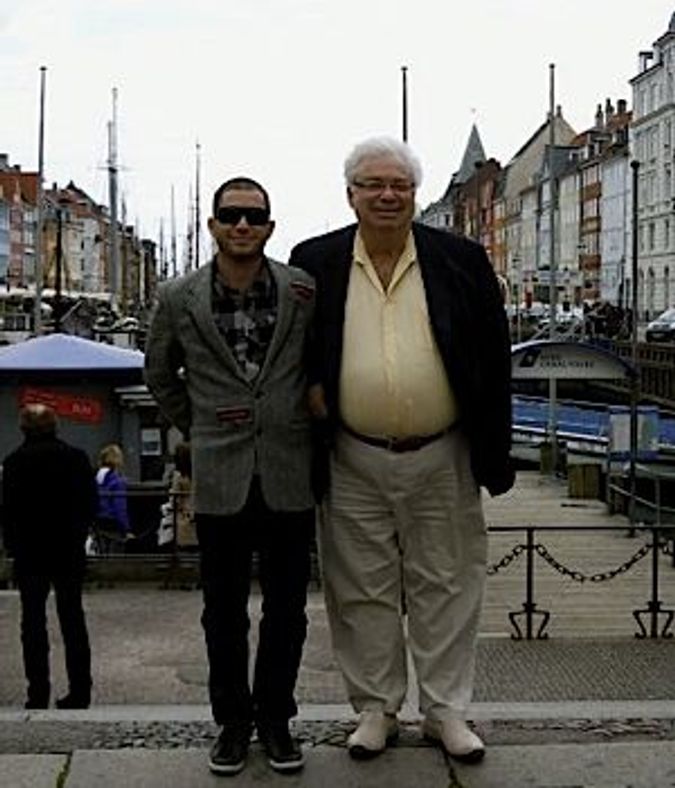 Adam and Joseph Moskowitz in Copenhagen

What state is the imported cheese industry in today?

JM: Imported cheese once represented 5% or more of total cheese consumed in the United States. Today, it is between 2% and 3%. The total volume of imported cheese consumption has certainly gone up, but so has the domestic, commodity cheese industry.

There are people, my dad included, who believe that the huge growth of domestic cheese production was set off by the importation of cheeses from Europe. The overall public awareness of cheese went way up. I can remember when big companies like Kraft and Borden did not advertise at all, and now they do. They understand that cheese is a viable market.

Adam, how did you start working at Larkin?

adam moskowitz: I started three years ago, although I obviously grew up around the building. I graduated college from George Washington University in 1996 and worked here for a year, but at that point my feeling was, “You all work way too hard.” So I worked at Yahoo! for four years and with several Internet start-up companies.

After 10 years, I started to realize the strength of being an independent business owner and, more importantly, I fell in love with cheese. The interesting thing is, my father had just decided to sell Larkin, which means I almost lost the best opportunity of my life.

How did you convince him not to sell?

AM: I went to work at Formaggio Essex in the historic Essex Street Market downtown. I worked six days a week and went from a six-figure salary to $13 an hour, but it was the best job I had ever had. I would show up to my dad’s house with these amazing cheeses I had found. He was like, “What are you doing? I’m selling the business, son.”

But I begged for the opportunity and am proud to say that in the years I’ve been here, we have steadily and modestly grown our business. My father has proven to be the mentor I always looked for.

What is Larkin focusing on now? 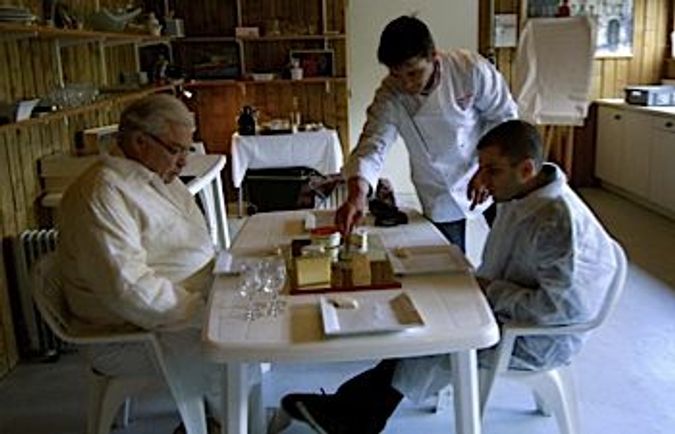 AM: Larkin is a logistics service company focused on the specialty food trade — our core business is the transport of these foods [85% cheese, 15% related items, like pickles and honey] from Europe into America. We receive products from 50 different producers throughout England, Italy, Spain, Switzerland, Germany and Greece; consolidate and ship them to New York where they get deconsolidated and sent across the country. Over 10 million pounds of cheese came through Larkin last year. Put simply, we are the UPS of specialty foods.

JM: Something we have also not done yet, and in a moment of weakness we just might do, is take over a little dairy somewhere and start actually producing our own cheese.

What has been most interesting or surprising for you in this field?

AM: I have become fascinated with supply-chain management. I‘ve fallen in love with logistics and how products move, and I am perpetually impassioned with delicious food — so for me, it’s about both palettes and palates.

What do you think Ben Moskowitz would think of all this?

AM: If I may be so bold, I’d say the professional relationship between my father and myself — and having the cheese legacy continue in our family — would be one of the happiest things for him. The only thing that would probably make him happier is if I marry a Jewish woman.

Leah Koenig writes a monthly column for The Forward on food and culinary trends. Contact her at [ingredients@forward.com][1]