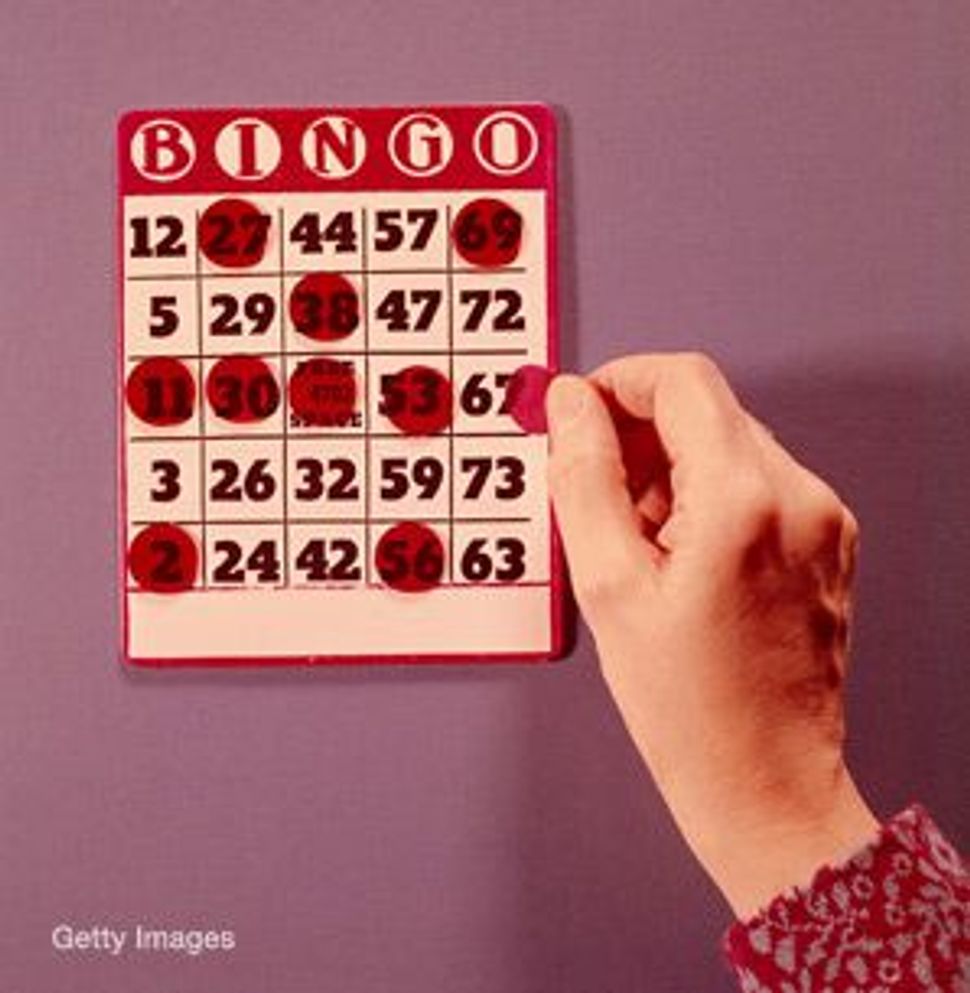 When it comes to raising money, we have all sorts of sophisticated devices at our disposal: market research, parlor meetings, silent auctions, lavish dinners with celebrated speakers and a “development” staff at the ready. Earlier generations had the Yom Kippur Appeal and bingo. 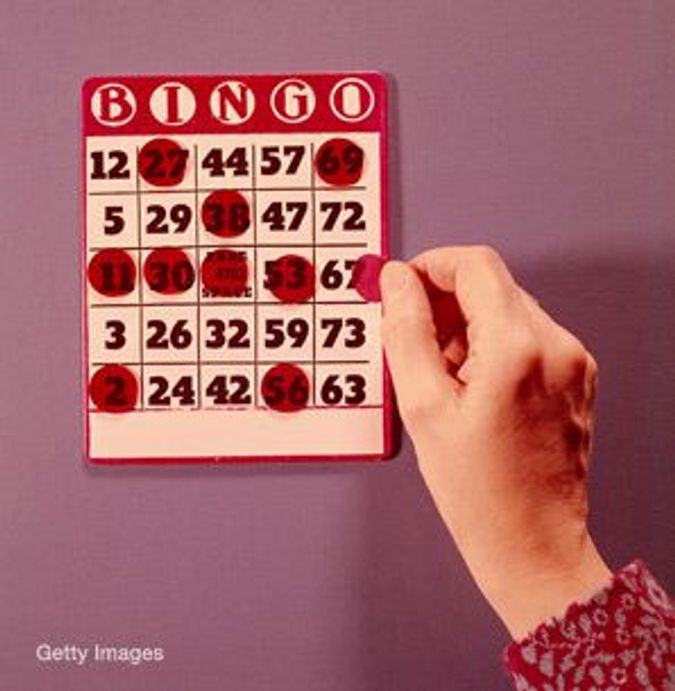 A board game whose objective was to cover five numbers straight in a horizontal, diagonal or vertical line, at which point the winner would cry out, “Bingo!” and win a few kopeks, bingo came into its own during the Depression when dwindling incomes foreclosed on more well-established and costly forms of pleasure and leisure culture. The country is now “game-minded,” The New York Times proclaimed in 1935, noting how Americans, with time on their hands and pennies in their pockets, seized on jigsaw puzzles and bingo to while away their idle hours. The game was so new, in fact, that, a decade later, the Times noted that the word “bingo” had yet to enter the dictionary.

Bingo the word may not have made its way into Funk & Wagnalls, but by the late 1930s, bingo the game was all the rage in cities up and down the East Coast. Movie theaters, social halls and, increasingly, Catholic churches and synagogues featured weekly bingo nights that drew thousands of paying customers. Financially pressed movie houses, for their part, turned to bingo to draw Depression-era audiences back to the cinema. Although Hollywood “decried this desecration of its sacred cinema temples,” as one contemporary observer put it, bingo night at the local movie theater packed the house. Catholic churches, in turn, turned to bingo to supplement the diminishing returns of the collection plate; in short order, synagogues, their revenues also steadily dropping, followed suit.

As bingo took hold, New York’s mayor, Fiorello LaGuardia, and other local politicos took steps to check its popularity. Fearful lest the underworld, or what one law enforcement official called “mercenary intruders,” assume control of bingo games and turn them into a “racket,” he ordered a temporary “bingo ban” in 1938. A few years later, the New York State Legislature, picking up where LaGuardia left off, changed the rules of the game. Thanks to legislation passed in Albany, bingo no longer could be played in a movie theater or in social halls rented specifically for that purpose. In fact, the only venue in which the game could be played legitimately and legally was within the precincts of a church or synagogue, where the proceeds went toward a charitable cause.

Still, if LaGuardia had his way, bingo would be outlawed in those places, as well. In one of his weekly “Talking to the People” radio addresses, the mayor insisted that if “bingo is unlawful in one place, the same game cannot be lawful in another place. Do I make myself clear?”

Apparently, the Church thought so. In 1942, all bingo games held within the Archdiocese of New York were discontinued. The Presbyterian General Assembly also added its voice to the chorus, denouncing bingo and other games of chance as “not in keeping with the Christian doctrine and life,” and calling on its faithful to bring these games to an end voluntarily. But the Jews, in the absence of a binding central authority, proceeded on an ad hoc, congregation-by-congregation basis. As late as 1955, when a new legislative initiative to legalize bingo in religious institutions was being considered, the New York Board of Rabbis publicly opposed the proposition. “The raising of funds through bingo games, even for worthy causes, is not in consonance with the high standards of morality and dignity which the synagogue sets for the general community,” it resolved. Conceding that financial need was the driving force behind synagogue-sponsored bingo games, the Rev. Dr. Julius Mark of Temple Emanu-El took matters a step further, wondering whether it might be better to “struggle along to the best of our ability rather than to depend on… an immoral means to gain moral ends. Should not the church and synagogue be the last place in which gambling is permitted?”

The Rabbinical Assembly’s Committee on Jewish Law and Standards also took up the challenge of bingo, ruling in 1957 that spiritual considerations, rather than strictly halachic ones, militated against synagogues hosting bingo games. Over the course of the next two decades, the committee periodically revisited the issue, each time reaffirming its opposition in stronger and stronger terms. Bingo and other games of chance, when played in the synagogue, were a “hillul Hashem” (a desecration of God’s name), Rabbi Ben Zion Bokser declared, while his colleague, Rabbi Sanford D. Shanblatt, pronounced them a “degradation.”

Whether on its own steam or because of religiously inspired critiques like these, bingo gradually withered away. Some of its fans, opting for bigger stakes, made for Atlantic City and for Las Vegas; others came to think of the game as déclassé. Many of its sponsors, meanwhile, found more newfangled, less socially suspect ways to attend to the congregational budget. Still, bingo hasn’t disappeared entirely. A recent article in the Boston Globe reported that the town of Milton, Mass., which lays claim to two ongoing bingo games — one at Temple Shalom and the other at St. Agatha’s — has become a veritable bingo destination. Their social halls crammed with avid bingoists, as the game’s fans were once called, the synagogue and church between them generate more than $1 million a year in revenue.