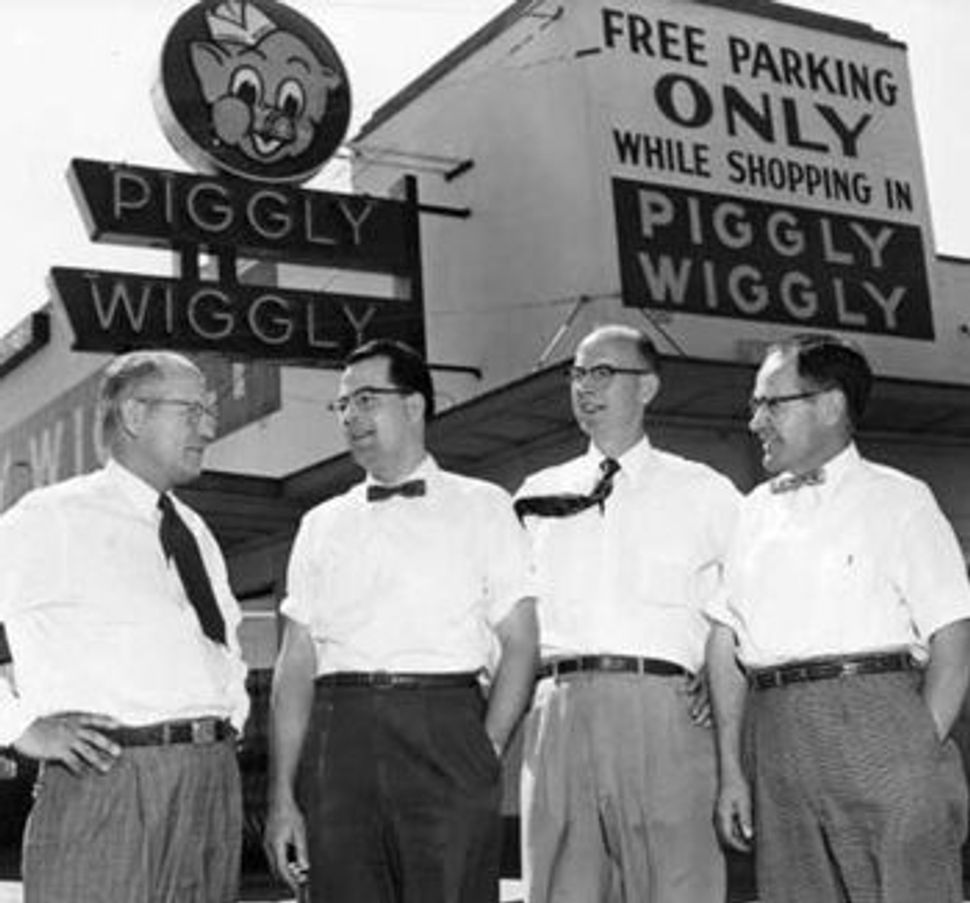 An Inspiration To The World: Piggly Wiggly executives had a surprisingly important though indirect influence on Israeli supermarket culture. Image by COURTESY GROCETERIA.COM

“The Israeli newspaper Haaretz recently carried a feature article about the first supermarket in Israel, the ‘Supersol’ on Ben-Yehuda Street in Tel Aviv, which is where my mother shopped for groceries when I was a baby. I had always thought that this supermarket (and subsequent ones in the same chain) spelled its name with a sin, as שופרסל, rather than with the customary samakh, as סופרסל, because when it opened in 1958, the Hebrew spelling of the English word ‘super’ had not yet been standardized. According to the article, however, the sin derives from the name’s allusion to the Aramaic expression שופרא דשופרא, shufra d’shufra, i.e., ‘the best of the best.’ This makes me wonder: Is there any linguistic connection between Aramaic shufra and English ‘super’?” 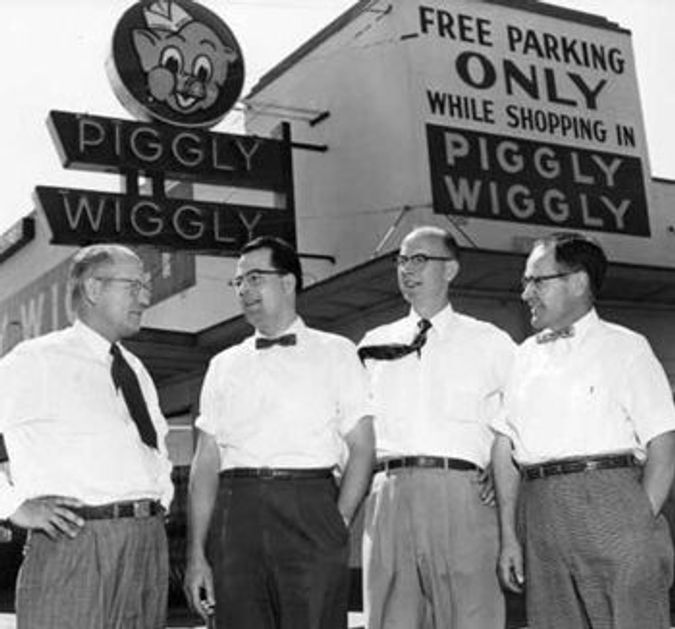 An Inspiration To The World: Piggly Wiggly executives had a surprisingly important though indirect influence on Israeli supermarket culture. Image by COURTESY GROCETERIA.COM

Apart from the Supersol link, none at all. Shufra comes from the Hebrew and Aramaic verb shafar, to prosper or go well, whereas English “super” derives from a Latin preposition meaning “over,” “above” or “beyond.” Although in classical Latin, super was sometimes prefixed to nouns, verbs or adjectives to form new compounds, such as superfluere, “to overflow,” or supercilium, “eyebrow” (literally, “above the eyelid,” hence our English ‘supercilious’ or eyebrow-raising), its use as a magnifier or intensifier in such words as supereffulgens, “extremely bright,” or supergloriosus, “extremely glorious,” began with medieval Latin.

In the 16th and 17th centuries, this passed into English with such neologisms as “superfine” and “superabundant,” and in the second half of the 20th century, the usage took off dramatically. You don’t have to be super-observant to notice that it’s now super-common to preface “super” to everything.

The word “supermarket” itself apparently dates from 1933, when a magazine called Chain Store Age first spoke of “the one-stop-drive-in super market” — a term that quickly caught on. While self-service grocery stores, as developed by such chains as Piggly Wiggly and the Great Atlantic & Pacific Tea Company (known to most of us as “A&P”), go back to the 1910s and ‘20s, the first true supermarket is said to have been a Queens food emporium founded in 1930 by the Irish-American ex-grocery clerk Michael J. Cullen. Inspired by the movie “King Kong,” Cullen, whose motto was “Pile it high, sell it low,” called his supermarket “King Kullen.”

The first Tel Aviv Supersol was founded by three Israeli entrepreneurs who traveled jointly to the United States in 1957 to raise money for the project from American Jewish investors, 10 of whom agreed to put up $25,000 apiece. The establishment of the first Israeli supermarket was considered to be of such national importance that Trade and Industry Minister Pinhas Sapir and Prime Minister David Ben-Gurion both gave it their backing and intervened on its behalf.

The trio hit on the name Supersol by combining the “super” of “supermarket” with the Hebrew word sal, “basket,” while spelling “super,” as Mr. Wegsman writes, with a sin instead of the samakh regularly used in modern Hebrew to represent the “s” in foreign words, so as to allude to the Talmudic shufra d’shufra.

Had they wished to Hebraize the name a bit more, they might have made it Shufrasal, and had they been ready to go all the way, they would have opted for Sal d’Shufra, “The Basket of The Best,” which would have been proper Hebrew-Aramaic word order. Yet not wanting to lose the glamour of the American supermarket, they kept the “super” and made do with a symbolic sin.

In popular parlance, supermarkets came to be known in Hebrew as superim (singular, super), but this was not acceptable to Hebrew purists, who for years sought a genuine Hebrew word by which to call Michael J. Cullen’s invention. It took several decades until, sometime in the 1980s, the Academy of the Hebrew Language, the official body entrusted with finding and inventing Hebrew words for new concepts, suggested markol. This was a simple-sounding yet complicated word, since it was composed of four different layers:

4, Kol, “all,” which can be prefixed to other words to indicate inclusivity and occurs in the word kolbo, literally “all is in it,” the modern Hebrew word for a department store.

Perhaps because super was already so entrenched in everyday speech, it has taken markol a long time to make headway in Israeli usage. Yet it seems to be slowly gaining acceptance, and in the last 10 or 15 years, I have encountered it with increasing frequency in writing, if not in speech, so that it may be just a matter of time — although probably a lot of it — before it takes over completely.

Meanwhile, however, Israelis continue to go to the super.