All Stories Are True 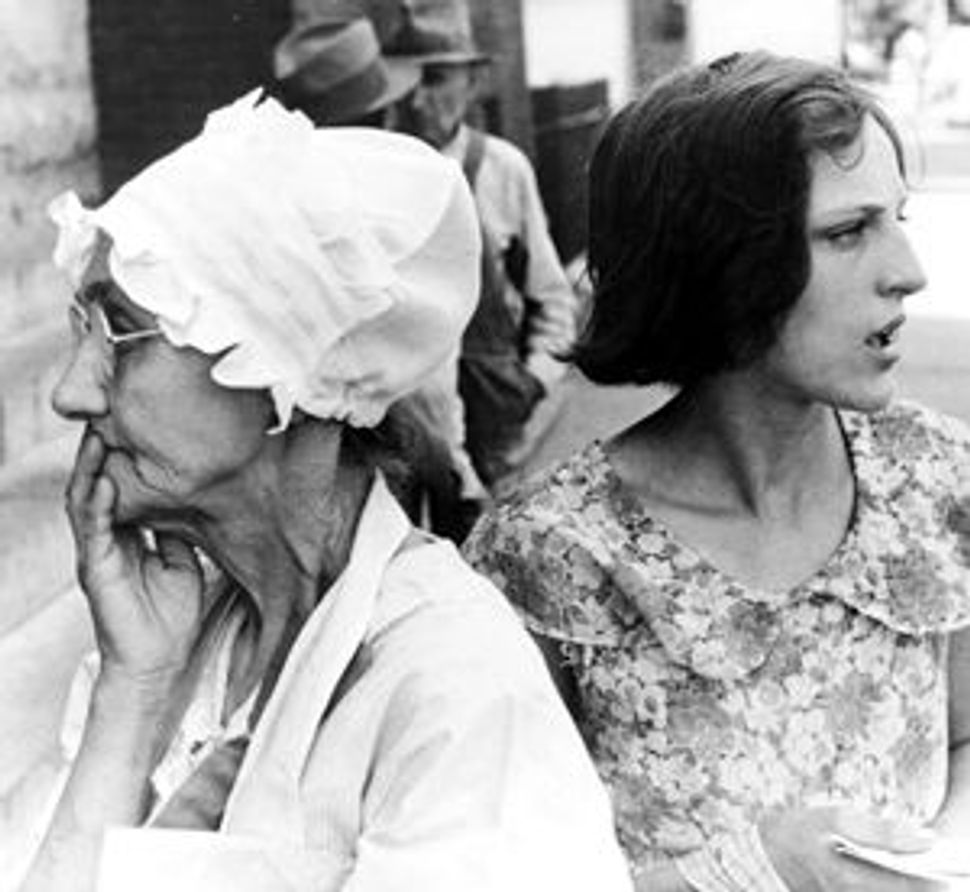 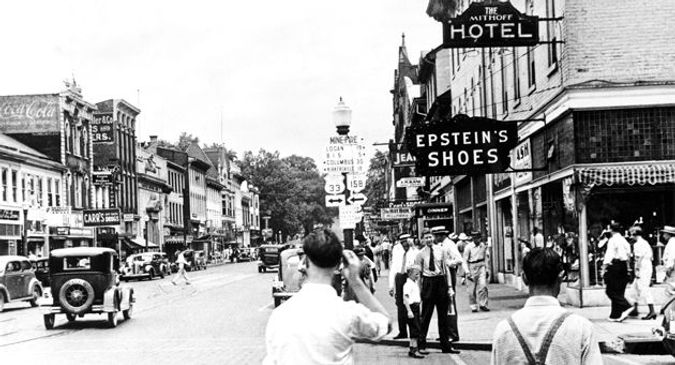 Saving Ohio: Shahn?s photographs of Depression-era Ohio have preserved the human sense of the time for posterity. Image by LIBRARY OF CONGRESS

Three decades after his death at age 70, the art of socially involved Jewish American painter Ben Shahn has never been more widely admired and discussed.

A brilliant catalog by Alejandro Anreus for the landmark 2001 exhibit at the Jersey City Museum, “Ben Shahn and ‘The Passion of Sacco and Vanzetti,’” analyzed the artist’s extensive work on the themes of judicial error, historical injustice, and bigotry against immigrants.

“The Shape of Content,” Shahn’s revealing 1956-’57 lectures as Charles Eliot Norton Professor of Poetry at Harvard have been reprinted by Harvard University Press.

Shahn’s remarkable work as a photographer during the Great Depression is also newly available in “Fields of Vision: The Photographs of Ben Shahn” by Timothy Egan from D. Giles Limited. And, to cap this selection, an even ampler new study, “Ben Shahn’s American Scene: Photographs, 1938,” by John Raeburn was published in May by the University of Illinois Press. 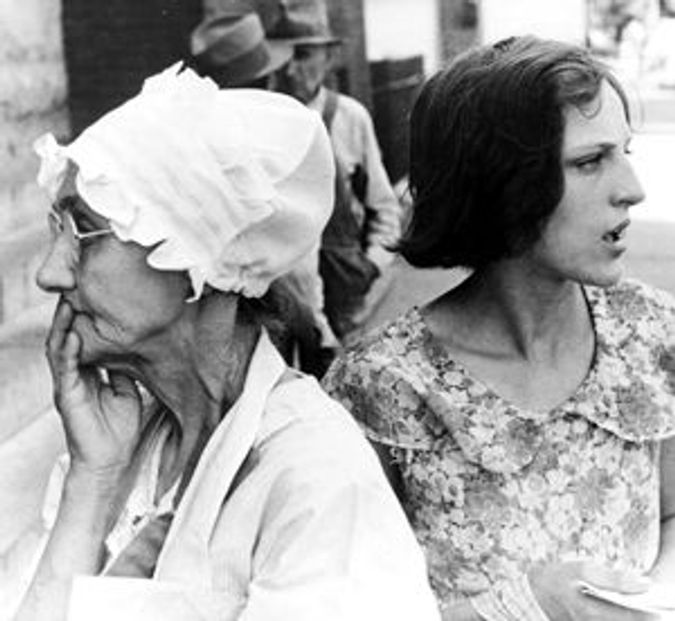 During his lifetime, Shahn was excoriated for extra-artistic reasons by right-wing critics like Hilton Kramer, who fretted in the New York Times that Shahn was merely an “illustrator peculiarly dependent on current history for his inspiration.”

The influential abstract art guru Clement Greenberg dismissed Shahn in The Nation on the occasion of his 1947 Museum of Modern Art retrospective: “This art is not important, is essentially beside the point as far as ambitious present-day painting is concerned, and is much more derivative than it seems at first glance.” Yet even Greenberg offered qualified praise of Shahn as “more naturally photographer than painter.”

Sent by the United States government to document small-town America’s resilience in the face of an economic nightmare, Shahn took photos of such grandeur and humanity that they rank alongside images by other great Farm Security Administration photographers like Dorothea Lange and Arthur Rothstein.

Part of the reason for this grandeur, as explored in “Ben Shahn’s American Scene,” is the artist’s remarkable blending of apparently diverse themes.

Born in Lithuania in dire poverty, Shahn emigrated with his family to Brooklyn in 1906, but not before witnessing searing events like a fire in his village of Kovno.

As Shahn explains in “The Shape of Content,” when he created the 1948 tempera on panel, “Allegory,” now at the Modern Art Museum of Fort Worth, he had recently been jolted by the news of African-American children dying in a 1947 Chicago tenement fire.

This tragedy revivified memories of slum fires he had witnessed in Kovno and Brooklyn, and he conjured up a “lion-like” image to evoke “primitive terror.” Children depicted as lying dead beneath this leonine monster do not seem to be African American, Shahn admits: “They resemble much more closely my own brothers and sisters.”

Early childhood trauma gave Shahn an ingrained lifelong identification with victims of tragedy. As “Ben Shahn and ‘The Passion of Sacco and Vanzetti’” details, the painter preceded his work about the trial of Sacco and Vanzetti with a 1930 series of images relating to the Dreyfus Affair.

Shahn’s image of Italian working-class immigrant women, “Six Witnesses Who Bought Eels From Vanzetti,” might just as easily represent a group of balabustas from Kovno.

Bernarda Bryson, Shahn’s widow, told Alejandro Anreus that her husband once remarked: “If Sacco and Vanzetti had been Jewish and socialists, they could have been members of [my] family.”

In the maelstrom of 20th-century history, shared suffering made for a common identity in Shahn’s remarkably egalitarian, yet discerning, imagination.

Just before his 1938 photo expedition, Shahn painted his famous Jersey Homesteads mural, showing Albert Einstein leading a troop of Jewish refugees fleeing Fascist persecution in Europe, under an image of the executed Sacco and Vanzetti in their coffins.

Einstein was among America’s leading Jews, along with Felix Frankfurter, Osmond K. Fraenkel and others, who opposed the execution of Sacco and Vanzetti, seeing it as a sort of American version of the Dreyfus affair.

Compassion derived from a sense of shared suffering also motivated Shahn in his trip through Depression-era Ohio. Walking down Main Street in Lancaster, Shahn captured the image of a looming store sign: “Epstein’s Shoes.”

Ultra-aware of the immigrant experience, Shahn subtly alludes to the underlying question: What historical vagaries were responsible for Epstein, whoever he or she was, winding up in Lancaster, Ohio, selling shoes in 1938?

Likewise, a modest sign, “Veterans of Foreign Wars,” on a drab storefront in Circleville, Ohio, gains poignancy from being dated summer 1938, after the March Anschluss, when the annexation of Austria by Hitler’s Germany made new foreign strife ever-more imminent.

Another image taken with World War II looming shows a one-legged man, quite likely a World War I veteran, selling pencils on the street in Lancaster, Ohio.

Shahn focused on such scenes of humble humanity, from cheerfully gossiping ladies in front of Epstein’s shoe store to wry allusions, like the photo entitled “Amusements,” of a van crowned with loudspeakers bearing a sign advertising a Circleville, Ohio, showing of the titillating docudrama “The Birth of a Baby.” This 1938 low-budget flick about a couple who were expecting was intercut with some (polite even by ’30s standards) documentary footage of real childbirth, so distributors ballyhooed the film’s supposed daring in order to attract gullible consumers.

Beyond such playful subjects, Shahn’s stark images of devastating poverty, like “Dwellers in Circleville’s ‘Hooverville,’ Central Ohio,” show grimy youngsters who might easily have been urchins from Kovno.

Tellingly, after America recovered from the Great Depression, Shahn lost all interest in photography as a medium, perhaps because such direct emotional identification with dire poverty became rarer. This poverty created victims with whom Shahn identified during his entire life.

In “The Shape of Content,” Shahn declares that “fanaticism is man’s most abominable trait.” His photograph entitled “Sign on restaurant, Lancaster, Ohio” shows a racist advisory: “We Cater to White Trade Only.”

In his book, Egan draws a direct parallel between the narrative content of such images and Shahn’s oft-stated, ambiguous claim about tales from his Lithuanian childhood: “Most facts are lies. All stories are true.”

The inherent truth in these deeply felt photographs is further proof of Ben Shahn’s enduring relevance as an artist.

All Stories Are True