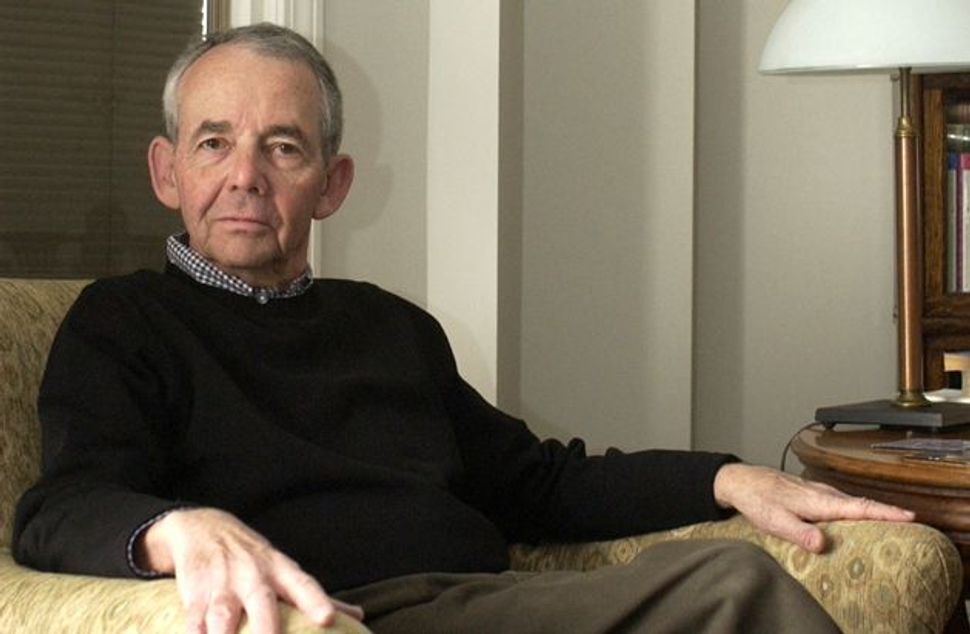 The Love Song of A. Jerome Minkoff: and Other Stories
By Joseph Epstein
Houghton Mifflin Harcourt, 272 pages, $24

This compact collection of short stories, almost all of them set in Chicago, is about Jewish men of a certain age who have been playing it safe for all of their mostly passionless though not unsuccessful lives. As doctors, lawyers, academics and businessmen, they live in relative financial stability if not wealth, and have equally stable family situations — their marriages (almost all are married) seem happy, if not exactly passionate.

So, what’s to complain about? That is the question Joseph Epstein puts to his somewhat interchangeable heroes in “The Love Song of A. Jerome Minkoff: And Other Stories,” forcing them to confront their limitations and exposing repressed or invented desires. In some stories, the author induces otherwise complacent men to act out in ways that are generally the province of two categories of people: adolescents, who naively believe in their own invincibility and immortality; and the dying, who truly have nothing to lose. In other stories, the hero must find his kicks vicariously through another, often much younger individual, one whose life is less stable and given to more excitement than the main character has ever experienced.

Epstein is best known as an acclaimed essayist and former editor of The American Scholar, but this is his third collection of short stories, and possibly his best yet. The writing is tight and clever, and often very funny. There is a certain pathos to these stories, too, a mix of desperation and irony that is at once comic and sad, especially in the stories where passion is experienced only vicariously. But for all his wit and style, Epstein ultimately falls short of making his characters come alive for the reader, and the stories, however smart and well-written, are not as moving as one might have hoped.

In “You Could Also Love a Rich Girl,” the narrator has been working at the same small-circulation political weekly for nearly 30 years. Although he was once offered a job at The New York Times, he turned it down. For him, that missed opportunity represents “the decisive move I never made.” Lacking anything much to look forward to in his own life, the middle-aged, married father of two grown daughters finds his excitement in the “surprises life and human nature toss my way.” When his newly hired associate editor, a phenomenally talented young

writer, marries the daughter of an extremely wealthy New York Jew, the boss’s interest is piqued. And so the drama unfolds: The couple moves to a posh residence in Westport, Ct., and has two children. But the wife is unfaithful — with many men. Divorce is inevitable, and the young father and brilliant writer eventually runs off with his two kids, quitting his job to live anonymously in an unknown locale, an unwitting source of excitement for the abandoned editor.

Similarly, in “Danny Montoya,” a middle-aged biology professor — who took the job after not getting into medical school — runs into an old childhood acquaintance whom he remembers as a brilliant tennis player. While the tennis champion has since become a salesman, the professor envies him his short-lived success: “I’ve never come close to doing anything in my entire life as well as you played that game,” he says. His friend is confused and points out that the professor is probably a good father and a good teacher, and that winning a few tennis trophies is ultimately meaningless to him. But the professor is unwavering: “There’re lots of good fathers, good husbands, good teachers. But I never saw anyone fly over a tennis court as beautifully and happily in command of things as you,” he says. The difference, he eventually comes to realize, between his own life and that of his friend, is that his talent allowed the tennis player “to soar,” however briefly, while his own life “has been spent entirely on the ground.”

Not all the characters in these stories live vicariously. The widower protagonist of “The Philosopher and the Checkout Girl,” a retired professor of philosophy, decides to ask out the checkout girl — a middle-aged woman, really — at his local supermarket. His conversations with her, a college dropout who prefers Broadway show tunes and Barry Manilow to “longhair music,” leave him exhilarated. She is “beyond anything in his experience,” and says things “never dreamt of by Wittgenstein.” In his exchanges with this childless divorcee, who lives in the same lower-middle-class world in which he was raised and from which he has sought all his life to escape, the professor finds himself wracked by regrets for having lived his life at a “second, perhaps a third, remove.” It’s a strain that gets pushed a little too far when the philosopher tells the checkout girl that he is afraid of her because he is “not used to living life so directly.”

Epstein’s writing has style and punch, and he has a knack for evoking the pathos of aging and stagnation. But too often his stories, like the characters that inhabit this book, seem interchangeable. Indeed, one feels a certain remove — of a second or third degree — from characters who, while they grapple with universal questions, seem stuck in the mire of a fictionalized creation. In the end, one senses that the author, like the men he describes, may be playing it safe.