Reader, He Married Her 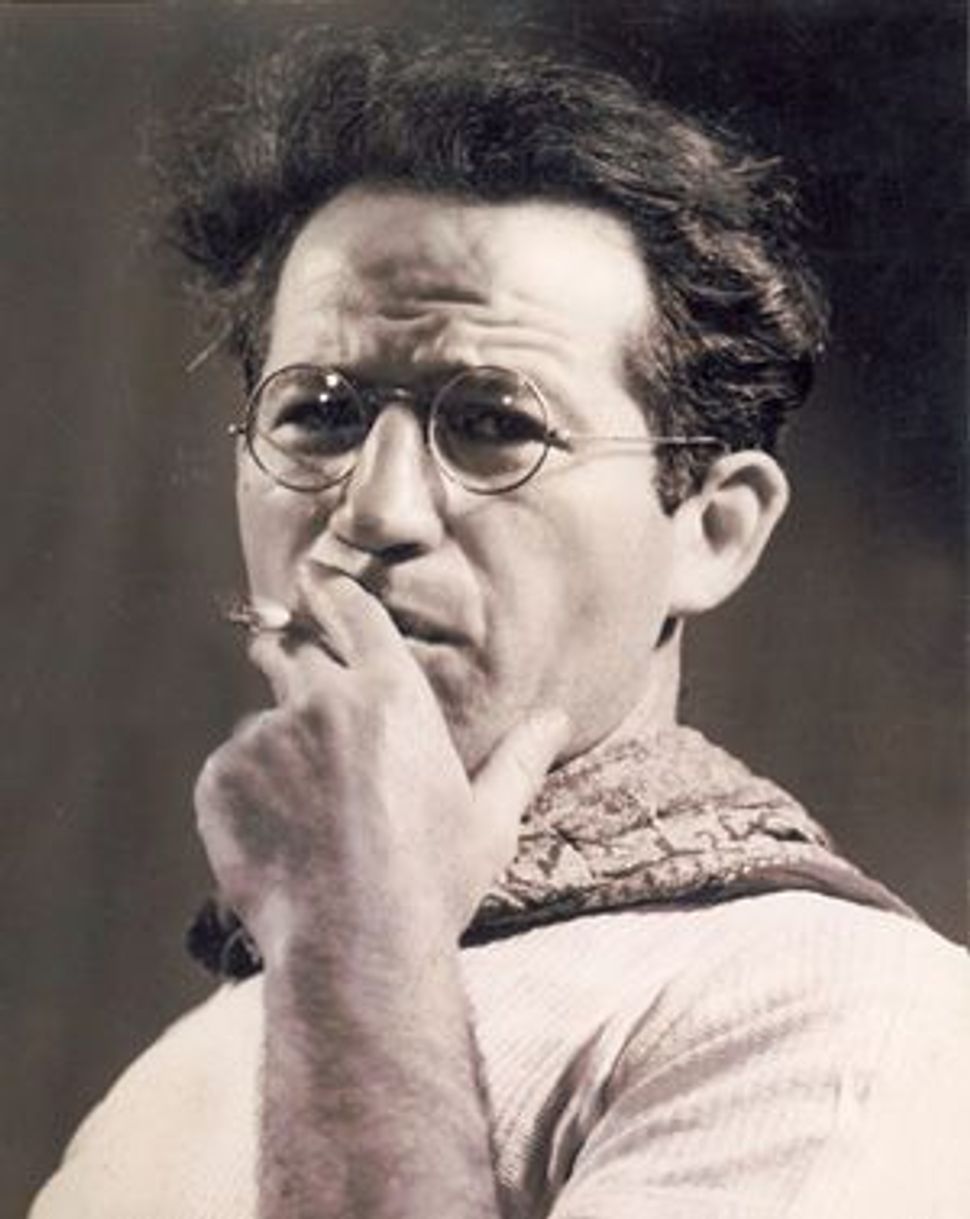 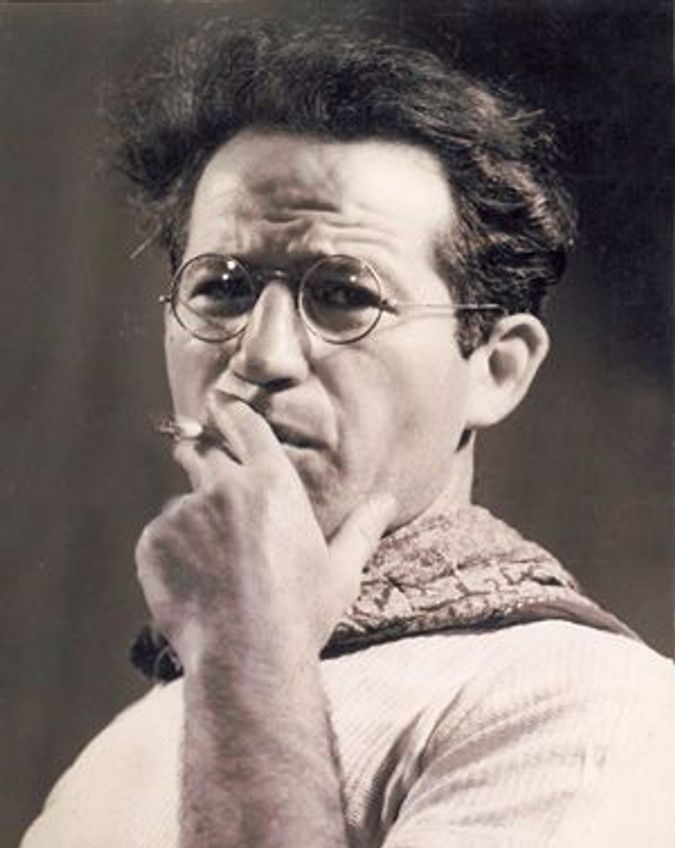 Henry Roth’s new posthumous novel, “An American Type,” owes the attention it is getting, and indeed its very existence, to the author’s 1934 classic modernist Jewish novel, “Call It Sleep.” Nothing less than that masterpiece could have inspired the devotion required to whittle the 270-page “An American Type” out of “Batch 2” — 1,900 pages left at the writer’s death — by the aptly named Willing Davidson, a fiction editor at The New Yorker.

“An American Type” is not a masterpiece, but it is an unsentimental portrait of an American Jewish innocent during the Depression trying to understand himself, his prospects and his country. He succeeds enough in all three categories to make one good decision among all the bad: marrying the right woman. In fact, if critic Vivian Gornick is correct that much of Jewish American fiction is marred by a gift for “talented misogyny,” then Ira Stigman’s enthusiastic love for the woman called only M (based on Roth’s wife Muriel) makes “An American Type” exceptional and refreshing.

I have steeped myself in the Saul Bellow and Philip Roth novels that Gornick knocks, and I admit I was struck by the justness of Gornick’s criticism when I read Stigman’s earnest and unrestrained declaration of love for M, “his soul’s treasure, or his sole treasure. Either word would do.”

But Jewish feminists would be correct to point out a dispiriting aspect of this exception. Stigman’s M is not Jewish, and this fact is incidental neither to her charms nor to Stigman’s humble gratitude for them. M is descended from early American settlers. “They built America,” he thinks, and Jews like himself, along with “other mongrels, were ruining it.” It is a wonder to Stigman that from such grand people as M’s “a hand should be extended to him, hers, the very grace, the last grace of her tradition.”

Stigman’s miserable assessment of the Jews and his soul/sole wordplay, are signs that this novel is not part of the brash, energetic and breezy literary movement that, beginning a half century ago, made the Jewish novel the hottest category in American writing. Roth finished “Batch 2” in 1991, but the author was born in 1906 in Yiddish-speaking Galicia.

Roth arrived in America as a toddler, and his literary style and Jewish consciousness were not touched by the confident American influences that gave birth to the postwar Jewish American novel. He was an early 20th century modernist who delighted in Joycean puns, though such touches appear only rarely in “An American Type.” And he apparently remained forever in awe of goyish America. The phrase “American Type” appears in the novel to describe stereotypical non-Jewish Americans. The editor used the phrase for the title to imply that the Jewish Stigman is also such a type, though he admitted in an interview that Roth probably would have disagreed.

When the novel opens in 1938, Stigman has one “Call It Sleep”-like novel to his credit, an invitation to the Yaddo artists’ colony, an older woman to support and satisfy him (the novel’s coarse sexual language is jarring), and a working-class, not-too-bright friend in the Communist Party. The latter is “a true American type” whom Stigman thinks will make a good model for the hero of his second novel. But the book’s not going well, and no wonder. Stigman dreams of writing scenes set in the Dakota badlands; his imagination is at home in a different milieu. When he first spots M, he is smitten and intimidated, both by her looks and by the lesbian affair she is having. He is intrigued but afraid that she would “probably slap you down if you said boo to her, slap you down like a matzoh.”

But it’s also goodbye to the New York Jewish world, which Stigman finds increasingly uncomfortable. Before he brings M to his parents’ home for a Sabbath dinner, he stops by a cafeteria owned by another relative, Max. There Stigman gets sideswiped by a dose of vintage griping that explains why Philip Roth’s Portnoy thought aggravation was a Jewish word. Stigman chats with Max:

Stigman doesn’t find this so charming. On a later visit he “had the feeling that for all of his kin their coming to this country had turned into a kind of pedestrian tragedy.”

And Stigman’s parents are too busy antagonizing each other to worry about a mere shiksa. “That glare: the volcanic fury pent beyond Ira’s father’s endurance. Tortured spirit, and Mom’s, too, both of their lives wrecked in different ways.”

Given such conditions, Stigman’s marriage to M is a lifesaver.

The story is framed by a brief introductory chapter and epilogue that take place in 1990, when Stigman is an old widower. Both sections emphasize his still-vibrant Jewish consciousness, which operates outside any Jewish world but seems hardly bereft because of it. He is encouraged to record his story by the talmudic dictum that says, “You are not required to finish” a work — but neither are you free to desist from it. Stigman mourns his beloved M with the classic “Ahz vey iz mir.” This, by the way, is uttered in a mobile home in Albuquerque, N.M. It seems an unlikely location for such an outburst or for a couplet of Shelley’s poetry, which Stigman recalls in the novel’s closing lines. But one thing is sure: A Shelley-quoting Jewish writer who lives in a mobile home and resorts to his native Yiddish to mourn his non-Jewish wife is the type of thing that could happen only in America.

Reader, He Married Her