Journalist for All Seasons 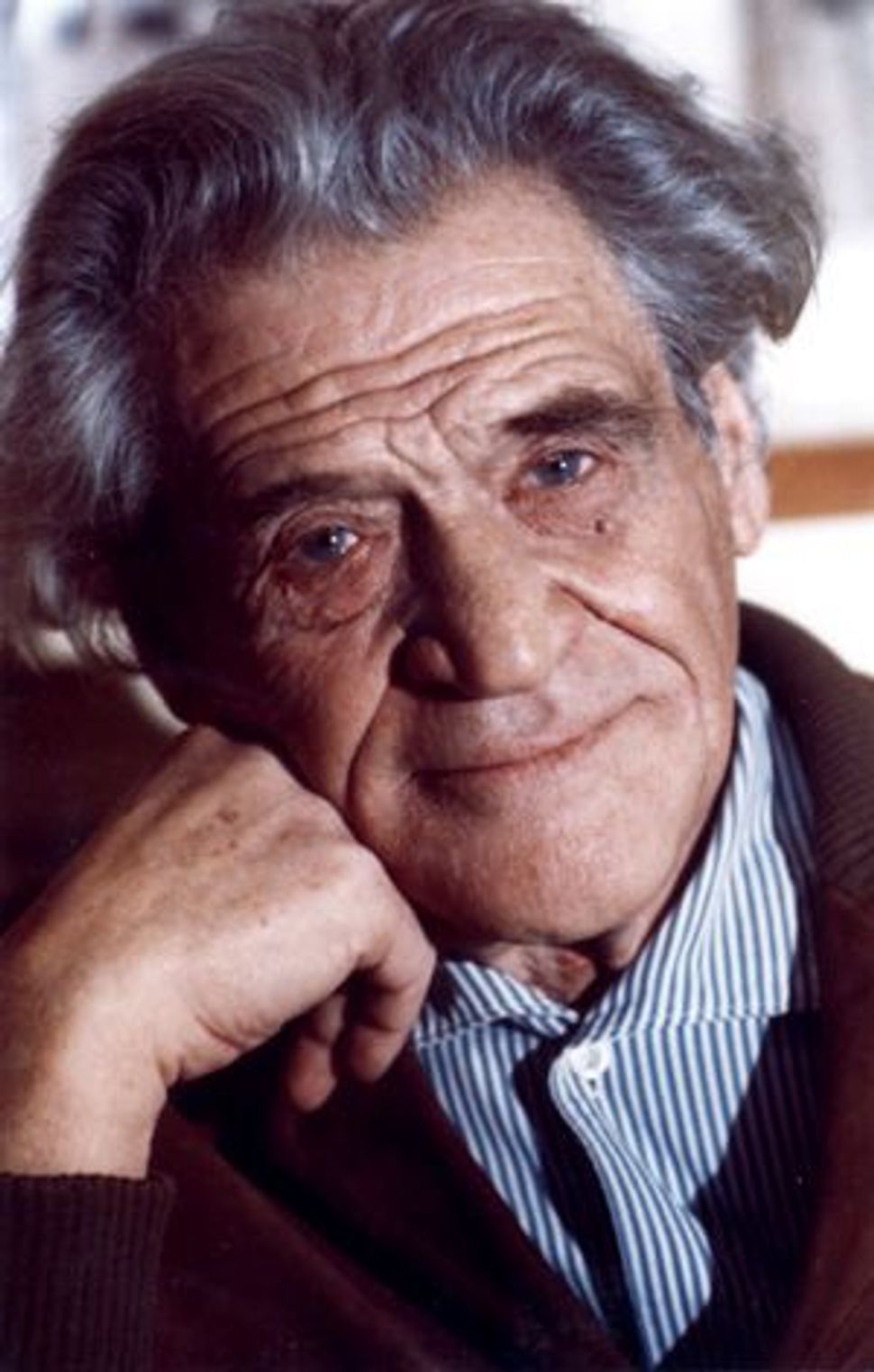 To filmgoers, Joseph Kessel is best remembered as the novelist whose spicy “Belle de jour” was adapted into a 1967 Catherine Deneuve film by director Luis Buñuel. But a more abiding image might be Kessel the academician, who, when required to carry a sword for his 1964 induction into the Académie française, used one that prominently featured the Star of David; at his death he bequeathed this sword to the Hebrew University of Jerusalem. 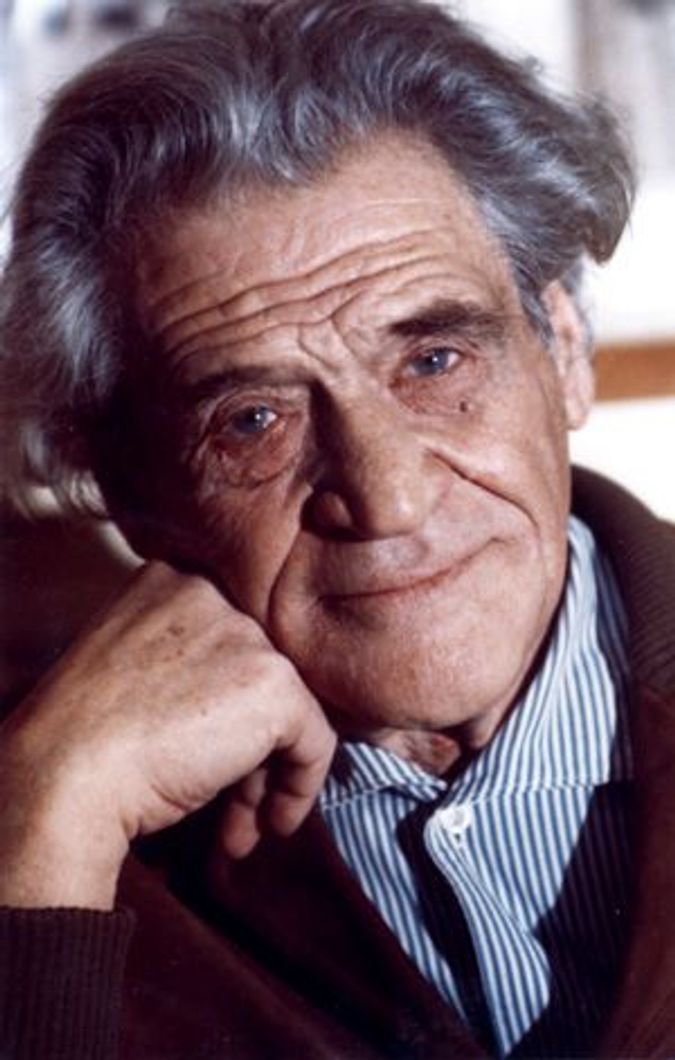 The Buñuel film was not his only one. His heartbreaking novel about the French Resistance, “Army of Shadows,” was adapted in 1969 by French Jewish filmmaker Jean-Pierre Melville. History buffs will also remember Kessel for co-writing in 1943, with his nephew Maurice Druon, the French lyrics for a melody that became “Le Chant des Partisans” (“Partisan Song”), a key wartime anthem of the Free French Forces. Despite these multifarious accomplishments, Kessel the journalist probably made the most permanent dent in world consciousness.

Today, although English translations of Kessel’s novels are all out of print, his journalism — almost none of it translated — is continually reprinted in France, most recently in a lavish new Gallimard Quarto volume and a complete, multivolume series from Paris’ Éditions Tallandier. His voluminous reportage shows that Kessel was present at crucial historical events; after making his first trip to Palestine in 1926, which he wrote about in “Terre d’Amour” (“Land of Love,” Flammarion, 1927), he revisited Israel in 1948. He arrived so soon after statehood was declared that at the Haifa airport, Kessel’s visa was stamped “No 1.”

His second trip likewise produced a book, “Terre de Feu” (“Land of Fire,” Compagnie parisienne du livre, 1948). These passionate articles for the French literary daily Le Journal express a humanely heartfelt form of journalism. Kessel, who died in 1979, wryly told one interviewer that his nephew Patrick Kessel disparaged such reporting as “folklore,” to which Kessel replied: “But I love folklore!”

Kessel had a legendary relish for living life to the hilt almost from his birth in 1898 in Argentina. For several years the family alternated between Russia and Argentina, where his father, a Lithuanian Jewish doctor, practiced medicine to avoid Russia’s antisemitic laws.

In 1908, to escape pogroms in Russia, the Kessel family relocated permanently to Nice, France. Joseph soon reached Paris, where he made friends with actors, including Israel Moshe Blauschild, who under the stage name Marcel Dalio would later appear in such films as “Rules of the Game” and “Casablanca.” After service in World War I, which included a tour of duty in Russia, Kessel enjoyed fabulous debaucheries in 1920s Paris. As a carouser Kessel had mythical stamina. During a 1962 Manhattan pub crawl, his biographer, Yves Courrière, watched Kessel down 27 scotches in just over five hours and remain coherent.

Kessel’s appetite for knowledge was comparably voracious. Writing about Russia and other subjects in 1925, he happened to meet Chaim Weizmann in Paris — an encounter that led directly to his decision to see Palestine the following year. At Bnei Brak, Kessel noted that despite brutal hardships, all the settlers he saw were “joyful, sincerely, marvelously joyful.” “Terre d’Amour” also includes a biographical chapter about Joseph Trumpeldor, a pioneer in Palestine whose adventurous life enchanted Kessel. After returning to Paris, Kessel went out of his way to testify for the defense at the 1927 trial of Sholom Schwartzbard, a Bessarabian-born Jew who killed the Ukrainian nationalist leader Symon Petliura, whom Schwartzbard held responsible, correctly or not, for antisemitic pogroms in Ukraine during 1919.

Kessel testified that he felt an “overwhelming duty” to speak out, as Schwartzbard’s case was for him a “sort of personal cause, as it is for any Jew who has any vital blood flowing through his veins.” Describing his own experience with pogroms, Kessel admits that he would never have done what Schwartzbard did, “because I lack his courage.” Whatever the verdict, Kessel added, “when the trial is over, I will ask [Schwartzbard] to do me the honor of shaking my hand.” Ultimately, Schwartzbard was acquitted.

Despite this positive outcome, Kessel soon realized which way European politics was headed after attending a 1932 speech by Adolf Hitler in Dortmund, Germany. Standing 10 meters away from Hitler — the distance had shrunk to only one meter by the time Kessel retold the story to novelist Paul Guimard in 1956 — he concluded that Hitler was a “mediocre man, sad and rather vulgar.” Hitler “began to have talent,” however, when he “spoke about himself.” Kessel concluded: “This man is drunk with himself … this insane self-satisfaction stimulated, intoxicated, aroused, and choked him … Adolf Hitler thought he was such a great man that he managed to persuade his audience of it.”

Kessel continued to combat racist hatred in a 1934 memoir, “Stavisky: The Man I Knew” (Éditions Gallimard), which humanized without whitewashing a French Jewish embezzler whose arrest sparked waves of antisemitism. After France’s ignominious 1940 military defeat, Kessel joined the Resistance. Druon, who died last year at age 90, recounted part of Kessel’s war experience in “My War, My France, and My Agony” (“C’était ma guerre, ma France et ma douleur”), a moving, posthumously published wartime memoir from Éditions Plon. Uncle and nephew were stationed in London, and a French general ordered them to write an inspiring war song. When they finished the stark, somber and bellicose lyrics of “Le Chant des Partisans,” which Druon eventually donated to Paris’s Legion of Honor Museum, Kessel said, “Perhaps this is our only work which will endure.”

Yet Druon recalls that Kessel personally cared only for Russian gypsy music; in the 1960s Kessel produced a still-delectable album of songs by some of the last masters of this genre. He even joked with characteristic hyperbole that he recognized only one song — the French national anthem, “La Marseillaise” — and only because everyone stood up to sing it.

In truth, many of Kessel’s writings besides his “Partisan Song” deserve to endure, especially the account of his second trip to Israel, just after he had covered the postwar Nuremberg and Marshal Pétain trials. Near Beit She’an, Kessel was told about two young Israeli casualties in the War of Independence. One dead Jewish teenager had a concentration camp number tattooed on his forearm, while the other was from a comfortable family in Los Angeles. Kessel notes: “One came from the world’s full horrors, the other left a Californian paradise to die in Eretz Israel.” This tragic encounter, he adds, comprises the “drama, strength, and hope of the Jewish people.” So indeed does Kessel’s fascinatingly vivacious journalism, scandalously overdue for English translation.

Watch the trailer for the 1969 film adaptation of “Army of Shadows”:

Journalist for All Seasons