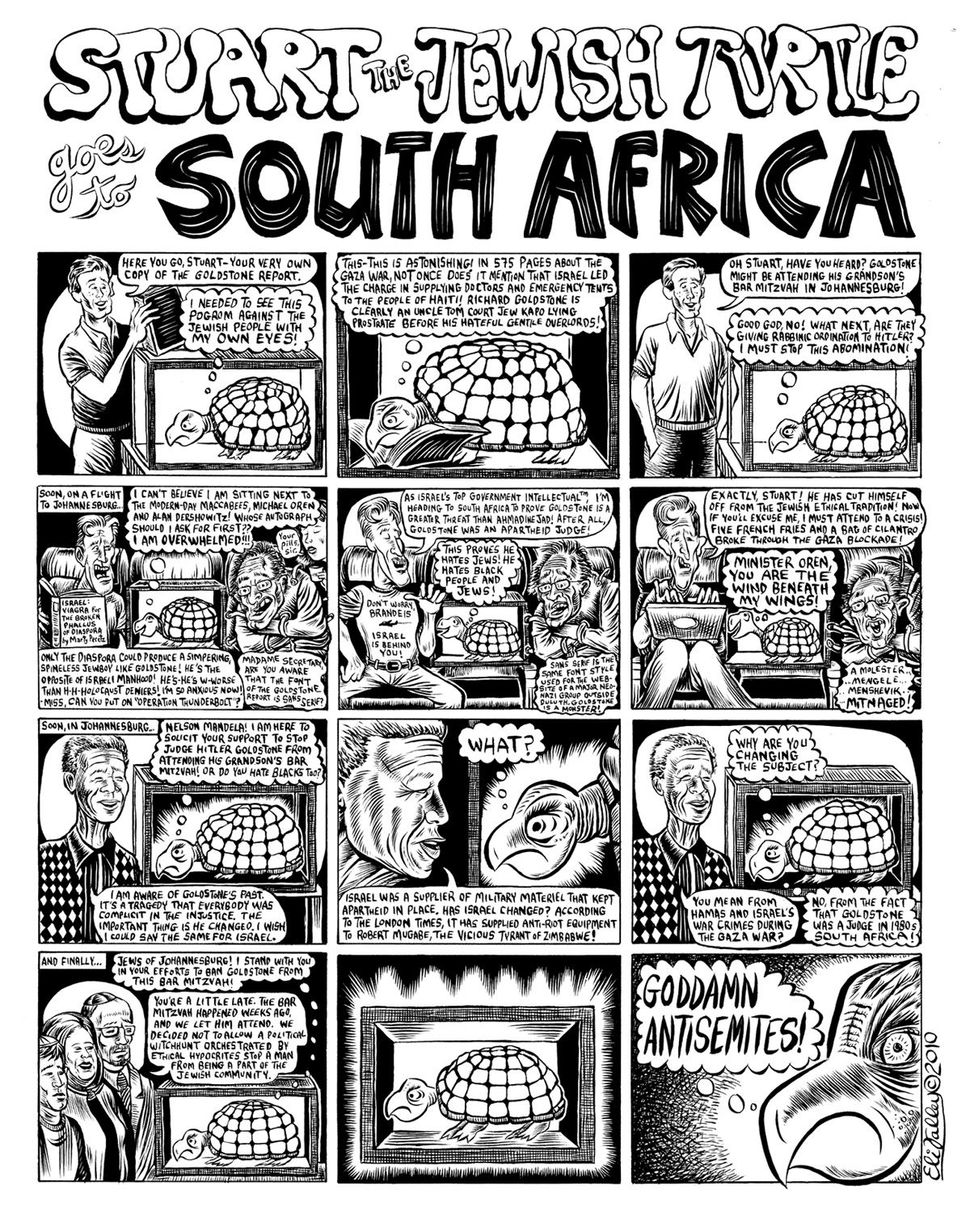 The World Cup may have focused the world’s attention on South Africa, but when cartoonist Eli Valley’s angry protagonist, Stuart the Jewish Turtle, hops a plane to Johannesburg, it’s not to see the games. Stuart’s gone on a mission to stop Judge Goldstone from attending his grandson’s bar mitzvah, and he meets Michael Oren, Alan Dershowitz and Nelson Mandela along the way. 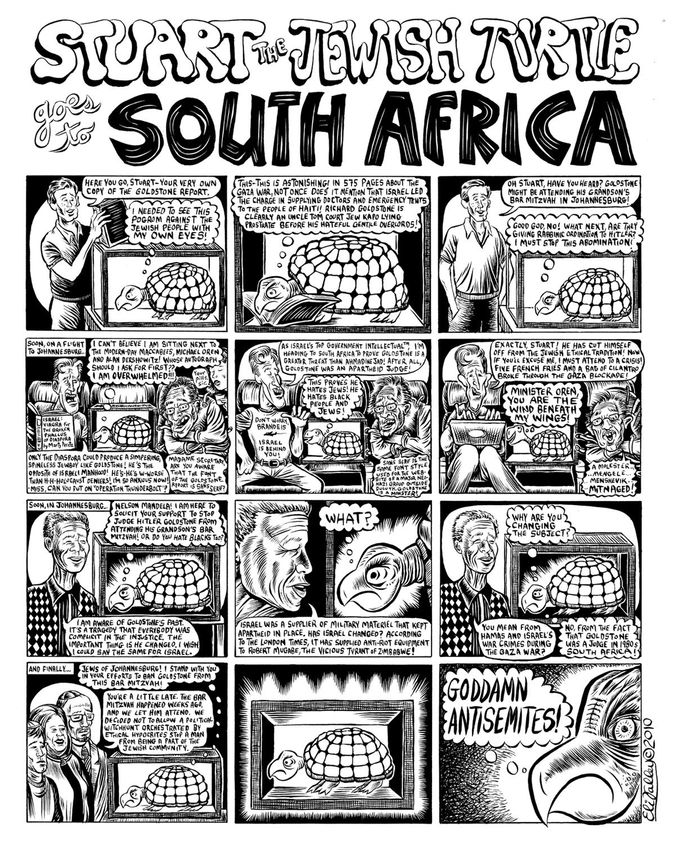 Click on the thumbnail to the right for a larger version:

Eli Valley is finishing his first novel. His column, “Comics Rescued From a Burning Synagogue in Bialystok and Hidden in a Salt Mine Until After the War,” appears monthly in the Forward. His Web site is www.evcomics.com.