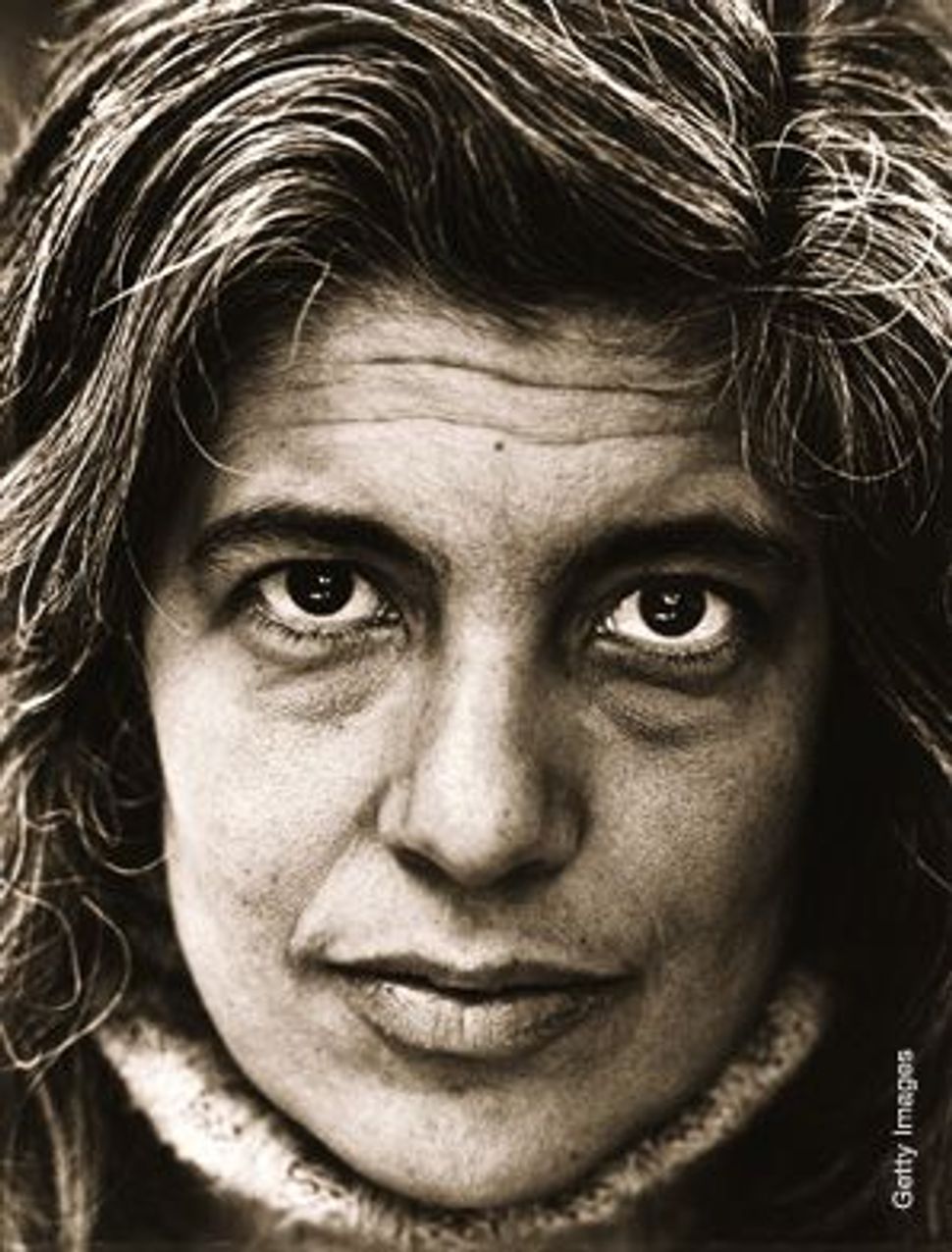 Sontag: The famed writer died in December 2004 after a battle with myelodysplastic syndrome, or MDS.

Swimming in a Sea of Death: A Son’s Memoir 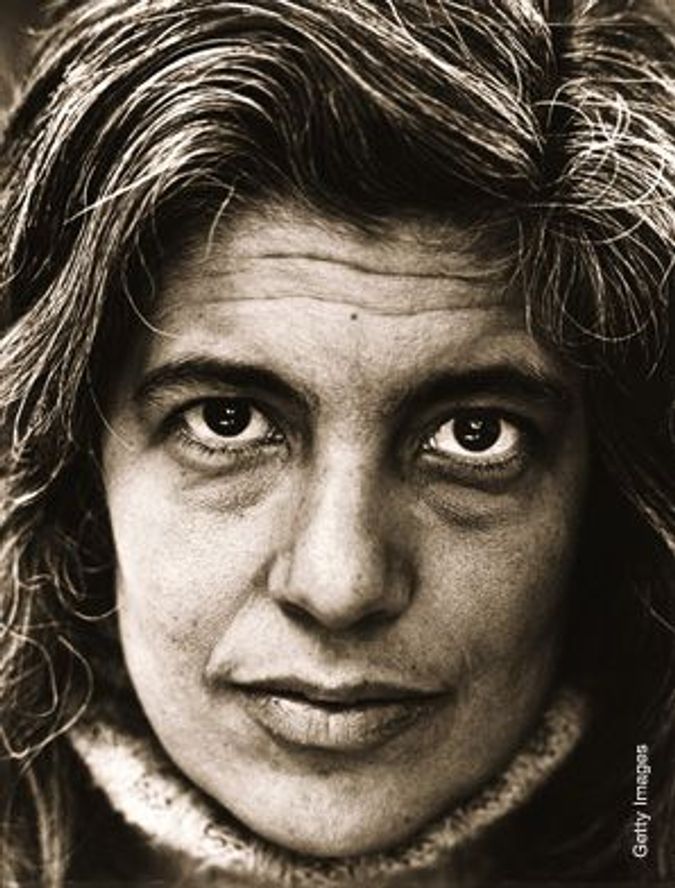 Sontag: The famed writer died in December 2004 after a battle with myelodysplastic syndrome, or MDS.

David Rieff, the only son of sociologist Philip Rieff and writer Susan Sontag, has written a memoir about his mother’s death, in December 2004, of complications from myelodysplastic syndrome, commonly known as MDS. Sontag, among the most lucid 20th-century American intellectuals, if also a queen of “hip posturing” (Harold Bloom’s expression) and a “sanctimonious moralist” (Camille Paglia’s) — famously reflected on illness as a metaphor (in 1978), on the spectacle of the AIDS epidemic (in 1988), and on torture in the Abu Ghraib prison and the impact of photographs about pain in the collective consciousness (in 2003).

Rieff’s elegy is, alas, short on the sort of probing, incisive writing that was his mother’s trademark. Made up of nine chapters and an epilogue, it starts with his learning, while on his way back from a trip to the West Bank to interview Yasser Arafat, that his mother has been diagnosed, once again, with cancer. Upon returning to New York, Rieff accompanies Sontag to Dr. A., “a large man with an outsized (and to me overbearing) manner to fit his girth,” who tells her, while Rieff is at her side, how dire the prognosis is. What follows is a meditation on the guilt and frustration that overcome those attached to one who falls ill — of how such friends and relatives are forced into the role of Virgil in a journey for which they are ultimately unprepared. Rieff visits his mother periodically. He seeks ways to alleviate her suffering, while witnessing her refusal — essential, unwavering — to accept death as an option.

On the Internet, through phone calls and in conversation with other patients, Sontag spends endless hours informing herself about MDS. She had successfully defeated cancer before and is determined to defeat it again. The problem: MDS is a particularly lethal strain not fully understood by medical professionals. A rationalist to the core, she rejected alternative medicine but embraced a bone marrow transplant. In the end, Sontag died fighting. Rieff describes her throughout as a unique woman who, in her final days, wanted to treat every minute she had as if it were her last. She talks of having wasted too much time and energy on needless projects, how she would have liked to write more fiction and, in general, of the feeling that she had not fulfilled her own aspirations. “My mother came to being ill imbued with a profound sense of being an exception to every rule,” Rieff writes.

It’s a pity, but “Swimming in a Sea of Death” reads like a cut-and-paste job. It feels half-baked, as if Rieff had been persuaded by some book editor to extend his thoughts beyond the confines of an essay, which is the mode he usually prefers in his journalistic pieces for The New Republic, Foreign Affairs and other publications. The reader is left perplexed, disengaged, apathetic even. The mother/son relationship is never explored. Rieff concentrates on Sontag’s final eight months, deliberately avoiding reference to the nature of the past love between his mother and him. Were they close at any point? Sontag appears to have been a social creature, often at the expense of her family. Such remoteness must have left a scar. It seems odd to write a book about the death of one’s mother and not consider the past, and yet that is precisely what Rieff has done.

The narrative is filled with false starts. Rieff seasons his chapters with obsequious quotes — from Abba Kovner, César Vallejo, Bertolt Brecht, Czeslaw Milosz — that are never amalgamated into his disquisition. He launches indirect attacks (or what feel like attacks) at photographer Annie Leibovitz (Sontag’s longtime partner) and other Sontag acquaintances (some of which he describes as New Age-y), emphasizing his viewpoint as an outsider of his mother’s agony. And he doesn’t utter a single word about his father’s death (Philip Rieff died in 2006), as if David Rieff becoming an orphan twice over hadn’t occurred in the space of two years.

Perhaps more disquieting is Rieff’s portrait of himself. It’s not that he’s dishonest. He paints himself as clumsy, numb and inarticulate when it comes to expressing emotions, and he describes his mother along the same lines. And yet his memoir purports to be an exploration of the emotional life of those surrounding the terminally ill. This contradiction is absurd. It makes Rieff look like a leech, using Sontag’s fame as an excuse to write about her. Did he need such an excuse? Most, if not all, of his oeuvre is about international diplomacy and the hypocrisy of the West in times of war, although he has written about Los Angeles, Miami and immigration, too. He should have stopped at being a witness. The role of chronicler required more.

Rieff’s central argument, one I’m not sure he fully understands, is that Sontag talked about the suffering of others in eloquent fashion (or maybe as a fashion) but couldn’t figure out how to recognize her own finitude. She used her illness to perform in front of others, inviting people to rethink the role of death in our culture. But she couldn’t rethink her own death in less theatrical, more meaningful ways. Sontag’s arrogance got the better of her. Her hyper-intellectual persona made her feel invulnerable. But death cannot be cooped.

Ilan Stavans is the Lewis-Sebring professor in Latin American and Latino culture at Amherst College. His graphic novel “Mr. Spic Goes to Washington” (Soft Skull; illustrations by Roberto Weil) is scheduled for May. His book “Resurrecting Hebrew” (Nextbook/Schocken) will be published in September.