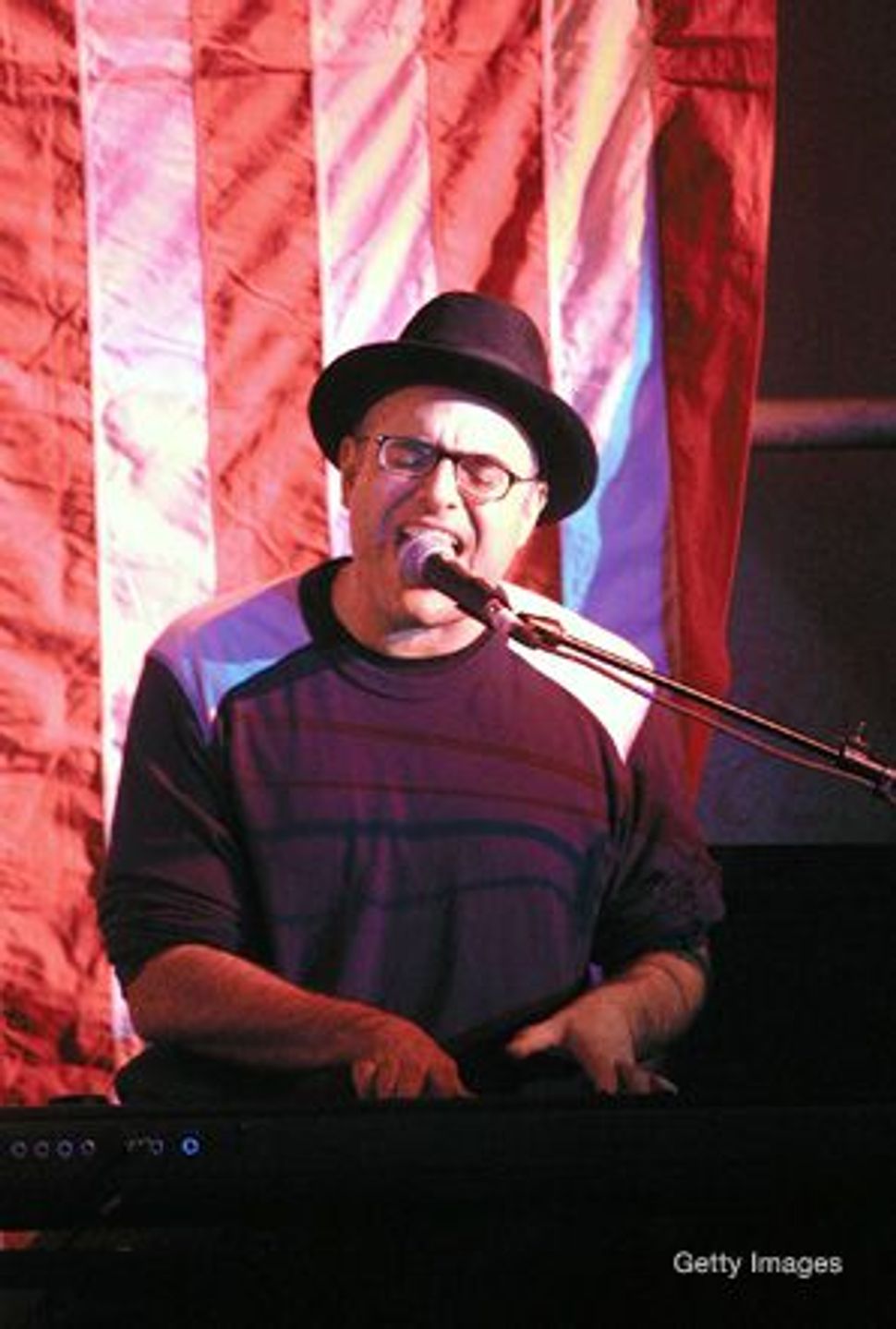 Yazbek: The composer, who won accolades for his work on Broadway, has just released his latest pop record.

David Yazbek, the acclaimed composer and pianist, is no stranger to accolades and notoriety. His work on the Broadway musicals “The Full Monty” and “Dirty Rotten Scoundrels” has earned him two Tony nominations (“Two Time Tony Award Loser!” his Web site proclaims); he’s won an Emmy for his comedy writing on “Late Show With David Letterman,” and he’s even garnered a Grammy nod as a record producer. It’s a bit surprising, then, that Yazbek’s other career as a pop singer-songwriter has gone relatively unnoticed. His previous pop records, all independently released, have attracted little attention outside a small cultish following. 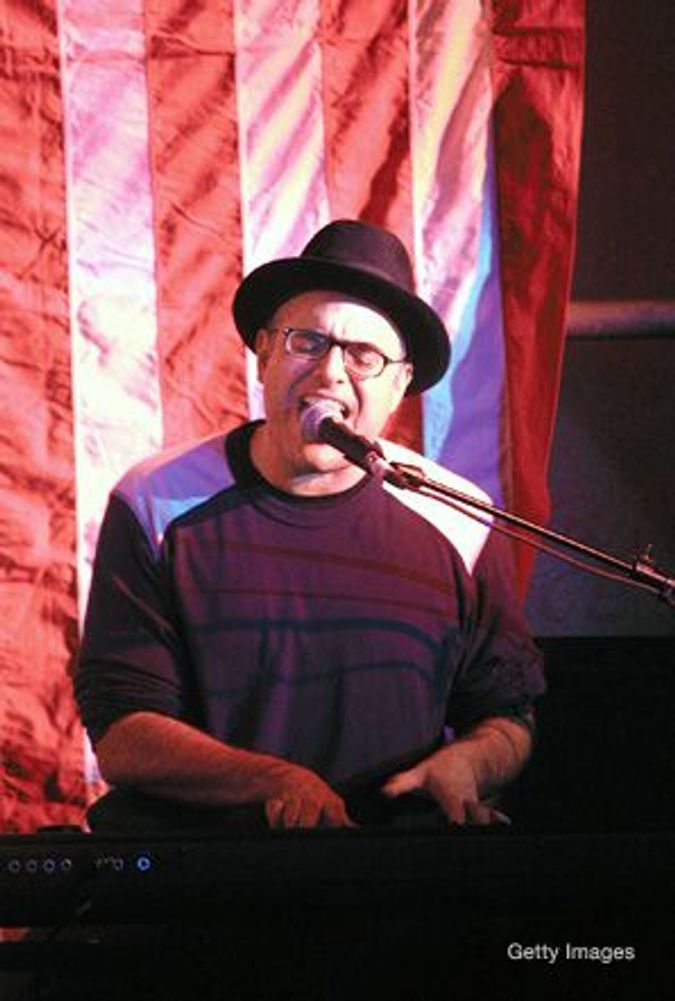 Yazbek: The composer, who won accolades for his work on Broadway, has just released his latest pop record.

“Evil Monkey Man” was supposed to be the record that changed all that. Yazbek’s new album on Ghostlight Records, it is a somber and reflective affair that was written largely in the wake of his mother’s death. While previous outings boasted a quirky, though highly sophisticated, brand of melodic and campy rock, “Evil Monkey Man” takes a more serious approach and doesn’t hide its grandiose ambitions.

The album’s predecessors, like 1998’s “Tock” and 2001’s “Damascus,” both released on the independent What Are Records? label, have come to typify Yazbek’s zany approach to pop songwriting. Those albums were imbued with free-wheeling narratives, charming observational lyrics and clever arrangements that showcased his considerable studio skills. Yazbek’s offbeat comedy dominated, and his theatrical orientation flourished. His use of Jewish-oriented humor, in particular, was highly effective on such tracks as “Sandy Koufax,” which hilariously posed the age-old questions: “Is it good for baseball? Is it good for the Jews?”

“Evil Monkey Man,” on the other hand, deals largely with matters of life, death, yearning and loss. Indeed, Yazbek, who is half-Jewish and half-Arab, seems almost obsessed with tackling weighty questions — to the exclusion of the more whimsical material that first endeared him to his small but fervent group of fans.

But it’s no use lamenting an artist’s progression, though we’re certainly not obligated to endorse it. In this case, Yazbek’s move to a more solemn mood has him abandoning his strengths. The skills of a Broadway composer generally translate best to playful and adventurous material, and the more serious-minded pop and rock material mined on his latest album finds him a bit out of his element.

Indeed, “Evil Monkey Man” has a theatrical aesthetic that keeps it from succeeding as a pop record. Yazbek’s vocal production is suitable for a cast recording, not an indie-pop LP. And his piano voicings frequently sound too, well, Broadway. The album’s highlight, in fact, turns out to be its lone cover, a heart-wrenching version of Haven Gillespie and Beasley Smith’s country standard “That Lucky Old Sun.”

“I think what got me about it is that the guy can’t find relief from his hard-working, unappreciated life,” Yazbek writes in the press materials, “and he doesn’t know it, but he’s considering suicide.”

While it’s unclear whether the song’s protagonist is actually contemplating taking his own life, “That Lucky Old Sun” is undeniably a beautiful and deeply moving song. Yazbek’s version is superb, stark and straightforward, but the fact that it’s not his song is significant. He’s mastered the art of the Broadway musical, but he can’t quite manage to compose a three-minute pop song with the same success.

Yazbek’s darker approach to songwriting isn’t the only misguided change on “Evil Monkey Man.” The new record finds him abandoning the layered multi-tracking approach of his previous records. Indeed, it was recorded mostly live in the studio with his longtime band, His Warmest Regards. But instead of giving the record a looser, less studied sound, the more organic production philosophy results only in tracks that feel muddled, laborious and often repetitive.

That’s not to say the album’s not worthwhile. There’s a lot to enjoy here, including Yazbek’s seemingly endless well of expertly crafted melodies and his flair for finding absurdity in the ordinary. Tracks like “Never Get Out of This,” a touching commentary on the futility of running from the inevitable, and “Steps of Another Man’s House,” a gut-wrenching rumination on pain and longing, have a beauty and pleasing simplicity that transcend much of his earlier work. Even the humor of previous albums is present at times, but it’s transformed and stripped of bravado, manifested largely as a coping mechanism.

While a flawed record, “Evil Monkey Man” is indicative of the artist’s insistence on continuing to expand the boundaries of his work. Yazbek is a tremendous talent, and his Broadway compositions famously push the envelope with their originality and ingenuity. But the savviest innovators know not to meddle with a great formula, and it’s that kind of unfortunate interference that ultimately sinks Yazbek’s latest effort.

Matt Gewolb, a lawyer and writer, is a frequent commentator on music, popular culture and politics.