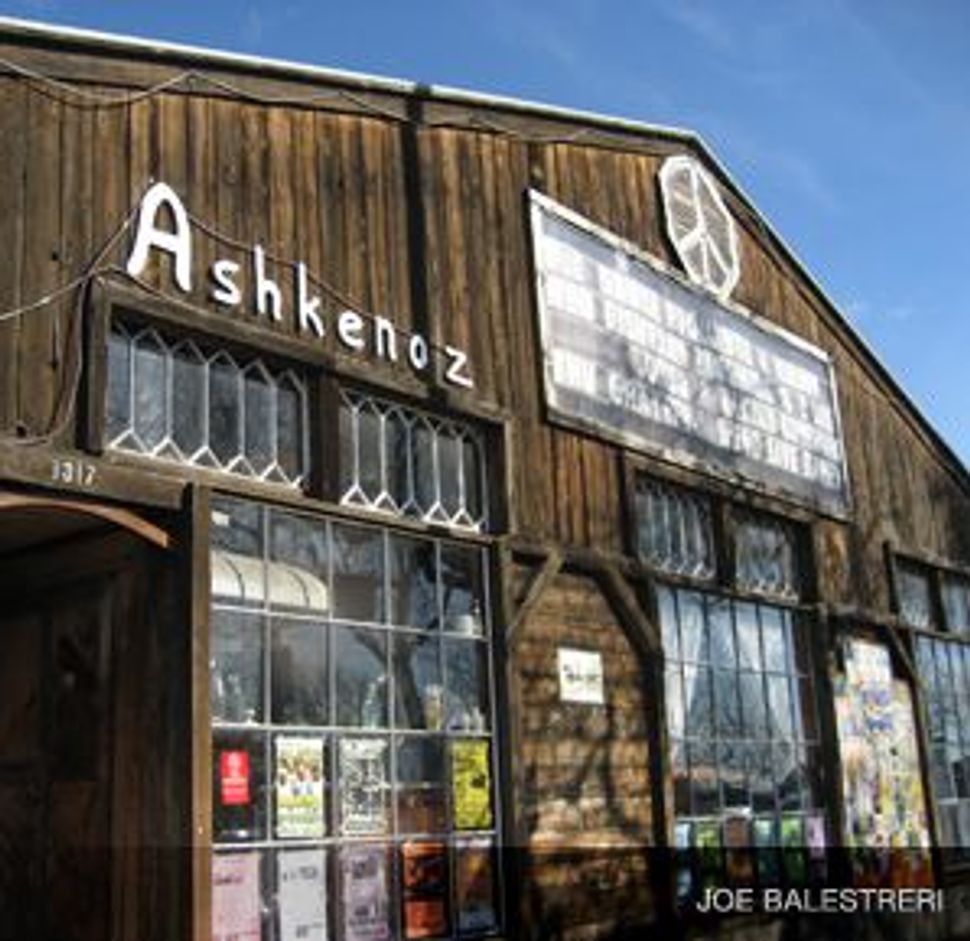 Far Out: The Ashkenaz Music & Dance Community Center in Berkley, Calif., was built to evoke the wooden synagogues of Poland and Lithuania.

On March 20, Purim will be celebrated in Ashkenaz. 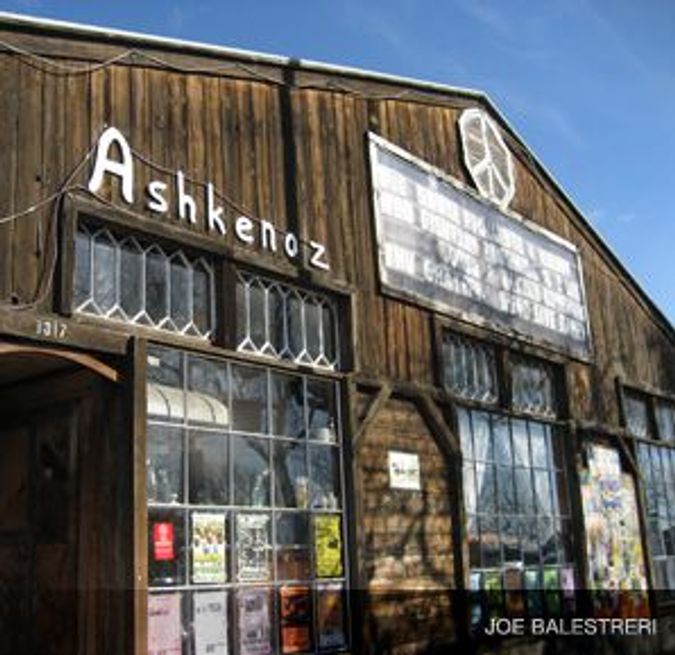 Far Out: The Ashkenaz Music & Dance Community Center in Berkley, Calif., was built to evoke the wooden synagogues of Poland and Lithuania.

This Ashkenaz, however, refers not to the Jewish communities of Central and Eastern Europe but to a performance space in Berkeley, Calif., named Ashkenaz Music & Dance Community Center. This year, the festival of Esther and Mordechai will be celebrated there with a party featuring Shivat Zion, a reggae band based in the Bay Area.

The event, like others at the space, will surely carry its weight, but half — if not more — of the attraction is the center itself, a small structure on San Pablo Avenue built to evoke the wooden synagogues of Poland and Lithuania. Unlike these original Eastern European buildings today, Ashkenaz is busy with foot traffic — and not all of it Jewish.

The center was founded in 1973 by a Los Angeles native named David Nadel, who sought to create a community space where visiting artists and musicians could teach folk dancing from all over the world. Nadel grew up in an assimilated Jewish home, but one in which the history and culture of Eastern European Jews formed one foundation of his radical politics. (His grandfather, who is remembered as having organized against the tsar, hailed from Brest-Litovsk — which, as a principal city on the Berlin-Moscow railway, was a crossroads of culture itself.) The space is 5,000 square feet, with a stage on one end, a dance studio in the rear and a vegetarian café whose details suggest the gable of a small synagogue. Archways throughout call to mind the chupah, or wedding canopy. Along the walls of the largest room, political and music posters abound, referencing conflicts and sounds in the Middle East, Ireland and Latin America. In the hallways, world maps and community bulletin boards inform visitors of community potlucks and global struggles. A small photo of a wooden synagogue in Przedbórz, near Lodz, Poland, is displayed, alongside a few other examples of Ashkenazic synagogues and a thick photo album of Ashkenaz’s past events.

In 1996, a disruptive customer who returned to the club with a gun after being ejected murdered Nadel. The founder’s former living quarters, which are tucked into a labyrinthine garret above the club, are now used as offices.

“David started Ashkenaz because of his love for folk dancing, especially from East Europe and the Balkans,” said Larry Dekker, executive director of the performance space. “He envisioned a place where people from all walks of life could learn as well as listen.”

According to friends, Nadel was inspired by the People’s Park, which is situated between Haste Street and Dwight Way. In 1969, after almost 14 years of legal limbo and plans to build a parking lot or ball field on the land, residents, students and business owners cleared the muddy, garbage-strewn lot adjacent to the University of California, Berkeley, and planted trees. In a short time, the grassy expanse became a refuge for flower children and the homeless. Less than a month later, 250 California Highway Patrol and Berkeley police officers entered the park. In the course of a couple hours, a chain-link fence was erected around its perimeter in order to prevent the further transformation of People’s Park into a settlement for the homeless and hippies, and for the freshly planted vegetation that surrounded them. Decades later, President Reagan, who saw in the park a leftist challenge to the property rights of the university, favored sending in the National Guard to prevent more disturbances. “If there has to be a bloodbath, then let’s get it over with,” he said, according to the San Francisco Chronicle.

For Nadel, the events at People’s Park were a formative catalyst to the creation of his community center, where the musical traditions of disparate cultures could coexist.

“David’s main goal was to be inclusive, it wasn’t necessarily about being Jewish, as much as it was about being conscious that at Ashkenaz, cultures from all over the world could be brought together without conflict,” Dekker said. “I’m told he was Jewishly identified but he was not religious.” In fact, Nadel is remembered for his trademark political observations. “You can just imagine him behind that microphone, pontificating,” Dekker continued. “He was very political. I would say left of left.”

Nadel was at once supportive of Jewish culture and critical of Israeli policies. In the past, he expressed opinions, and in one of them he called the Israeli government’s policies toward the Palestinians “vicious and fascist.” Nadel’s pronouncement was met with calls for a boycott of his club by a certain section of the Berkeley Jewish community. Ashkenaz has held communal events for two Berkeley Jewish religious communities.

Today, Ashkenaz continues to book events with a Jewish focus, including klezmer concerts and workshops, Israeli dancing classes and events celebrating Jewish holidays. While there is no structured bond between Ashkenaz and Berkeley’s established Jewish communities, individual members have held life-cycle events there for years.

True to Nadel’s philosophy, the club has continued its mission of inclusiveness. As a registered not-for-profit, its managers are able to keep ticket prices low while at the same time collecting donations from longtime supporters, and they are expanding the space’s reach into territory that would bring a smile to its founder’s face.

“The Bay Area is increasingly an immigrant community.” Dekker said. “Today, Ashkenaz is a combination of local and nonlocal, from touring African musicians to homegrown Cajun, zydeco, klezmer and swing.” With a tapestry of language, music and politics characterizing any given night under its wooden roof, Ashkenaz seems a fitting name.