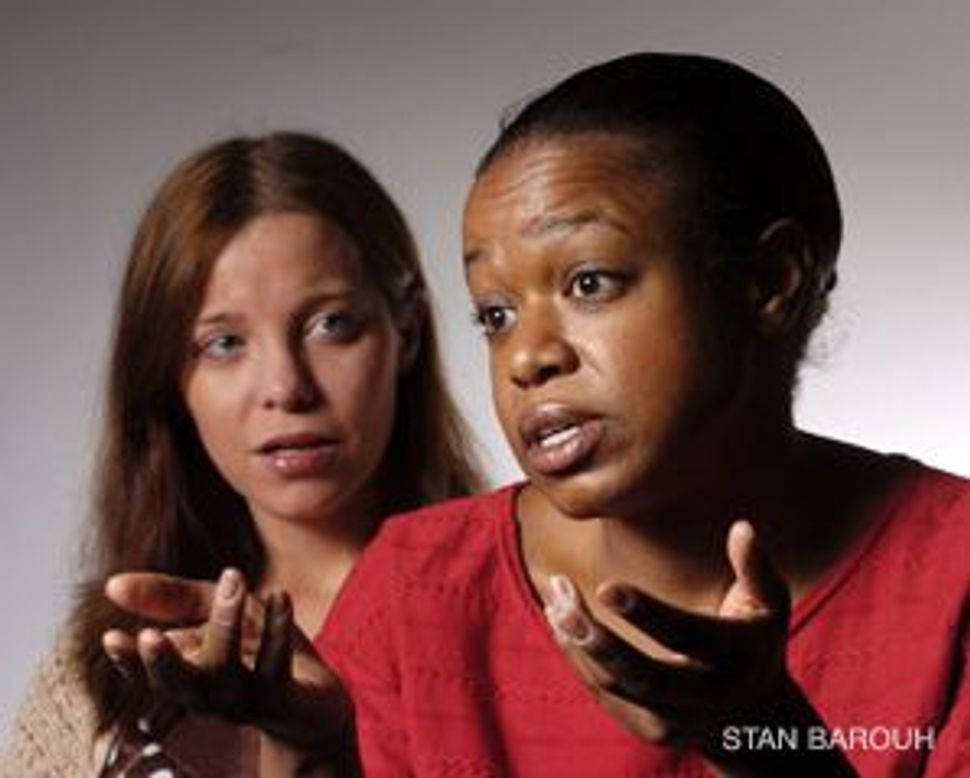 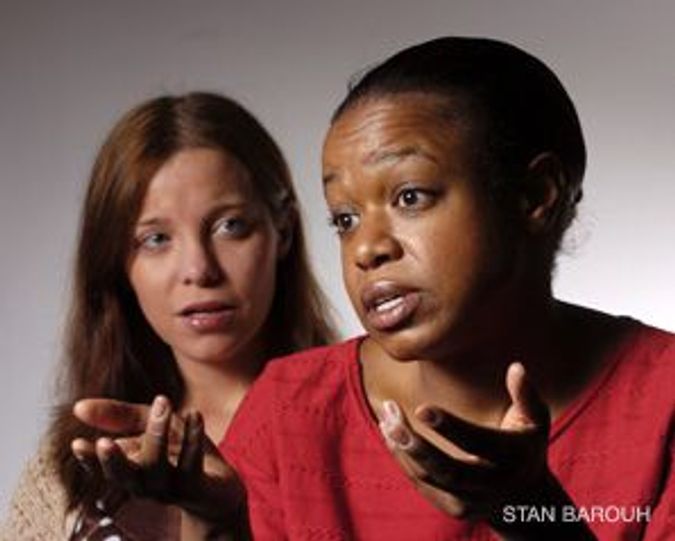 It’s provocative and unflinching in its representation of a specific Jewish community as materialistic, close-minded, insular to a fault. Granted, among Adjmi’s other produced works — “The Evildoers,” which packed up a run at Yale Repertory Theatre this past month, and “Elective Affinities,” his meditation following the attacks of September 11, 2001 — his latest has some pointed laughs. But it’s his lurid look at the moral imperatives that inform life and relationships, and his characters who more often than not come out looking ugly, grasping, selfish, that make Adjmi particularly nervous this time.

But “Stunning,” his memory play woven from experiences growing up in Brooklyn’s Syrian-Jewish community, has him tied up in knots. “This is a play about my background,” he said in a recent interview with the Forward. “It is terrifyingly — and sometimes ludicrously — autobiographical. It is about where I come from and about a community — Syrian/Sephardic/American/Jewish/whatever — that is truly marginalized and not really represented in the mainstream media or otherwise.”

The world-premiere production runs through April 6 at Washington, D.C.’s hip, of-the-moment Woolly Mammoth Theatre Company, where edginess is its raison d’être. The company, located in the burgeoning downtown arts-and-entertainment district, has been tagged the city’s most daring in a town known for its not-for-profit theater scene. In “Stunning,” one of five works Adjmi wrote following a bout with writer’s block, a simple but spoiled 16-year-old, Lily, has recently married Ike, an older businessman. Her encounter with a new African American maid disrupts the equilibrium of the household, as Lily begins to learn about life outside her cloistered and status-conscious community.

The synopsis, Adjmi agrees, sounds straightforward enough; in different hands it might have been a sitcom. Indeed, the work is riotously funny — what with the broad and thick Brooklyn accents, a gum-cracking teenage wife and her poker-playing, fashion- and status-conscious friends, and the macho, backroom-dealing men of the clan. Tensions escalate as Lily, who knows plenty about collagen and French manicures, discovers feminism, literary theory and life outside Brooklyn, where Ocean Parkway serves as the enclave’s middle-class Champs-Élysées.

But the play has a serious message, one that Adjmi hopes will not be obscured by the stereotypes portrayed. “One of my fears is that people will say these characters are just dreadful, cartoonish, and they aren’t,” he said. “There’s truth to those stereotypes. If you look at the more extreme swaths of the [Syrian Jewish] culture, it’s very material driven.”

Adjmi knows from what he speaks. Today, more than 75,000 Syrian Jews live packed into a small area in Brooklyn, from Avenue I to Avenue V, along the intersection of Kings Highway and Ocean Parkway. Many, like Adjmi, are children and grandchildren of immigrants, some of whom built mega-successful retail and import/export businesses in the consumer electronics and apparel industries. They are encouraged to marry within the group and to work in family-run businesses. Adjmi’s mother claims “Crazy Eddie” Antar, who hawked budget-priced VCRs and televisions with low-budget, high-strung commercials back in the day, as a cousin.

Before Adjmi was born, his Brooklyn-born parents set up a general merchandise store in Nashville, Tenn; however, they soon gravitated back to the Brooklyn enclave they sorely missed. Returning brought a new set of complications.

“When we moved back to New York, my dad’s new businesses didn’t do well and we were very much lower-middle class. I was on all sorts of financial aid at the [yeshiva], and I couldn’t dress as well as the other kids. One kid said to me, ‘Why do you dress like poverty?’ In fourth grade that was scary.”

The youngest child, Adjmi says he was the “designated Jew” in the family. “I was sent to a yeshiva, and my siblings were not,” he explained. “My family wasn’t Orthodox. We didn’t really even honor Shabbat.”

Storytelling, even as a child, helped him maintain equilibrium: “I gravitated to theater, because I made everything up,” he said. “At the yeshiva, I was with children of rabbis who all knew these things and I didn’t. So I felt I had to make things up, [because] I never believed in these biblical things we learned. I just thought they were stories, and I would pretend it was a theatrical thing.”

Today Adjmi’s voice is hailed among a cohort of younger, edgier American playwrights, many Jewish, including Nina Beeber, Mickey Birnbaum, Mark Medoff and Richard Greenberg. “Reading the play as a secular Jew,” said Howard Shalwitz, artistic director of the Woolly Mammoth Theatre Company, “makes me think about what it means… because the Syrian-Jewish community has thrived, prospered and grown but the general Jewish population hasn’t. Here you have a community that’s made an extreme choice to essentially separate itself [when] most immigrant groups find a comfortable meeting point between the impulses to protect, to maintain, to grow, to prosper. That in this instance they don’t, I find this very, very provocative.”

And that word, “provocative,” worries Adjmi, for though he left Brooklyn behind, he still misses aspects of his insular childhood community, and even today worries about upsetting the equilibrium of the place. There’s a sense of poignancy on Adjmi’s face as he recollects the time he spent back in the old neighborhood, writing this play at his mother’s house. “Stunning,” for all its dysfunction and provocation, its excess and crass characters, is entwined with his Syrian-Jewish experience. And Brooklyn? It still represents home for the writer. That, finally, Adjmi said, “made me really sad and nostalgic. There’s something so amazing about this beautiful, tight-knit community. Everybody does care for you and really knows you.”