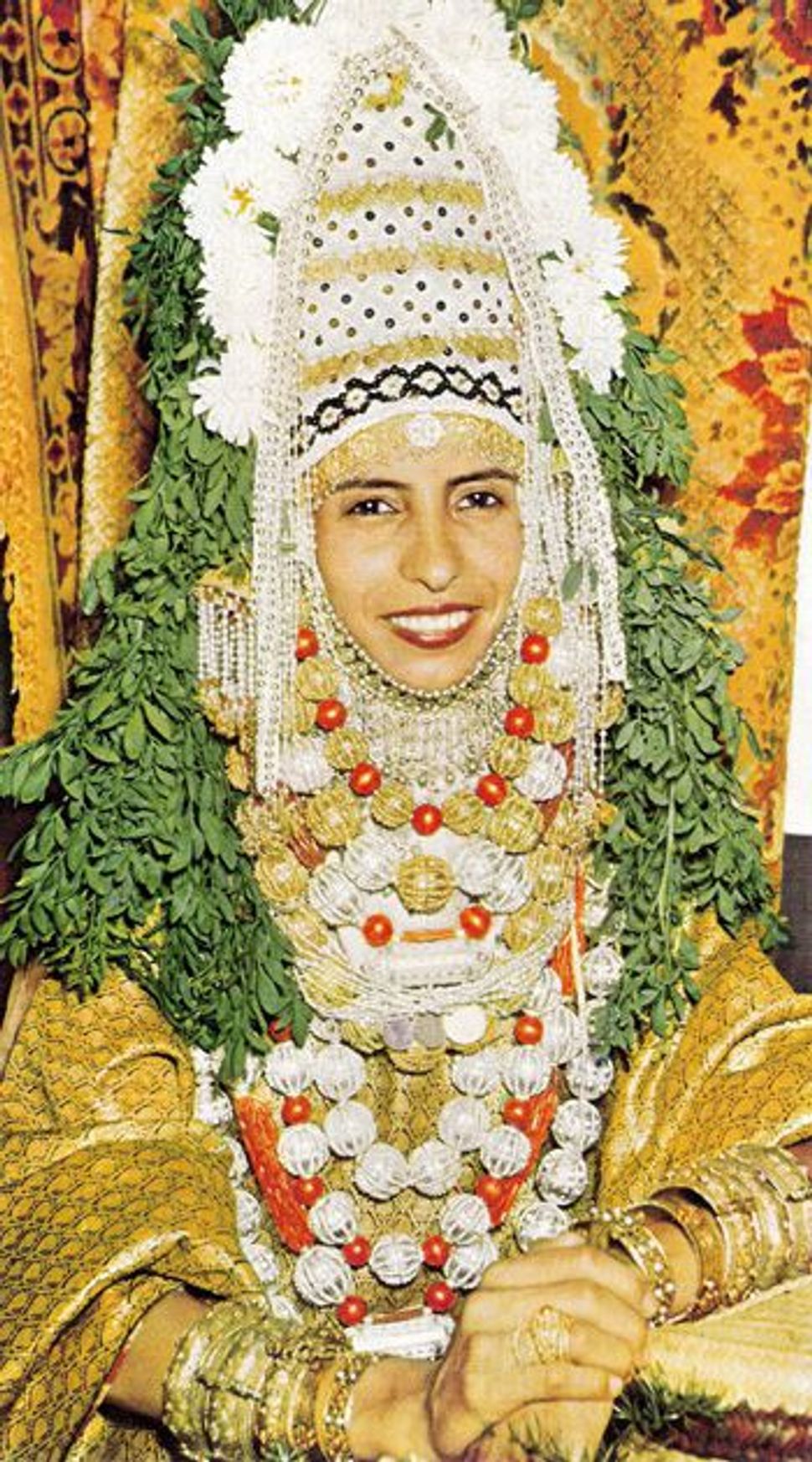 Every so often, I’m seized by the compulsion to clean out my overpopulated drawers and closets and to dispose of all the stuff that I’ve accumulated over the years. Usually that compulsion passes quickly, but not this time: I was determined to deaccession. The process, though, was a halting and incomplete one, for no sooner did I come across a particular object destined for the dustbin than I was stopped dead in my tracks by the memories and associations it conjured up. One item in particular, a white smock heavily trimmed in what we used to call “Yemenite embroidery,” really grabbed me, derailing my efforts. 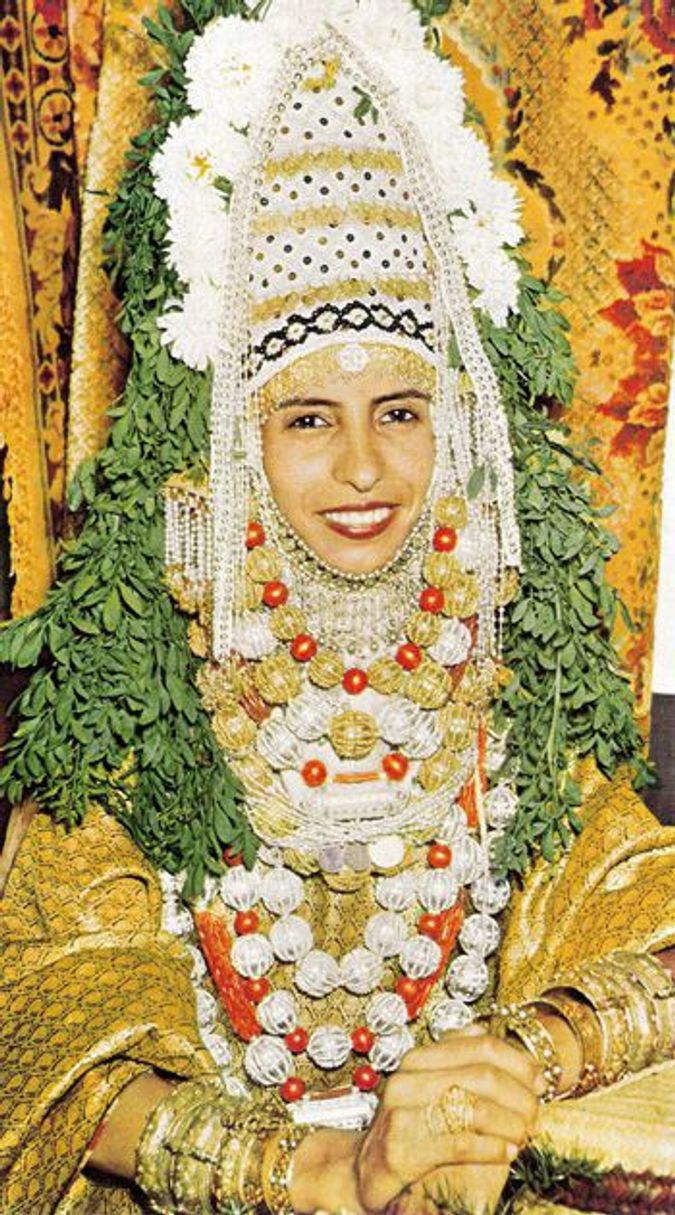 I no longer recall when or even how I came by this article of clothing. On a family trip to Israel, perhaps? And I strongly doubt that I ever wore it more than once — at summer camp, performing in a program of modern Israeli dance. And yet, for some reason, I held on to this garment when, by all rights, I should have tossed it long ago. Something, apparently, stayed my hand, and, I have to confess, something was staying my hand at the present moment, as well. But what? Was there some special story behind the blouse?

Eager to get to the bottom of this sartorial puzzle, I plied family members with all sorts of questions about the garment’s provenance, but came up empty-handed; they were as mystified as I. In hopes of unearthing a clue or two, I then turned, as I often do, to the historical record. As it turned out, mine was hardly the only American Jewish family to have a Yemenite blouse in its closet.

Heavily marketed to the tourist trade by the Women’s International Zionist Organization (WIZO) and by Maskit, a cultural venture launched in the 1950s to promote Israeli handicrafts, items like this one, along with embroidered tablecloths and matching napkins, filigreed necklaces, bracelets and rings festooned with Eilat stone or bits of Roman glass, were a dime a dozen during the 1960s and ’70s. Rare was the tourist who left for home without one of these souvenirs in her suitcase.

At the forefront of efforts to fashion an Israeli visual and material culture, WIZO and Maskit, the latter of which was for years presided over by the redoubtable Ruth Dayan, actively encouraged the maintenance and preservation of traditional Yemenite crafts. Drawing on a pre-state tradition of endowing Yemenite Jews with an aura of unimpeachable historical integrity — in many quarters, they were believed to be as close as one could get in the 20th century to the Jews of the Bible — these two women’s groups hoped that the Yemenites’ way with a needle and a silversmith’s tools would spark a national revival of handicrafts.

Toward that end, WIZO and Maskit established a series of vocational training programs for Yemenite women, developed cottage industries to produce Yemenite crafts, and created a number of smartly outfitted retail outlets where both locals and tourists could purchase a wide array of indigenous products. Their campaign paid off. Within a couple of years, Israeli folk arts were so widely conflated with Yemenite folk arts that the latter stopped being Yemenite and became Israeli, through and through.

Back in the States, meanwhile, Hadassah, the Women’s Zionist Organization of America, also made a point of championing an Israeli aesthetic. Throughout the 1950s and early ’60s, no annual convention was complete without a fashion show that featured the work of students from the Fashion Institute of the Alice Seligsberg Trade School for Girls, in Jerusalem, which Hadassah sponsored.

Though a smartly tailored winter coat was called “Mimosa,” while a strapless taffeta evening gown was advertised as the “Nightingale” — names that offered no hint whatsoever of their Israeli origins — much was made, in fact, of the “Oriental” and “exotic” nature of the designs and of the cultural forces that inspired them in the first place. The clothes produced by the Fashion Institute, the Hadassah Newsletter trumpeted in 1951, effortlessly combined the “graceful sumptuousness of Eastern dress with the practical garb of the West,” and reflected the handiwork of Yemenite Jews who, painstakingly, “made use of motifs handed down for generations.”

Over the years, we’ve come to understand how, in the process of harnessing a traditional aesthetic to the fashioning of strapless gowns and modernistic jewelry, that idiom was irrevocably transformed. Embroidered yokes adorned dresses whose palette, much less silhouette, was a far cry from that characteristic of traditional Yemenite costume, while Eilat stone replaced the traditional use of rubies and coral.

What’s more, the meaning of these objects also shifted dramatically. What was once the stuff of a dowry now became an isolated piece of costume jewelry, its value bound up with its visual appeal, not its cultural meaning. More pointedly still, we’ve belatedly come to realize that the national experiment in cultural regeneration was not one of mutual exchange, but of asymmetry in which Yemenite craftsmen were never fully acknowledged as equal partners.

Under the circumstances, it’s a bit of a stretch to characterize the work of WIZO and Maskit as entirely innocent and affirming. Even so, I want very much to believe that there was something hopeful and well intentioned, even noble, in their respective efforts to promote Yemenite handicrafts as the face of a resolutely new Israel. I suppose that’s why I held on to my little white smock with its heavy bands of stitching for so long, and why I’m not about to ditch it anytime soon. For me, it’s a poignant reminder of a time when ‘Made in Israel’ stood for promise and the start of a brand-new day.