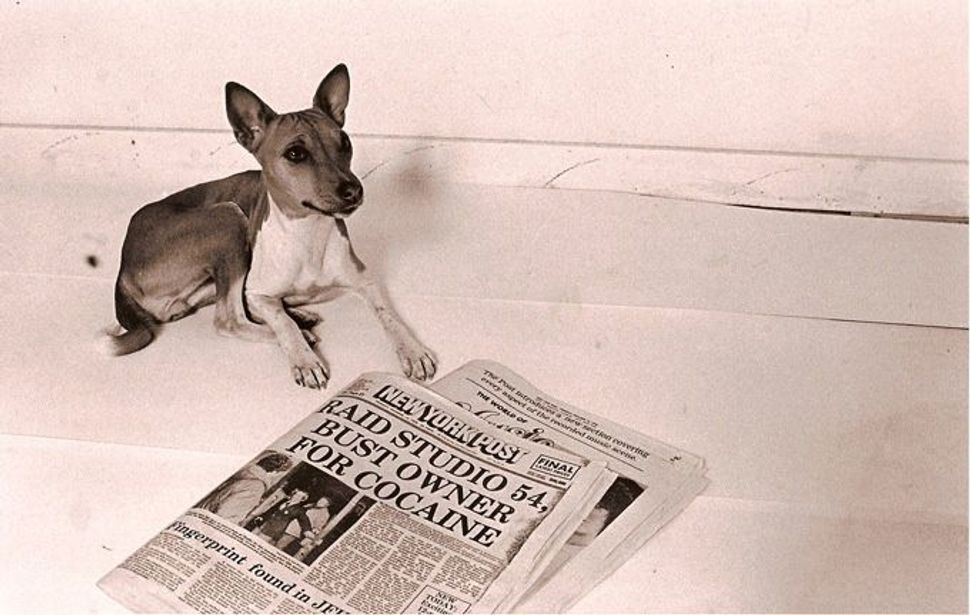 ?dog?: The headline is self- explanatory, the newspaper insert reads: ?The Post intro- duces a new section covering every aspect of the recorded music scene.? [click for larger view] Image by Chris Stein 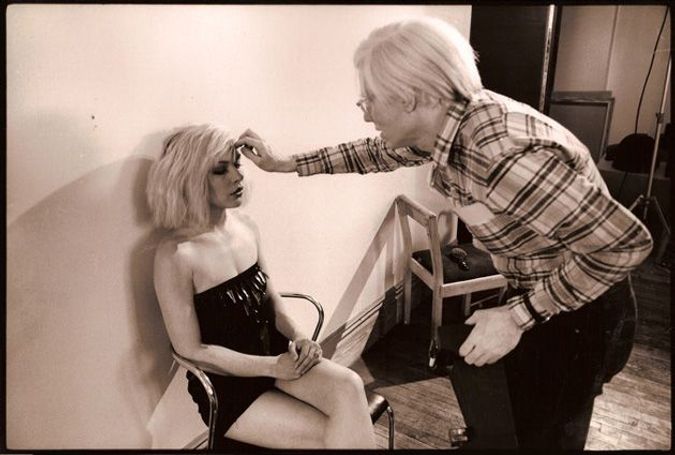 Chris Stein, founding member with Debbie Harry of the musical group Blondie, wants to publish a photo book about New York’s punk rock scene. “It will have all the dead people and everything,” Stein said from his home near Woodstock, N.Y. “I have a picture of Anthony Kiedis” — the very much alive lead vocalist of Red Hot Chili Peppers — “when he was 12 years old, with his father, Blackie. I have a picture of [Dead Boys frontman] Stiv Bators, weeks before he died.”

Stein, songwriter and Blondie lead guitarist throughout the band’s on-and-off 30-year history, has taken thousands of photographs, capturing life backstage, on the road, and hanging out with an eclectic bunch of artists and musicians. Just as the publication of “Beat Memories” this past May revealed that Allen Ginsberg had a gift for photography, so Stein’s own photo archive reveals a passion for the lens. After Blondie releases its ninth album, “Panic of Girls,” this summer — the band’s first record in seven years — Stein intends to begin sorting through negatives and digital images he keeps on slides and hard drives at his home. He estimates that he has enough to publish three books: one about Gotham’s punk scene; one about the Swiss surrealist H.R. Giger, whom Stein has visited a number of times, and one featuring the many guises of Blondie singer Harry.

Stein’s photography, along with his Jewish heritage, has been hidden in plain sight for many years. The 1982 book “Making Tracks, the Rise of Blondie,” contains almost 100 images, almost all of them shot by Stein. They show Harry backstage, onstage and on the road, as well as a host of other contemporary bands, including the Ramones, the Runaways and the Heartbreakers. Stein’s personal website, Red Night, contains hundreds of images of people and places from around the world, including, eclectically, a swamp near Stein’s home, a Paris restroom and the exterior of a Tel Aviv strip club.

Perhaps the most arresting images are grouped under the title “photos 3 (classic stuff): the bad old days.…” There’s a picture of a disembodied arm passing a beer to a miserable-looking Richard Hell as he slouches on the floor at the Manhattan nightclub Max’s Kansas City, concealed behind a pair of shades. “That was his last show with the Heartbreakers,” Stein said, referring to the short-lived punk rock collaboration in the mid-1970s among Hell, Jerry Nolan and Johnny Thunders of the New York Dolls, and Walter Lure of the Demons. “Richard was really depressed at Max’s,” Stein said. “I think that’s Walter handing him a beer.” Another Stein favorite is his Fritz Lang-esque lineup of punk outfit Devo. “The Devo pics are great because they are very mod-dy and weird,” Stein said, adding that the band is pictured standing on a ledge in the hallway of an apartment that Stein once shared with Harry on 17th Street in Manhattan.

Stein and Harry were a couple for more than 10 years, from 1973 through the mid-1980s. Stein can’t quite remember exactly when they split. Shortly afterward, Stein was diagnosed with pemphigus, a rare autoimmune disorder that affects Ashkenazi Jews and people from the Mediterranean. “The proteins that bind your skin break down,” Stein explained. “I was in a burns ward for about three months, and Debbie hung around the hospital to look after me.” About 15 years later, Stein married actress Barbara Sicuranza; the couple has two daughters. But Stein and Harry have remained good friends and musical collaborators throughout.

Undoubtedly, it is their closeness that has allowed Stein to capture a wide variety of images of Harry. Red Night includes a photo of Harry leaning seductively on the hood of a car — Stein believes it might be a Ford Thunderbird — outside the Manhattan club CBGB’s in the 1970s; a headshot of Harry and Iggy Pop that looks like it just dropped, fresh and sticky, from a photo booth, and a picture of Andy Warhol adjusting Harry’s hair as she models for him.

Perhaps the most striking image of all shows Harry in full makeup designed by painter and set designer Giger, who is best known for his creations for the “Alien” movies. The shot is part of a set taken while Giger worked on the Blondie music video “Now I Know You Know,” one of two videos he directed for the band. In the photograph, Harry faces out from what looks like a sarcophagus. Gone are the rebellious stare and peroxide hair, replaced by a submissive creature covered in intricate body paint and framed by long, dark locks. “I didn’t try to be intrusive,” Stein said of photographing Harry. “We’ve been working together since 1973, and we have a very intuitive relationship. We don’t have to put everything into words.”

Paul Berger is a freelance writer in New York.