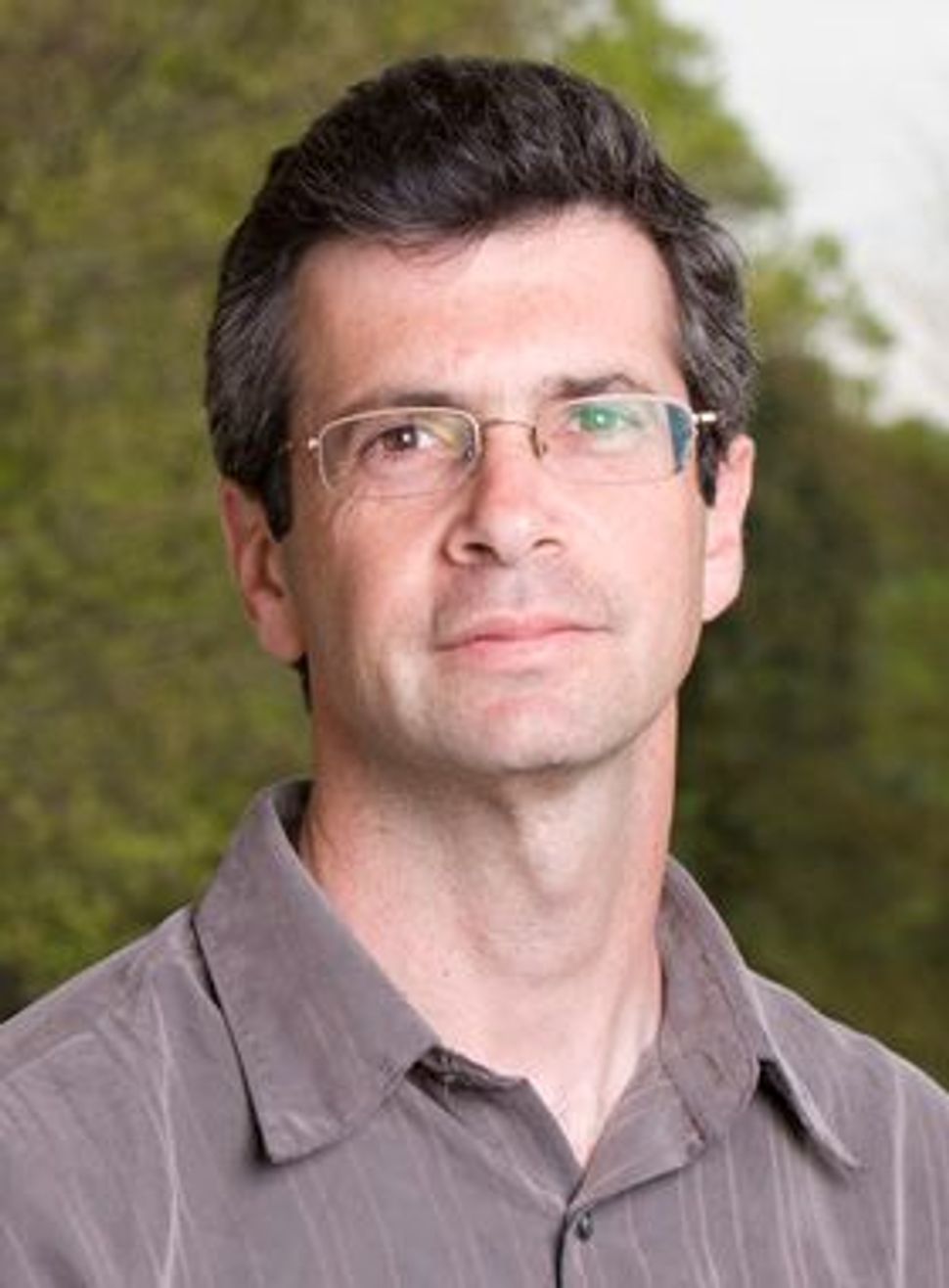 Sharing and Caring: Koltun- Fromm cares about American Jewish Studies and shares his position. Image by CoUrTESY oF KEN KoLTUN-FroMM 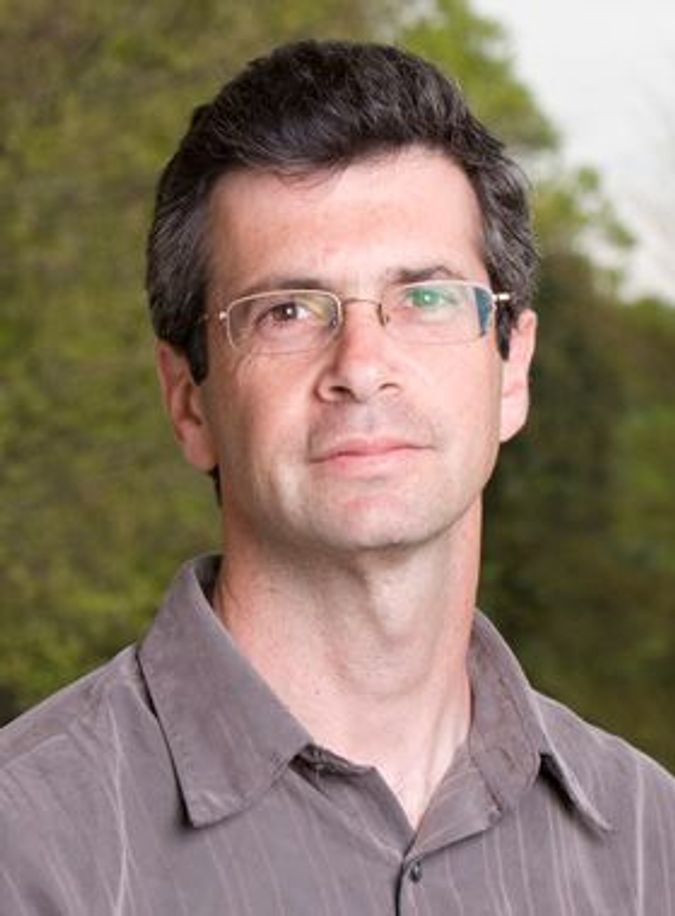 Sharing and Caring: Koltun- Fromm cares about American Jewish Studies and shares his position. Image by CoUrTESY oF KEN KoLTUN-FroMM

Being an Americanist in a Jewish studies department can be, from time to time, a humbling experience: When your colleague down the hall is educating her students about the Akkadian and Sumerian sources of the Torah or helping them piece together Judeo-Arabic fragments from the Cairo Genizah, it can seem a little silly that your own students are busy writing analyses, per your assignment, of “Curb Your Enthusiasm.”

This isn’t just a lapse in self-confidence, either. Jewish studies programs have not typically prioritized American subjects when making hiring decisions. Some large universities have enough room in Jewish studies to include an Americanist or two, sure, but smaller colleges frequently require someone who specializes in some other modern field to handle the courses on American Jewish culture and history that their students demand. “You speak English, don’t you?” the reasoning seems to go. “What else would you possibly need to teach this American Jewish stuff?”

Ken Koltun-Fromm’s third book, “Material Culture and Jewish Thought in America,” is a product of this odd institutional dynamic — and a welcome one. A scholar of German-Jewish intellectual history, Koltun-Fromm has published well-received books on the proto-Zionist Moses Hess and the liberal reformer Abraham Geiger. Since 1997, he has constituted half of an unusual and impressive husband-and-wife Jewish studies program at Haverford College, in Pennsylvania: He covers modernity while his wife, Naomi Koltun-Fromm, takes care of the ancient subjects.

Though his early research was solidly situated in 19th-century German texts, since 2004, Koltun-Fromm has taught American topics regularly, and “Material Culture” presents his perspectives on the reading assignments from those courses. Though it is less than perfect as a work of scholarship, the book offers a bracing insight into the current, vibrant state of American Jewish studies.

Koltun-Fromm organizes the book around the way American Jewish intellectuals “construct identity by working with things and images.” While most studies of philosophers concentrate exclusively on how thinkers develop and how they define abstract concepts, Koltun-Fromm’s project roots its readings of Mordecai Kaplan, Abraham Joshua Heschel and Joseph Soloveitchik in their considerations of, and interactions with, physical objects. Alongside these familiar and respected American religious leaders, Koltun-Fromm attends to popular authors Edward Bernays, Joshua Loth Liebman and Erich Fromm (to whom the author refers, coyly, as “one of my forbears”), as well as to a gaggle of fiction writers and a grab-bag of visual images.

In juxtaposing varied texts, Koltun-Fromm endeavors to tear down the disciplinary wall between the study of “thought” (that is, rarefied philosophy and theology) and of “culture,” that catchall term that includes artistic expression and everyday practices. He hopes to weave “religious discourse into the fabric of cultural studies,” or, in other words, to introduce traditional religious thinkers to the ongoing conversation about popular Jewish culture and experience in the United States.

To do so, Koltun-Fromm relies heavily upon, and thus honors, the remarkable works of social history and cultural studies published over the past two decades by the leading lights of American Jewish studies, from Riv-Ellen Prell and Andrew Heinze to Jenna Weissman Joselit and Jonathan Freedman. “Material Culture” may not rank with the finest of their work, but it does suggest how influential these scholars have been: in producing books so rigorous, brilliant and invigorating that even colleagues outside their subfield want in on the fun.

One reason that “Material Culture” falls short of the high standards set by these scholars is that — contrary to the prevailing notion that it can be taught and studied by any scholar who wants to dip in — American Jewish studies demands an enormous amount of intellectual background and sophistication. Coming to this complex, challenging field later in a career puts a scholar at a distinct disadvantage. Joselit and Heinze, for two examples, honed their knowledge of Jewish Americana over decades, mastering a welter of archives, including the vast, unmapped territory of the Yiddish press.

Koltun-Fromm is well read in secondary sources and explores fascinating territory, but evinces neither the command of primary materials that the American Jewish historians insist upon nor the ability to spin out readings as persuasive as those of the strongest scholars of literature and culture. His chapter on Kaplan’s journals might have addressed more than just the fraction of those journals that has already been published in book form — hence frequently discussed — while his readings of Soloveitchik seem forced. Most troublesome here is a distressingly overbroad application of the term “material” to all sorts of abstract things you can’t touch or hold, such as words, language and the past. If all these intangibles are considered material, what does materiality mean?

Debatable as Koltun-Fromm’s individual points may be, his central notion — the idea that, at least in America, literary texts, images and mass-market paperbacks should be read alongside, and with the same techniques, as the musings of theological and philosophical gurus and considered equally meaningful — remains deeply compelling. It is heartening to see a formidable scholar whose focus has been on European Enlightenment thinkers pay respect to American Jewish culture as worthy of serious attention. “Material Culture and Jewish Thought in America” suggests, then, how valuable it would be if more colleges committed to the study of American Jews not as a curricular afterthought, but as a crucial feature of the enterprise of Jewish studies.