Caught Between Burlesque and Belief 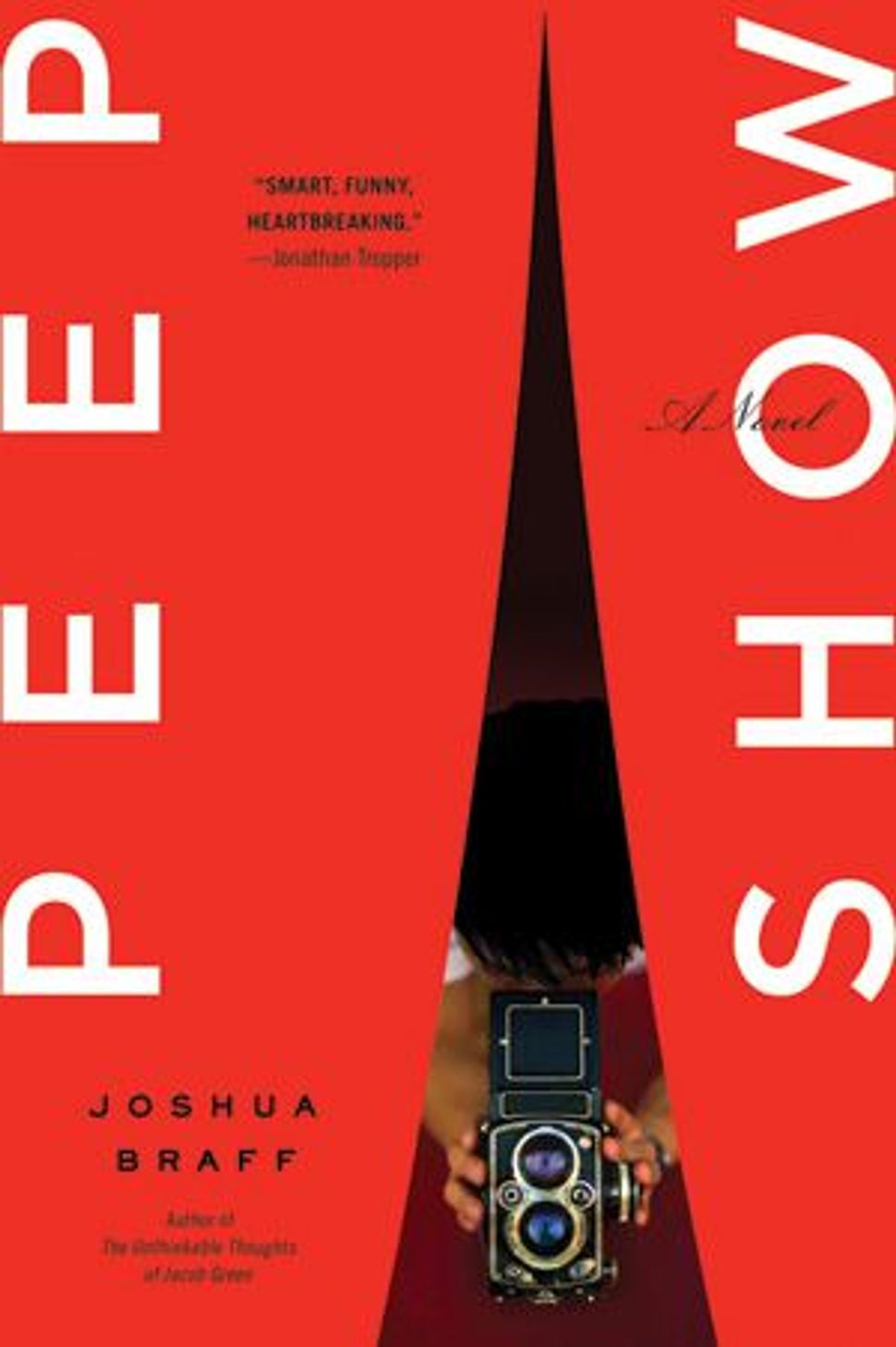 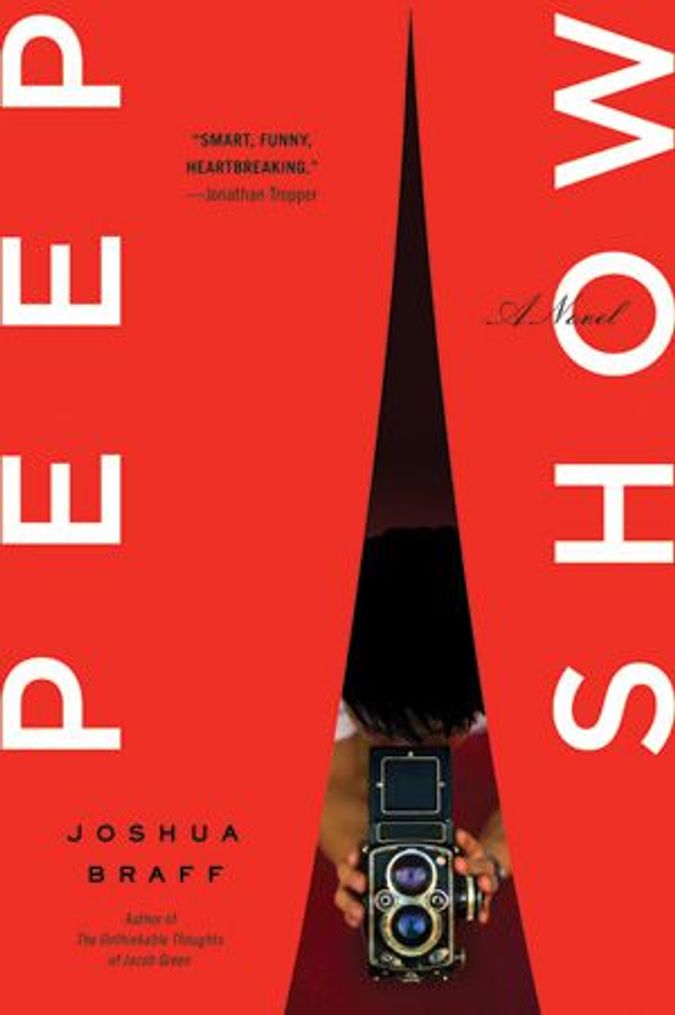 Seventeen when the novel begins, David is on the verge of deciding what to do with his life. His parents have split up for what seems to be the final time. David lives with his sister, Dena, and his mother in suburban New Jersey, where his mother is trying to restart her life as a ba’alas teshuvah, a newly observant Hasid. His father wants him to come and work at what he grandiosely calls his “theater.” A romantic at heart, Martin Arbus runs The Imperial as one of the last venues in Times Square to offer a burlesque strip show while the area is colonized by film and by live “peep shows.”

Photographs that are a glimpse of the past and “peeping” at others, either through a mechitzah, the partition the Orthodox use to separate men and women when praying, or through a peephole, are at the thematic heart of the novel. Despite his mother’s efforts, David, trying to salvage memories, retrieves the photos, including an incriminating one from his mother’s past. To communicate with his sister, hidden from him somewhere in the Hasidic girls’ compound, David mails her photos he took of her before she and her mother became Hasidic. The suggestion is that photos can communicate more powerfully than words, or perhaps they are a means of expression when dialogue is not possible.

Braff tries too hard sometimes to show that David is seeing the world through his camera — even, intrusively, using the word “click” to inform us that David is taking a photo. Sometimes, though, this intrusion is particularly compelling, as in the black-and-white photos shaped like the oval of a peephole, which open each chapter. As in the work of W.G. Sebald and Jonathan Safran Foer, the exact relation of picture to text is not simple; many photos are images that David has mentioned in the narration of the novel, and so they give the novel a pleasing sense of verisimilitude, as if David is an actual person and these are his photos peeping into reality from fiction.

With some of these images, Braff seems to be furthering the parallel between the two worlds by highlighting their parallel aesthetics. Looking at one chapter-opening photo, I had to pause. Were those wigged mannequin heads part of the Times Square world or the Hasidic world? Another chapter opens with the photo of a store whose sign “kitschily” proclaims “Judaica World,” in the same style of lettering that might appear above a peep show. In blurring the line between the images of these two polarized worlds — even while the plot plays out their mutual animosity — Braff underscores the surprising similarities between these two disparate spheres.

As portrayed by Braff, neither the world of the Hasidim nor that of the porn insiders appears particularly appealing. The strippers with the hearts of gold that populate the novel reveal their bodies too easily to David, transforming their sexuality from the alluring to the merely lurid. Braff portrays the Hasidim as obsessively adhering to ritual. When some Lichtiger men start dancing to celebrate a wedding blessing, David is forced to join them. Braff writes, “And as I’m flung around and around it’s like a nightmare, truly I’m stuck on some Hasidic carousel of sweat and vodka and Hebrew prayer.”

David resists the efforts of both the strippers and the Hasidim to absorb him into their ritualized worlds. While fascinated, he remains distant from, and disdainful of, Jewish worlds as well as Jews in general, at one point saying, “I think there’s a Jewish celebration of some kind on every single day of the Jewish calendar…. Each one commemorates a mass slaughter of some degree in which the Jews of the time became too prosperous or joyous and wound up very dead.”

It is the world of art, of photography in particular, in which David eventually finds a home and presumably, some solace. Evoking Foer’s use of a black-and-white photograph to end “Extremely Loud and Incredibly Close,” Braff’s novel ends with a page that reads “David Arbus Photographs 1975–1984,” above an image of a staircase with the words “Peep Show Upstairs” and an arrow pointing up, repeated over and over again on the stairs. Underneath the image, it states, “The Portland Museum of Art, Portland, Maine, June 5th–August 30th.”

This final image suggests that David, as an adult, has become a successful photographer, with shots of his father’s theater and its environs as the inspiration for his first professional show. Photography, for David, has been a crutch — the only way he can see the world around him — and it also becomes a way out, a way for him to become a man. He has managed to use photography to navigate both parents’ worlds without getting subsumed by either. Instead, he has created, like Braff, his own imperfect “peep show,” a world of his own design.

Laura Hodes’s most recent piece for the Forward was a review of Anne Rice’s “Angel Time.” She blogs at www.personalpolitic.blogspot.com.

Caught Between Burlesque and Belief