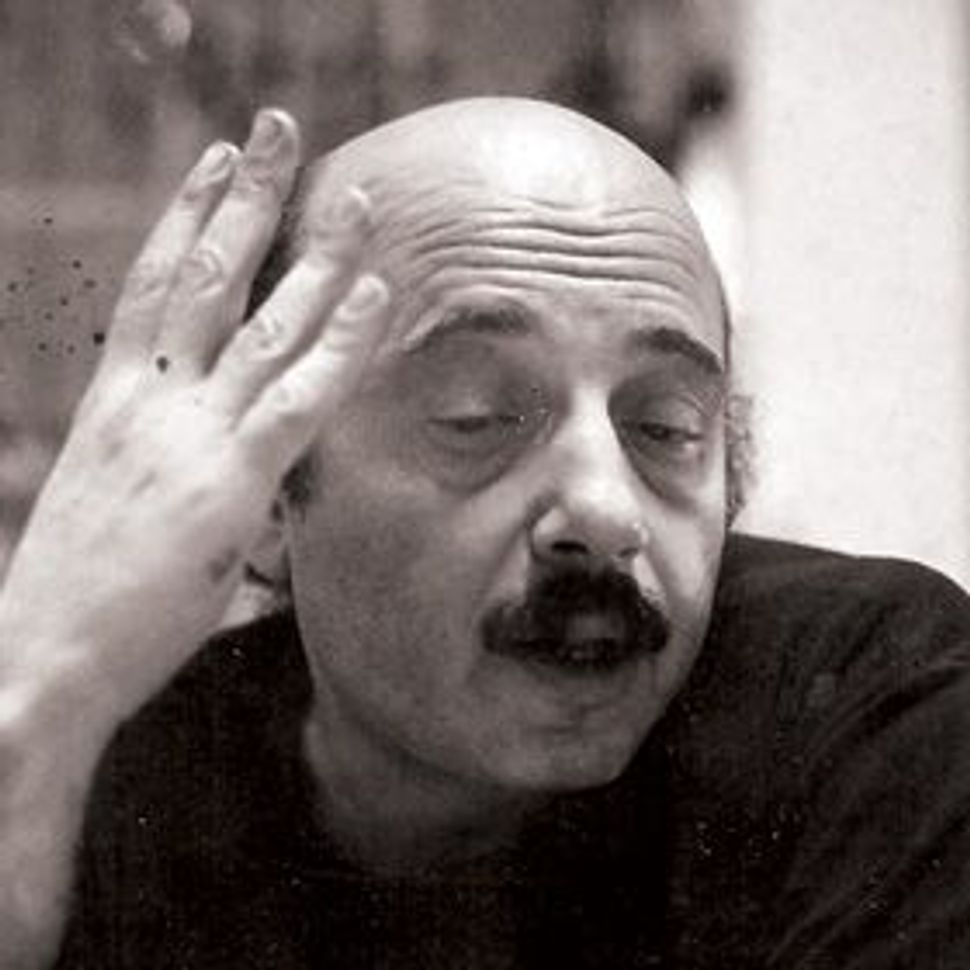 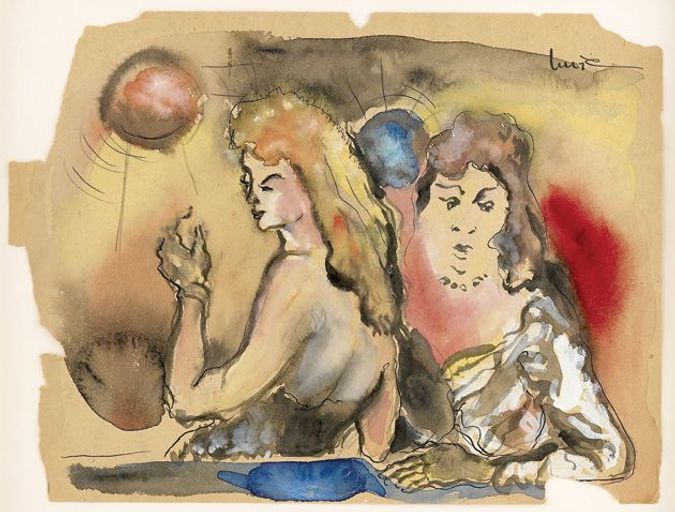 Sitting amid the clutter of his studio and standing in front of a blank brick wall, Boris Lurie has the look of a man who has experienced enormities. Balding and mustachioed with a heavy brow and deep-set eyes, his image appears in a series of 12 photographs taken in 1989. At the bottom of the contact sheet, he has scrawled, “To Gertrude with love.”

Along with 45 other drawings, paintings, collages and sculptures — all from the private collection of New York art collector and gallery owner Gertrude Stein — the pictures are part of “NO!art,” an exhibit of Lurie’s early work, on view until July 31 at the Westwood Gallery in SoHo. It is the first exhibit of Lurie’s work since his death in 2008, and promises to be the first in a series of exhibitions that will revisit Lurie’s long, sometimes controversial and often overlooked career.

A founder of the NO!art movement in 1960 together with Sam Goodman and Stanley Fisher, Lurie was a New York artist who never ceased to challenge the art establishment and the consumer culture he felt it served. Countering the prevailing trends of Abstract Expressionism and Pop Art, NO!art created an aesthetic of objection and protest, grappling with issues such as sexism, racism and the politics of popular culture.

Born in Leningrad in 1924, Lurie grew up in the Latvian capital of Riga and spent four years in Nazi ghettos and concentration camps, including Buchenwald. Though both he and his father survived the Holocaust, most of the family was murdered, including his mother and sister.

Unlike other artists in the postwar period, Lurie was not hesitant about depicting his Holocaust experiences. After arriving in New York in 1946, while living in a $15-a-month coldwater flat on the Lower East Side, Lurie quickly completed a series of dark expressionistic paintings, such as “Back From Work,” “Entrance” and “Roll Call in Concentration Camp,” that portrayed wraithlike prisoners amid the barracks and crematoria of the death camps.

While such pieces conveyed the horror of the Holocaust at a time when few others were willing to do so, Lurie was not content to simply paint what had happened. Rather, he was interested in confronting the crassness of contemporary culture with the full weight of his own wartime experiences.

To do so, he turned to collage, juxtaposing Holocaust imagery with elements of American popular culture, particularly pinup girls. The most controversial of these pieces, “Railroad Collage” of 1959, shows a pinup girl from behind, pasted over a photograph of corpses stacked on a flatcar.

While many viewers found such images offensive, for Lurie, the bizarre contrast between postwar popular culture and the Nazi horrors was not an inappropriate combination, but a fact of life. Art critic Sarah Schmerler wrote: “Most American artists of the ’40s were fresh out of art school. Lurie was fresh out of Buchenwald.” And, expanding on this later, writer and critic Seymour Krim described how Lurie’s work came “from the experience of the war in Europe, with charred Jews down at the bottom of the entire pyramid that ended with Uncle Sam boogie-woogieing before the whole globe on the triumphant top.”

While the Westwood Gallery exhibit does not contain any of these works, its collection of pen-and-ink drawings, pinup girl collages and found-object sculptures demonstrates Lurie’s artistic versatility. More important, it illustrates — albeit in a relatively tame way — Lurie’s gritty aesthetic and apocalyptic sense of morality, both reminiscent of the sort of grim urban outrage later evinced by Martin Scorsese’s 1976 film, “Taxi Driver.”

The exhibit is also accompanied by the publication, by the Boris Lurie Art Foundation, of “House of Anita,” a surreal and disturbing book in the vein of William S. Burroughs’s “Naked Lunch.” Composed in bits and pieces during the final decades of Lurie’s life, the book is narrated by Bobby, a male sex slave living in an “institution” on the Upper West Side of Manhattan. Over the course of the novel, Lurie explores themes of submission and domination eerily reminiscent of the Holocaust, and brutally satirizes the art world, which is portrayed as shallow and trend-driven, indifferent to serious political, moral or even aesthetic concerns.

While “House of Anita” is clearly fictional, Lurie’s resentment of the establishment art world was real. During the 1950s and ’60s, neither Lurie’s skill nor his outspokenness won much attention from art dealers or museums. In response, Lurie banded together with Goodman and Fisher and began exhibiting at the March Gallery on East 10th Street. Their art emphasized socially and politically engaged work that would discomfort rather than placate the viewer.

“NO!art reflects the mixture of crap and crime with which the mass media floods the mind of our time,” art critic Harold Rosenberg wrote in his 1974 essay, “Bull by the Horns.” “It is Pop with venom added.” Or as Lurie wrote in the statement accompanying a 1963 show, “In a time of wars and extermination, aesthetic exercises and decorative patters are not enough.”

Despite the stir that such exhibits caused, they were largely shunned by the art establishment, and few of the pieces were purchased by collectors or museums. One exception was Stein, who met Lurie in the early 1960s and began exhibiting the NO!artists’ work at her gallery on East 81st Street in 1963.

In recent years, Lurie has received more attention, although he is still relatively little known. His work is now at New York’s Museum of Modern Art and the National Gallery of Art, in Washington, D.C., and there have been Boris Lurie retrospectives at the University of Chicago, the University of Nebraska, and the Whitney Museum of American Art. In 1999 his work was exhibited at the Weimar-Buchenwald Memorial in Weimar, Germany, an event that was documented in “NO!Art Man,” a 2003 film about Lurie by Israeli director Amikam Goldman.

“Going to Buchenwald with an exhibition is very gratifying, but also a very threatening thing to me,” Lurie says in the film. “You’re dealing with a place where hundreds of thousands of people were eliminated, and where if it wasn’t for a miracle, I would have been, myself.”

Yet Lurie was never one to shirk what he perceived to be his artistic duty, no matter what the personal cost. “As we all know deep down, it is not by submission, coolness, remoteness, apathy and boredom that great art is created, no matter what the cynics might tell us,” he once wrote. “The secret ingredient of great art is what is most difficult to learn, it is courage.”