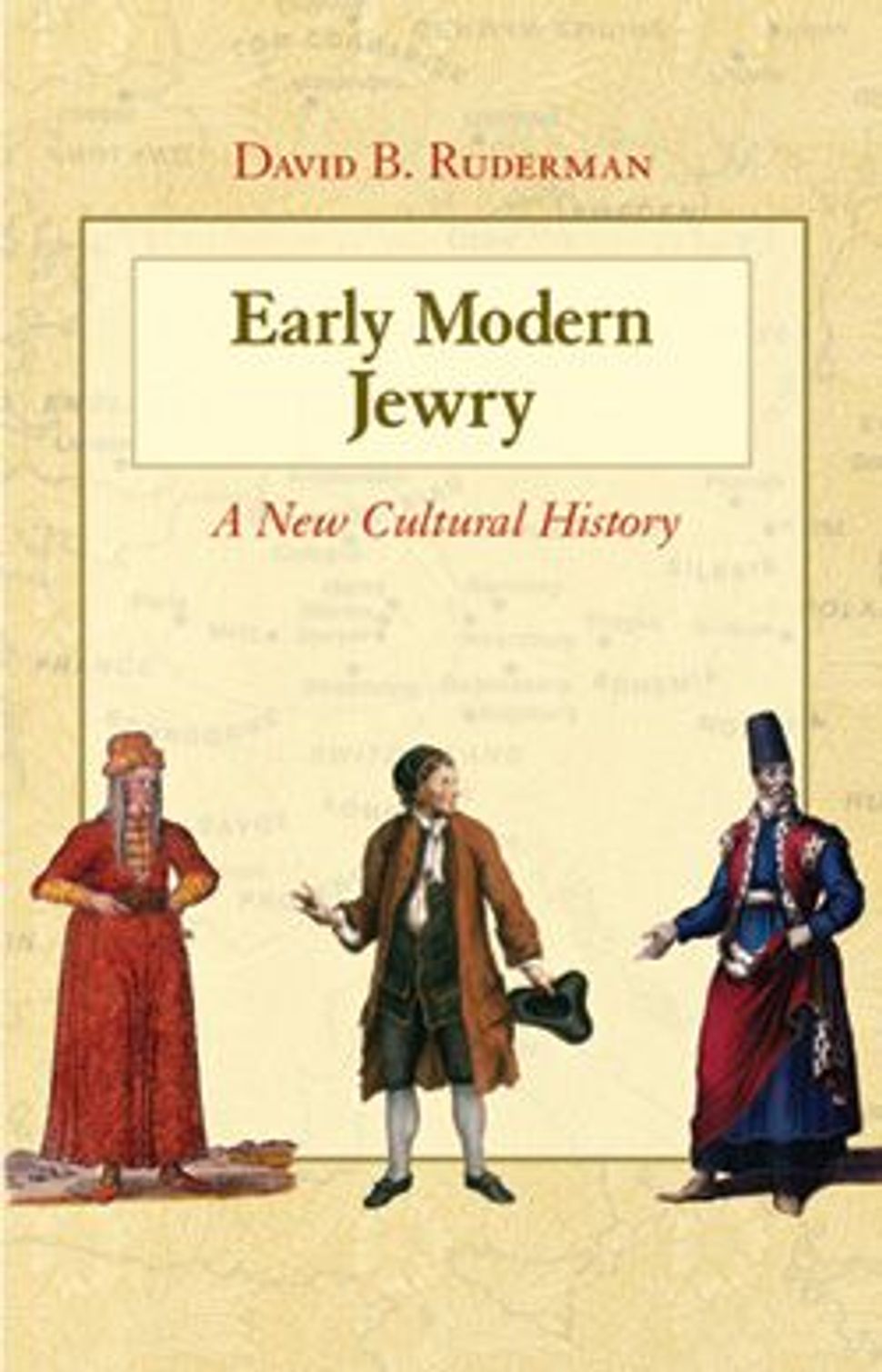 When does modern Jewish history begin? The answer used to be simple. If your interests were social and political, the date was either 1782, when Emperor Joseph II’s Edict of Tolerance granted a degree of emancipation to the Jews of the Hapsburg Empire, or 1791, when the French revolutionary government declared Jews equal citizens. If you fancied cultural history, the symbolic date was 1743, when 14-year-old Moses Mendelssohn left the town of Dessau, where he had been educated in the strict talmudic tradition, and traveled to the metropolis of Berlin, where exposure to Enlightenment thought would catapult him into the ranks of the leading intellectuals and make him a role model for innumerable other young Jews. These scenarios all assume that the Jews of Europe were medieval people suddenly forced to confront modernity when the physical and mental walls of the ghetto fell. Christians, in contrast, had already become modern gradually and hence more naturally, during a period designated as “Early Modern” and not shared by Jews: the Renaissance of the 15th century, the Protestant Reformation of the 16th, and the scientific revolution of the 17th. 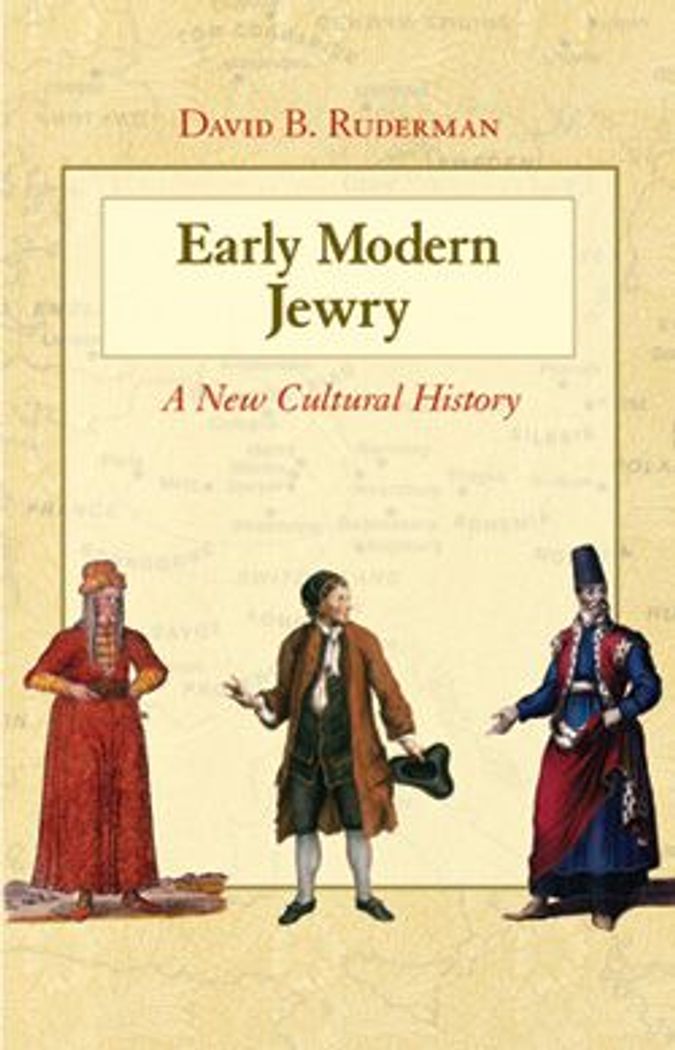 For years, scholars have raised questions about whether Jews were indeed so hermetically sealed off from Early Modern currents, especially in the economic sphere. Now, historian David Ruderman, in a cogently argued work of synthesis, claims that European Jews experienced an early modernity of their own, and so the alleged “extreme dichotomies” between pre- and post-late-18th-century Jewish history are largely mythical. There was, Ruderman writes, no “clean break between one era and the next.” He makes a good case, but overstates it.

Ruderman identifies several key shifts in European Jewish life between roughly 1500 and the 1780s that presaged modernity. These were not identical to changes that other Europeans experienced at the time, although there were mutual influences.

Most obvious were the large-scale movements of Jewish population, particularly the migration of expelled Iberian Jews and fleeing conversos (Jews forcibly converted to Christianity) to the Ottoman Empire, Holland, the Italian states, North Africa and elsewhere, and the eastward trek from Western and Central Europe that made Poland in the 16th century a major Jewish center and repository of Ashkenazi Jewish culture. Also, Jewish communal organizations were established on a scale unknown in earlier times. The Council of Four Lands that serviced Polish Jewry was the most powerful and justly the most famous, but impressive umbrella bodies of different types and with varying degrees of involvement by the secular rulers characterized virtually all of European Jewry.

Turning to culture, Ruderman pinpoints the revolutionary effect the invention of printing had on Jewish intellectual life. Beginning in the late 15th century and accelerating thereafter, the printed book replaced localized manuscript-based rabbinic learning with an almost pan-Jewish literary world, so that what Jews were thinking in any corner of Europe — and beyond — was available to all. The prime example is the printing of Joseph Caro’s “Shulhan Arukh” (“Prepared Table”), to this day the authoritative law code for Orthodox Jews. It provided, on the same page, an unprecedented distillation of both the Sephardic and Ashkenazi traditions. This was Jewish globalization with a vengeance.

The proliferation of book knowledge, in turn, helped reduce Jewish dependence on rabbis, a process also hastened by what Ruderman calls the great crisis of early modern Jewish history: the career of Shabbetai Tzvi, who declared himself the messiah in 1665–66, only to convert to Islam when threatened with death by the Ottoman sultan. He taught a mysticism that did away with Jewish law, and so the rabbinic establishment naturally fought Sabbateanism and its later echoes well into the 18th century. Ruderman suggests that “Orthodox” Judaism, in the modern sense of an ideological movement militantly defending rabbinic tradition, has its roots in the organized opposition to this messianism.

Finally, there was significant blurring of boundaries between Jew and non-Jew. Many Sabbateans, conversos, Jewish apostates and Christians fascinated by Judaism and Jewish learning dwelled in a spiritual no-man’s land, not quite sure where they belonged, and some moved back and forth across an increasingly permeable Jewish-Christian border. Individual decision rather than the community diktat was beginning to decide personal status, a condition we tend to associate with our own time, but one that was already affecting Early Modern Judaism.

With all these changes having largely modernized Jewish life before Mendelssohn appeared or civic equality was enacted, Ruderman does not shrink from the conclusion that the only novel factor to appear in the late 18th century and beyond was the Jewish confrontation with “the politics of the modern state.”

Two objections arise that suggest the need for Ruderman to fine-tune his interpretation. First, as he acknowledges but does not seriously address, the evidence for the most far-reaching Early Modern changes comes overwhelmingly from Italy and Holland, not Poland and the Ottoman Empire, where the great majority of Jews resided. And second, however much proto-modern values may have influenced Jewish intellectuals and would-be intellectuals in the earlier period, not until the age of Mendelssohn and after would the emergence of a popular press and the invention of the railroad — both of which were arguably as important as political emancipation — make the new ways accessible to the Jewish masses.

Nevertheless, Ruderman’s provocative thesis marks a scholarly watershed. It reopens and complicates the question of when modern Jewish history began, and suggests that far-reaching but underappreciated trends analogous to those traced in this book have already inaugurated a postmodern era of Jewish history.

Lawrence Grossman is the editor of the American Jewish Year Book.