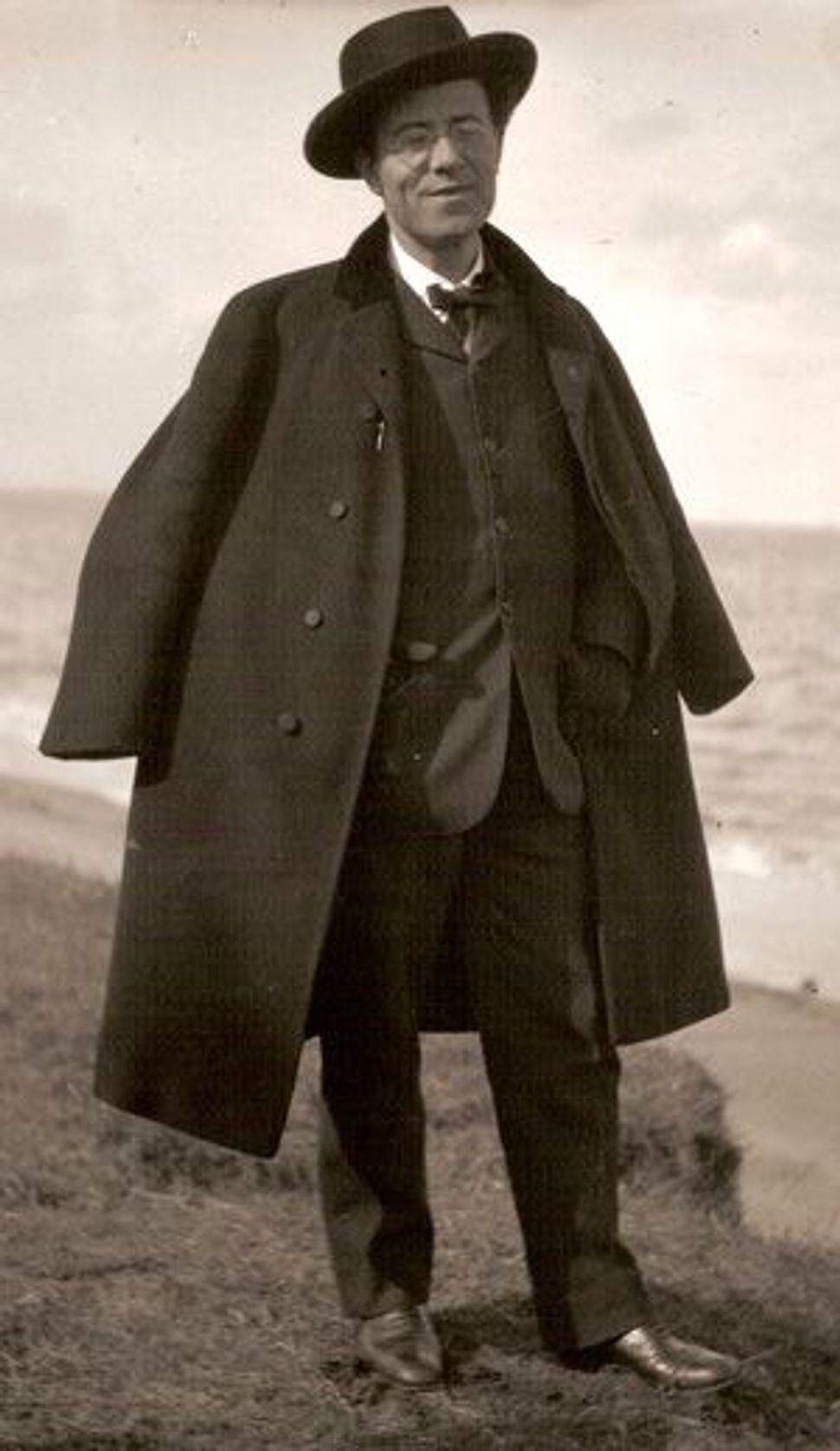 Although other composers are most suitably celebrated on the anniversaries of their births (July 7, 2010, marked Gustav Mahler’s 150th birthday), it seems appropriate to fete Mahler, the quintessential creator of funeral marches and meditations on death, on the centenary of his Todestag, May 18, 1911. But in Vienna — the city that sold bonbons, and even condoms, with the face of Mozart upon them during that composer’s anniversary year — commemorations have already begun. 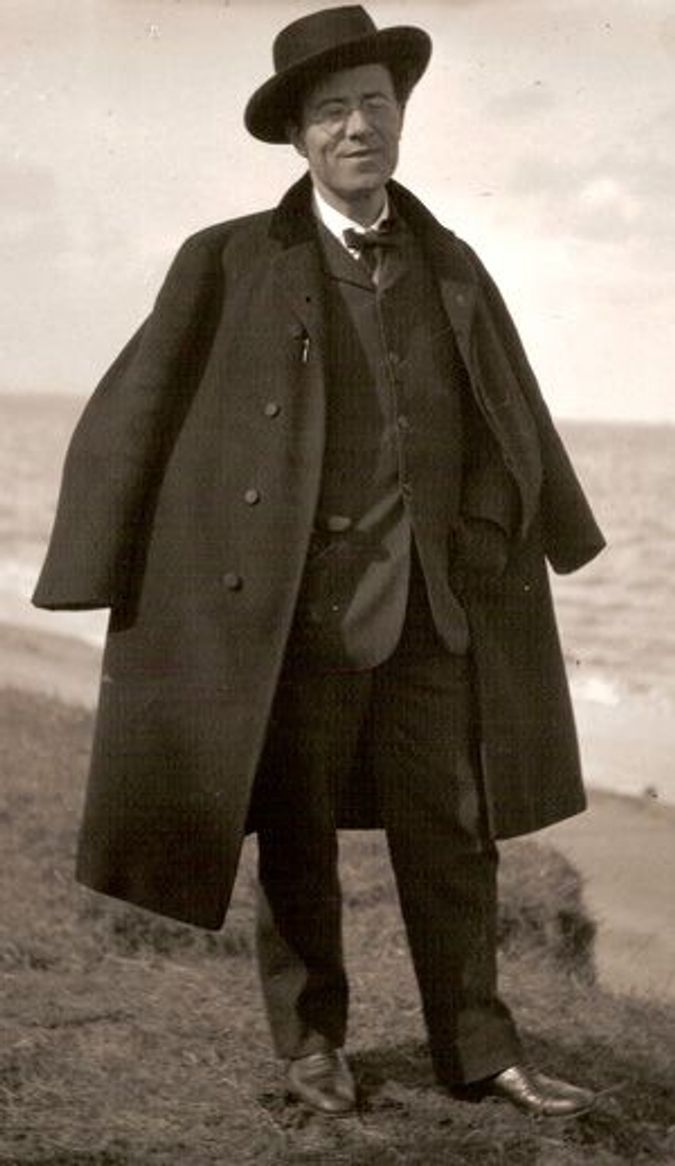 Mahler, who was the scion of a humble family of Bohemian Jews and launched a stellar career as a conductor, and a somewhat more troubled one as a composer, deserves no less. While for years, many people disliked Mahler’s works (Debussy called him “Malheur,” French for “misfortune”), people unenthused about his music now tend to keep quiet about it, as Mahlerian sounds are universally heard — and recorded. More than 100 versions on CD are currently available of his first, second, fourth and fifth symphonies (he wrote nine in total, leaving a 10th incomplete at his death). Almost as many recordings are available of his ninth symphony, as well as song cycles like “Lieder Eines Fahrenden Gesellen” (“Songs of a Wayfarer”).

As if to prove the point, EMI Classics has just released an excellently chosen 16-CD set of Mahler’s complete works, including no fewer than nine comparative performances of his “I am Lost to the World” (“Ich bin der Welt Abhanden Gekommen”), a song of cosmic world-weariness. Deutsche Grammophon has released its own complete Mahler set on 18 CDs, which errs by including such DG conductors as Zubin Mehta and the late Giuseppe Sinopoli for understandable reasons, but perhaps not ideal results.

Anyone who cares passionately about Mahler will want to read Henry-Louis de La Grange’s epic biography, “Gustav Mahler,” in four volumes from Oxford University Press, with a revised version of volume one announced for publication next year. Julian Johnson’s “Mahler’s Voices: Expression and Irony in the Songs and Symphonies,” out last year from Oxford University Press, is a thoughtful, musically sensitive effort, and the newly reprinted “Cambridge Companion to Mahler,” from Cambridge University Press, is as informative, and as variegated, as was Mahler himself.

For those with busier schedules, the forthcoming “Why Mahler?” by Norman Lebrecht, due for publication in October by Pantheon Books, may please some readers in search of a gossipy quick fix that is strong on Mahler’s Yiddishkeit. Lebrecht, author of Holocaust-haunted novels like 2002’s “The Song of Names” and last year’s “The Game of Opposites,” is also a busy print and broadcast journalist who has previously run into problems when offering too much fiction in his nonfiction books.

Not otherwise strong on research, “Why Mahler?” confirms from previously published sources that Mahler had a bris and bar mitzvah, and after his father, Bernhard, died in 1889, Gustav probably recited Kaddish and sat shiva. From there, Lebrecht, whose best book remains 1987’s collection of translated documents, “Mahler Remembered” from Faber & Faber, concludes that Mahler remained a lifelong Jew, at least in the eyes of his contemporaries.

Relating Mahler to many Jews whom Lebrecht has known personally, from artist R. B. Kitaj to the composer’s own daughter, Anna, a sculptor of limited expressivity, the narrative of “Why Mahler?” constantly jerks back and forth between the recent past and a century ago. Some basic errors about cultural history are included, like the notion that Finnish composer Jean Sibelius “spent the last third of his life in silence,” or that Mahler, “like every other Jew” possessed “three millennia of inhibitions about graven images” of any kind. By contrast, Lebrecht plausibly points to the funeral march in Mahler’s First Symphony as “the most Jewish episode” in all his music, given the composer’s instruction to perform it as if played by “miserable village musicians” from some presumed shtetl.

Although dismissing historian de La Grange for “stuffing four huge volumes with rants against Mahler’s detractors,” Lebrecht is himself an absolutist, unable to see any reason for being a Mahler-phobe, apart from anti-Semitism. Mahler-philes all relish the exquisite beauty and heartfelt complexity of the composer’s scores, which have a modern, forward-looking resonance yet also retain the aura of age-old cultural depth. Some great musicians, however, have sincerely disliked Mahler’s music for artistic reasons. One example is French cellist Paul Tortelier, who was such a philo-Semite that he abandoned his career for a few years and moved his family to an Israeli kibbutz. Even Mahler’s friends and disciples, like Bruno Walter and Otto Klemperer, preferred some of his works to others, which they either felt were too self-indulgently gloomy or willfully laden with kitsch elements, as part of the symphonic warp and weft.

Now that Mahler’s work is all available in recordings or regular performances, a sifting process is natural. In an annotated list of recommended recordings “Why Mahler?” naturally focuses on famous musicians whom Lebrecht has met and interviewed, from Leonard Bernstein to Georg Solti, with a few pages also devoted to his friend, the conductor and businessman Gilbert Kaplan. Yet some readers may prefer to concentrate on gifted Jewish musicians, like Czech maestro Karel Ančerl, whose imprisonment at Theresienstadt doubtless added spiritual impact to his reading of Mahler’s first and ninth symphonies. Ančerl’s recordings, available on the Supraphon label, are bizarrely described by Lebrecht as “manifesting a Schweik-like contempt for fate,” although the gentle, soulful artistry of Ančerl has nothing whatsoever to do with the gross peasant comedy of Jaroslav Hašek’s “The Good Soldier Schweik.” Another survivor of tyranny, Russian-Jewish conductor Rudolf Barshai, who lived for decades under the yoke of Stalinist terror, made remarkable recordings of Mahler’s fifth and ninth, and a reconstruction of the uncompleted Tenth Symphony. The last-mentioned is insultingly described by Lebrecht as a mere foreshadowing of “how dark the [completed Tenth] Symphony might have been made to sound by Shostakovich,” as if a supreme maestro like Barshai were incapable of distinguishing between Mahler and Dmitri Shostakovich, the latter a composer whose works he also conducts magisterially.

It is true, as Lebrecht also notes here, that the best Mahler conductors need not be Jewish, but Mahler’s Jewish protégé, Bruno Walter (born Schlesinger), remains an ideal guide to the Meister’s music in legendary EMI recordings of the Ninth Symphony and the orchestral song work, “Das Lied von der Erde” (“The Song of the Earth”). Polish-Jewish maestro and composer Paul Kletzki, whose family was murdered by the Nazis, also offers unique emotional insights into Mahler, as may be heard in his conducting on the Orfeo label. French-Jewish conductor Pierre Monteux recorded little of Mahler, but what he did is equally admirable.

This wide range of conductors — deliberately omitting oft-cited names like Klemperer, Bernstein, Pierre Boulez, Solti and Bernard Haitink — who excel in Mahler’s music is particularly welcome, as the manic-depressive, cosmic-earthly dialectics are so extreme, often within a single work, that no one conductor can express them all. The stark expressivity of Ančerl and Kletzki; the sonorous, highly dramatic Barshai and Walter, and the rhythmic acuity and joie de vivre of Monteux all complement one another. All are needed to attain a full understanding of Mahler’s mandarin complexity. Adding to which the Mahler Symphony cycle illuminatingly conducted by Rafael Kubelik, recently released on the Audite label, proves that Mahler genuinely has the inexhaustibility of the most permanently fascinating composers. Music lovers who are still Gustav-phobes may be summed up by paraphrasing Samuel Johnson to the effect that anyone who is tired of Mahler is tired of life.

Watch Paul Kletzki conduct some of Mahler’s “Songs of a Wayfarer” with soloist Dietrich Fischer-Dieskau:

Listen to Kletzki in part of Mahler’s Fourth Symphony: