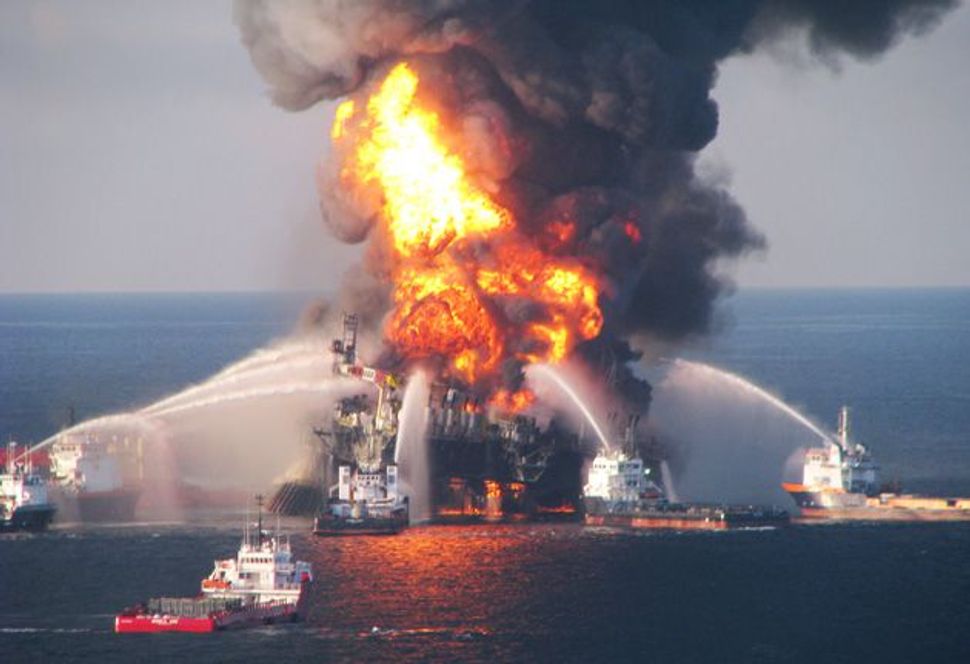 Ever since Ronald Reagan and the Moral Majority, conservatives in America have used moral issues to convince poor Americans to vote against their economic interests. Thanks largely to convincing working-class voters — that is, the people who lost the most — that Democrats were anti-family, anti-America and, subtly, anti-white, Reagan and his followers engineered the greatest inequalities of wealth in more than a century.

Reagan’s rhetoric is still with us today, most notably among Tea Party “populists” (who studies have shown to be wealthier than one might assume), and sadly, religious communities — including Jewish ones — who unwittingly play into its cynical sleight of hand. We do this, consciously or not, by wrongly characterizing which issues are “religious.” Abortion and prayer are religious questions, but not tax policy; sexuality, but not housing and immigration. This is a highly un-Jewish way of thinking, and renders religion not just irrelevant, but also actually complicit in injustice. As we head toward a season of both High Holy Days and contentious elections, we would do well to remember the connection between them.

It almost goes without saying that ours is a society in which the yetzer hara, the profit motive, dominates. Of course, bashing corporations and consumerism is, as the “South Park” quote suggests, something of a cliché. But that’s because we usually do it in a clichéd way. The problem with corporations is not that they are sinister, dastardly conspiracies led by Montgomery-Burns-like villains. Nor is the problem the careless CEOs who cut corners, or boards that pay out huge bonuses, or any of the supposedly moral failings that compromise a supposedly sane system.

By law, the sole obligation of public corporations is to maximize profit for shareholders. Even when corporations give money to charity, or choose an ethical way of doing business, they are required to justify the decision by saying that it’ll ultimately pay off financially, perhaps in the form of increased sales or of realizable goodwill. Unlike human beings, corporations have only one motive: the yetzer hara, literally, the “evil” inclination, the part of each of us that is entirely selfish, that wants only to get as much stuff as possible. Again, this isn’t because of who runs corporations, or because of the decency of those of us who work for them (for the record, I started a software company and worked at it for five years) — this is the law.

Yet ever since an 1886 Supreme Court case, the law also holds, amazingly, that corporations are “persons.” They hold legal responsibility for their actions, and they even have certain constitutional rights, including the right to contribute heavily to political campaigns.

Imagine if these corporate entities really were people, what kind of people they would be. Enormously powerful, and richer than the wealthiest billionaire. Nearly omnipresent, with outposts of information gathering and product distribution around the globe. And yet, totally, animalistically greedy, with the single focus of profit maximization. If corporations were people, they would be massively powerful ogres, direly in need of religious or moral instruction.

Yet, mainstream religion fails to provide it. While every priest and rabbi rails against individual greed, individual ethical failure and individual transgression, few do so when it comes to the most powerful “persons” on the planet. Maybe to preach in this way, to demand that the world’s most powerful “persons” be ethically accountable the same way you and I ought to be, feels too political, or perhaps just too abstract, for the masses in the pews. But by opting out, religion becomes a kind of sideshow to the events that truly shape our time, like a quaint old chapel dwarfed by the surrounding strip malls.

What are the consequences for the rest of us? Left untouched by religious and moral reasoning, corporations have indeed run amok — again, not because villains staff them, but because the system itself is, according to the traditional Jewish definition, evil; it is yetzer hara by law.

Item: The oil spill in the Gulf. Sure, there may have been corners cut here or there, and BP might’ve done a better job in the cleanup. But the reason this happened isn’t because BP is especially bad; all the oil companies act the same way. The problem is that the oil well was put there in the first place. Accidents happen, and huge offshore oil rigs are going to have accidents. We know this. And yet, Big Oil swayed Congress to allow offshore drilling over the objections of environmentalists and community groups. (Not only “allow” — we paid for it. As The New York Times recently documented, the oil business is among the most government-subsidized industries in the world.) What happened in the Gulf is the direct result of Big Oil’s lobbying, and the Republicans (and some Democrats) who vote accordingly.

Item: The food/obesity/poison-food crises. Americans are getting sick and fat because they are eating “products” instead of food. Sure, individual choices have a lot to do with it. But it’s hard to ask working people to resist government-subsidized $1 hamburgers and snacks made of corn syrup when they’re trying to make ends meet. The reason we have a food crisis is that Big Corn and Big Food have swayed Congress to prop up the corn subsidy and other corporate welfare for huge agricultural companies. What we see on our supermarket shelves is the direct result of Big Food’s lobbying, and the Republicans (and corn-belt Democrats) who vote accordingly.

Item: The financial crisis. The financial crisis did not occur because of a few “bad apples” and shysters like Bernie Madoff. It happened because Big Money convinced Congress that deregulation was some kind of moral imperative, and that the freedom our founders talked about was the freedom for huge financial corporations to blow bubbles as large as they want. What we see in the wreckage of our financial institutions, and our own IRAs, is the direct result of Big Money’s lobbying, and the Republicans (and handful of Democrats) who vote accordingly.

This systemic turpitude, not individual knavery or malfeasance, is the real religious issue. Indeed, to look for individual bad apples and black hats — that is, traditionally “religious” ethical violations — is precisely the wrong kind of reasoning. I have no doubt that most of the officers and employees of Big Oil, Big Food and Big Money are basically good people doing their jobs. Evildoers are not the problem. The system is the problem.

There is an alternative — and it need not be socialism. (Of course, Jewish socialism is itself a venerable institution, but it is not my proposal here.) Indeed, our own religious tradition has ancient and well-worn rules requiring that the most powerful individuals and institutions in society provide for the least powerful.

One small example, among dozens I could choose, is the law of pe’ah — the corner of the field required to be left standing for the poor, in accordance with Leviticus 19:9 and 23:22 (and famous from the story of Ruth). Indeed, the entire talmudic tractate of Pe’ah, which describes in detail the requirements for public charity (including gleanings and tithings), should be required reading (and preaching) for American rabbis today. The basic principle is that those with power (the big agribusiness of the day) are required not to maximize profits, but to temper their selfishness with righteousness.

Required — not as some soft, hortatory ideal, but as a matter of law. And this, of course, is but one tiny example. Contrast the Hebrew word tzedakah, righteousness, with the Christian virtue of charity or the Buddhist precept of dana, generosity. Righteousness is not a virtue or an expression of niceness. It is a requirement, like a tithe. It is systemic in nature, and it is an economic-religious imperative. This system of righteousness — not just being nice and dropping a coin in the pushke, but also creating a system and culture of fairness — is what our religion demands.

As described in recent works such as Rabbi Jill Jacobs’s “There Shall Be No Needy,” Rabbi Michael Lerner’s “The Left Hand of God” and, before them, Abraham Joshua Heschel’s writing on social justice and the concept of the “social gospel” (recently maligned by far-right blowhard Glenn Beck), these concerns are at the very heart of what Jewish religion is meant to teach. In any free economic system, there will be rich and poor. But how we treat them, whether our culture helps or hurts them — that is where our ethical reasoning, religious or secular, is put to the test.

Americans live in the land of the free, but freedom ought not mean that corporate “persons” can despoil, deceive and destroy without restraint. This is why the Exodus from Egypt was followed by the Torah at Sinai — because real freedom is both freedom-from and freedom-to: freedom from bondage, and freedom to create a just and holy society. And it is a freedom premised upon the ethical will, which corporations, by law, utterly lack.

If we fail to talk about the true causes of our financial, environmental and economic crises, all that chanting and sermonizing is just decoration. Worse than that, it is a distraction from the very evil that religion is meant to prevent. That the evil doesn’t look the way we expect is no excuse; maybe it’s even part of the point. After all, as Kevin Spacey (as arch-villain Kayser Soze) says in the classic film “The Usual Suspects,” “The greatest trick the devil ever pulled was convincing the world he didn’t exist.”