Why We Need Akkadian 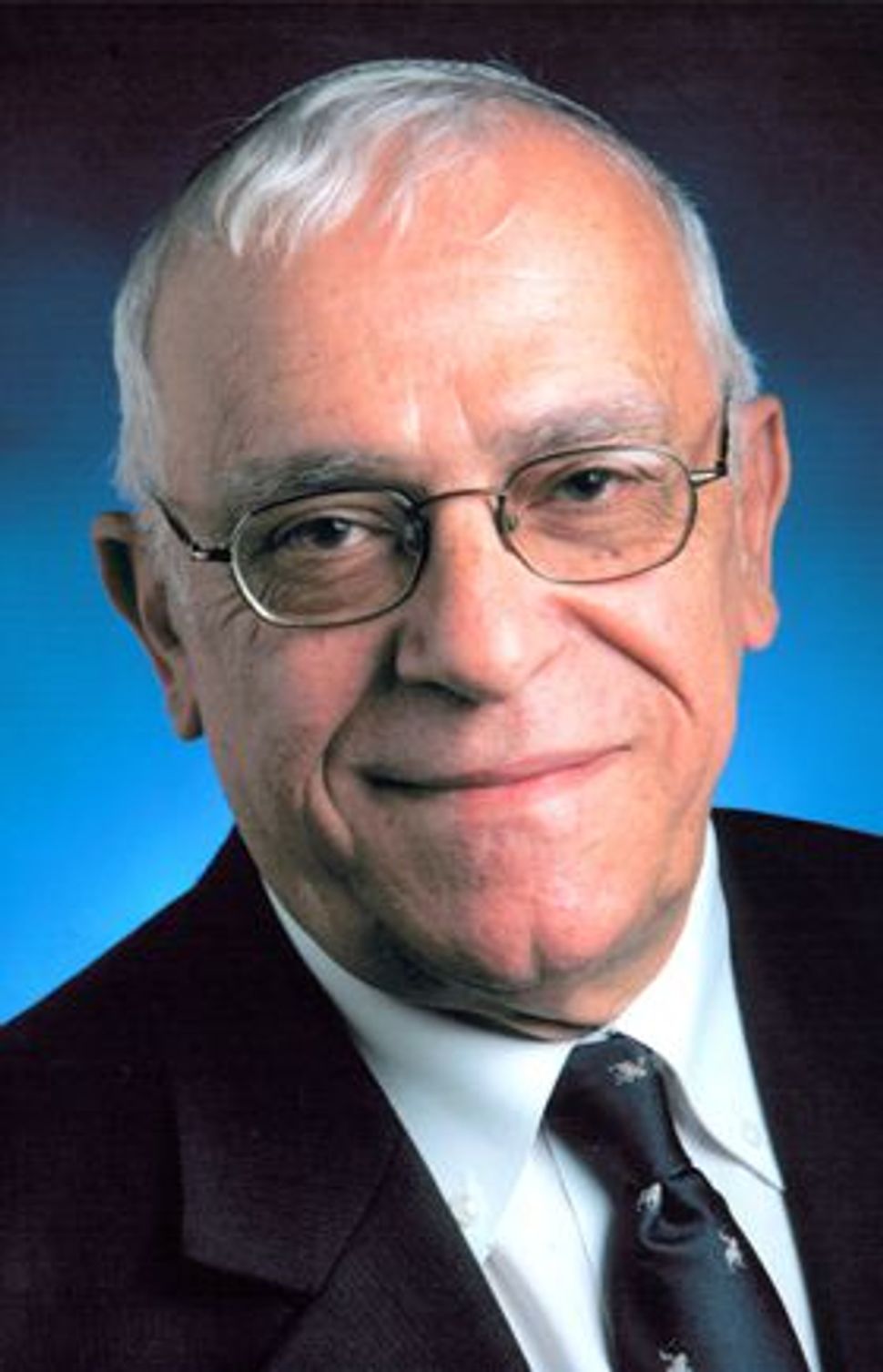 The Expert: Hayim Tawil?s ?Lexicon? is a watershed study. Image by COURTESY OF JEWISH PUBLICATION SOCIETY

Reading the Tanach, the Hebrew Bible, is tough. For one thing, it’s very, very old, and not refracting the text through our 21st-century prism is difficult. For another, it’s written in two odd languages, Hebrew and Aramaic, in such a way that even those familiar — even fluent — in these tongues find that the simplest passages beg analysis. 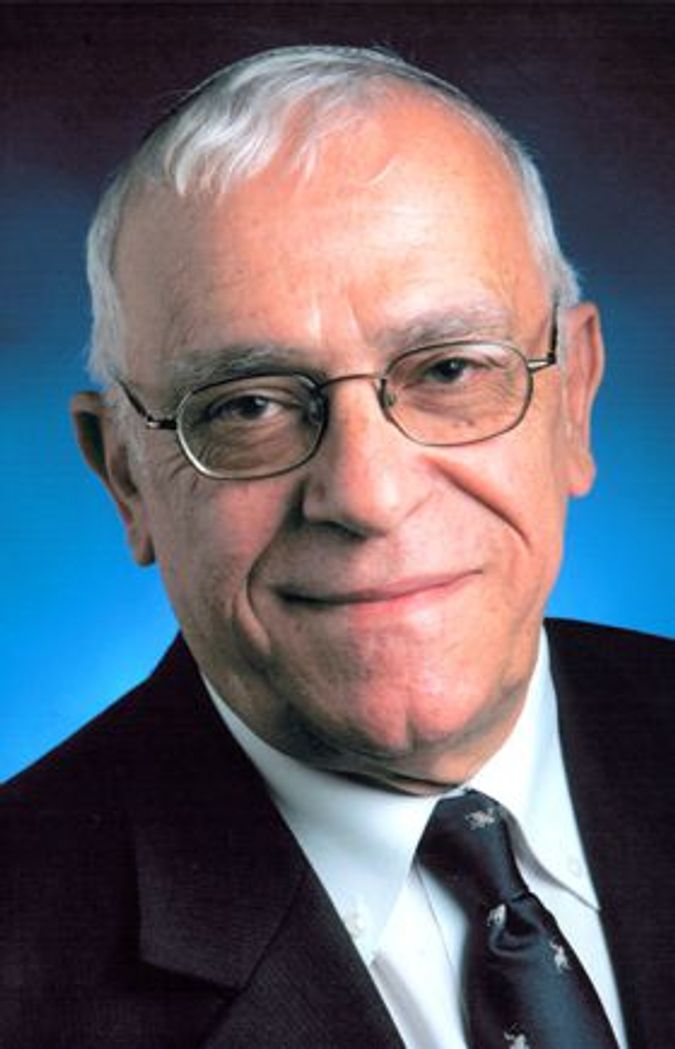 The Expert: Hayim Tawil?s ?Lexicon? is a watershed study. Image by COURTESY OF JEWISH PUBLICATION SOCIETY

“What’s the p’shat?” — the basic meaning of the text — is the toughest question of all.

Where does Akkadian fit into this question? What indeed is Akkadian? The word itself comes from the place name “Akkad,” which is found in the Bible and is a reference to an ancient city of Mesopotamia and also to a third-millennium BCE Mesopotamian dynasty. Akkadian, written in cuneiform — Mesopotamian wedge writing — left to right, on clay tablets, is actually a generic term for the languages spoken by the Babylonians and the Assyrians. These two peoples dominated the Tigris-Euphrates region of Mesopotamia, and far beyond, for centuries, and developed a vast literature. The narrative portions of the Tanach contain many references to Assyrians and Babylonians, mostly as enemies, and almost always in terms of wars, conquests and exiles.

From Abraham (an erstwhile resident of Ur in Mesopotamia) onward, Ashur and Bavel are a constant trope in the Hebrew Scriptures, and Akkadian, as a Semitic contemporary of biblical Hebrew and Aramaic, is a truly invaluable — and underused — resource in the understanding of biblical words, expressions, usages and concepts. Now Hayim ben Yosef Tawil’s “Akkadian Lexical Companion,” directly compares the Akkadian and biblical Hebrew in an effort to explicate difficult words, idioms, phrases and whole verses in the Bible. And the book succeeds. The paradoxical fact is that Akkadian lexicography is further advanced than that of biblical Hebrew, and Tawil exploits this discrepancy for our benefit.

A professor of Hebrew studies at Yeshiva University, Tawil has written on many aspects of the application of Semitic languages to the understanding of biblical philology; his work flows from the pioneering efforts of Moshe Held, Umberto Cassuto and William Foxwell Albright. Wearing another yarmulke, Tawil played an early leadership role in the success of Operation Esther, which facilitated the immigration to Israel of the last Jews of Yemen. With the “Akkadian Lexical Companion,” Tawil is a leader in this field, as well.

The remarkable thing about this watershed lexical companion is that such a lexicon was not done earlier. After all, serious study of Semitic languages and comparative philology — and especially of Akkadian — has been standard for almost a century, and there are scholarly dictionaries of Assyrian-Babylonian. Yet, until Tawil’s effort, there was no work that connects the dots between biblical and Akkadian usage for the purpose of elucidating the Hebrew Scriptures.

The “Akkadian Lexical Companion” is a dictionary — but not a standard one. Two features characterize it: First, the dictionary not only gives the reader Akkadian equivalents to the Hebrew words of the Bible, but offers idiomatic usages, as well. This is enormously useful in parsing the meanings of many texts. For example, the curious locution “ish lashon” (“person of language”) in “Let the ‘ish lashon’ have no place in the land” (Psalms 140:12) is clarified by the Akkadian as follows: In Assyrian historical documents, “sha lishani” is idiomatic for “slanderer” or “informer.” The Psalmist’s “Let the slanderer have no place in the land” now makes perfect sense.

Furthermore, where the lexicon is at its best, it elucidates difficult biblical passages. We learn from Akkadian, for example, that the Aramaic “even g’lal” (“great stones”) of Ezra 5:8, which the King James Version has as the building blocks of the Temple, were in fact “selected stones,” and this makes more sense in context.

The second characterizing feature of the “Akkadian Lexical Companion” is that it places the parallels of the biblical locution and the Akkadian text in the full biblical context: The book is laid out so that readers are shown not just a single word, but the entire verse, together with the source material in Akkadian.

Additionally, valuable for the scholar and casual user alike, Tawil includes a seven-page, well-crafted essay on Akkadian — its history, phonology (what the words look and sound like) and grammar. One can quibble about some details: For example, can all Semitic verbs and nouns be traced to an original tri-literal, rather than bi-literal, root, as Tawil claims? (The jury is yet out on that one.) Nevertheless, the essay is a splendid conspectus on what the history, significance and phonology of Akkadian are all about.

It is to be expected that in a pioneering lexical effort there will be errors. In Tawil’s case, these are errors not of commission — he is a master of Akkadian and its biblical connections — but of omission. There are bound to be oversights in a work of this magnitude. I searched in vain for the Hebrew mela’kha (often mistranslated as “work”), which has the meaning of “endeavor” or “project”: The Akkadian shipru, used in qata shaparu, “to extend one’s hand,” is clearly analogous to the biblical mishlakh yad, “extending the hand to aid in one’s endeavor.” But there is no mention of “mela’kha” in the “Akkadian Lexical Companion.”

The insight of pioneering Semitic philologist Held was that the connection of shipru to mishlakh yad makes sense when we recall that the word mela’kha ultimately derives from the idea of “sending,” as in mal’ach, “a messenger.” And how about the Hebrew ‘amoq, “deep”? The Akkadian emqu means “wise,” a direct equivalent of the biblical “Me’od ‘amqu mahshevitekha,” “Your thoughts are ‘deep’” — that is, they are “wise.” An entry on this nuanced word would have been welcome, as well.

But the net loss to the book resulting from these omissions is relatively minor. The “Akkadian Lexical Companion” is still a major contribution to the field of biblical scholarship. Tawil is an outstanding scholar of Semitic philology, and for the next edition of this estimable work, he will surely note its oversights and fill its gaps. In the meantime, the “Akkadian Lexical Companion” will be an important resource not only for scholars, but also for the general reader in search of the p’shat.

Jerome A. Chanes is the editor of the forthcoming “The Future of American Judaism”(Trinity/Columbia University Press).

Why We Need Akkadian